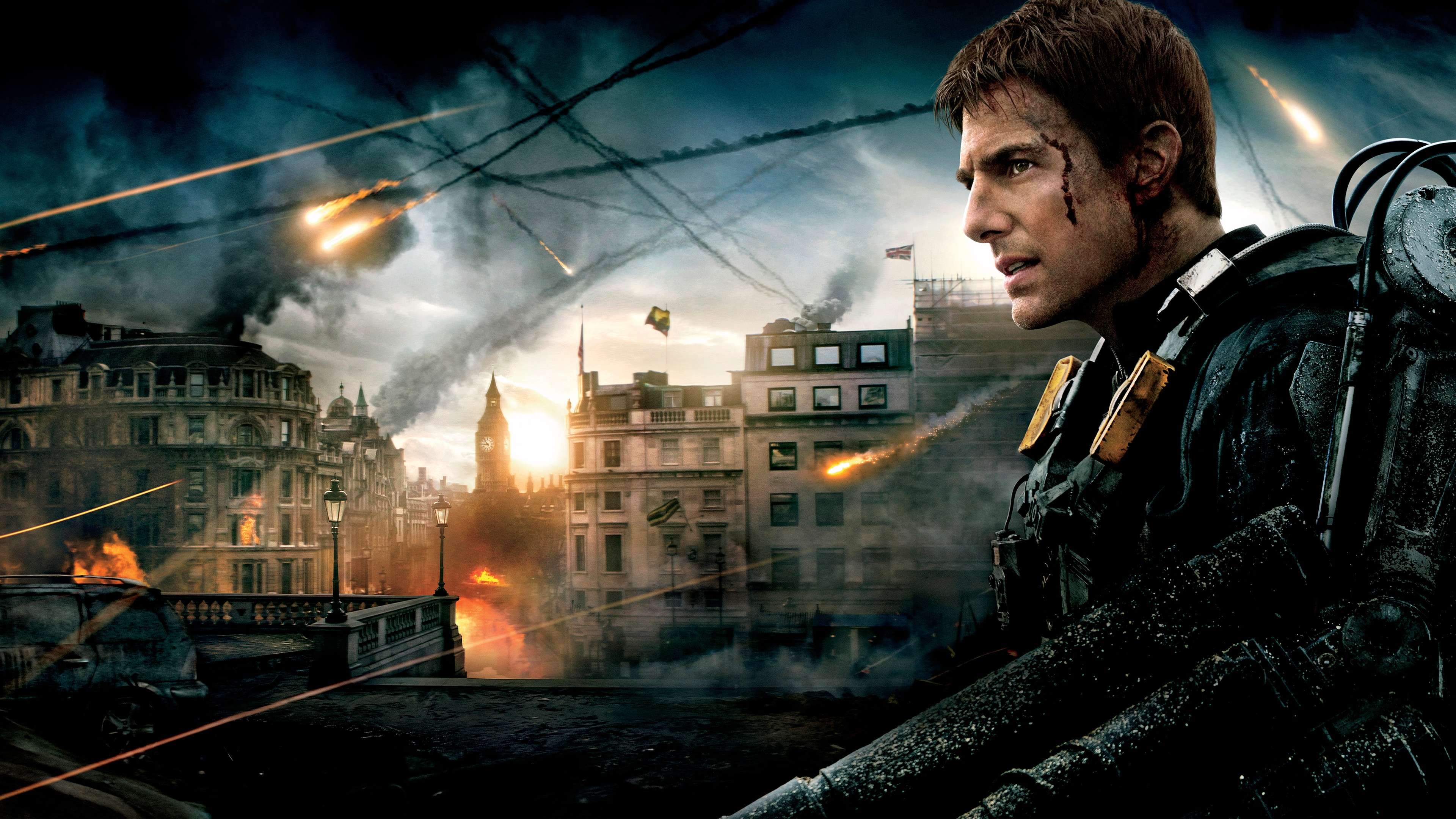 Edge of Tomorrow – The Review

You have to hand it to Tom Cruise. He has had his fair share of bad PR and has endured a great deal of ridicule and criticism over the past few years but he still manages to come up with the goods when it matters. He’s one of the most successful movie stars on the planet with a very impressive body of work. It would be very easy for him to rest on his laurels and just cruise (sorry) from one formulaic film to the next, collecting monster paycheques along the way. Instead, he seems to revel in making bold choices – working with different directors, finding and developing exciting scripts, pushing the envelope in terms of storytelling and effects and, most important of all, taking risks.

Edge of Tomorrow is no exception. It’s a cracking, intelligent, engaging and darkly comic action thriller.

It’s also one of the best sci-fi films of the last few years. 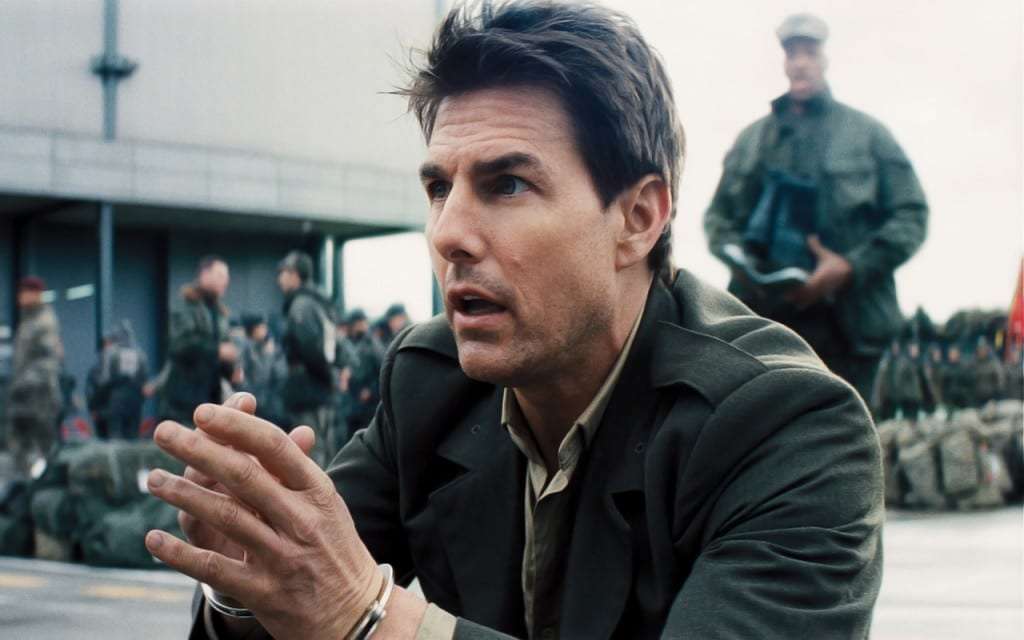 The set-up is straightforward enough – in the near future, an alien race (called Mimics) has invaded Earth and all-but defeated the world’s military units. Cruise plays Major William Cage, a military officer who specialises in media relations but has virtually no trigger time, who is unwittingly deployed into a massive combat mission against the aliens on the coast of France. Cage is killed within minutes, but finds himself caught in a time loop, living the same day from the same point over and over again. The catch is – Cage must die to restart each loop. And with each loop, he begins to train relentlessly to prepare himself to outwit the aliens, teaming up with Special Forces warrior Rita Vrataski (played by Emily Blunt) to try and defeat them once and for all.

The refreshing thing about Cruise’s character is that he’s not your stereotypical, gung-ho, fearless, indestructible hero. He’s a military officer with a very cushy number who is literally thrown in at the deep end and he must dig deep and use the abundance of extra time he has been given to try and save mankind. 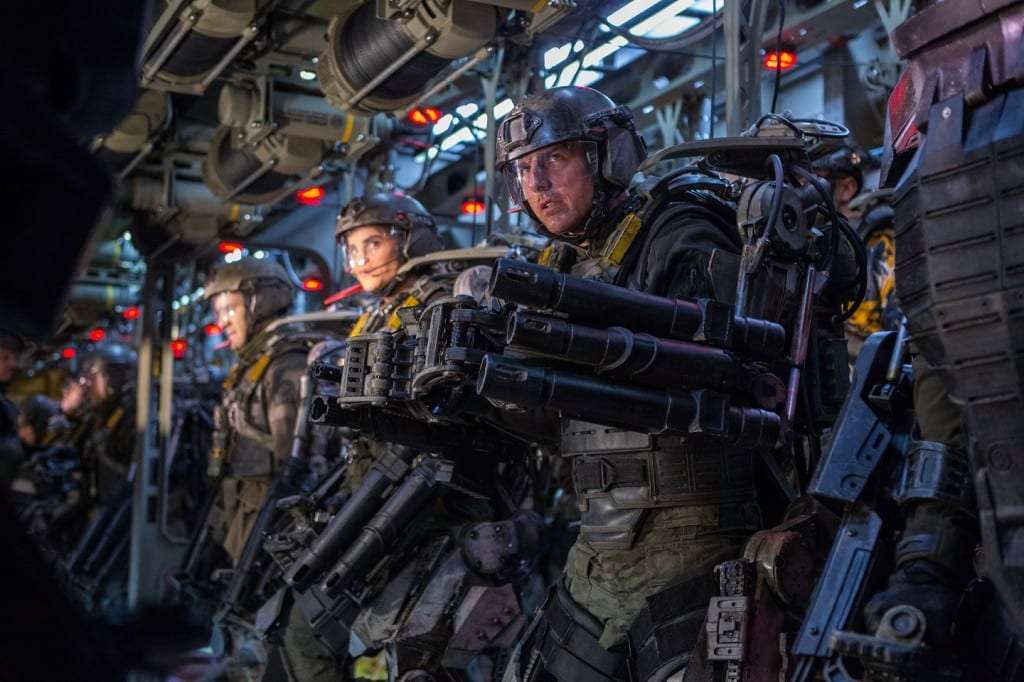 Director Doug Liman (Swingers, The Bourne Identity) wastes very little time with exposition and rapidly plunges us right into the heart of a beach landing sequence to rival Saving Private Ryan. Thousands of troops land on the coast wearing impressive futuristic exoskeletons to help them fight the terrifying mimics. And we get to revisit this battlefield many times over, with Cruise and Blunt learning from their fatal mistakes and rectifying them in the next loop.

Liman does a great job of managing the many, many time loops, showing us just what we need to see with each reset, advancing the story and the mission a little bit further each time. 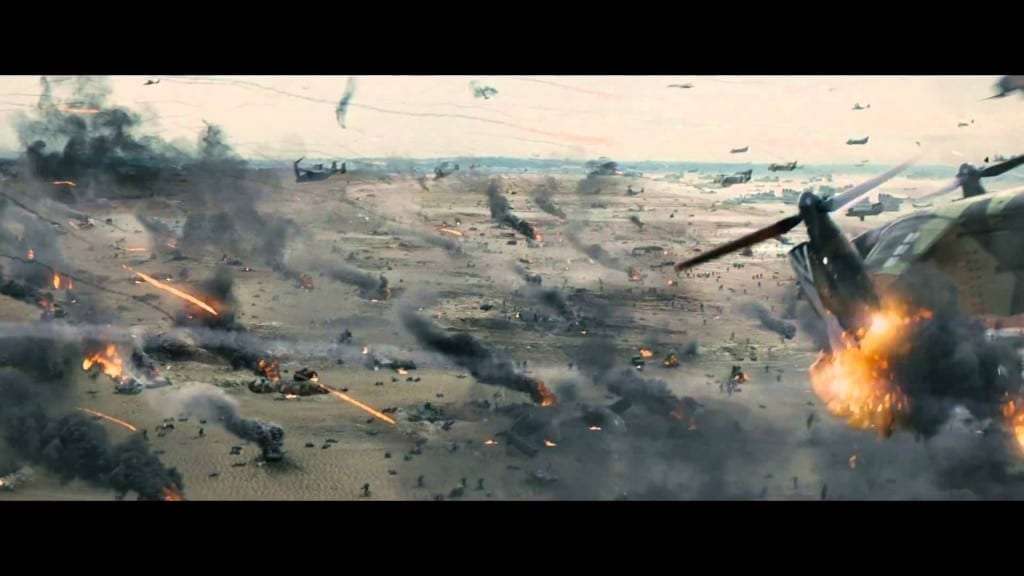 The design of the alien Mimics is very original and they are genuinely terrifying whenever they are on screen. The film, although never particularly gory, definitely pushes the boundaries for a 12A rating.

One of the most surprising things about the film is the liberal use of humour. It has several genuine laugh-out-loud moments, most of which revolve around Cruise meeting his end in a series of darkly comic ways. He seems to be having a lot of fun here and, despite being 52, is showing no signs of letting up in the physical action stakes. 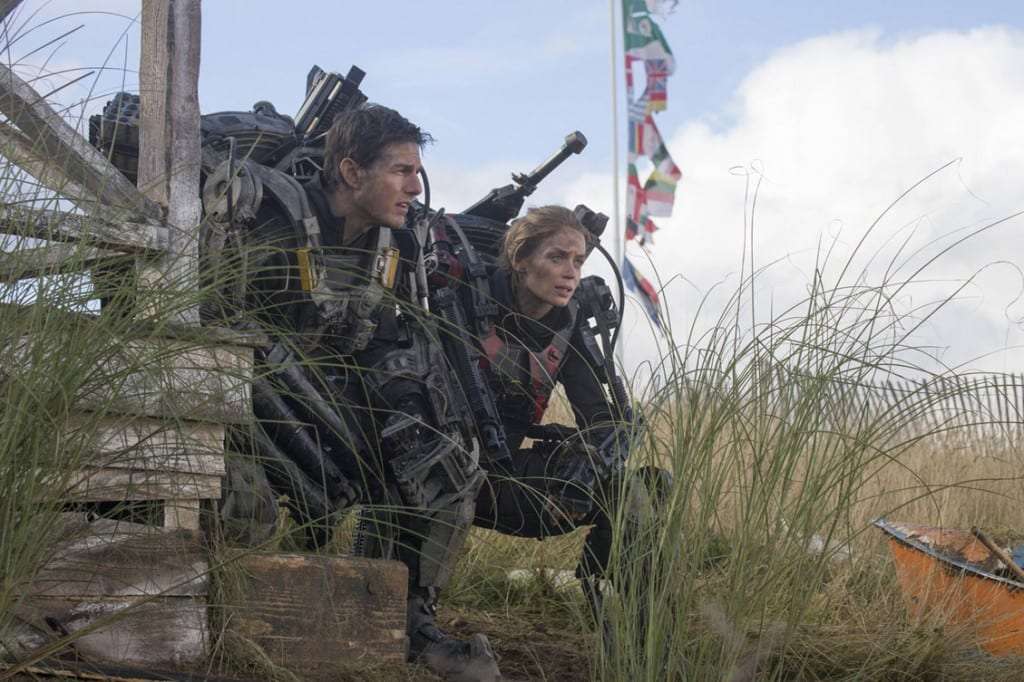 The film boasts a strong supporting cast too. Brendan Gleeson is reliable as always as Cage’s commander. Emily Blunt does a terrific job as the battle-hardened, no-nonsense Angel of Verdun, nicknamed the “Full Metal Bitch.” And it’s great to see Bill Paxton (Aliens, The Terminator) on the big screen again, being utilised to his full potential. Between this and his recent stint on Marvel’s Agents of S.H.I.E.L.D. I hope this is the start of a career resurgence for Paxton.

Sure, there are shades of Groundhog Day, Elysium, Source Code, Saving Private Ryan and a host of many other time travel, science fiction and war films, but Edge of Tomorrow somehow still manages to come out the other end feeling wholly original. Doug Liman has already shown that he is very adept when it comes to action (Mr. and Mrs. Smith, The Bourne Identity) but with Edge of Tomorrow he has established himself as a very credible sci-fi director too. Based on this I wouldn’t mind seeing him take on one of the Star Wars spin-off films in the next couple of years.

There are a couple of minor plot holes here and there. The grand finale doesn’t QUITE reach the dizzying heights of the incredible beach sequences that make up much of the film’s first half. And the ending will no doubt generate much discussion and light up internet message boards with theories and opinions. But isn’t that what great movies do?

Edge of Tomorrow is a whole lot of FUN, unlike a few recent po-faced blockbusters (I’m looking at YOU, Godzilla). See it with a large audience and enjoy.