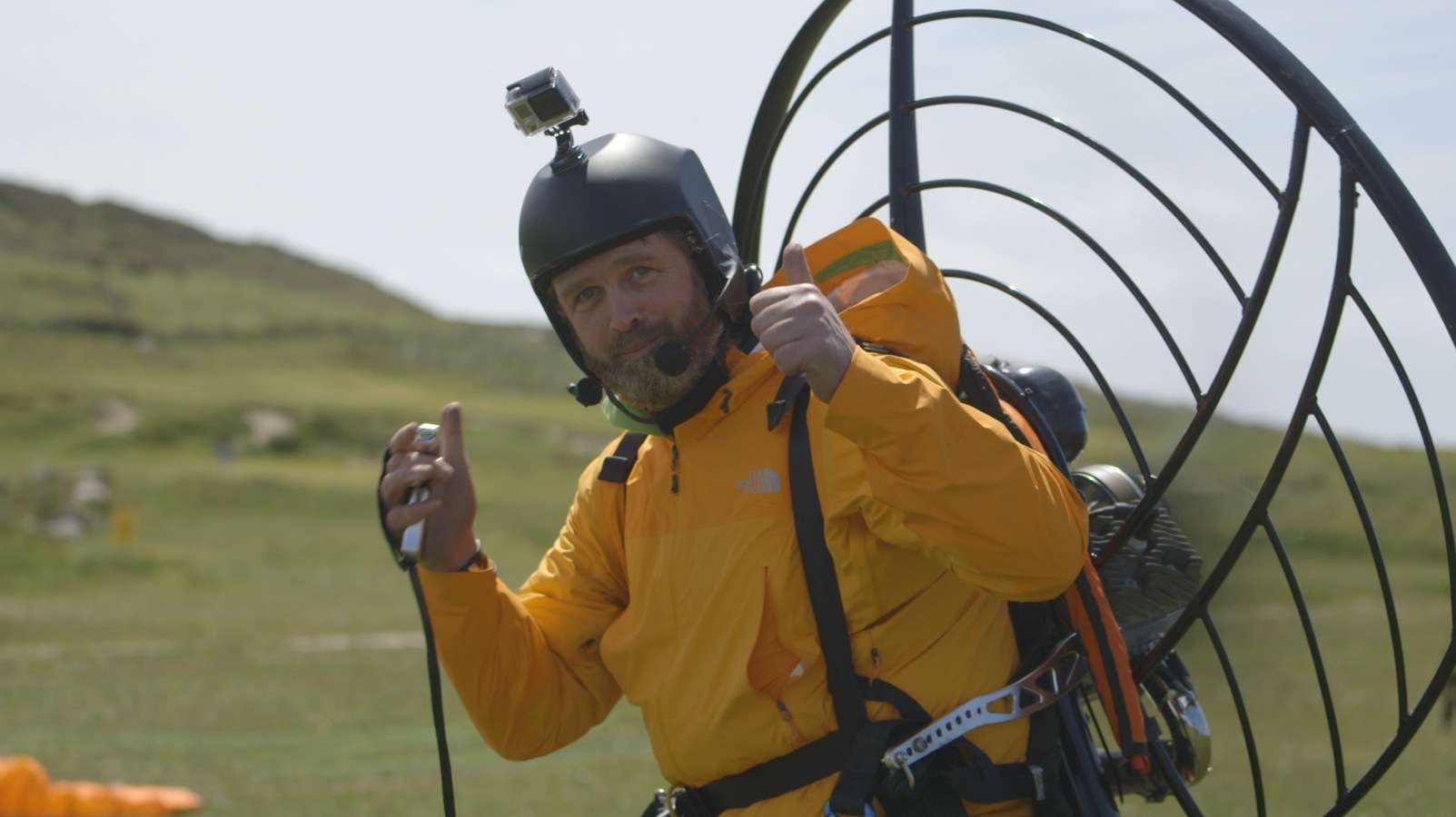 Kerry adventurer and polar explorer, Mike O’Shea¹, has become the first person to fly from Mizen Head to Malin Head by a paramotor², navigating his journey and monitoring his health through hazardous conditions using mobile technology. 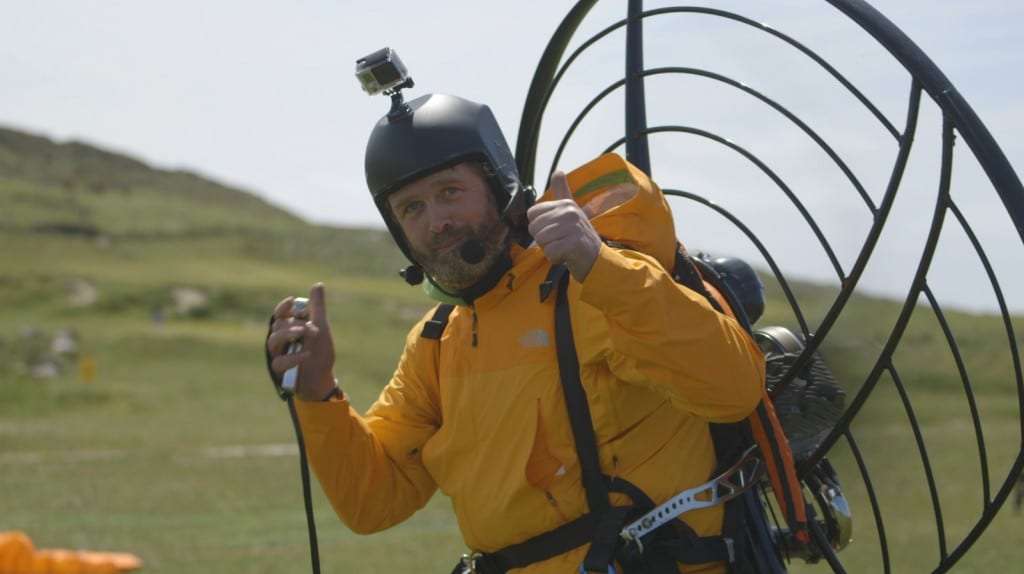 Travelling at heights of up to 10,000 feet with temperatures reaching below zero, the adventurer completed the 590km journey over three days³.

His flight was supported by Vodafone Ireland to mark the launch of the Vodafone Firsts programme here, a global initiative that encourages people to do something remarkable for the first time – with   mobile technology at the core of their adventure.  A video of Mike’s journey can be viewed at www.youtube.com/VodafoneIreland 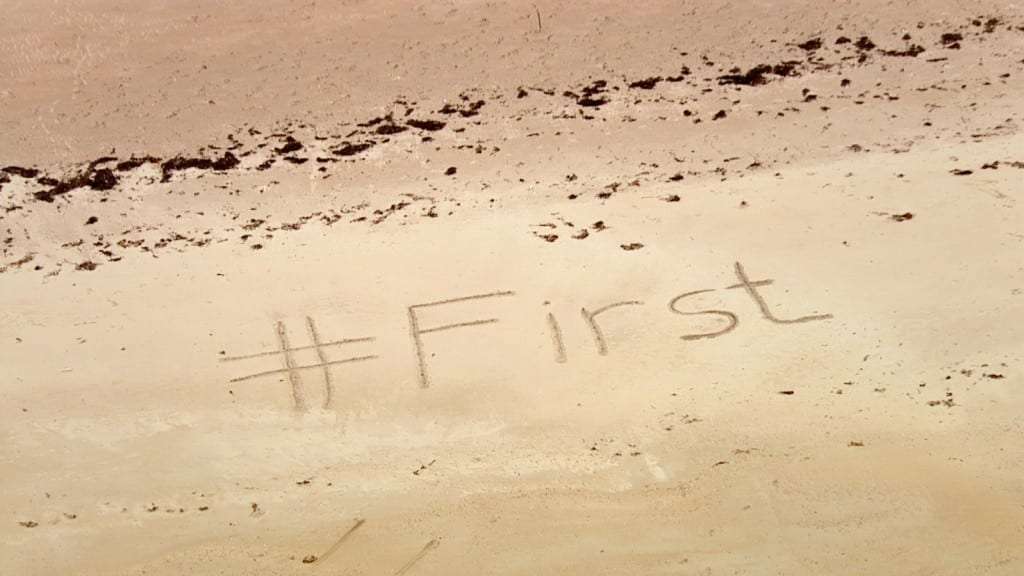 The adventurer’s route took him past some of Ireland’s iconic landmarks including picturesque Inch Beach, the dizzy heights of the Cliffs of Moher and Benhulben Mountain.  The changing weather conditions and strong gusty winds that threatened to scupper the flight were monitored closely by his support team using mobile phones and tablets.

GPS tracking enabled ground-to-air tracking of O’Shea during the flight when clouds obscured visibility, with the team able to check in regularly with him and the helicopter that shadowed the entire flight via high definition mobile calls which picked up even the faintest transmissions.

O’Shea also wore a smart watch which enabled the team to monitor vital signs including the strength of his heartbeat at all times. 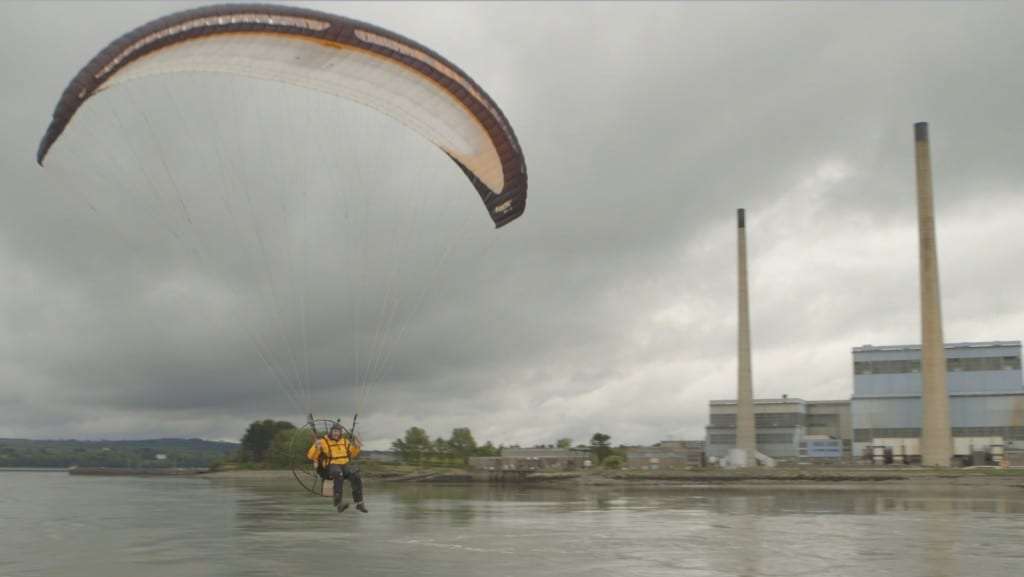 Mike O’Shea said: “I’m always on the lookout for new challenges and the chance to take on a new adventure.  Becoming the first person to paramotor from Mizen to Malin has been a personal ambition since I first took up this sport and I’ve been able to achieve it thanks to Vodafone’s support and technological expertise.

“I’ve achieved many things in my life but this certainly ranks up there with the best of them. And the great thing is that I can also share it with anyone who wants to watch!”

Anne Mulcahy, Head of Brand, Vodafone Ireland, said: “Mike’s ground breaking adventure became a reality through guts, determination and state-of-the-art mobile technology that saw him safely through extremely dangerous conditions.  We’re thrilled that Mike has achieved a personal ‘First’, both for him and for paramotoring in Ireland.  Mobile technology can enable people to do amazing things for the first time. We would like to encourage everyone to get involved and share their experience of their own First.” 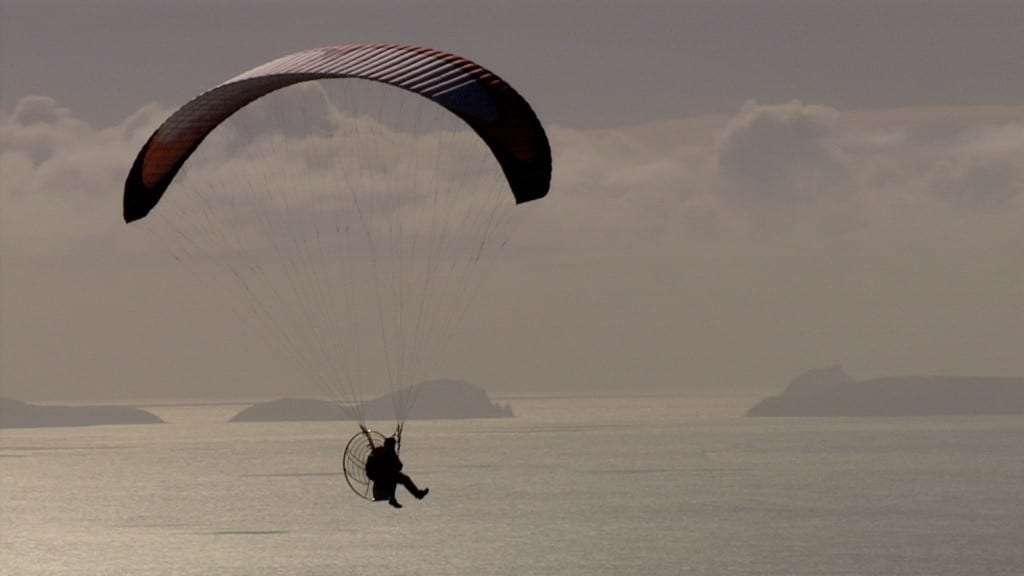 Mike O’Shea’s career as an adventurer began at the age of 13 when he started climbing in the McGillicuddy Reeks near his home in County Kerry.  His adventurous spirit led him to be one of the first people in Ireland to gain the Gold Gaisce Presidents Award.  From there he went on to climb extensively in the European Alps and internationally while also finding time to volunteer in Kerry Mountain Rescue.

As well as being a keen paraglider and paramotorist, Mike is also a keen skier, and has recently moved on to SpeedFlying to further add to the adventure!

Mike O’ Shea has crossed Lake Baikal in Northern Russia, Chile’s North Patagonian Icecap and the Southern Icecap on Kilimanjaro as part of The Ice Project as well as attempting to reach the North Pole on two occasions.

² Also known as powered paragliding  it involves a small motor with propeller, worn like a backpack,  under a paraglider wing. Further information : http://www.bhpa.co.uk/sport/power/paramotor/

³The Mizen to Malin flight took place over three days from on Sunday, 18th May to Wednesday, 21st May 2014.