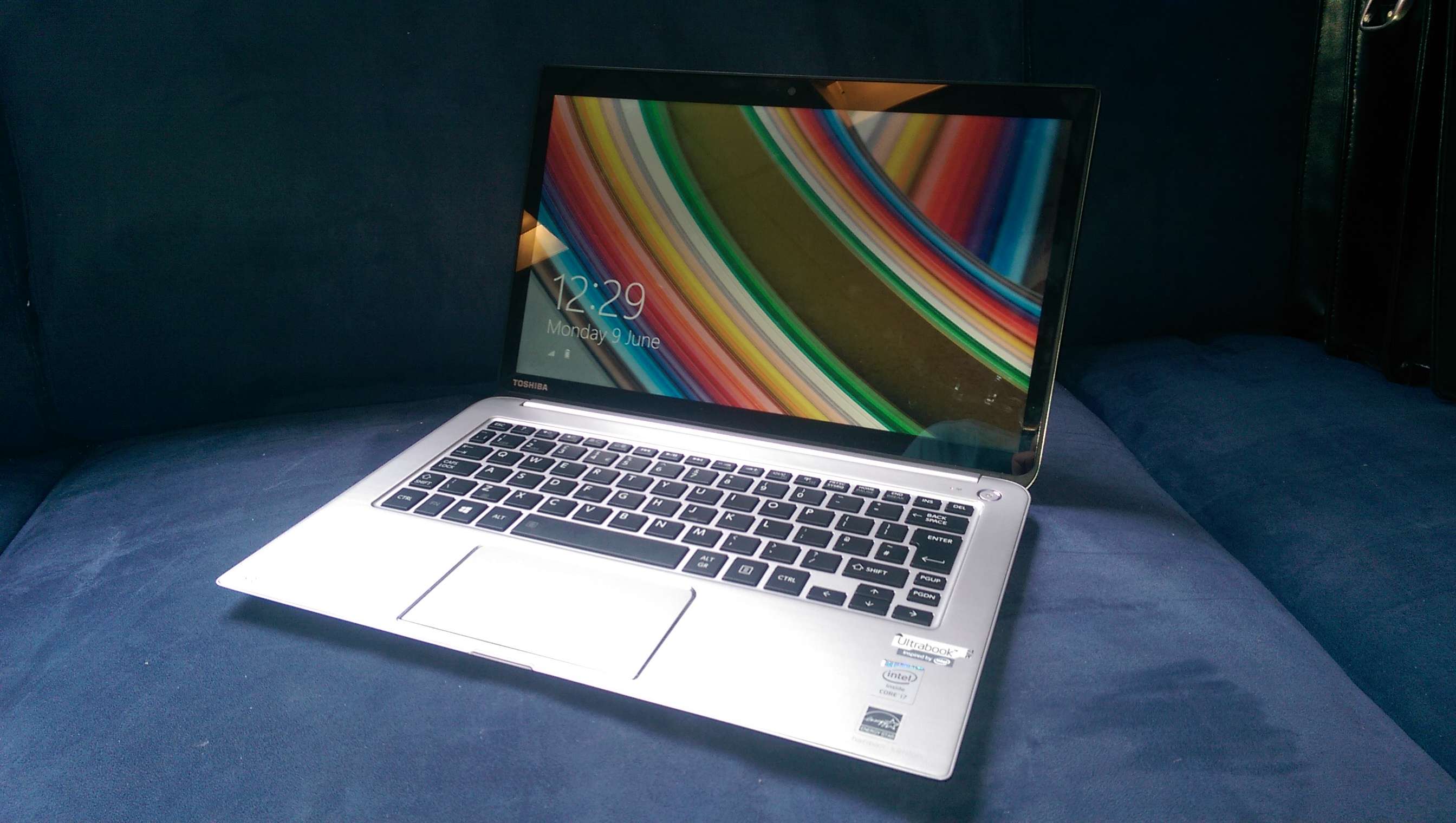 Toshiba’s latest super slim Ultrabook, the KIRAbook, offers up some serious competition to the other super slim competitors out there from the likes of HP and Apple but can it hold it’s own? Read on to find out what we thought of the Toshiba KIRAbook. 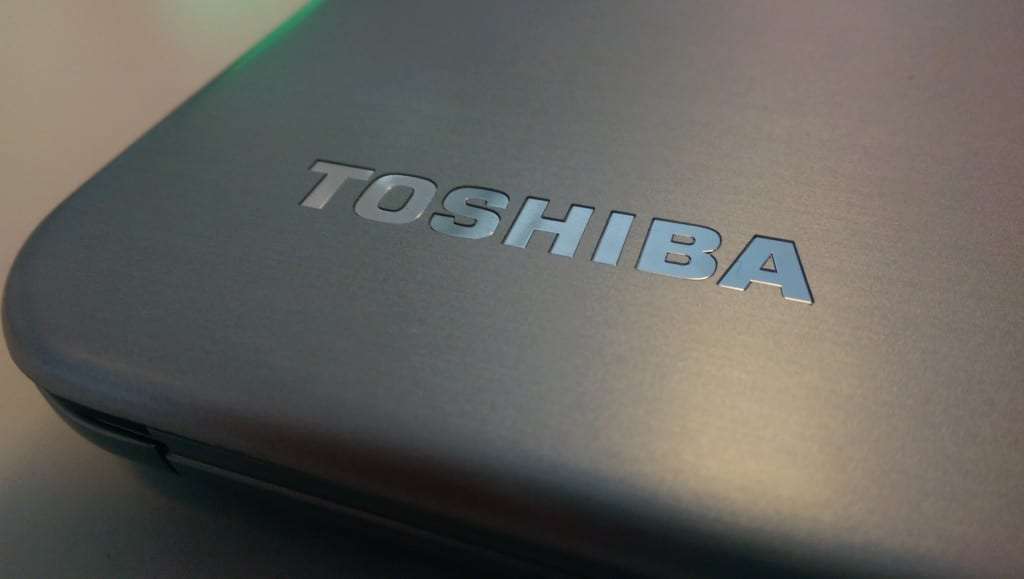 The KIRAbook is definitely quite the looker. with a thickness of just 0.7″ and a nice brushed metal finished, you would have no reservations whipping this out along side a Macbook Air. The keyboard is nice and tactile and the 13.3″ touch screen has a super high resolution of 2560 x 1440 so everything looks stunning on the display. 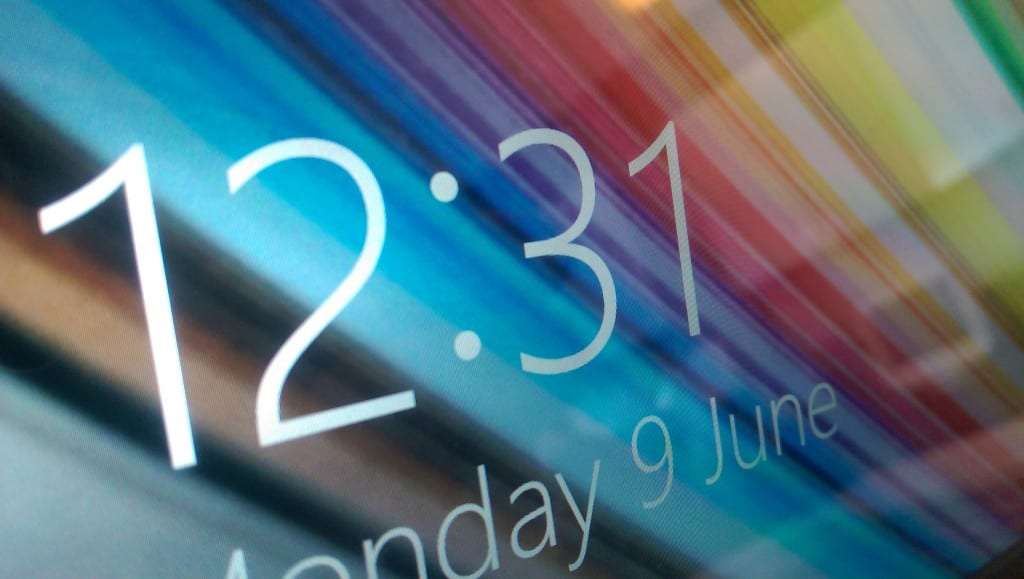 Unfortunately, there isn’t much content currently out there to truly show off this great display but I guess it’s only a matter of time. In terms of the trackpad and keyboard, Toshiba still uses keys that are just a little shorter than most, meaning most of the keys are just off being perfectly square. Once you get used to the spacing, the KIRAbook is easy to type on, and the keys offer pretty good travel for a scrabble-tile like keyboard and a nice, even backlight. The Synaptics touchpad is about as good as Windows laptops get and it’s reasonably accurate. We had no issues with palm rejection, and the Windows 8 touchpad gestures and other functions, like two-finger scrolling, worked as expected. 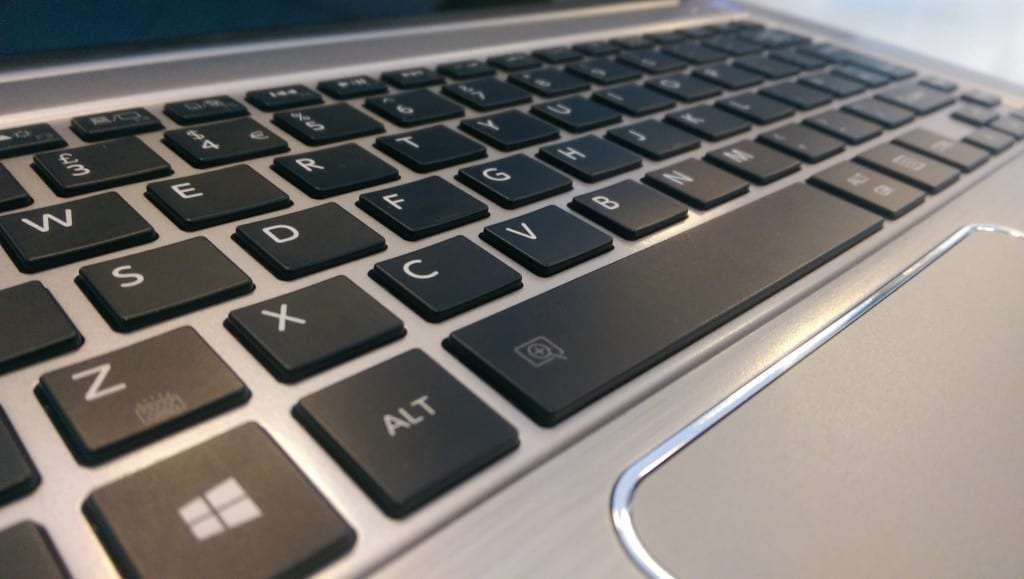 Being such a thin ultrabook, you would be imagine it to be quite fragile but that isn’t the case. The KIRAbook is extremely sturdy both open and closed and I had no issue putting it into my backpack, without a case, and not worrying about it.

The KIRAbook has 3 USB ports, a HDMI port, SD card slot and a 3.5mm headphone jack. These should be more than adequate for everyday general use. 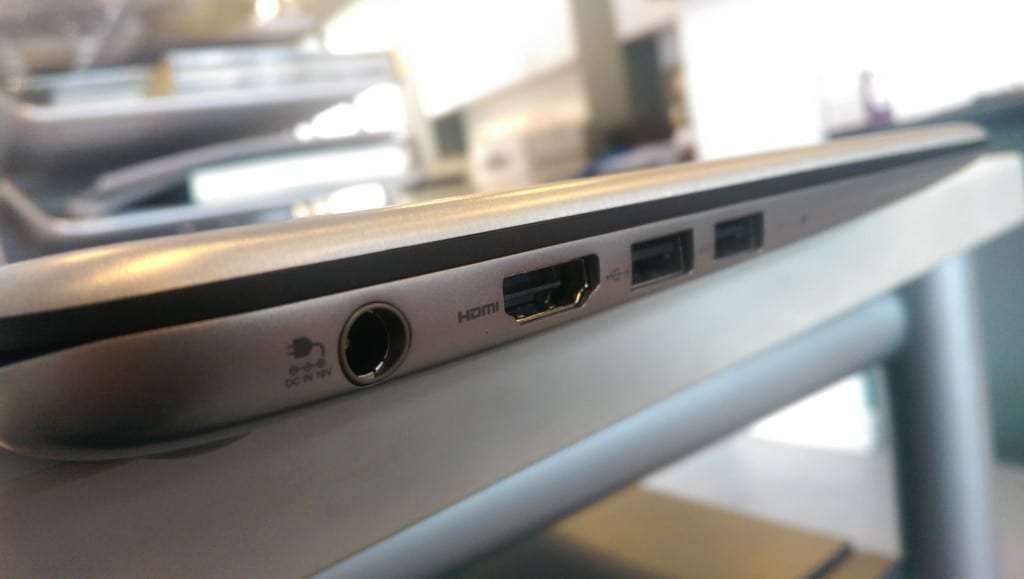 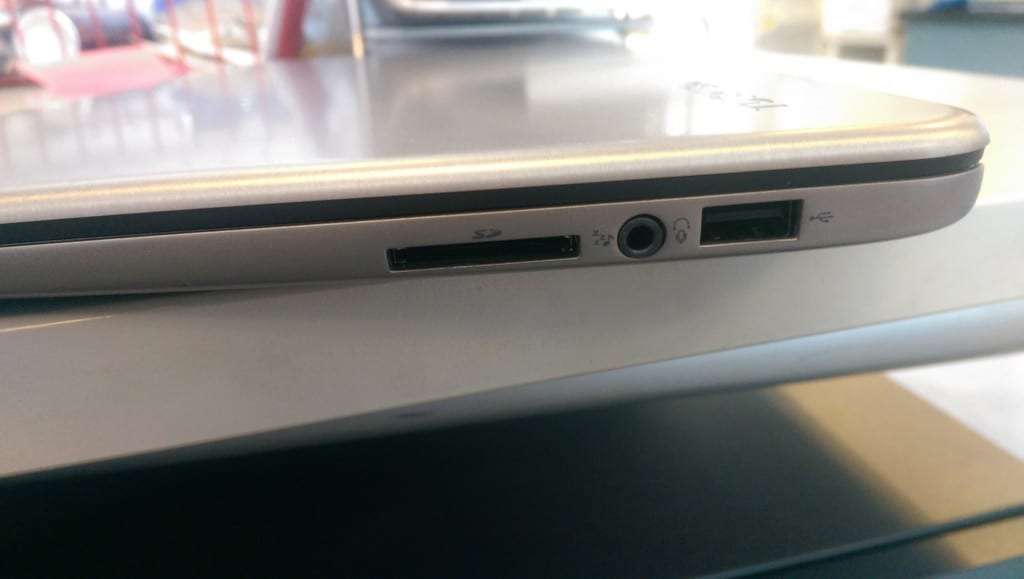 The model we tested was running windows 8 with an Intel Core i5 processor. We didn’t experience and issues or stalls in our time with the device and the added touchscreen made using the KIRAbook much more practical and enjoyable. With Microsoft themselves still ironing out kinks in the Windows software, we can only see the functionality of this laptop becoming better.

The sound quality is something we’d also like to note purely for how impressive we found it for such a thin device. The Harmon Kardon speakers really did hold their own and had crisp, clear audio. 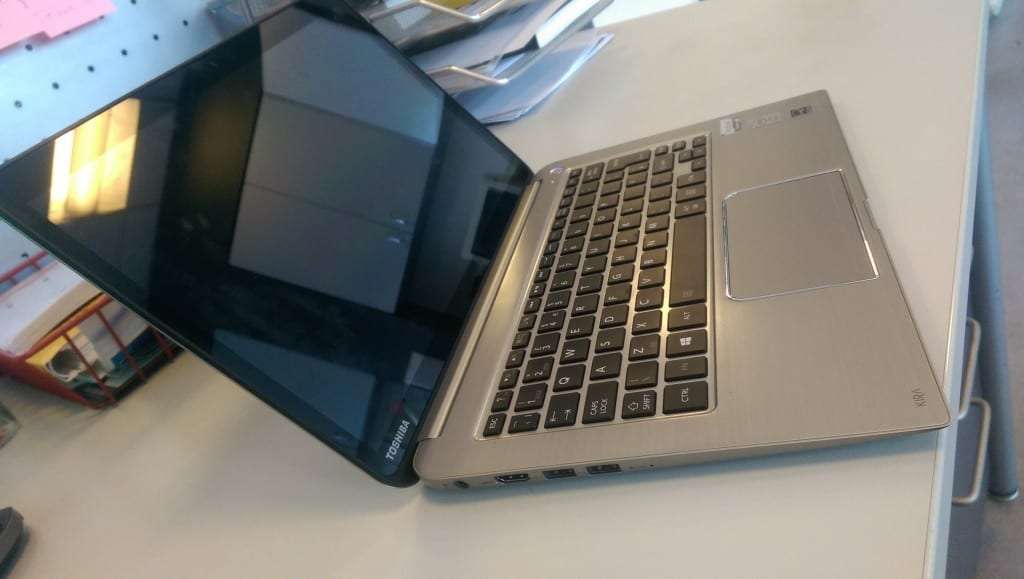 The model we used had 8GB or RAM and a 256GB SSD which was more than enough for everyday programmes and media we wanted to install.

Overall, we really enjoyed our time with the Toshiba KIRAbook. We would recommend this Ultrabook in an instant if it weren’t for it’s high price tag. Starting at €1499, the KIRAbook really is the top of the line when it comes to Toshiba laptops and the price tag reflects this. Admittedly, we can see the price tag scaring some potential buyers off but if you are willing to make the investment, the KIRAbook really is worth it with it’s super slick design and class leading features such as the Super HD screen.

Here is a breakdown of the full specs: