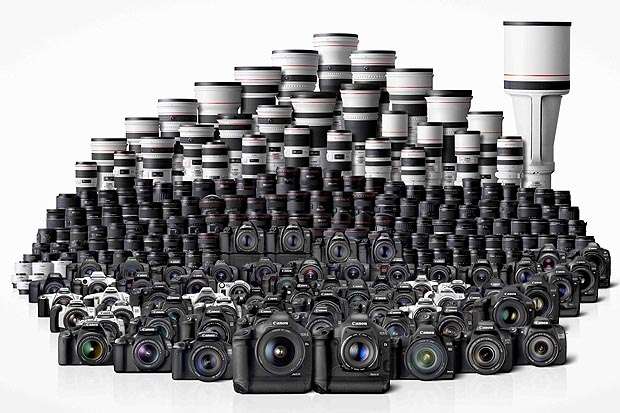 Happy Birthday to Canpn EOs-1 Series! 25 years ago, the EOS series made it’s debut with the world’s first AF single lens reflex camera and the rest is history.

A synonymous photography brand, Canon have become one of the pillars of professional photography devices. Congratulations on your anniversary and here’s to another 25 years! You can find the full press release below:

Canon’s EOS series made its original debut back in 1987 with the launch of the EOS 650, the world’s first AF (autofocus) single-lens reflex camera to employ a fully electronic mount system, capable of controlling functions including AF and aperture adjustment using electrical signals. Two years later, in 1989, the Company introduced its first professional EOS model, the EOS-1. Created to meet the advanced demands of professional photographers, the EOS-1 boasted cutting-edge technologies, class-leading levels of performance, new levels of ergonomics, high durability and reliability, and marked the inaugural model of Canon’s EOS-1 series.

Since this time, Canon has continued to demonstrate its commitment to the photographic industry by evolving its flagship-model cameras in order to consistently meet the requirements of professionals in step with the changing times. In 1994, at a time when professional photographers began to rely on AF capabilities offered by SLR cameras, Canon launched the EOS-1N. Compared to its predecessor, the EOS-1N provided a greater number of focusing points and increased predictive focusing when tracking moving subjects.  In 2000, the Company introduced the EOS-1V which featured a brand new 45-point high-density Area AF system delivering high-speed predictive AF of up to 9 frames per second.

With the dawn of the digital era, in 2001 Canon launched its first flagship professional Digital SLR (DSLR) camera — the EOS-1D, followed by the full-frame EOS-1Ds in 2002. Canon’s current flagship professional DSLR camera, the EOS-1D X, was brought to market in June 2012, and marked the EOS-1 series’ 13th model[1]. Offering an unparalleled combination of speed, resolution and image quality, the EOS-1D X has continued to garner strong acclaim from professional photographers working across a wide range of fields, from photojournalism and sports coverage, to commercial and nature photography.

Over the past 25 years the powerful flagship EOS-1 series has incorporated cutting-edge technologies and class leading levels of performance. These strengths have expanded across the entire camera line up from entry level models to professional. Canon has always consistently strived to produce exceptional cameras that expand the creative shooting possibilities and meet the evolving needs of photographers at all levels and will continue to do so in the fu