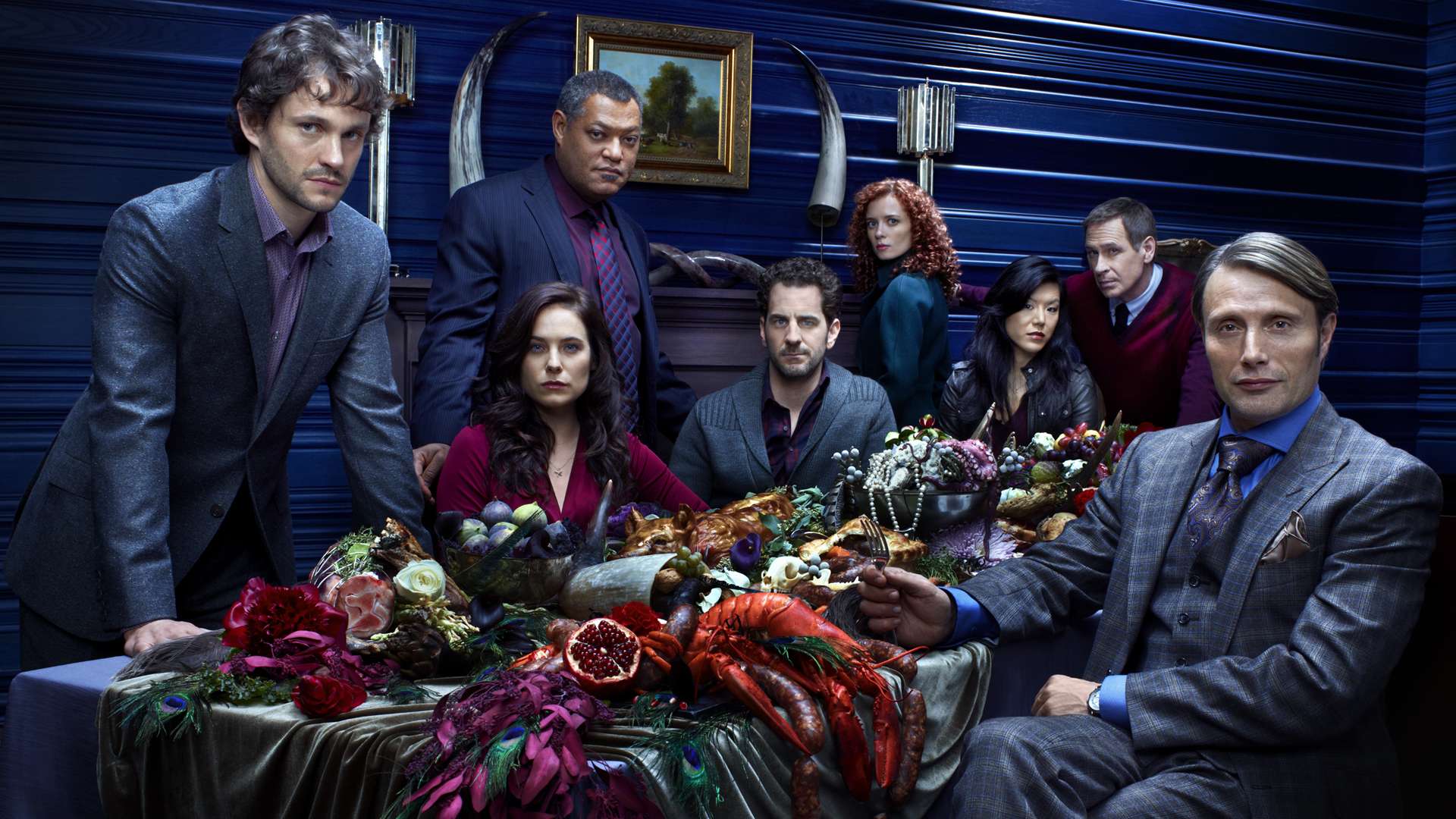 The continued exploration, in season two, of the notorious cannibal and serial killer Dr. Hannibal Lector (Mads Mikkelsen) and his relationship with the FBI is now in full ferocious swing with last week’s mid-point instalment, episode 7 “Yakimono“. The show maintains its bold choices that made season one so compelling and the series still does not shy away from the macabre and the shocking. This is true horror TV that retains the psychological thriller elements of the Silence of the Lambs in a way that is arguably more faithful and consistent to the source than some of the movie sequels that followed. From the creative ways a murder scene has been framed (see our previous article, Prime Cuts), through the deep psychological interactions of the main protagonists Hannibal and Will Graham (Hugh Dancy), to the new and, well, gruesome twists on classic recipes the series is something that is both unsettling and at the same time fascinating to watch. The bold choices are evident from the brutal and captivating opening fight sequence between two of the main characters that set up what is to follow in season two. 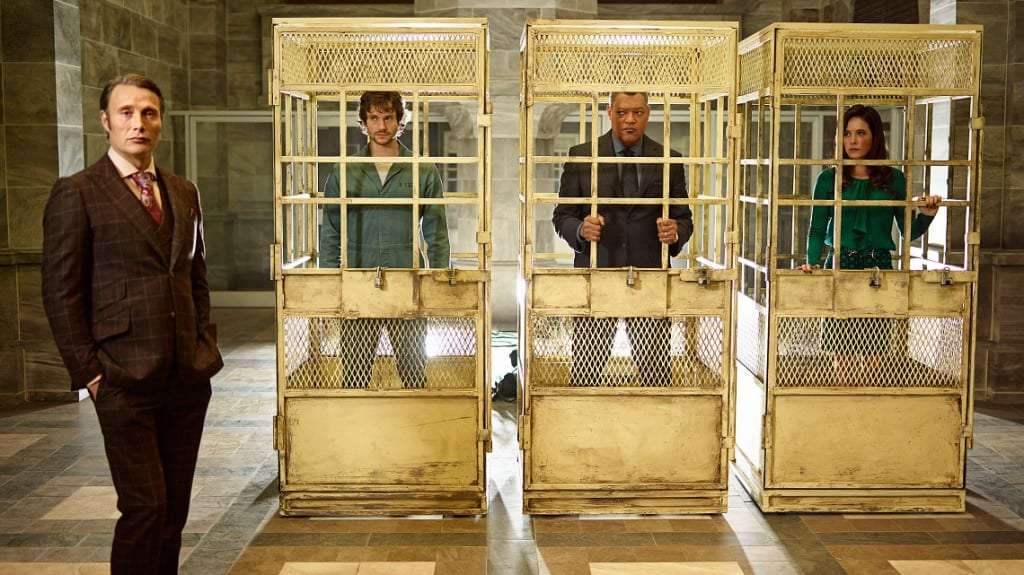 The season two opener “Kaiseki” finds former criminal psychiatrist, Will Graham, convinced by Dr Lector that he could be responsible for the murders committed by the “Chesapeake Ripper” and interned in the Baltimore State Hospital for the Criminally Insane. These shock waves reverberate around the Behavioural Analysis Unit (BAU) in the FBI and leads to an internal investigation and grisly court case. In the meantime Crawford (Laurence Fishburne) increasingly relies on Hannibal to consult on a series of kidnappings and brutal murders; whilst Graham continues to argue his innocence from prison and point to the possible connection between Hannibal and the Ripper case. 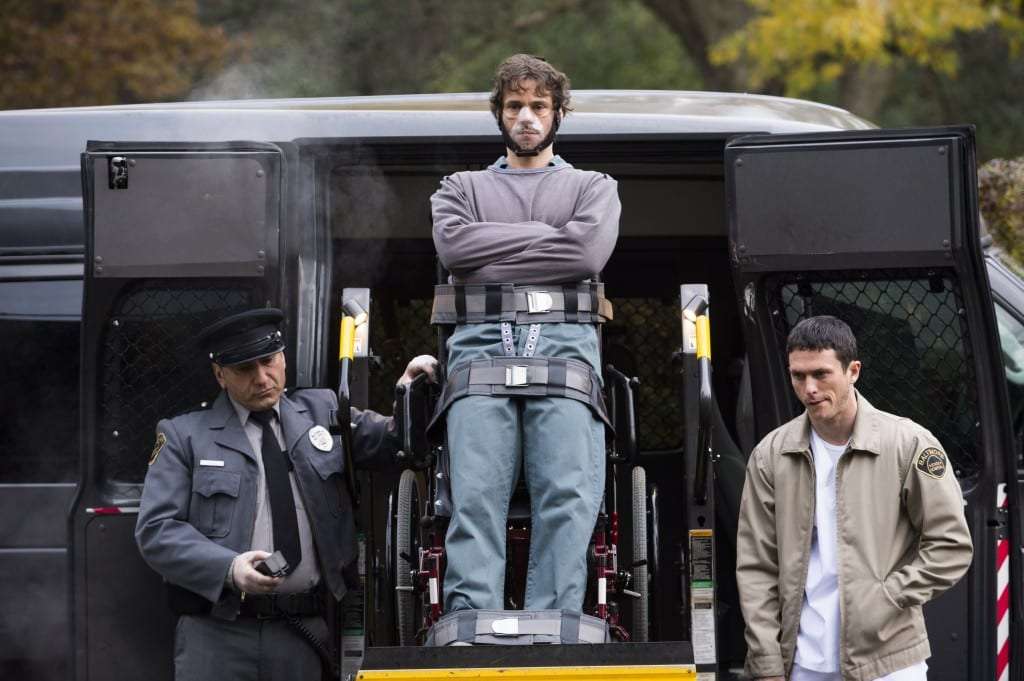 The complexities of all these relationships begin to close in on Hannibal in episode 4, “Takiawase“, with threatening and perilous consequences. The loss of an Agent triggers the BAU to consider the Ripper and copycat killings anew and examine all possibilities, including Graham’s assertions about Hannibal. A vengeful Graham from prison instructs a willing and inspired conspirator to kill Hannibal. In the attempt on Hannibal’s life the copycat killer is revealed! Ultimately, events in the episodes “Mukōzuke” and “Futamono” indicate that the Chesapeake Ripper is still free and active, which increases suspicion on Hannibal by close acquaintances. An unexpected discovery in one of the connected investigations leads to an abandoned farmhouse where Crawford makes an unexpected and potentially crucial break-through in the Ripper case – a missing FBI agent. With the evidence pointing towards a therapist, Hannibal now becomes a prime suspect. In episode 7, “Yakimono“, as Hannibal acts to implicate another target for the Ripper’s crimes the situation escalates with chilling, drastic consequences for those involved. 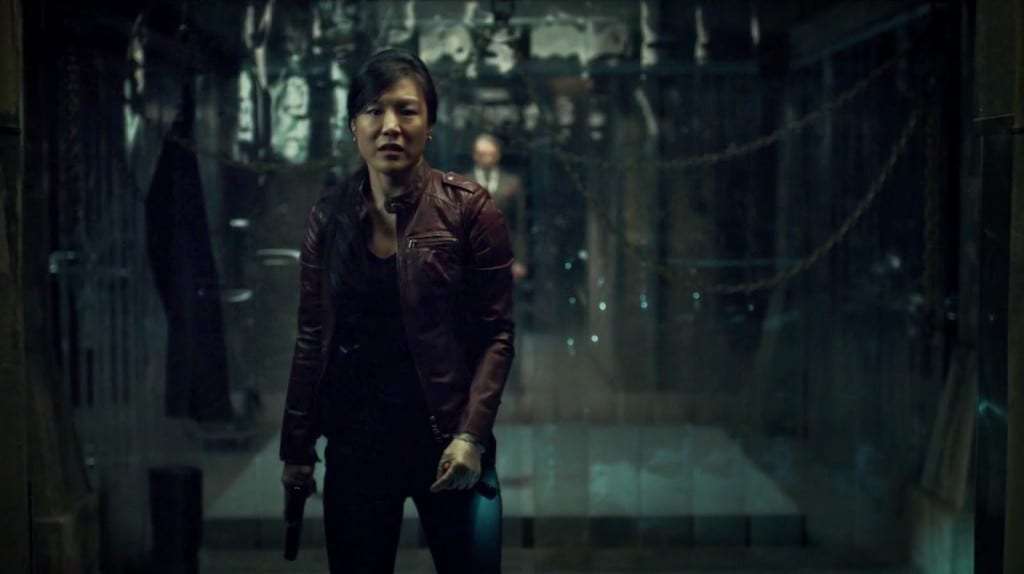 Whilst the mature and gruesome themes may not be for everyone’s palette and the heavy stylistic elements may be too much to swallow for others, Hannibal is a one of the best made series on TV at the moment. From the use of Japanese culinary terms for each episode through to the quick and snappy dialogue each week this is a thought-provoking show. For me season two also continues with the recognisable horror sensibilities born from the psychological thriller aspects of the Silence of the Lambs, Manhunter and Red Dragon. This connection to these films, in particular, provides excellent context for the show and in a sense raises the question: How does Hannibal get caught? The drama that unfolds and the investigation of the Ripper case slowly teases the answer and raises the anticipation of the audience. 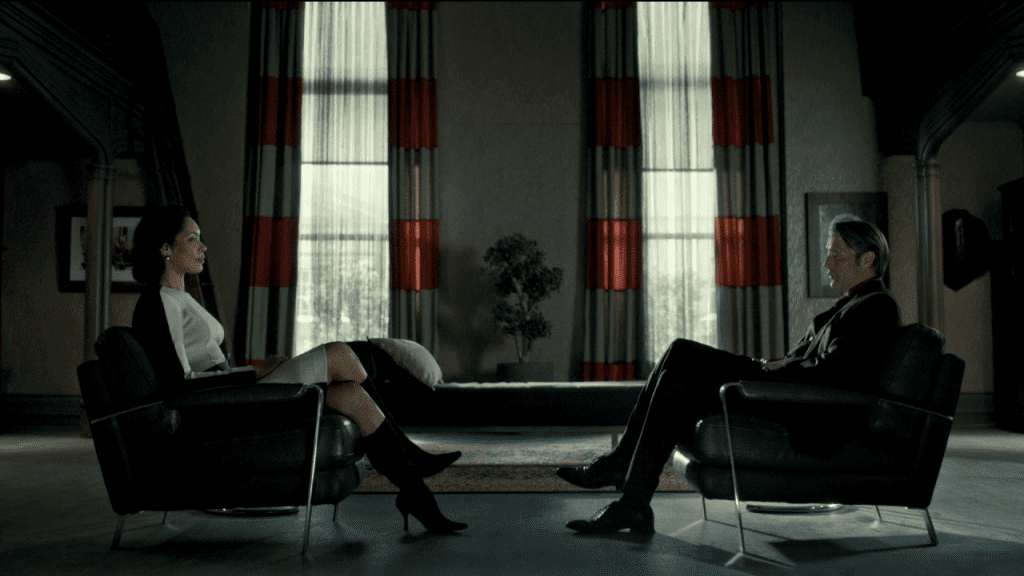 The entire cast is solid in their roles and add depth and flavour to the show; from season regulars like Laurence Fishburne, through minor parts that give unexpected weight to scenes such as those by Jonathan Tucker, to excellent flourishes from the guest appearances of Eddie Izzard and Gillian Anderson the cast add to this wonderful recipe. In particular, Mads Mikkelsen is superb as Hannibal bringing an eerie, isolated and impenetrable feel to the character. Mikkelsen also adds a freshness to the character (as does the TV series) that was frankly needed given some of the later films. Hugh Dancy is great as the tortured FBI criminal psychologists grappling with his own demons and managing his own boundary of sanity. His descent in to doubt about his own actions is expertly captured by Dancy.

One of my few issues with the show is its sometime reliance on the ease with which people (FBI, press, forensic scientists) seem to have access to the criminally insane within the Baltimore asylum system. But this slight niggle aside, the first seven episodes of the series have been excellent. If this quality and pace is maintained the run in to the end of the second season and the now confirmed third season will be tense and compelling.

Hannibal, starring Mads Mikkelsen, Hugh Dancy and Laurence Fishburne, returns with the episode “Su-zakana” on Tuesday 24th June on Sky Living HD at 10.00pm. Episode 7 “Yakimono” is repeated on Sky Living HD on Saturday 21st June at 9.00pm. You can also catch up with Hannibal (episodes one to seven) over the summer with Sky On Demand.

“Before The World Feared His Name He Had A Beginning“ 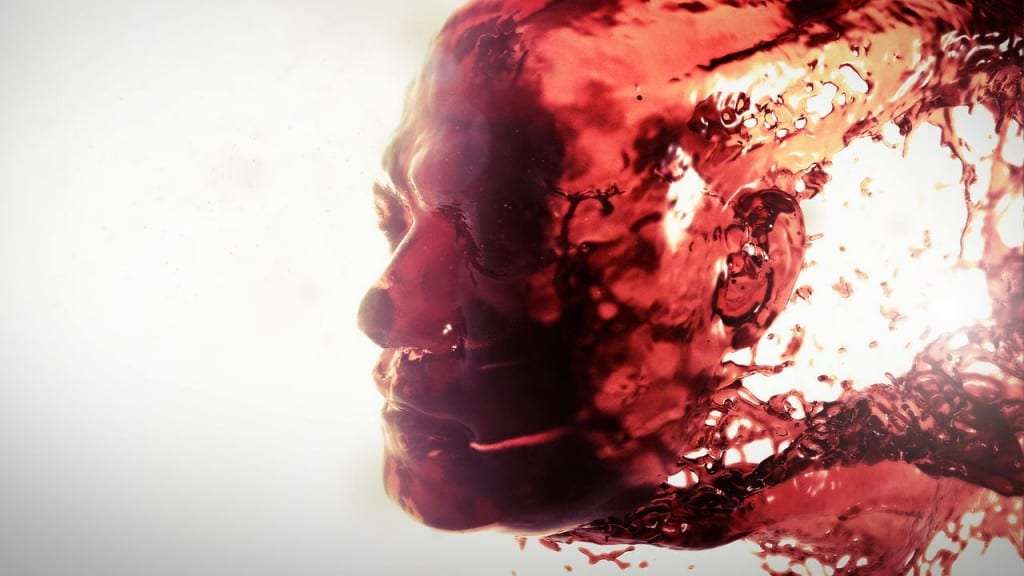