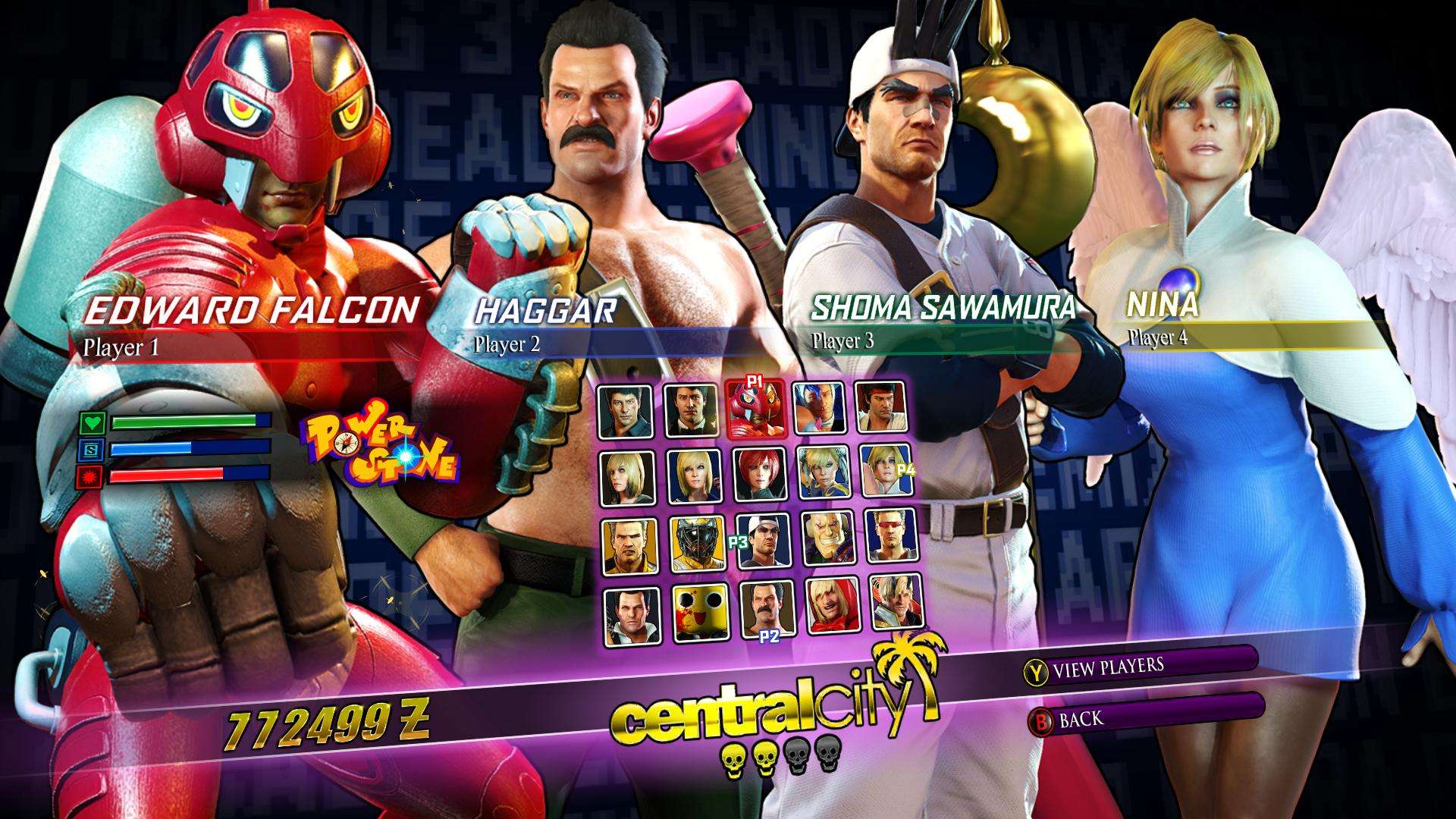 Super Ultra Dead Rising 3 Arcade Remix Hyper Edition EX Plus Alpha is the next available DLC from Capcom for the Xbox One game Dead Rising 3.

The game stars cosplayers who are styled like series favourites Nick, Annie, Chuck, and Frank. As well as other Capcom fan favourites from games like, “Street Fighter” to “Dino Crisis.” Each cosplayer/character has their own basic and special attacks. For example, when your selected character wears a given costume, they are imbued with the powers associated with that particular character, more or less. So, if you want to get Chun-Li’s famous Flash Kick just select her costume and it’s yours. 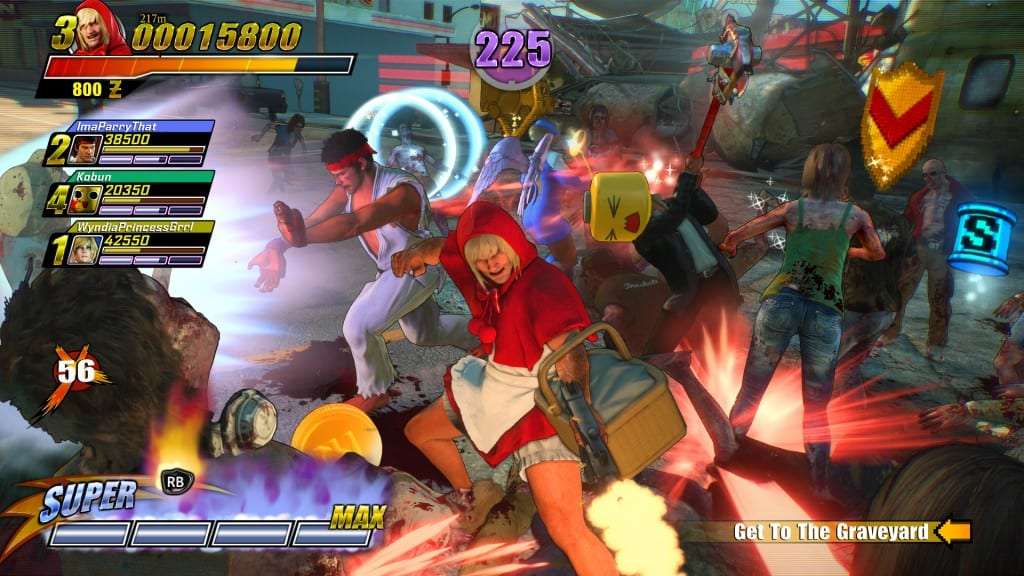 Overall, the entire game has been changed. From the title screen, once you select the SUDR3ARHEEXPA mode, the game changes to resemble an old school Capcom fighting game, from the brightly coloured and oddly angled menus to the well-known voice over. Essentially the game brings back the characters from the previous three Dead Rising games and given them a bit of a street fighter polish. 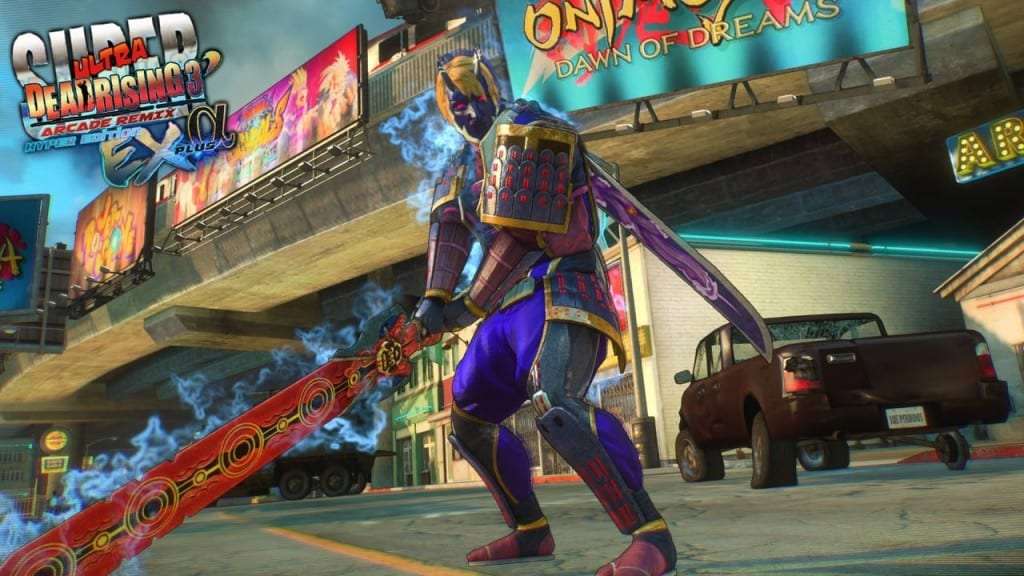 Unlike previous DLC for the game, Super Arcade Dead Rising the world is not open, your weapons cannot be combined, and there is no real progression of characters or story. Instead, you are given a time limit to you fight your way through a series of arcade-like challenges, ranging from “Kill 50 zombies” to “Retrieve the vehicles” to Escape the city.” The best part of the game is that there’s no more worrying about ammo, or if your weapon will break, it’s all about light, medium and heavy attacks. 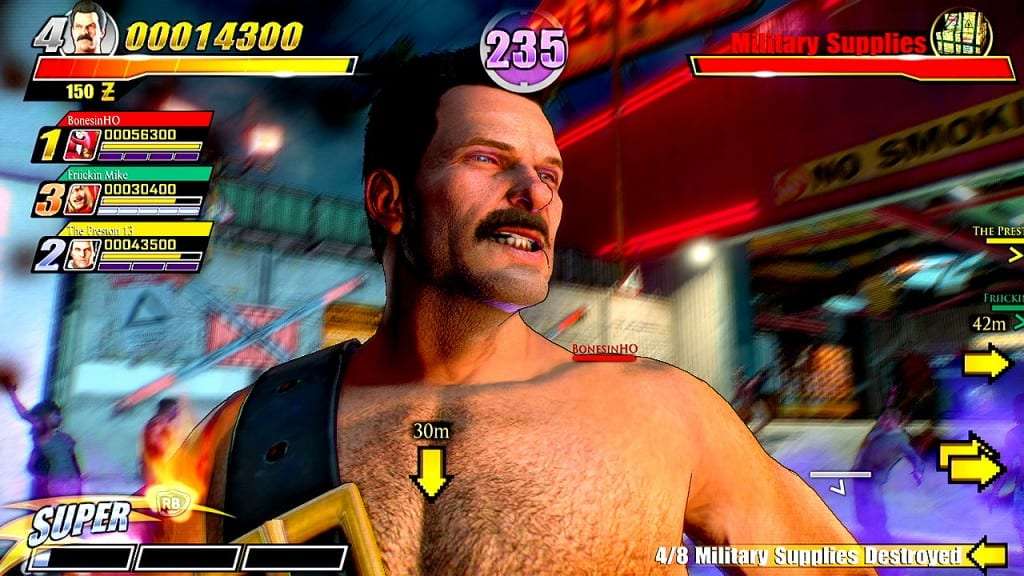 Honestly, in this DLC Capcom have done an amazing job of pulling on the emotional heart strings of their fans, with references to all sorts of games from the their past. Don’t believe me, there is even a bonus level in which you need to smash up a car a la Street Fighter. If you are a fan of Capcom’s history this game will be right up your street, even if you don’t know too much of their history you’ll enjoy the whole package regardless for a couple of hours.