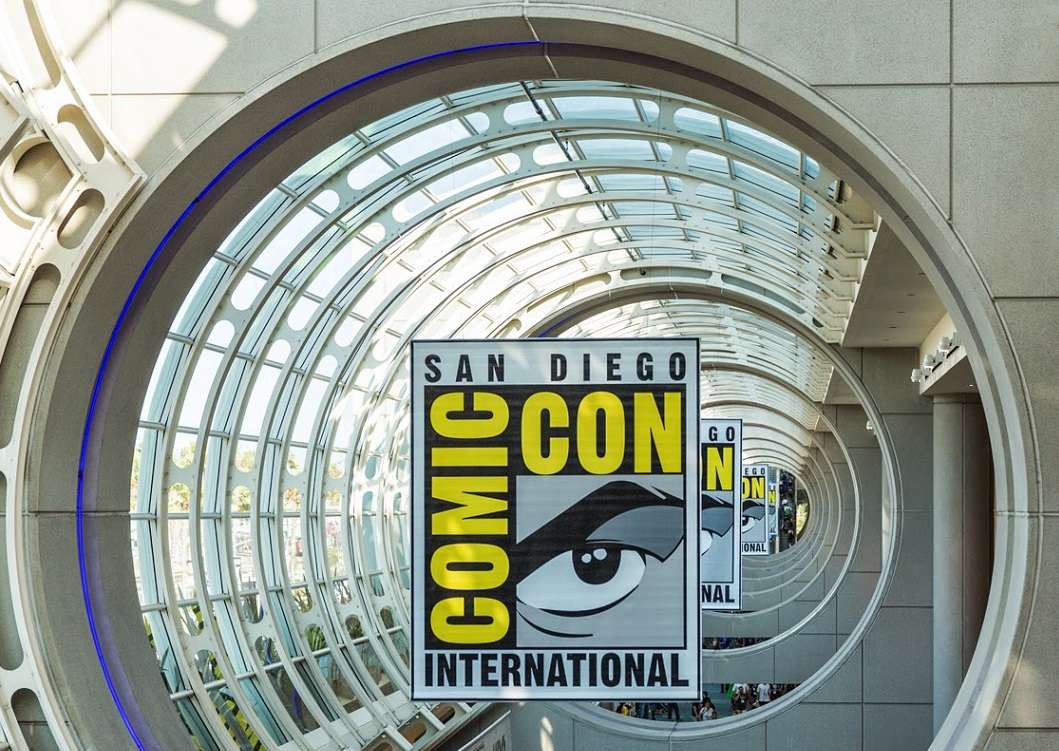 Day Three of San Diego Comic Con 2014 (SDCC 2014) is over. Here’s our wrap up of the panels and news. These included a huge trinity of surprises at the Warner Bros Pictures panel, a nostalgic trip down memory lane for the last Hobbit movie, some great new footage from Marvel Studios and announcements about their future movie slate. Along with a look at Sin City 2, the Legendary Pictures panel had a monstrous feel to it and finally the big three-hour DC/Warner Bros. event for their TV line up this Autumn.

After the huge excitement and applause had died down in Hall H following the reveal of the DC trinity of Batman, Superman and Wonder Woman, the Warner Bros. Pictures panel calmed down only slightly until Peter Jackson and members of the cast (Cate Blanchett, Evangeline Lilly, Benedict Cumberbatch and Orlando Bloom) appeared to show off the latest teaser trailer for The Hobbit: The Battle of the Five Armies. The panel was a nostalgic look at all things Hobbit and Lord of the Rings as this marks the last appearance for this franchise at SDCC for a while. Moderated by super-fan Stephen Colbert (regaled in his Desolation of Smaug costume)  he introduced the trailer that gave a sense of foreboding of the blood that will be shed (and the loss of friends) in the coming battles between the five armies. There was also that sense of completion and finality to the trailer (and the trilogy) as Bilbo recounts “I will never forget that day” in reference to the climax of the battle and of course the Hobbit trilogy. The trailer will be released in cinemas in the near future. The Hobbit: The Battle of the Five Armies is scheduled for release this winter on the 17th of December. 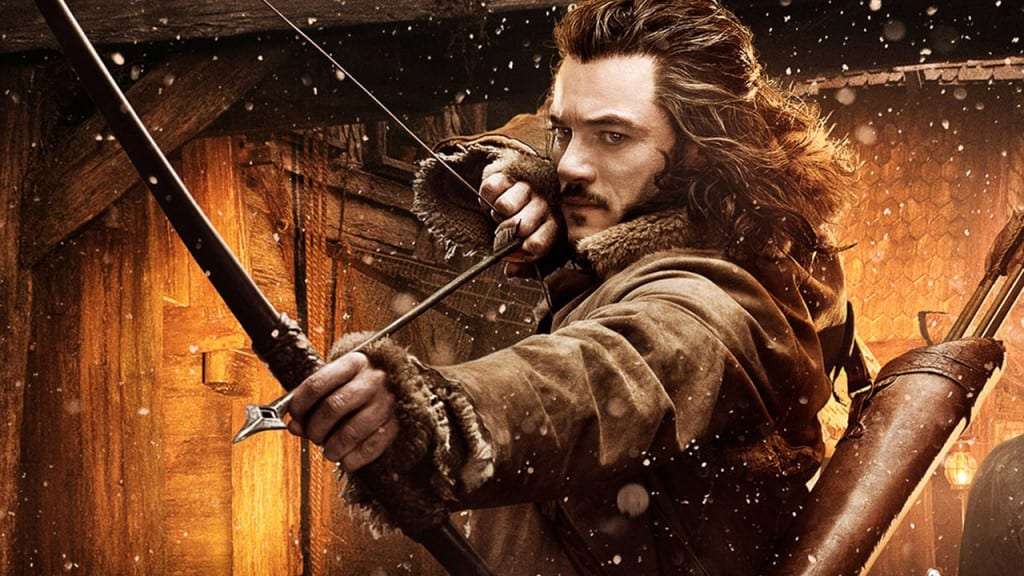 Marvel Studios presentation, moderated by Chris Hardwick, in Hall H brought more huge movie news to SDCC 2014 with two film panels, the Joss Whedon extravaganza, The Avengers: Age of Ultron and the smaller more unsettled film project Ant-Man. The majority of the Avengers cast were in attendance along with the recently revealed Thanos, Josh Brolin, with infinity gauntlet on hand and of course the villain of the piece Ultron, James Spader. As one of the most anticipated events at SDCC 2014 the trailer for The Avengers Age of Ultron appears to have lived up to the hype. The trailer progressively darkens in tone from a light and fun place where the Avengers are trying to pick up Thor’s hammer to a sudden injection of menace as a seemingly broken robot (one of Tony Stark’s Iron Legion) states that they are killers as more robots break in to Stark Towers and attack. Amongst the ensuing action where we get to see Marvel’s version of Quicksilver and the Scarlet Witch we also hear Ultron’s voice referencing a “vision”. This all culminates in a pan back of the camera to an apocalyptic scene. This was a great trailer that will release in cinemas shortly with The Avengers: Age of Ultron scheduled for release on the 1st of May 2015. 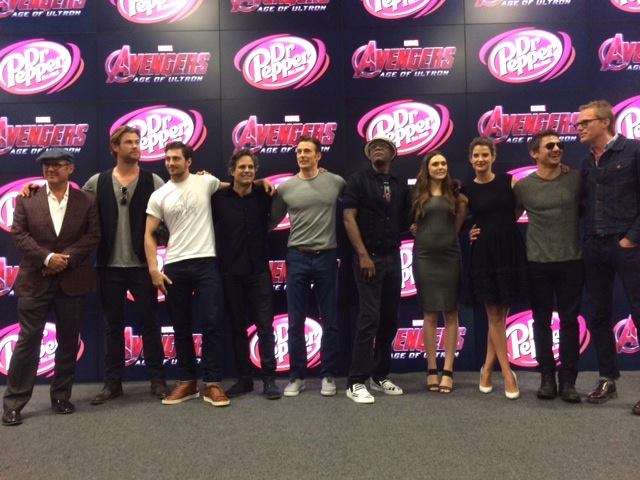 The cast of Ant-Man (one of the first Avengers in the comics) was on stage in Hall H and included Paul Rudd and Michael Douglas. The panel added further detail and put some flesh on the bones of this film, with the villain of the piece announced as Darren Cross (aka Yellow Jacket) and will be played by Cory Stoll. Evangeline Lilly, hot from the Hobbit panel, was also revealed as Hope Pym, daughter of Michael Douglas’ Hank Pym. With filming scheduled to begin on Ant-Man in the next two weeks, Michael Douglas seemed genuinely excited at being involved in this picture noting that he has looked on with envy at the scale and success of the Marvel movies for some time and he is glad to be apart of this studio’s work. Ant-Man is scheduled for release 17 July 2015.

Whilst there was no big reveal surrounding Doctor Strange there was the announcement of only one of the other future Marvel movies whose schedule up to 2019 was confirmed recently. Of those untitled movies Guardians of the Galaxy 2 was announced via video link to Hall H by James Gunn for 18 July 2017. 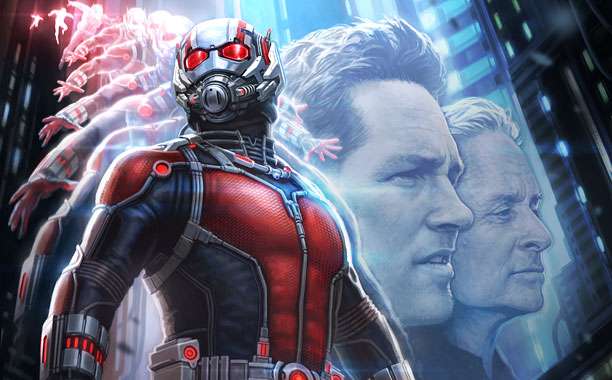 The Legendary Pictures presentation brought Robert Rodriguez and Frank Miller with their vision that is Sin City 2. The iconic black and white look of the original (with flashes of red!) and stylised violence returned with the trailer footage shown to a packed Hall H. The trailers violence rapidly escalates as Marv (Micky Rourke) narrates over a highly stylised police car chase. The five-minute clip showed a faithful adaptation to the Sin City short story “Just Another Saturday Night”, but whilst the original comics couldn’t be used directly it was explained by Rodriguez that Miller created storyboards himself on the fly and “sometimes right on set”. With eight years since the original Sin City movie it will be interesting to see how Sin City 2 will be received when it is released in just under a months time.

The Legendary Pictures Panel also had a monstrous feel to it. Not only did Gareth Edwards set out the monsters – Rodan, Mothra and King Ghidora – who will battle Godzilla in the sequel to this years Godzilla remake; but there was also a look at the Duncan Jones Warcraft movie based on the most famous MMO, World of Warcraft. This movie will delve in to the beginnings of the war between orcs and men. It was suggested that the orcs in this film will certainly have shades of grey and will be a very different take on the race of orcs than shown in the Lord of the Rings and Hobbit movies. Finally, it was teased that Legendary is looking at a Skull Island prequel to the King Kong franchise. 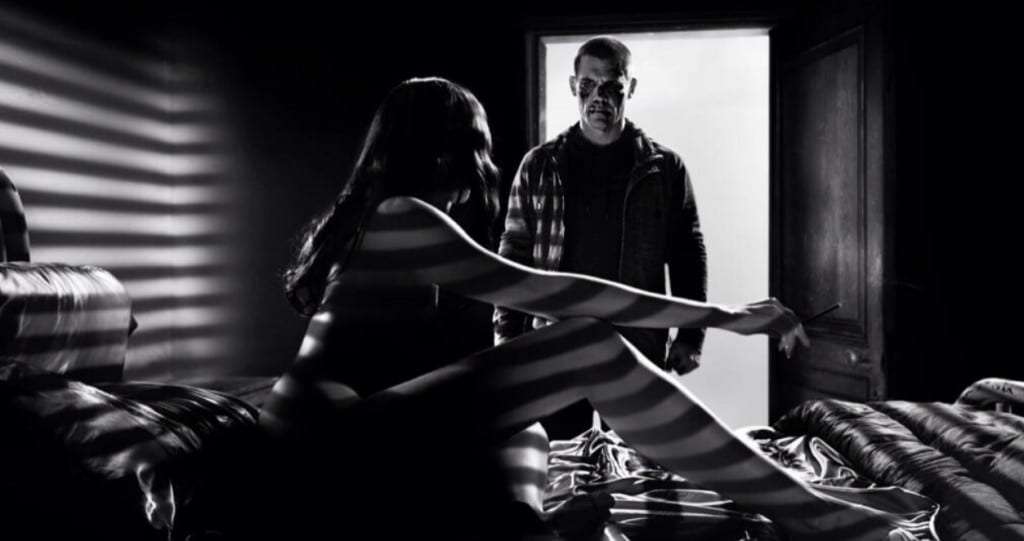 The DC TV collective came together for a huge three-hour extravaganza at SDCC 2014 with a look at the upcoming TV shows this Autumn that includes Gotham, The Flash, Constantine and Arrow. Large members of the cast were present on stage from all four TV series as they enjoyed the atmosphere and interacted with the audience. Stephen Amell from Arrow moderated the event that included the premiere screenings to the public of Gotham (starring Ben McKenzie, Jada Pinkett Smith, Donal Logue) and The Flash (starring Grant Gustin). Both premieres were received well by the ecstatic audience in Hall H, especially given the Easter eggs of future story arcs in The Flash and the delicious possibilities in Gotham for an exploration of all those villains we love from the world of Gotham city such as the Penguin, the Riddler and Poison Ivy.

The Flash will be lighter in tone compared to Arrow and will be joined by Wentworth Miller of Prison Break fame as Captain Cold. Arrow, now in its third season, will explore the tragic consequences at the end of season two with the theme “At what price is victory?” and will be joined by Brandon Routh who was recently cast as Ray Palmer/The Atom. Events in Arrow (season 3) and The Flash will cross-over in a two-hour special event for both shows during episode 8 and there will be another cross over earlier in the series when Felicity visits the Flash in Central City in episode 4.

Constantine, that also had its own pilot screening earlier in the day, had more footage shown at the event. The show will certainly have a supernatural vibe to it and a foul-mouthed, blond-haired, trench coat wearing John Constantine played by Matt Ryan is very much a part of the show. The smoking is implied! The creators were clear that the excellent comic origins of the character will be tapped for the show; in particular, the American Gothic story arc from the comic Swamp Thing is set to be a large part of season one.

All four DC TV shows are scheduled to air this Autumn in the USA. Air dates in Ireland are still awaiting confirmation. 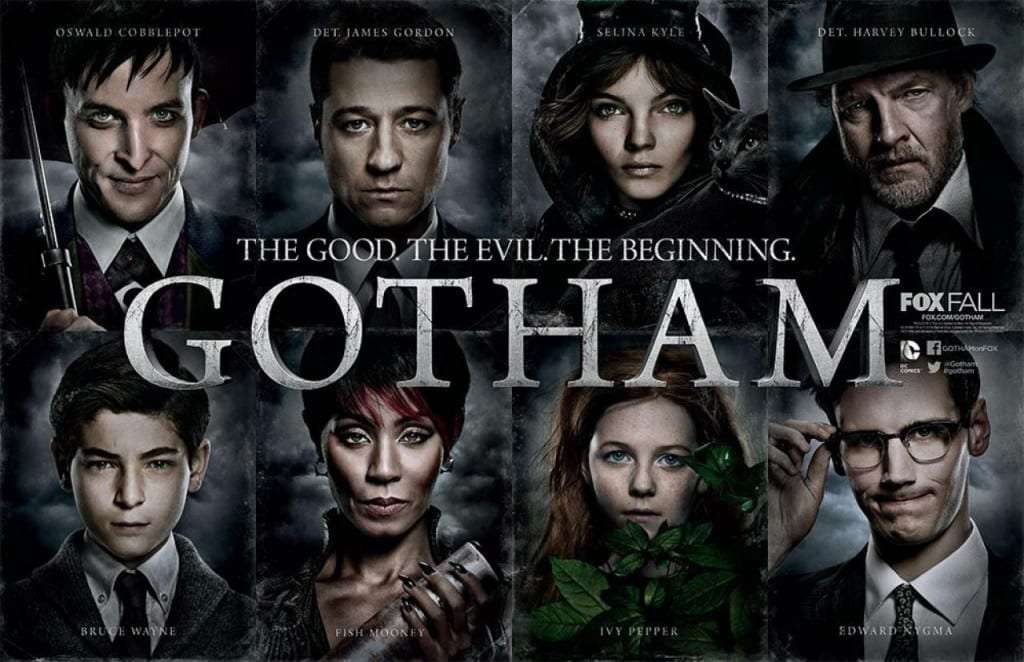 Thanks for joining us for these SDCC 2014 wrap ups over the last three days, it has been a great Comic-Con with plenty of excitement, surprises and reveals.