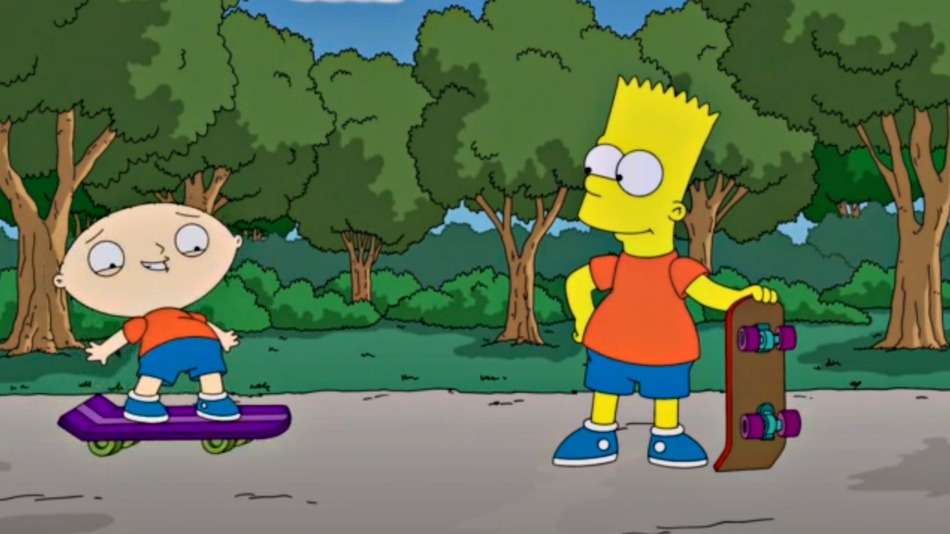 So yesterday during their panel discussion with fans, the guys behind Family Guy were able to show us a 5 minute sneak peek of the upcoming Family Guy/The Simpsons crossover which is rumoured to be a double episode/ hour long special.

The episode will hit screens later this year and it’s to launch the start of both show’s new series. What do you guys think? Have they finally ‘jumped the shark’? Let us know in the comments below.