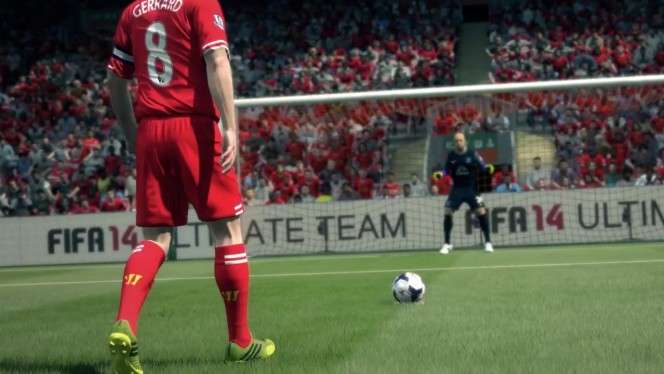 Electronic Arts have just announced that EA Sports is reinventing next-gen goal keepers and bringing a new level of realism to gameplay in EA SPORTS FIFA 15, which is coming to Xbox One  PlayStation4, and PC, fuelled by EA SPORTS™ IGNITE*. Goalkeepers in FIFA 15 will now look, move, and think like their real world counterparts with new AI that allows them to anticipate shots and passes, move with positional awareness, and display an array of new animations. Next-gen goalkeepers is just one element of this season’s gameplay innovations that make FIFA 15 more immersive and responsive so fans can Feel the Game.FIFA 15 adds all 18 clubs from the Turkish Süper Lig and gives the Barclays Premier League, the most played league across EA SPORTS FIFA, an authenticity overhaul. Fans will be able to play FIFA 15 in all 20 stadiums of the Barclays Premier League, with chants captured from live events of the 2013/14 Barclays Premier League season, and new commentary – matches will showcase broadcast overlays that are synonymous with the international TV presentation of the league. And more than 200 new realistic player faces have been 3D scanned and rendered for FIFA 15.“We’re delivering innovations and improvements that have been at the top of our fans’ wish list: new goalkeepers, more responsive gameplay, and the Turkish Süper Lig,” said David Rutter, Vice President and General Manager at EA. “This year we’ve put the game in the hands of fans earlier than ever before, listened, and delivered what they want in gameplay, authenticity, and modes.”The most popular game mode in the franchise , FIFA Ultimate Team™** (FUT) adds new features to help fans build and manage a team of their football heroes. Loan Players gives fans a chance to determine if some of the most highly sought after FUT players are suitable for their squads by signing players on loan via EA SPORTS Football Club Catalogue and playing with them for a limited number of games. A powerful new squad planning tool Concept Squads gives access to every player available in FIFA Ultimate Team so fans can view team chemistry and plan their next line-up or transfer market move. Once fans build a squad, they can play Friendly Seasons in FIFA 15 Ultimate Team – fans can challenge friends in a five match season format and track their stats in the new progress menu. FIFA 15 Ultimate Team also sees the arrival of a number of new FIFA Ultimate Team Legends, only on Xbox.In Career Mode, an all-new Team Management system gives fans the chance to customize up to six different team sheets and alter formations, tactics, and roles based on their next opponent – making it a seamless transition as they progress from game-to-game throughout their careers. Team Management also offers fans the chance to personalize gameplay by assigning up to five different attacking and defending player Instructions to each of the 10 outfield player positions. Instructions dictate the type of attacking runs and defensive positioning players will adopt.EA SPORTS Football Club is more interactive than ever before connecting fans to their club, friends, and favourite modes.  Fans can now share news, interact with friends, and redeem items all via a new contextual EA SPORTS Football Club widget that gives fans direct access to the Football Club Catalogue and news feed. Strengthening the connection to clubs and leagues around the world, FIFA 15 adds a live football news hub, Match Day Live**. Updated as news is published, and powered by Goal.com, Match Day Live will bring stories, stats, and league tables directly to the FIFA 15 menu so fans can stay up-to-date with information from the top leagues around the world.FIFA 15 brings football to life in stunning visual detail so fans can experience the emotion and intensity of the sport like never before. Fans who pre-order FIFA 15 Ultimate Team Edition*** will receive approximately $40 USD value of FIFA Ultimate Team content including new EA SPORTS Football Club items and game celebrations.    FIFA 15, developed at EA Canada, will release worldwide in September on PC, Xbox One and the PlayStation 4, and is available for pre-order*** now on Origin™ at http://origin.com and other retailers. A version of FIFA 15 will also release on the Xbox 360® games and entertainment system from Microsoft, PlayStation®3 computer entertainment system, Wii™, Nintendo 3DS™, PlayStation®Vita handheld entertainment system this Fall. Not all game features are available on all gaming platforms. For more information about EA SPORTS FIFA 15 visit http://www.easports.com/uk/fifa or join the EA SPORTS community at http://www.facebook.com/easports fifa. Follow us on Twitter @easportsfifa and use the hashtag #FIFA15.  For information about FIFA 15visit http://www.easports.com/uk/fifa. The games have not yet been rated. Assets are available at http://info.ea.com.*Not all features available on all gaming platforms.** Internet connection and Origin account required.  Must be 13+ to create an account.***Offer restrictions apply.  Please see http://www.easports.com/uk/fifa for details.