The thrilling possibility promised to us, the viewers, in the season two opener “Kaiseki” and the first seven episodes comes expertly to fruition during the second part of season two, rewarding in spades the patience and exploration by the audience of the disturbing world of Dr Hannibal Lecter (Mads Mikkleson). The series is well-known for the investigation of the violent and darker aspects of human nature with portrayals of stylised violence, ritualised murders and cannibalism (check out our Prime Cuts article), without these Hannibal wouldn’t be the series that has proven to be so interesting and intriguing; but in addition to these elements, especially in the second half of season two, the show exposes the more psychologically dark elements of human nature revealing emotional and intellectual manipulation and deception. The writers also throw a few of these traits in to their story arcs with a number of bluffs and surprises that have important and harrowing consequences to a number of the main characters as the season builds to its culmination in the final six episodes of the season. 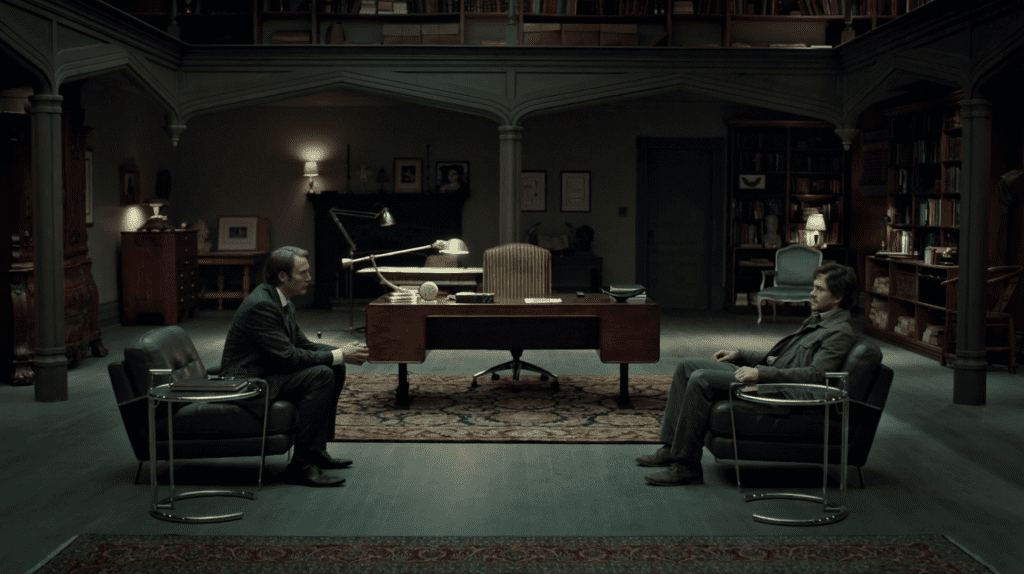 After being cleared as the “Chesapeake Killer” episode eight “Su-zakana” sees Will Graham (Hugh Dancy), with his suspicions of Hannibal still intact, concede to continue his psychological treatment with him. Will is in part fascinated by Hannibal, but his intention of continuing his treatment is also to scrutinise and get close to him to reveal his true nature and murderous intention. At the same time Hannibal also begins to see a young lady called Margot (Katherine Isabella) suffering from abuse and intimidation at the hands of her brother Mason Verger (played by the excellently creepy Michael Pitt), who also solicits therapy with Lector and begins to fuel sibling rivalries and insecurities.

These unusual doctor-patient relationships develop increasingly in to more sinister manipulations by Hannibal of the patients view of themselves and of each other. In episodes nine “Shiizakana” and ten “Naka-Choko” the extent of Hannibal’s psychological control brings Will to a point where at once he is the hunted and becomes the hunter as a killing instinct rises in him. The consequences for Randall Tier (Mark O’Brien), a former patient of Hannibal, are fatal but for Will Graham it begins a darker more destructive path for his character as he not only indulges in Hannibal’s taste of fine cuisine; but is further presented with an opportunity to nourish his new lethal pastime which he seemingly takes! 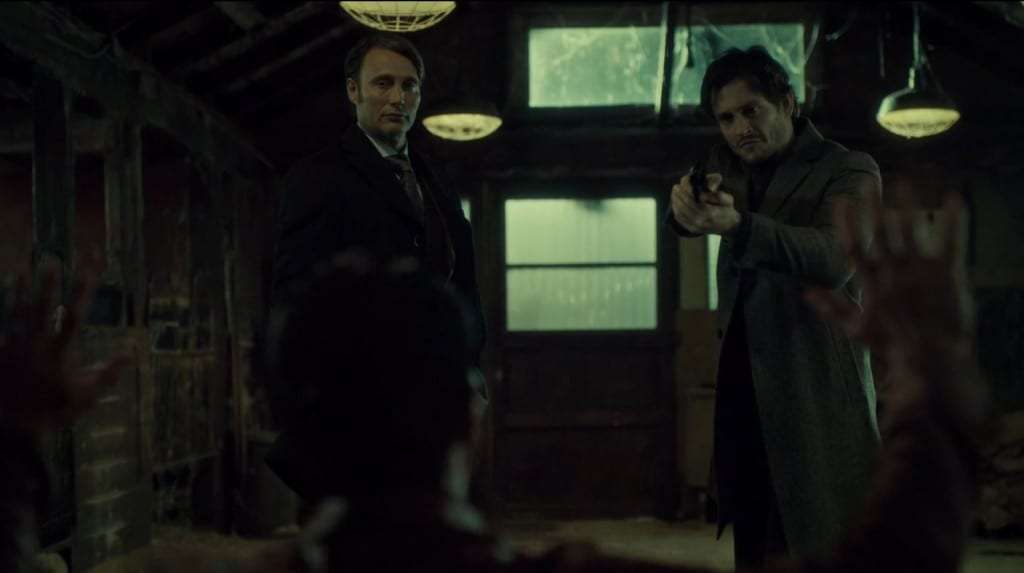 As Lector’s manipulation of Mason and Margot is revealed by Will in episodes eleven “Kō No Mono” and twelve “Tome-wan“, a series of confrontations take place between all four characters that leads to dangerous clashes that center on the Verger mansion. For both Mason and Margot Verger this leads to disfigurement and for Will and Hannibal their mutual understanding and loyalty is tested. In some of the seasons more uncomfortable scenes, Margot is made infertile leaving Mason as the only source of any family heir; only for this to be snatched from him by a vengeful Hannibal as he convinces Mason to mutilate his face, by the power of psychedelic drugs, before breaking his neck. 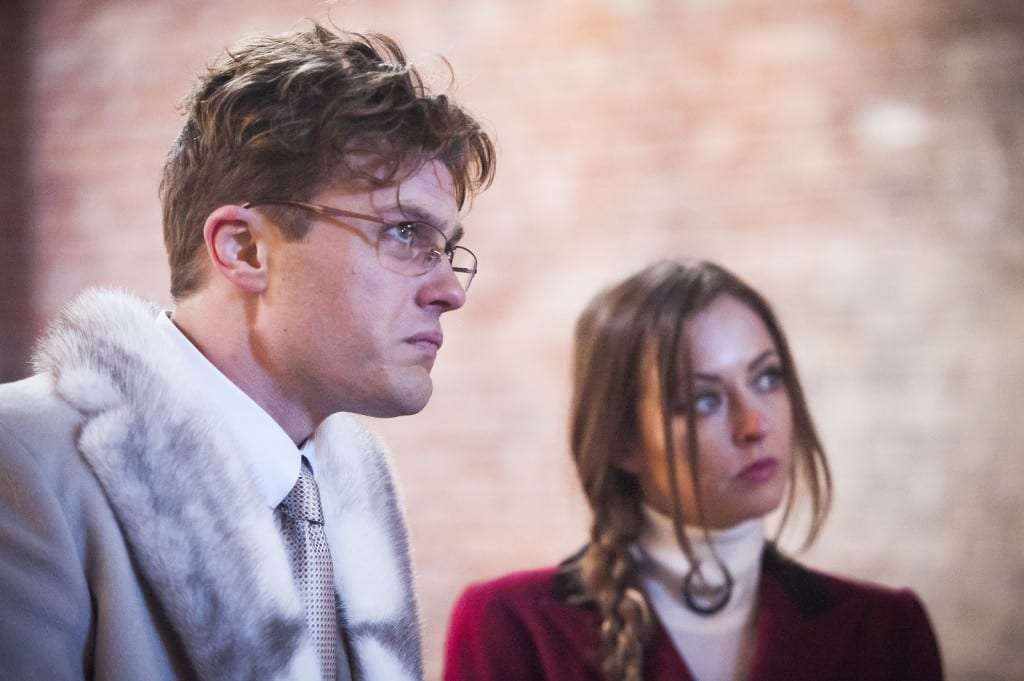 The unusual events begin to raise questions for Hannibal and Graham’s acquaintance, Alana Bloom (Caroline Dhavernas). The strange behaviour of Will and the increasingly violent links between Hannibal and his patients, coupled to previous suspicions of Hannibal as the Chesapeake Ripper, send Bloom with her misgivings to confront Jack Crawford (Laurence Fishburne) about what he knows and what he maybe hiding. This leads to Crawford’s reveal of a previous victim who is very much alive! But there is a warning as Dr. Du Maurier (Gillian Anderson), brought in for questioning, cautions that if they think they will trap and catch Lecter, it’s because that’s what he wants them to think!

The ruse by Crawford has professional consequences as he is forced on a leave of absence from the FBI. But the betrayal of Hannibal by his associates has more far-reaching consequences and is exposed to Hannibal through a series of clever visual motifs as his heightened sense of smell reveals the deception; from the scent of Freddie Lounds’ (Lara Jean Chorostecki) perfume on Graham to the trace of gun oil on Bloom’s hand the titular cannibal knows! This brings the season to the final climax as promised by the fight between Crawford and Hannibal in episode one of the season and now played out in episode thirteen “Mizumono“. As the injured Crawford is forced in to the pantry, Graham and Bloom turn up to stop Hannibal, only for a final surprise that leaves our protagonists exposed and vulnerable long enough for Hannibal to repay their treachery! 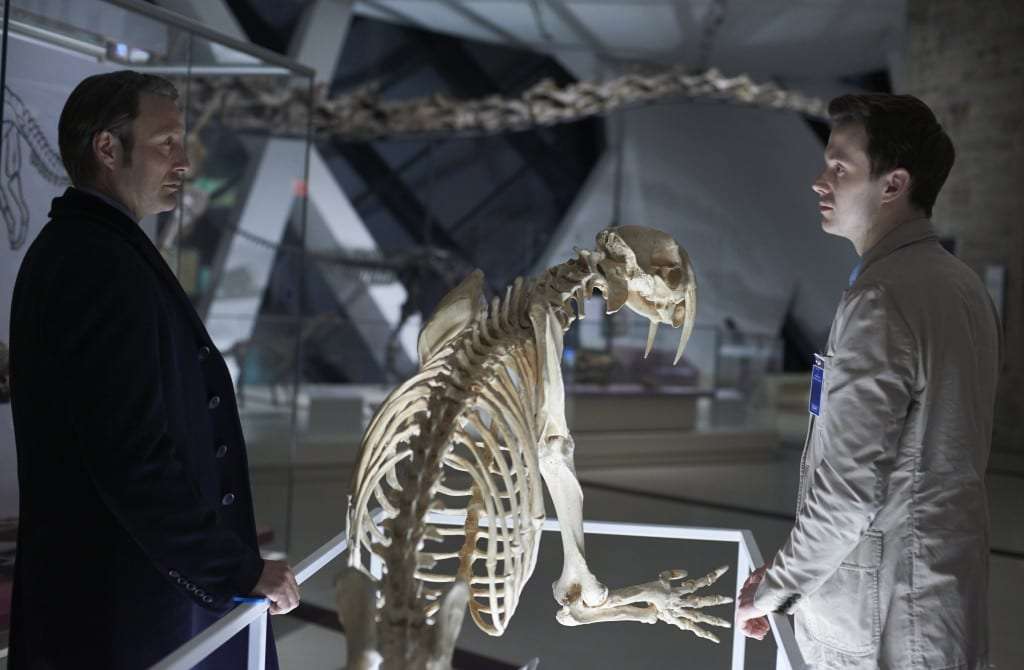 The final six episodes build excellently and expertly on the story foundations of the first half of season two and is a thrilling ride that is incredibly intense, stylish, very bloody and leaves you wanting more and craving for season three. It also leaves you wanting those ad breaks just to give yourself enough time to pull yourself together from the events that unfold, especially in the final two episodes. On top of this is layered story telling with a series of blind sides and deceptions by the main characters that provide for surprises and shocks culminating in the season finale that is quite honestly gripping. The final episode delivers on the anticipation provided for in episode one of the season and ultimately surpasses it given the events and number of high-profile characters that appear (and then possibly disappear) in this violent climax. This anticipation extends even to the closing credits of the episode.

Hannibal and Will’s relationship and its development after Will is released from prison is excellently done. The apparent manipulation and undermining of Will’s character by Hannibal is great to watch. It becomes even more compelling as this development is also undermined by the reveal of bluffs designed to ensnare Hannibal. These unsettling twists in the story help make tense parts of the story arcs even more tense since as a viewer anything is possible. Both Mads Mikkelsen and Hugh Dancy are fantastic and accomplished in their portrayal of these characters, along with the great season regulars and strong supporting cast. In particular, the addition of Michael Pitt as Mason Verger is perfect casting. He manages to convey Mason’s creepiness and nastiness to the point that as the audience you almost empathise with Hannibal’s actions. 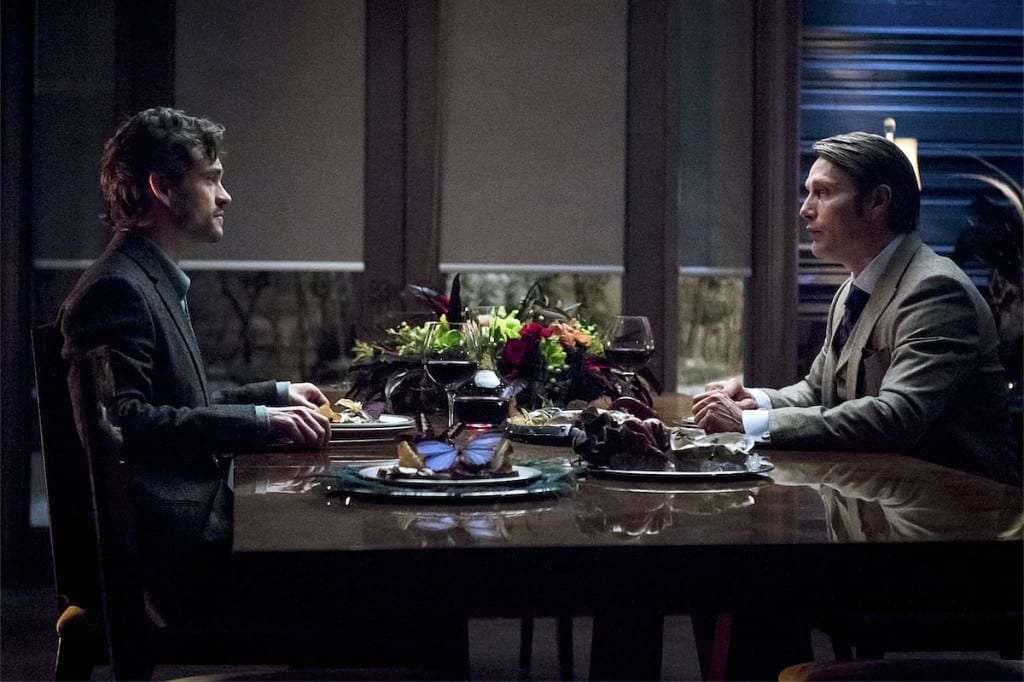 Overall, season two is superb with the thoughtful delivery and development of story arcs that are consistently skillful, creative and provoking. Whilst some aspects of the story up to episode seven of this season feel overtaken (and forgotten) by the events that follow, such as the Miriam Lass and Dr Chilton story arcs, it is likely these aspects will play out and be resolved in season three. The  triumph of this season is that it ends by turning the premise of the show on its head. Hannibal is revealed for what he is – a murderer and a cannibal – his cover is blown. Where will show creator, Bryan Fuller, take season three? Who will live following the end of season two? How will these characters develop and behave under new circumstances ? These questions are very exciting prospects that await us in season three. I can’t wait.

Hannibal, starring Mads Mikkelsen, Hugh Dancy and Laurence Fishburne, is available to watch with Sky On Demand. Hannibal will return with a decidedly Italian feel and flavour to the menu in season three scheduled for 2015. Hannibal season two is due to be released on Blu-Ray and DVD on 22 September in Ireland and the UK.

“Before The World Feared His Name He Had A Beginning“ 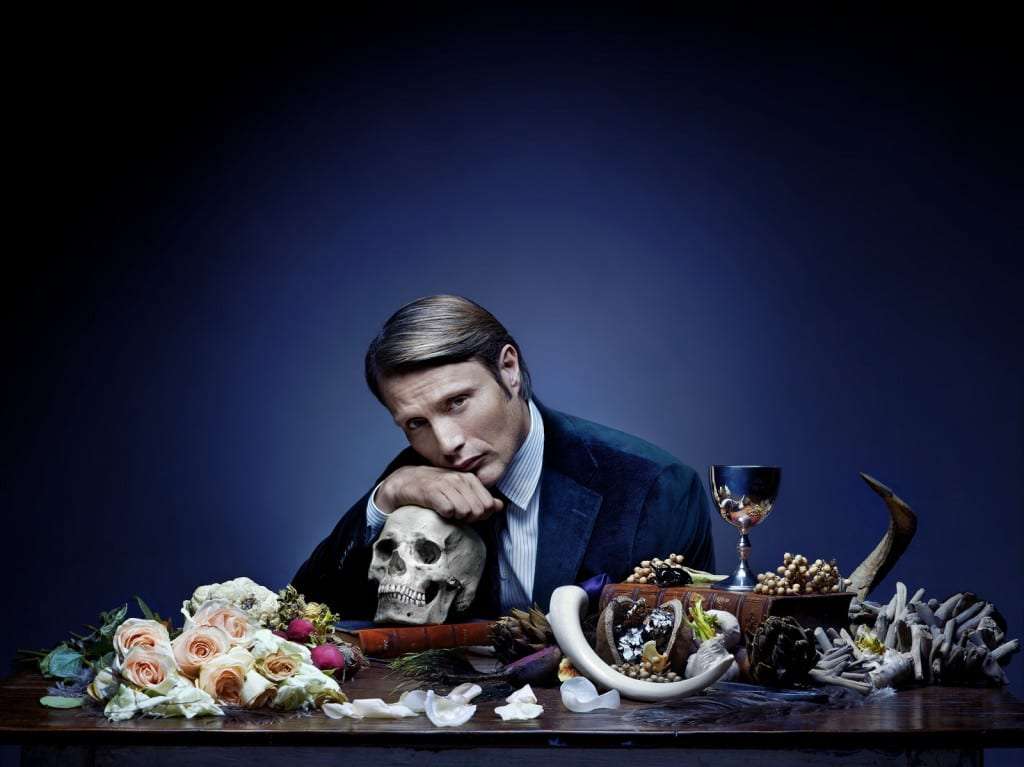