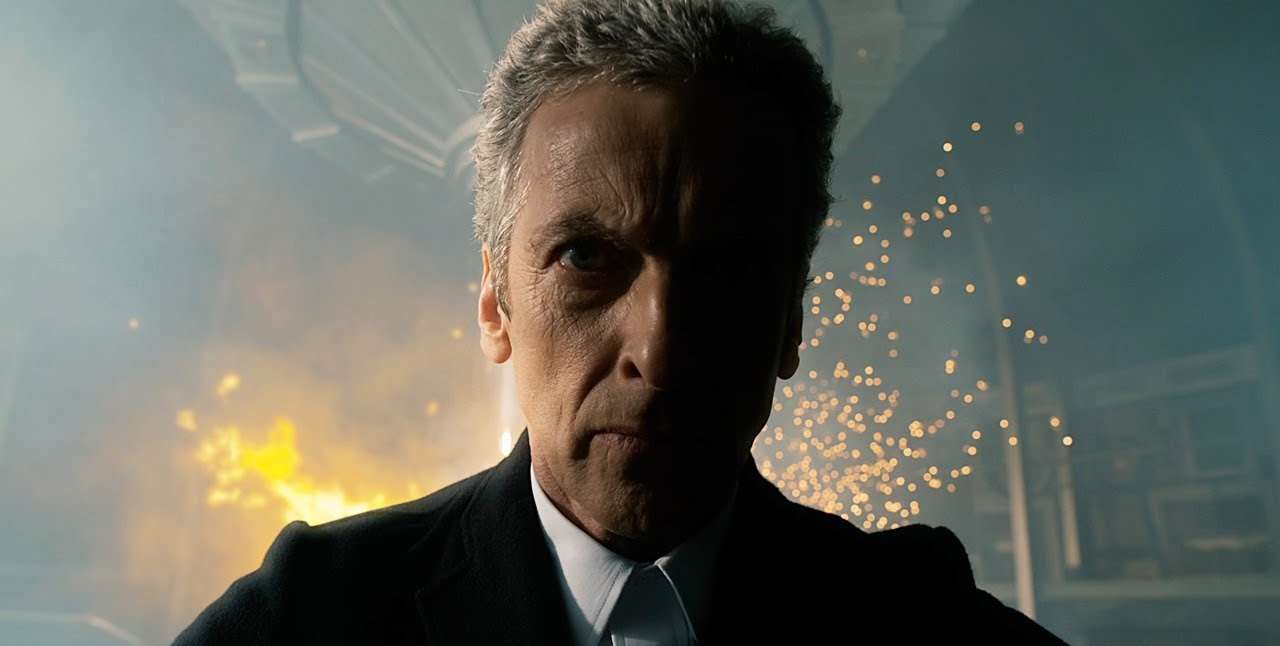 Doctor Who “Deep Breath” Review. “The Doctor has changed. It’s time you knew him.“

After the briefest of glimpses in the Doctor Who Christmas special in “The Time of the Doctor” we finally, after a long wait, get to see our first full look at the new Doctor in the season eight opener “Deep Breath” and overall there is a nicely intense tone that runs through Peter Capaldi’s version of the Doctor. The more ominous feel provides a good contrast to the generally lighter pitch given by Matt Smith’s excellent version of the Doctor. Nonetheless, given Peter Capaldi’s time on political satire series, “The Thick Of It“, he is also on point with the lighter and humourous aspects of this first episode. Both theses traits allow Peter Capaldi to immediately put his stamp on this iconic character and that is certainly what he does as the tone of the Doctor in this episode appears to shift towards a reflective and dare I say it grown-up feel that is as much a part of this long-standing show as the lighter-toned elements. This transformation is to some degree by virtue of Peter Capaldi’s age, but this older Doctor gives his companions, both Clara (Jenna Coleman) and the audience, a more (other) worldly-wise feel to the Doctor that imbues him with a sense of his own history. This is cemented through some great pieces of dialogue as he says to Clara “I’ve made many mistakes…It’s about time that I did something about that.” This suggests we might get to explore the Doctor’s violent past as hinted at with the fields of Trenzalore and the great “Time War” in last season. 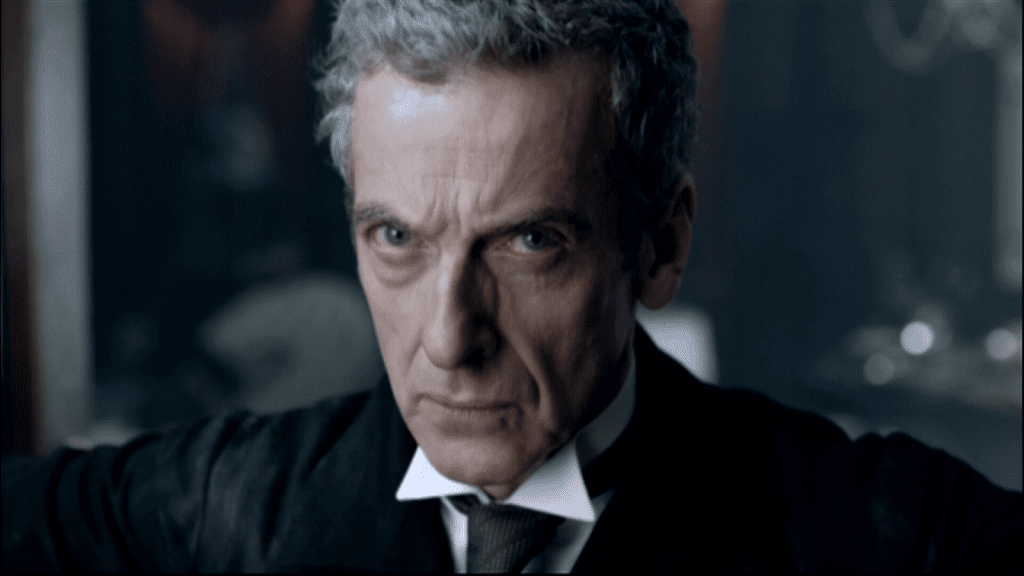 The introduction to the episode is a great combination of different timelines in one space from the prehistoric to the Victorian, as the TARDIS enters, stage left, from the mouth of a Tyrannosaurus Rex! On their first mission together the Doctor (Peter Capaldi) and his faithful companion Clara (Jenna Coleman) seemingly find themselves up against a terrifying dinosaur bringing fear to the people of Victorian London. The dinosaur, brought by the Doctor to the Victorian time zone, is not the only problem for the Doctor as a series of strange deaths from apparent combustion are happening across London, including that of the dinosaur. References to some of the Victorian influences on this episode, such as Burke and Hare and Sweeney Todd, are nicely woven in to the dialogue.

The Doctor and Clara begin to investigate these unusual events with help from their old acquaintances in the Paternoster Gang, Madame Vastra (Neve McIntosh), Strax (Dan Starkey) and Jenny Flint (Catrin Stewart). In this group dynamic we begin to see that this much-loved and well-known relationship between these traveling companions appears unsettled. Clara hints that “Something has gone wrong” with the Doctor, asking “How do we change him back?“. The Doctor is also trying to regain his own consciousness about himself after his regeneration and at one point reflectively says “I see faces!” referring to previous incarnations of himself. In this there are references to previous Doctors from Jon Pertwee’s inaugural story Spearhead From Space, through reference to Tom Baker’s scarf to a verbal impersonation of David Tennant. The change in dynamic of the relationship for both the Doctor and Clara is an interesting aspect of the episode, but may have been slightly over played. 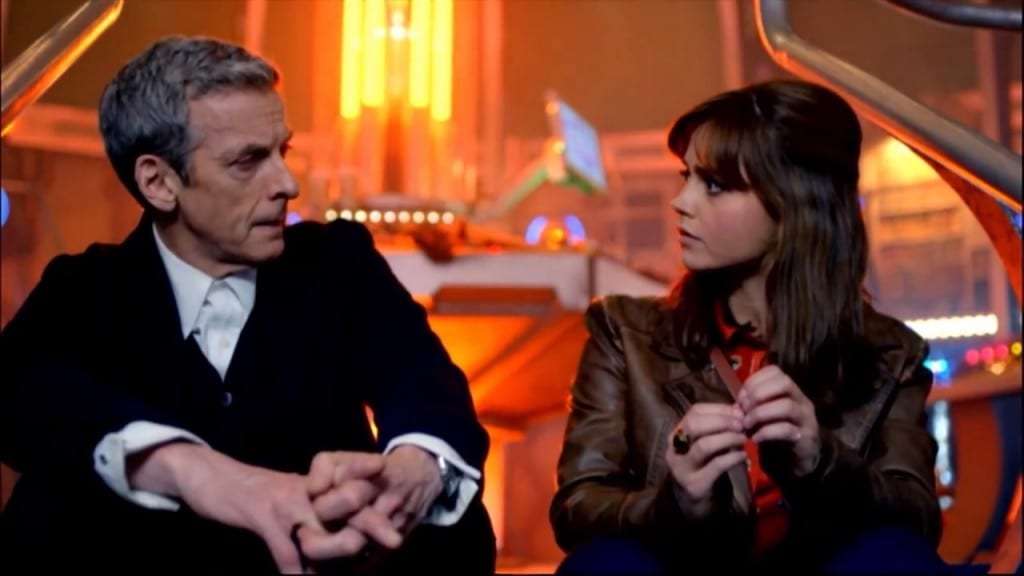 Their examination of the murdered victims brings them face-to-face with a much larger conspiracy underneath the streets of London (in fact underneath Mancini’s Family Restaurant) as we are introduced to the Half-faced Man (Peter Ferdinando) a robot-human hybrid alien. This new and creepy adversary has been harvesting human organs to rebuild himself and his ship so he and his crew can leave earth for “The Promised Land” and he wants something from both the Doctor and his companion to finish his work. Attempting to  escape from the alien ship a fantastic scene from Clara where she hides her fear with resolution before escaping from the Half-faced Man that elevates her character. The final showdown fight between the Doctor and the villain shows the Doctor’s commitment to humanity, but reveals a potentially dark double-cross with shockingly ambiguous consequences for Half-face Man on the spike above Big Ben! 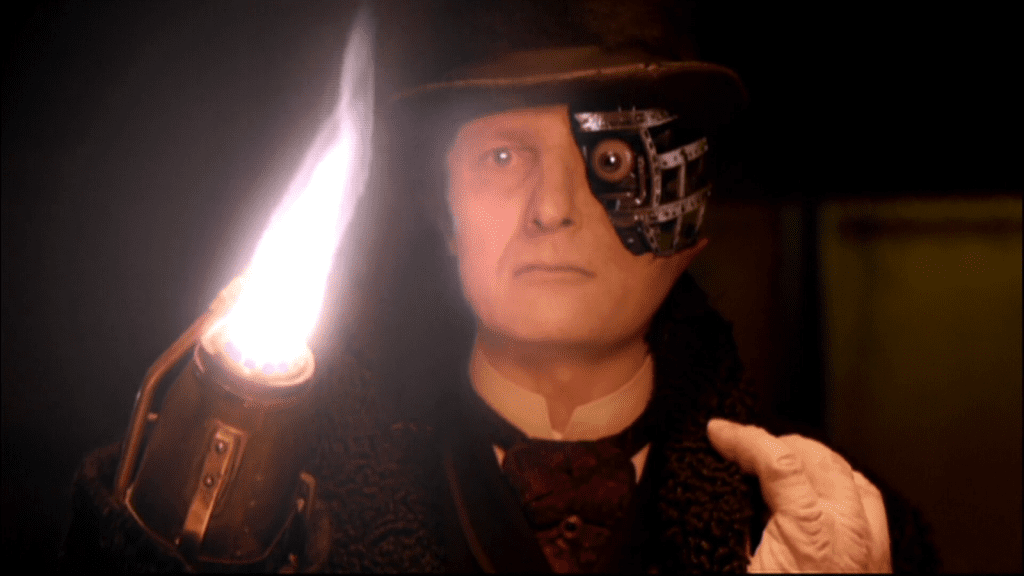 Right at the end we get a further revelation as a previous Doctor returns and another of Steven Moffat’s story arc teasers for the upcoming season this time surrounding ” The Promised Land”. Where is this promised land? Why is the Half-faced man there? And who is the lady with the umbrella?  It will be great to see how this plays out.

Deep Breath is a good episode for the season eight opener of Doctor Who and just about succeeds in mixing the introduction of a new Doctor with the story that includes dinosaurs, a new adversary and new character developments. The episode immediately post regeneration is always difficult as it is almost like a pilot of a new show and guest helmer Ben Wheatley (A Field in England and Sightseers) handles it well with some great visual moments such as the dinosaur erupting in to flames and the clockwork patrons of Mancini’s restaurant. These story moments at points feels slightly squeezed out with the intense focus on the relationship dynamic of the Doctor and Clara. Whilst used to good dramatic effect, providing much tension between the two protagonists in the episode, it does feel slightly overused as a story device. This is especially true by the end of the episode where the brief return of Matt Smith makes it appear as though the BBC wanted to make sure the viewers could handle an older Doctor. Of course we can! 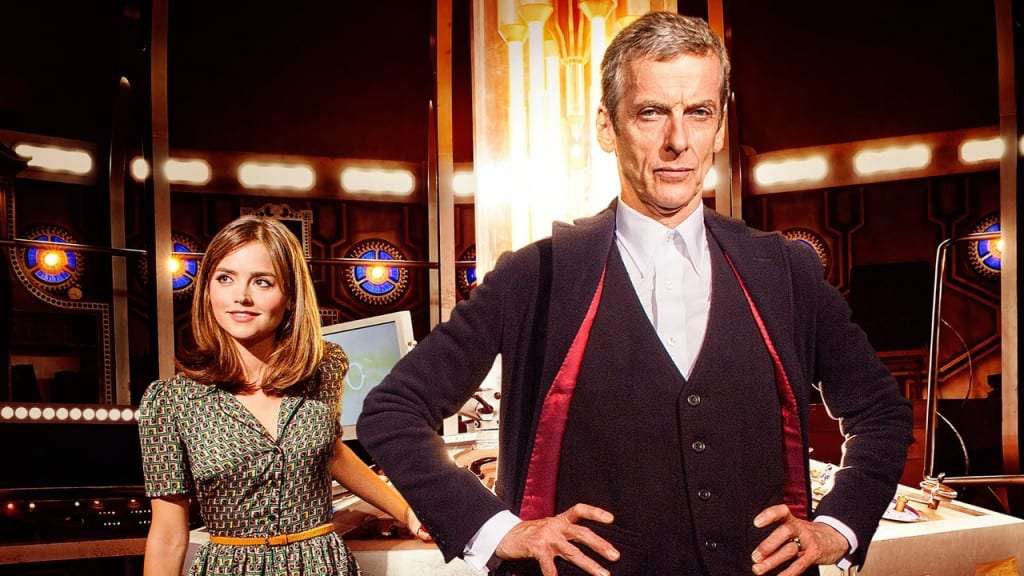 The performances of Peter Capaldi and Jenna Coleman are excellent in this episode. Capaldi places his mark on the twelfth Doctor with a tonal shift that is both darker and more intense. It is a delicious change that we can’t wait to see him explore the character further in the remaining episodes of the season. It is to his credit that he also blends this with the wit, fun and humour of a dinosaur in downtown London. This change in tone may also allow Steven Moffat to delve deeper in to darker, scarier aspects of the Doctor that could lead to kids (both large and small) to find themselves watching this series from behind the couch! Jenna Coleman also delivers a superb performance in her scene with the Half-faced Man elevating the role of companion to a woman who emerges from the confrontation with strength and resolve. Finally, “The Promised Land” tease at the end of the episode was also intriguing lending a sufficient amount of mystery to an overall great opener. We’re looking forward to episode two where a familiar enemy returns.

Doctor Who, starring Peter Capaldi and Jenna Coleman, returns to BBC One next week on Saturday 30th August at 7.30 pm for episode two “Into the Dalek“. 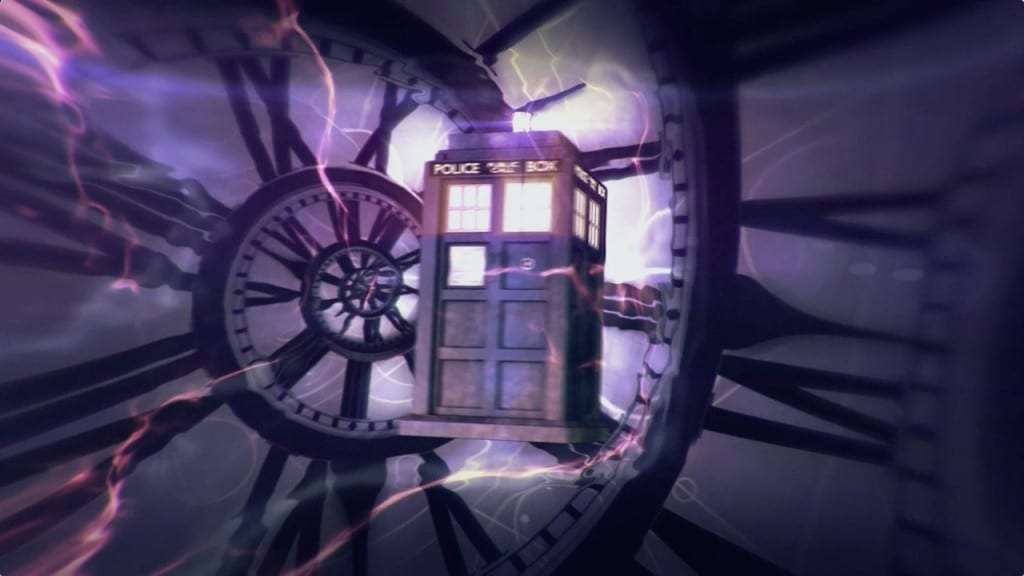