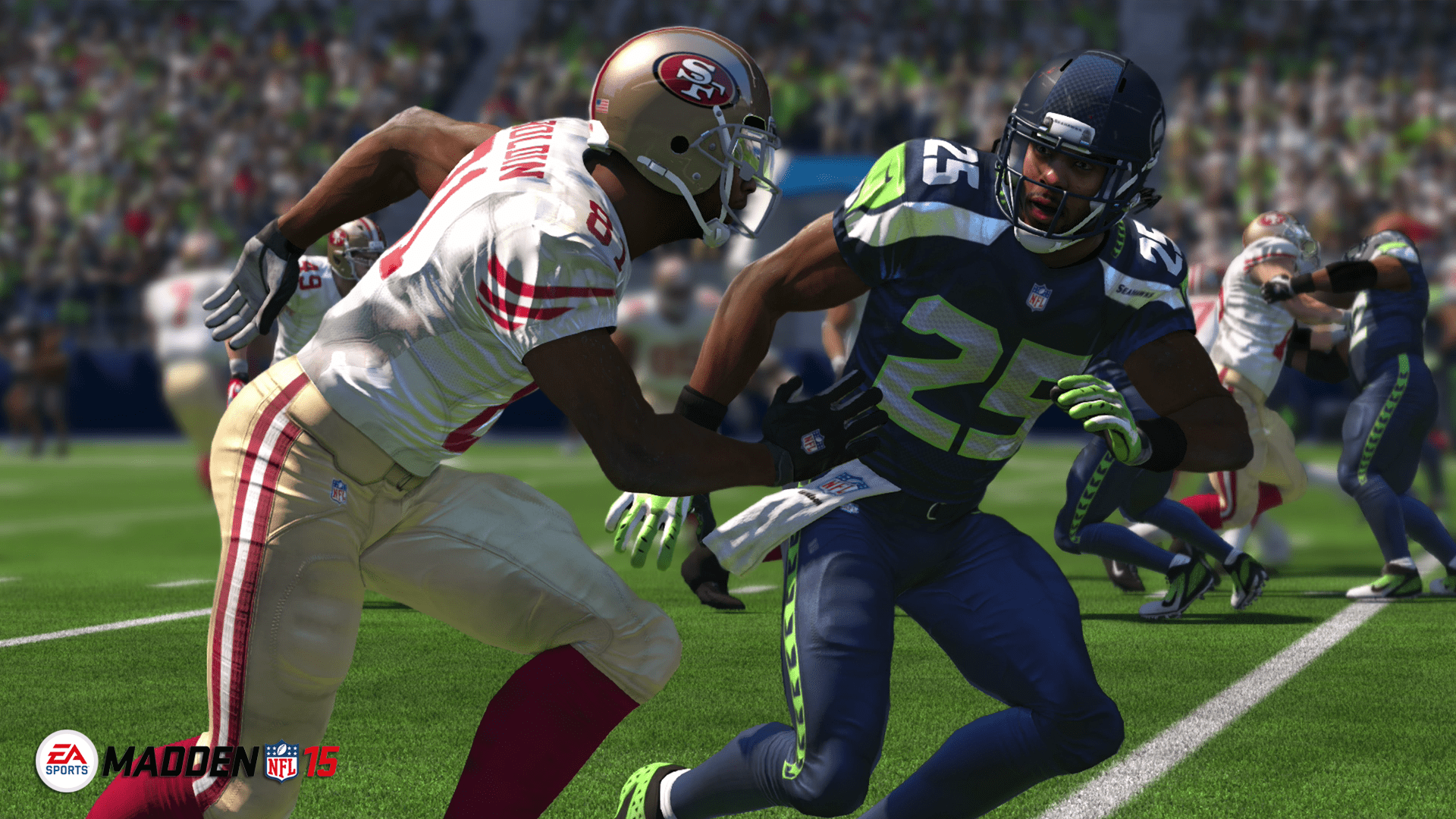 Madden is back and that means it’s time for some FOOTBALL! The good news for all you FOOTBALL! fans is that in my opinion Madden NFL 15 isn’t just the best looking football game ever made, it’s one of the most visually brilliant video games released for new-gen consoles. Seriously. I mean it’s stunning. Between the bone-crunching graphics and improved gameplay, Madden NFL 15 is the FOOTBALL! game FOOTBALL! fans have been waiting for. Okay I’ll stop SHOUTING FOOTBALL!

In Madden NFL 15, EA’s Ignite engine is being used to it’s full potential, which, as should be expected, make the game one of the most photo-realistic NFL game to date. This latest installment show just how hard EA have pushed themselves to bring the televised experience to Madden NFL 15. Before you ever even see the start screen, you’re thrown right into the action in a Seattle versus Carolina match up that’s most of the way played through. The transition from an NFL Films-quality cut scene to actual gameplay is incredibly seamless and keeps the gameplay flowing naturally. Each individual game you jump into receives a similar treatment and includes replays of prior games and live-action clips from the player’s past. 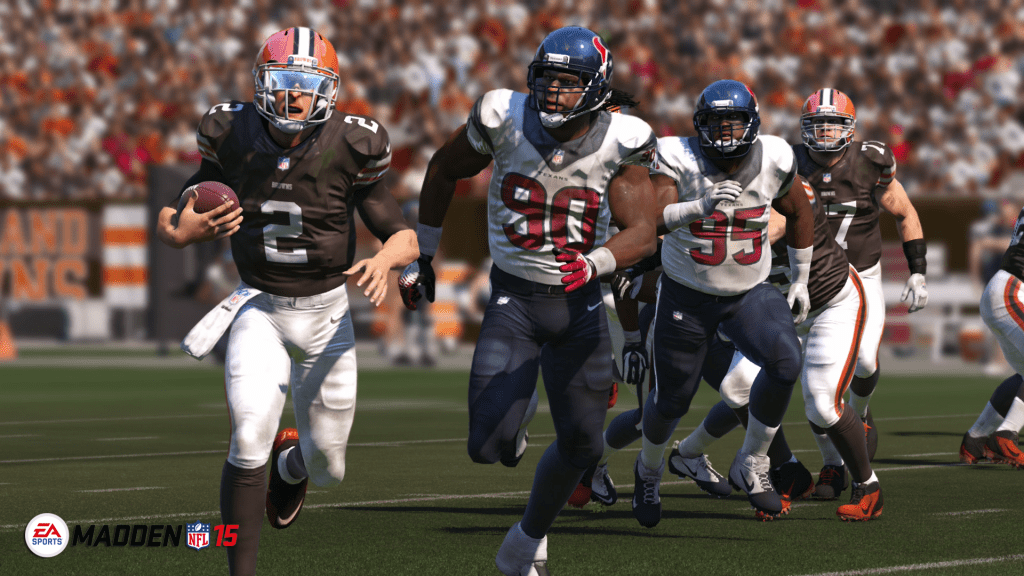 When it comes to gameplay, players now have increased control over their defensive players and have many more opportunities to get the upper hand on the ball carrier. The most important change to the defensive game comes right at the snap. If the player is able to pull the right-trigger at just the right moment – when the ball is snapped – the selected player gets a small boost which gets the defense off the line quicker and the backs aware almost immediately. Additionally, players will no longer be punished for taking over as a safety or corner, while those that prefer playing as a lineman or a linebacker will be rewarded. The control system for all defensive players has been improved to the point where players should feel much more engaged on both sides of the ball. Even tackling has received an upgrade. Once again, the Madden team took a piece of the game which was rather boring and added a fun bit of risk/reward to it. You can choose a more conservative wrap-up tackle, or you can try for a big hit which may cause a fumble.

Nearly everything about defense is changed, and that’s a very good thing. It allows for more depth and strategy. That isn’t to say that Madden NFL 15‘s offensive game is dull and boring. Lower accuracy passes have been introduced, which require more effort from the wide receivers and lead to crazy catches in the field. Still on the offensive game, working with the new play calling menu can initially be frustrating, but the latest addition of sorting by concept was the one thing I thanked the football gods for as this was always an issue for me. 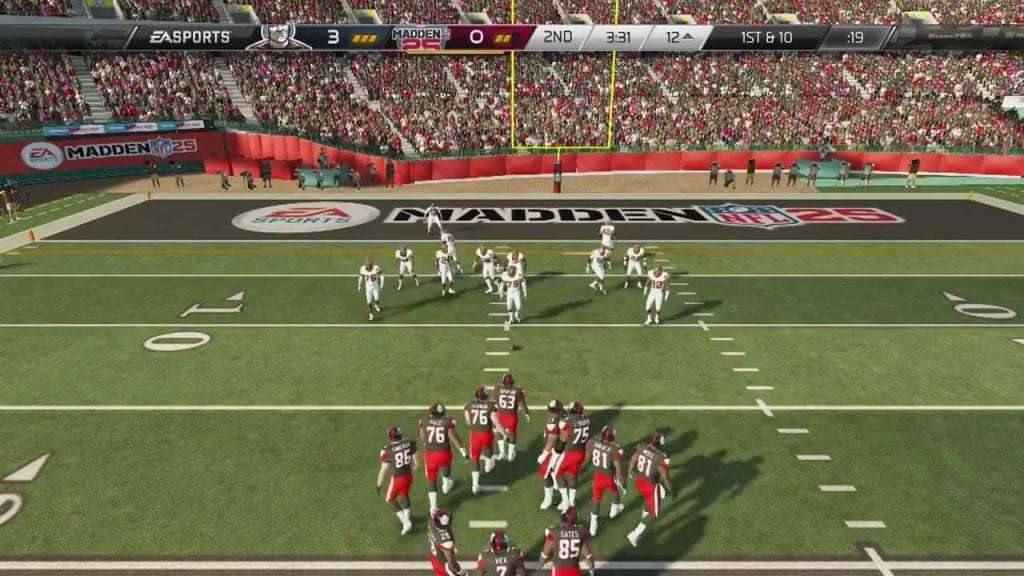 All of the series’ fan-favorite modes return including Madden Ultimate Team and Connected Franchise. The Connected Franchise mode, will inevitable earn the major bulk of a players time spent in the game. And why not? The game mode has so depth it is hard to imagine one player really mastering everything that Madden can offer. In terms of ONline, you’ll likely be involved in finding a random opponent and playing a game, but hardcore players should consider forming or joining an Online Connected Franchise.

Special mention goes to a new game mode, called The Gauntlet, which is a intensely entertaining and insanely addictive way to improve Madden skills. 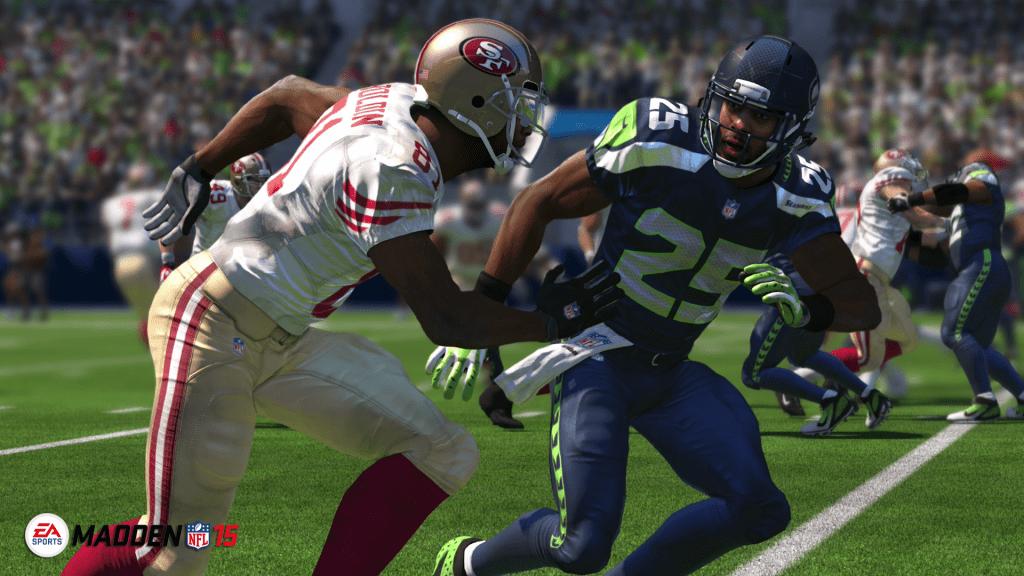 I could be nit-picky about a few of things in Madden NFL 15, but honestly why should I when even I struggled to find them and when I did they didn’t detract from the overall game. It’s no secret that in previous years, the changes were subtle and lacking, making it fantastic to see the franchise finally evolve in a meaningful manner, with dramatic camera angles and intense defensive battles bringing the fun back.

Madden NFL 15 was reviewed on the Xbox One and is available now on PlayStation 4, Xbox One, PS3 and Xbox 360.