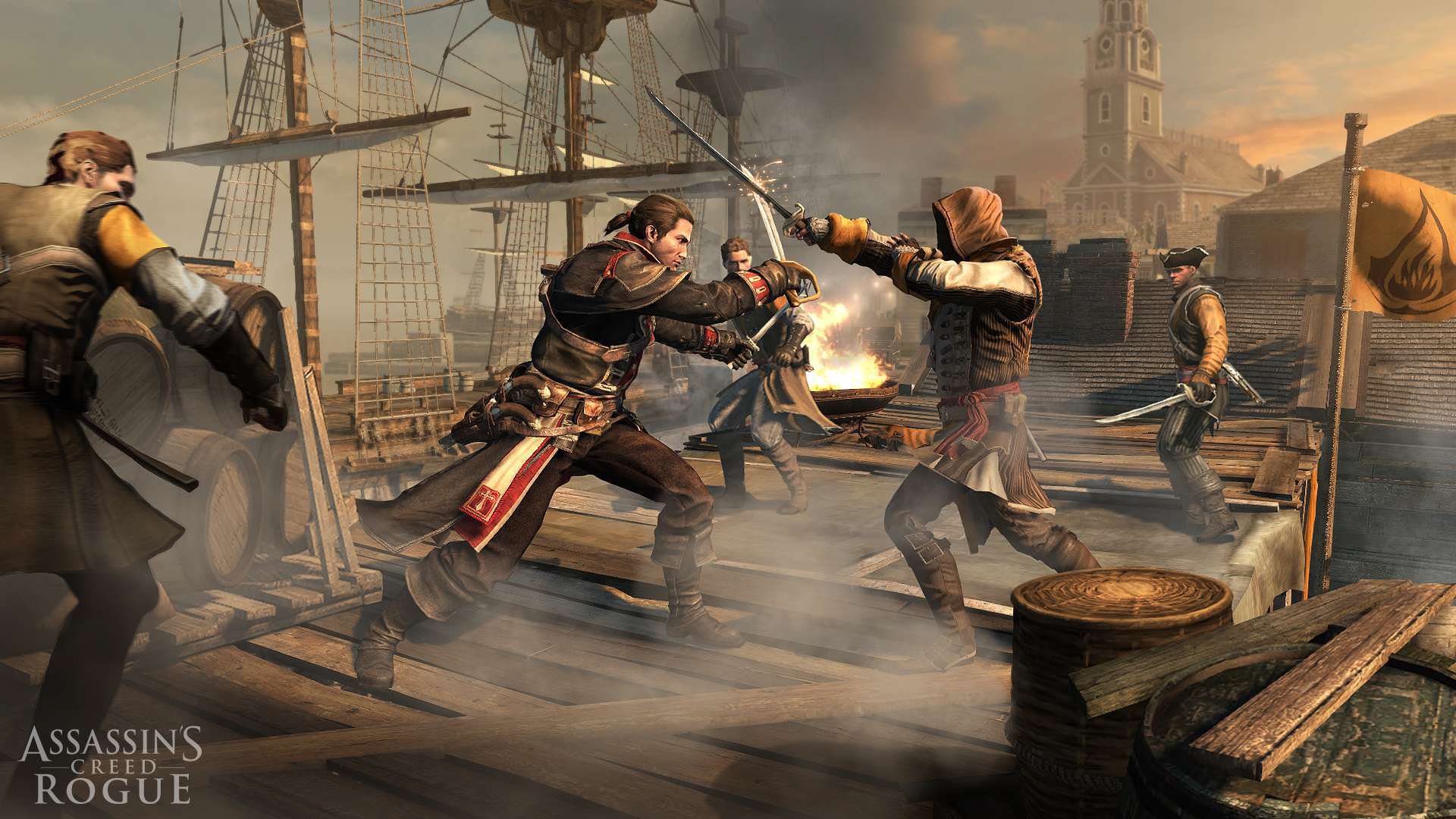 In the trailer above we experience the epic battle between Shay, the ultimate Assassin hunter, and his former brothers in this first gameplay trailer of Assassin’s Creed Rogue.