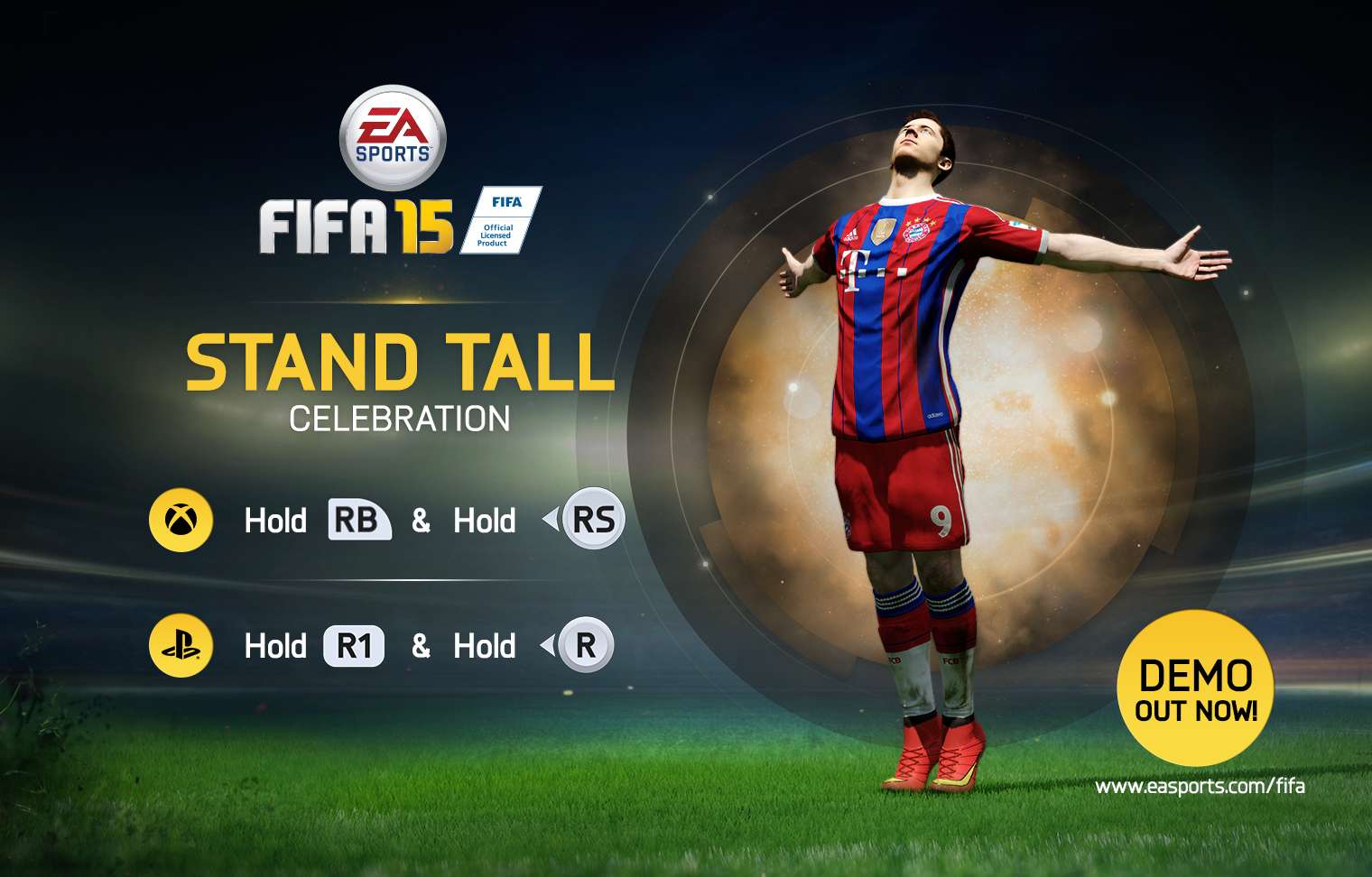 This week EA announced that the playable demo of FIFA 15 is available to download for Xbox One, Xbox 360, PC, PS3 and PS4 ahead of the game’s launch in two weeks’ time. Fans will be able to play at Anfield as Liverpool FC, FC Barcelona, Chelsea FC, Paris Saint-Germain, Borussia Dortmund, SSC Napoli, Manchester City, and Boca Juniors, or as one of five unique squads in FIFA Ultimate Team.

One of the weirdest additions to the game is the new celebrations options. Seriously, you can now celebrate a goal but acting like an old man… Don’t believe me check this video explaining how you can stand tall, bother flags and of course act like an OLD MAN! See I told you. 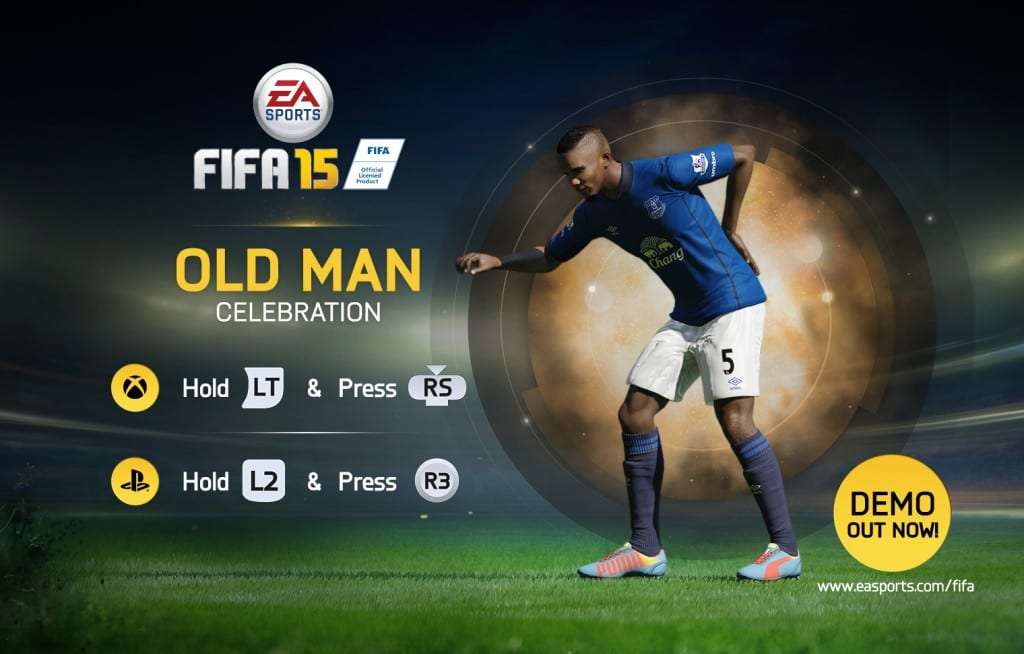 FIFA 15 is out on the 23rd of September on all titles and to celebrate the launch of the game, the following two FIFA 15 game bundles are available for pre-order globally with Xbox:

Pssst i’m just saying that, you can get 10 percent off your purchase and an exclusive trial five days before the release date, if you sign up for EA Access before you pre-order FIFA 15 but you didn’t hear it from me.