Bungie (developers of Destiny and Halo) announced today that Destiny’s first raid is now live. In the ‘Vault of Glass’ you’ll be tested to the max with the raid recommended for levels 26 and above. You’ll be able to enter at a lower level but you probably won’t last long.

Bungie Specialists have confirmed that, while you may be able to access the Raid before you reach Level 26, such acts would be very foolish.

Rome wasn’t built in a day and the Vault of Glass probably won’t be finished in one either, it’s going to be so tough that your progress will be saved for a week. However, all six players involved are going to have to follow the same Fireteam leader into battle to continue using the raid. You best clear your diaries! 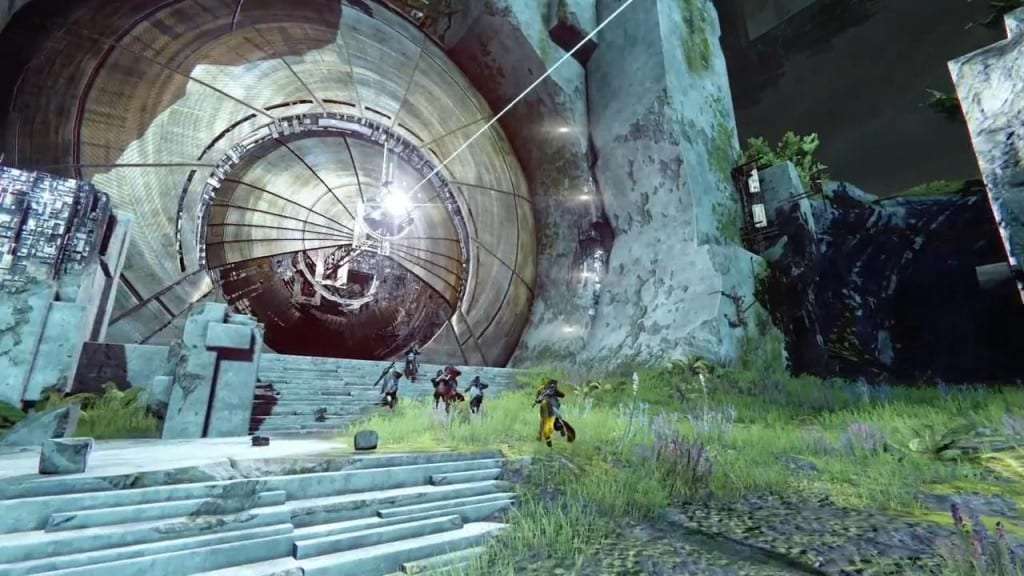 Screenshot of Destiny – Vault of Glass

As all six players are required to play and pick up progress in the raid, you won’t be able to matchmake. It’s intentional as you really are going to have to talk to your teammates to survive. We recommend getting a nice mix of Hunter, Titan and Warlock classes together and getting stuck in.

Remember, there is some legendary gear on offer, may the odds be ever in your favour!

Will you be entering the ‘Vault of Glass’? Are you enjoying Destiny? Let us know in the comments below or on our Facebook or Twitter pages.