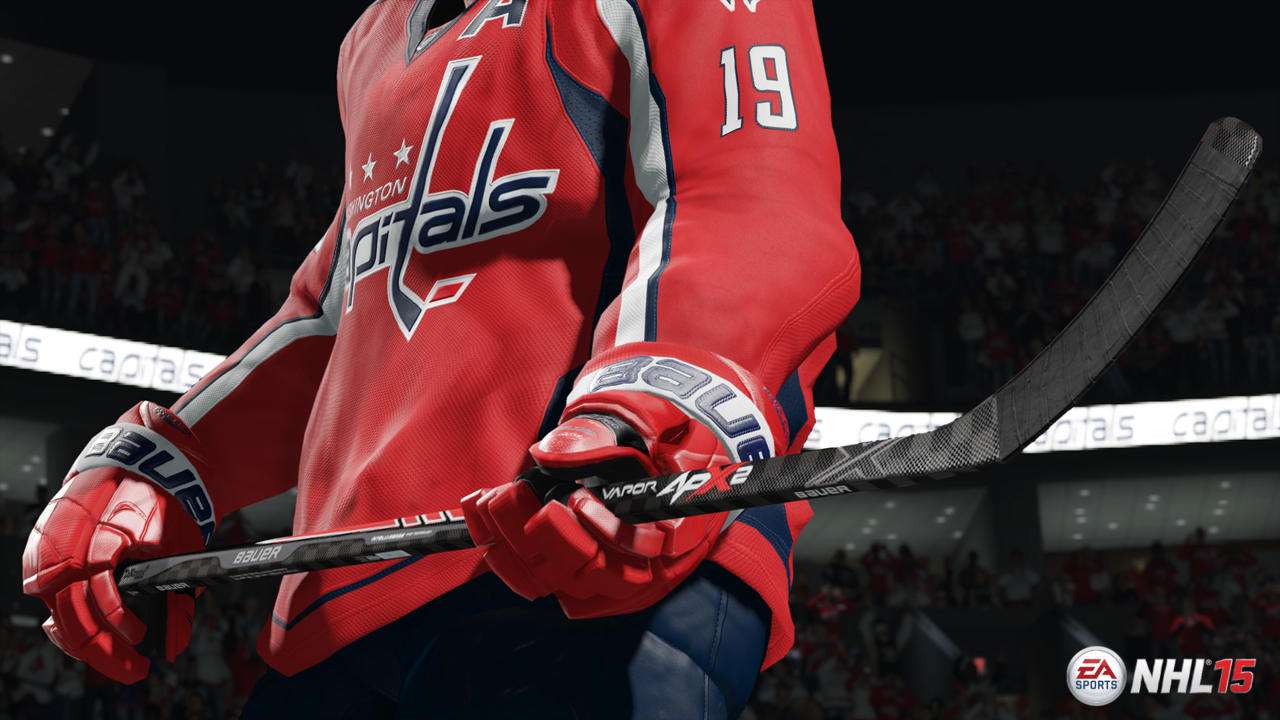 The NHL leap to next-gen has finally arrived with the arrival of NHL 15 and to say there was a certain level of expectation is an understatement. Especially when you consider what was achieved, with the last instalment (NHL 14) on the last-gen machines.

Have they brought the puck this year? Well, the short answer is… Kind of.

In terms of graphics, NHL 15 is without doubt the most realistic looking representation of hockey ever committed to disc. The player models look incredibly life-like and on many occasions, it was hard to tell that this was a game at all. The way players move across the ice, the way arenas and fans add to the matches and the sheer visual quality really represent a high point in terms of realistic sports sims. 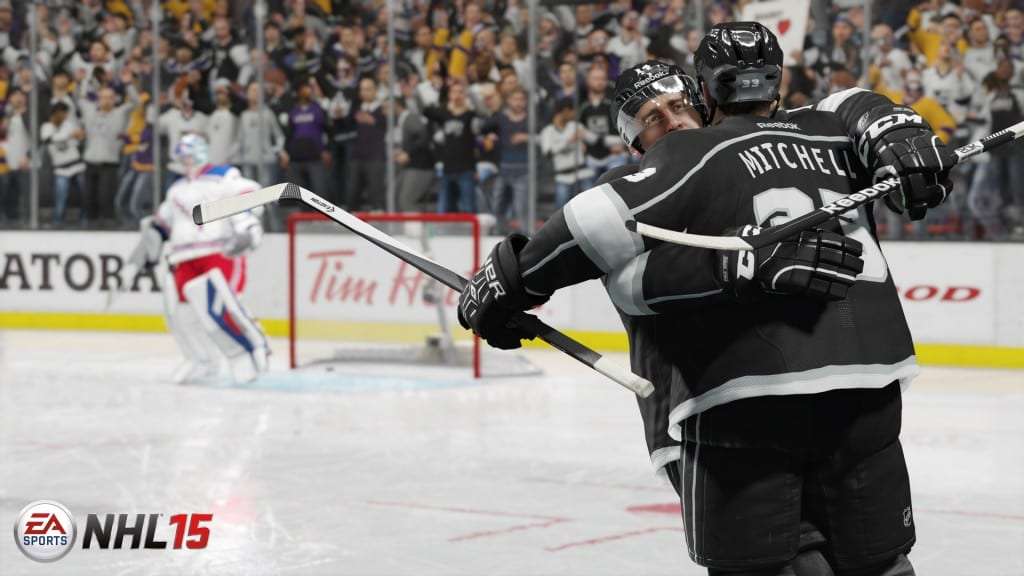 The games’ audio has also been given an upgrade this year. Gone are the often-repetitive lines by Bill Clement and Gary Thorne. Instead in their place are NBC’s Mike Emrick and Eddie Olczyk, as well as TSN’s Ray Ferraro. The NBC duo handle play-by-play and colour analysis, while Ferraro chips in with rink side commentary pertaining to things like individuals’ performances and injury reports. Overall, it is an upgrade, but not a huge one considering that repetition is still an issue and some of the new lines simply fall as flat as a dad joke. 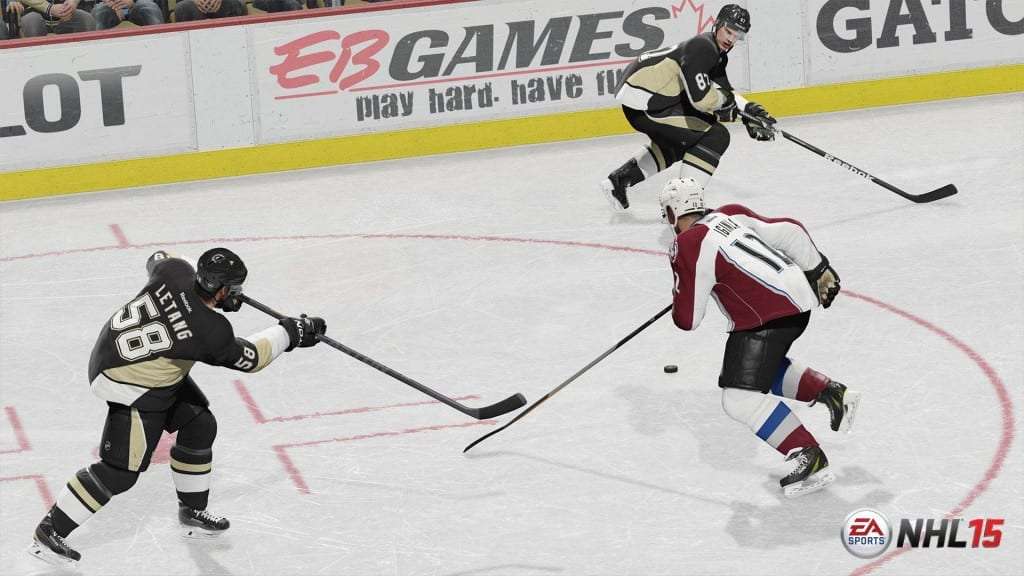 One area that the developers have obviously put a lot of effort into is the presentation and gameplay of NHL 15. The actual hockey plays very well with the puck moving about the ice in a realistic manner (the team behind it actually went out and enlisted a scientist who worked on the Large-Hadron Collider to help them revamp the title’s puck physics) and the players feeling as though they have real weight and momentum behind them. The new physics systems really plays a key role in the action, and allow for some pretty bone crunching collisions. There is no doubting that they add to the game’s realism and overall presentation facets as a result.

I feel I should warn the readers that the controls can be a bit tricky to get used to at the start but once you get the hang of them, it is possible to play some fast and impressive looking hockey. 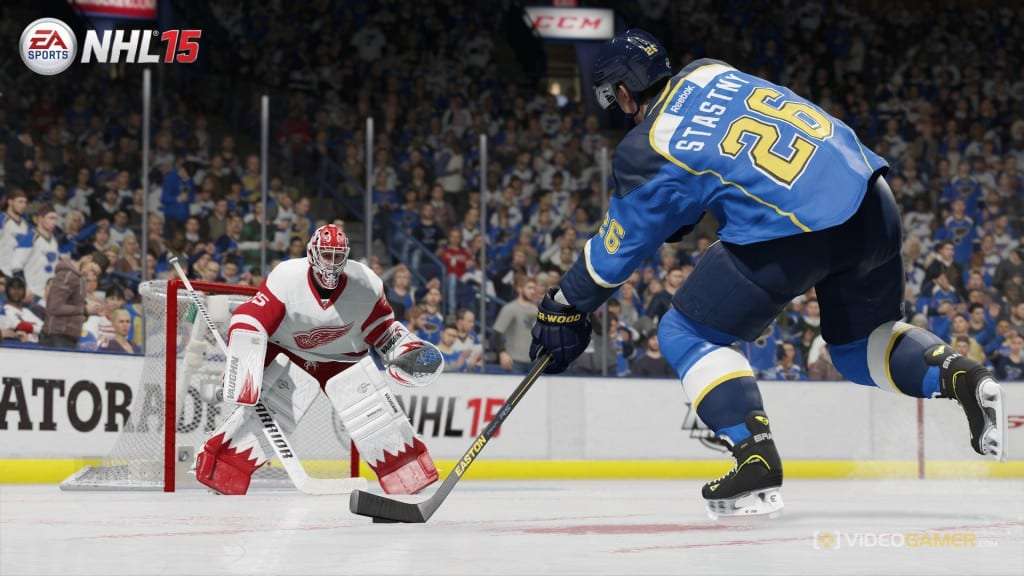 Fans of the NHL series may be disappointed to hear that many of the modes present in previous versions of the game have not been included in NHL 15. Fan favourites such as EA Sports Hockey League (6-on-6 online team play), Online Team Play (one-off games played with and against real people), Live the Life (a light-RPG flavoured career mode), and Online Shootouts all were culled.

The modes that did make the cut include Play Now (exhibition matches), Be a GM (create your own dynasty), Be a Pro (Live the Life’s predecessor), NHL Moments Live (a chance to relive memorable moments from the NHL), Online Versus and Hockey Ultimate Team. So, there are still a variety of modes that allow the player to battle through a match like an ice hockey pro.

EA has said some of these modes will be added through patches at a later date. Here is what the company is saying will come later in September and in October:

There is a lack of features in the next-gen NHL 15 that makes it genuinely difficult to believe that this entry was released after last year’s stellar game. Don’t get me wrong, the game has its strengths, but the stark differences in the games overall experience will start cropping up once you play a few scrimmages. Should these differences stop you playing the game? No. The gameplay and graphics makes the game worthwhile for those looking for a dose of next-gen hockey to keep them going.