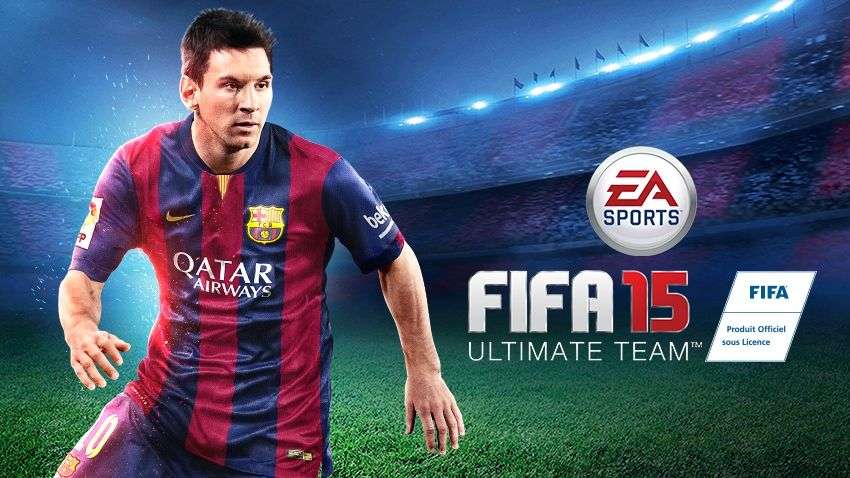 The world’s biggest football gaming franchise ‘FIFA’ arrives on iOS, Windows Phone and Android again today with the launch of FIFA 15 Ultimate Team. The game has been massively changed this year for mobile formats. It now focuses on the Ultimate Team mode as EA Sports found that 80% of users play just 2 modes. There is no normal career mode this time round.

The free-to-play game is now built around creating your team and becoming the #1 player in the world. You can ‘unlock’ new players for your hand-crafted team though playing games, earning you points. With those points, you can buy packs of players. As it’s free to play, you can also buy points/packs using in-app purchases. 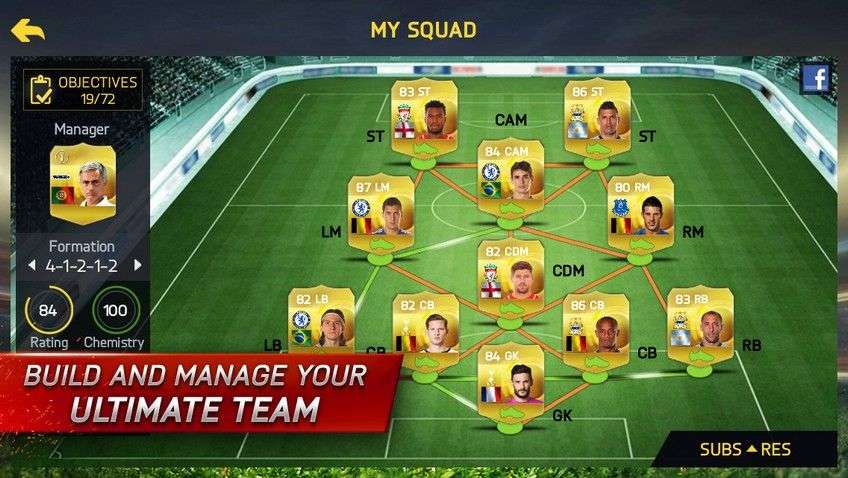 If you’re too busy to actually play the game using the on-screen and gesture based controls, you’ll find that FIFA 15 Ultimate Team also has a simulation mode where you manage teams and make substitutions, formation changes and more while the computer plays the game for you.

New this year is the ability to play the ‘Matches of the Week’ where you can play this week’s biggest matches or choose one of 600 clubs and play their next game. 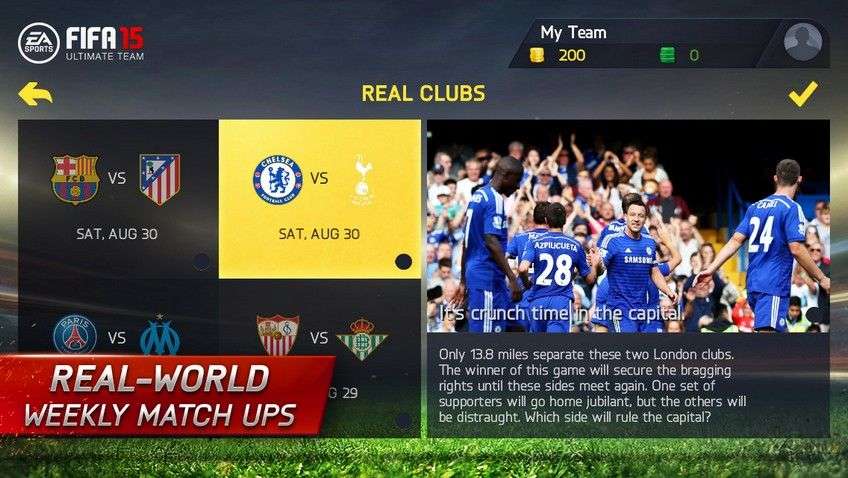 FIFA 15 Ultimate Team features 83 licensed teams, 33 leagues, 34 real stadiums and more than 10,000 licensed players making it one of the most comprehensive sports games we’ve ever seen on mobile.

If you’re worried about on-screen controls, EA has added support for these game controllers this year:

The game is out now and is free to download on iOS, Android and Windows Phone.

Will you be downloading it? Let us know in the comments below or on our Facebook or Twitter pages.