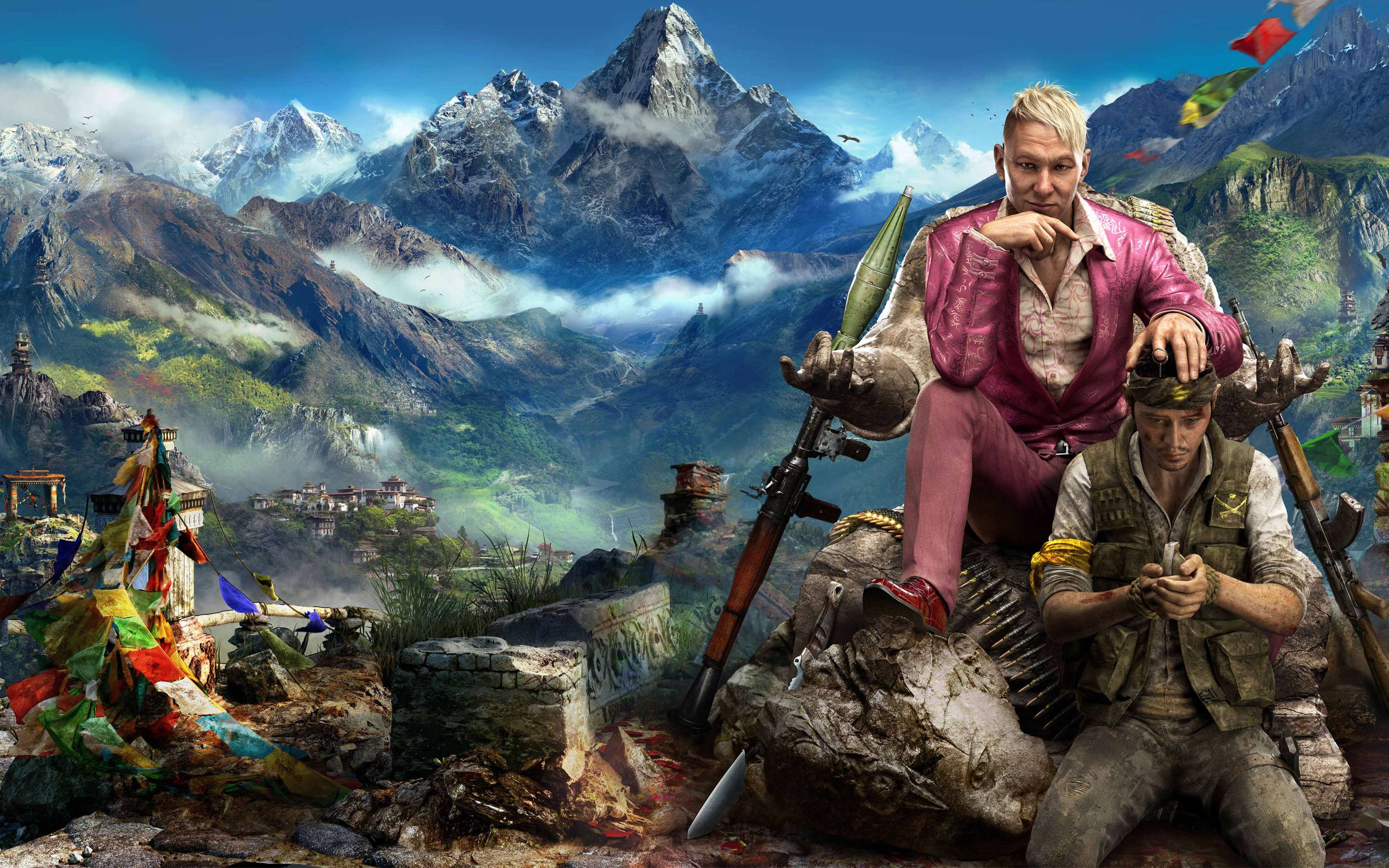 The latest trailer for the highly anticipated Ubisoft game ‘Far Cry 4’ was released today. In the trailer, we see Far Cry 3’s villan Vass make an appearance with another of his speeches. Ubisoft couldn’t put it any better, saying “Sadistic dictator. Psychopath. Best dressed man in Kyrat. These are just a few traits on Pagan Min’s lengthy resume as the self-appointed King of Kyrat…”

The trailer features Far Cry 4’s new range of land, air and sea vehicles you’ll be getting around the island on and of course an assortment of burning buildings, AK47s, animals, planes.. Imagine an explosive jungle playground and you’re pretty much there.

The game is being designed with cooperation as a focus. This time, you have the ability to invite your friends (even if they don’t own the game) into your session to experience the Island of Kyrat together for a few hours. We really can’t wait to get our hands on it.

Far Cry 4 by Ubisoft Montreal is available on November 18th for PS4, Xbox One, PS3, Xbox 360 & PC. There are two special editions this time round. The ‘Limited Edition’ with ‘Hurk’s Redemption’ DLC. Or, if you pre-order or the ‘Kyrat Edition’ you’ll get a mini-stature of ‘Pagan Min’ a map of Kyrat, poster, journal, collection box and of course the ‘Hurk’s Redemption’ DLC.

Will you be picking up Far Cry 4 when it’s released in November? Let us know in the comments below or on our Facebook or Twitter pages. Don’t forget to subscribe to our YouTube channel for reviews, previews, hands-ons and more.