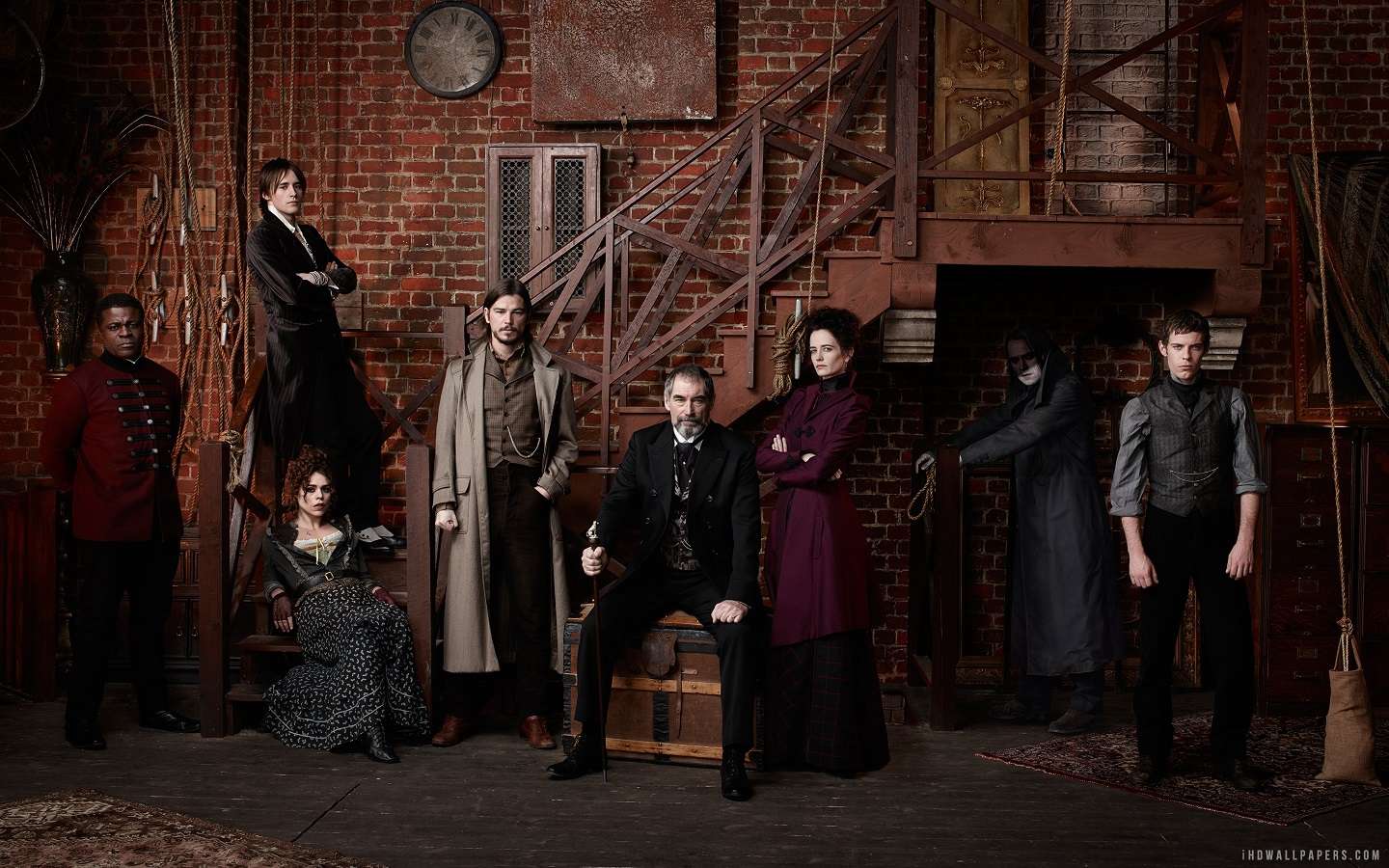 Penny Dreadful: What lurks in the shadows?

Penny Dreadful began filming season two of the show in and around Dublin and at Aardmore Studios in Wicklow in September. Coupled to to this excellent news is the announcement that Helen McCrory as Evelyn Poole/Madame Kali and Simon Russell Beale as Egyptologist Ferdinand Kyle will return as series regulars; and new cast members for season two will include Douglas Hodge (The Descent Part 2, Robin Hood) as Bartholomew Rusk, an intense Scotland Yard investigator on the hunt for the perpetrator of the terrible murders plaguing London,  Sarah Greene (The Guard, Vikings) who will play Hecate, Poole’s powerful daughter and Jonny Beauchamp (How to Make it in America, Stonewall) portraying a young man with a singular past. Patti Lupone (American Horror Story, Evita) will also guest star in episodes of Season two playing a mysterious character with links to Ms. Ives (Eva Green) past. For fans of the show all these announcements are combined with the release of season one on DVD and Blu-ray on 7th October in the USA and 13th October in Ireland and the UK. With this in mind we complete our review of season one of Penny Dreadful in anticipation for this release. 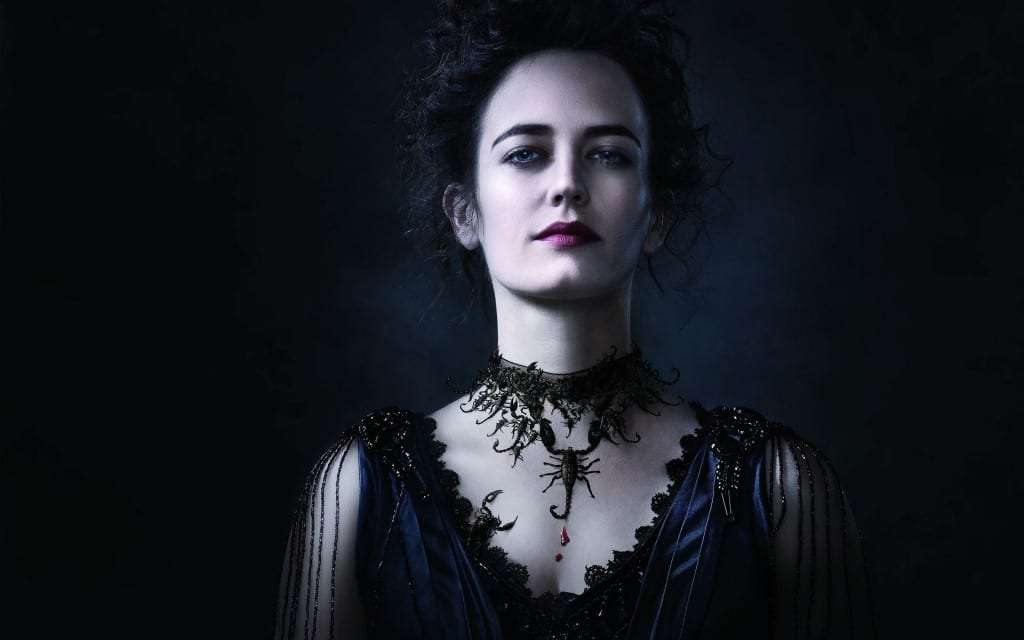 The first four episodes of Penny Dreadful on Sky Atlantic HD provided an almost contained mini-series steeped in the Gothic literature of the Victorian period and delivered a dark, atmospheric and eerily beautiful first half to season one underpinned by magnificant performances. Sir Malcolm’s (Timothy Dalton’s) quest to track down and rescue his daughter Mina Harker (Olivia  Llewellyn) after her kidnap and possession by an ancient demon runs through this second half of season one. But in episode five, “Closer Than Sisters“, the series continues with the important back story between Vanessa (Eva Green) and Sir Malcolm relishing in the turbulent and raw history of Vanessa Ives and the reasons for her often tense and fraught relationship with Sir Malcolm. Eva Green portrays Vanessa Ives with such tragedy as family secrets are exposed that shatter her close friendship with Mina. Sir Malcolm’s affair with her mother is witnessed by the young Vanessa and leaves an indelible mark that surfaces with the her seduction of Mina’s fiancee. These events begin a series of marked changes in the young Vanessa and awakens something within –  as Vanessa narrates “Something whispered and I listened“. Ultimately Vanessa’s descent in to darkness and Sir Malcolm’s hostility towards her begins with Vanessa’s betrayal of her friendship with Mina and leads to the second of three incredible depictions of possession by Eva Green. This character development is great as it delves and illustrates the hard, painful and wrought coming-of-age of Ms Ives and her personal, yet guilt-ridden, relationship to Sir Malcolm and his daughter Mina. 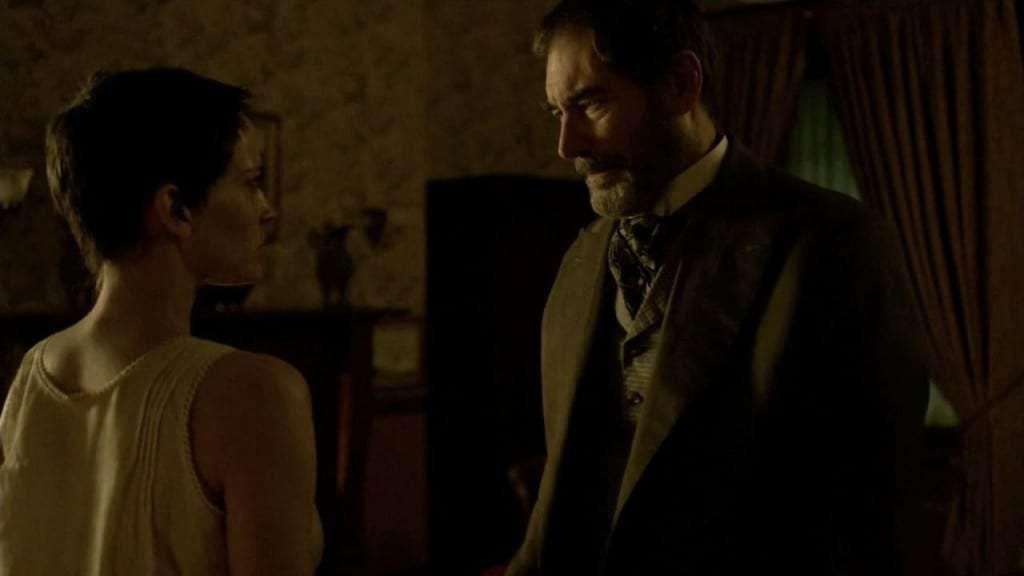 As Vanessa’s psyhic connection to Mina grows stronger in episode six, “What Death Can Join Together“, the group begin to close in on Mina’s captor at a quarantined plague ship at the London docks.  We see the distrust of Vanessa held by Sir Malcolm as he hides his intentions from her as accompanied by Ethan (Josh Hartnett) and his butler Sembene (Danny Sapani) they go after the creature and his daughter. Ultimately, after a great fight sequence in the hull of the ship the creature escapes with Mina to a new sanctuary. However, the question remains for Sir Malcolm as asked by Sembene “What do you do to your daughter if she can’t be saved? Know what you are going to do!“. This is juxtaposed with Vanessa’s assured knowledge from episode five that “I love you [Mina] in a different way, I love you enough to kill you!“. The tantalising question and its potential answer really helps to propel the main story to save Mina in an excellent way. 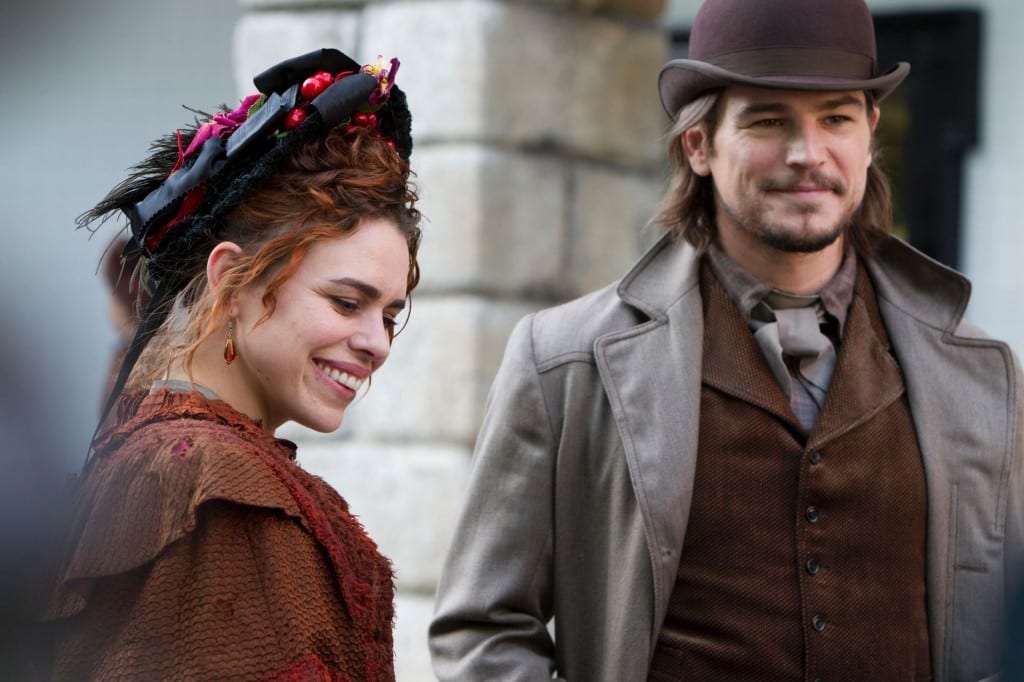 The colourful, dubious and incredibly well-written characters are further explored in the episodes “What Death Can Join Together” and “Possession” in what is likely to be a fascinating collision of characters that will play out in season two. The world of Victor and his creation Caliban (Rory Kinnear) becomes increasingly agitated. Caliban’s desire for a companion leads to him, being forced from his work place at the Guignol theatre and denying Victor the same right at companionship. In a tragic sequence one of Victor’s only true confidants, Van Helsing (David Warner), is murdered by Caliban just after sharing his experiences on the “obscure” paranormal phenomena called vampires. This sets Victor on a path to comply with Caliban’s demands that will intersect with the progressively deteriorating and sickly Brona Croft (Billie Piper) and have consequences for Victor’s relationship with her reconciled lover Ethan; who also has his own problems to resolve as he is tracked by two American Pinkerton detectives on their own quest for answers from Ethan. 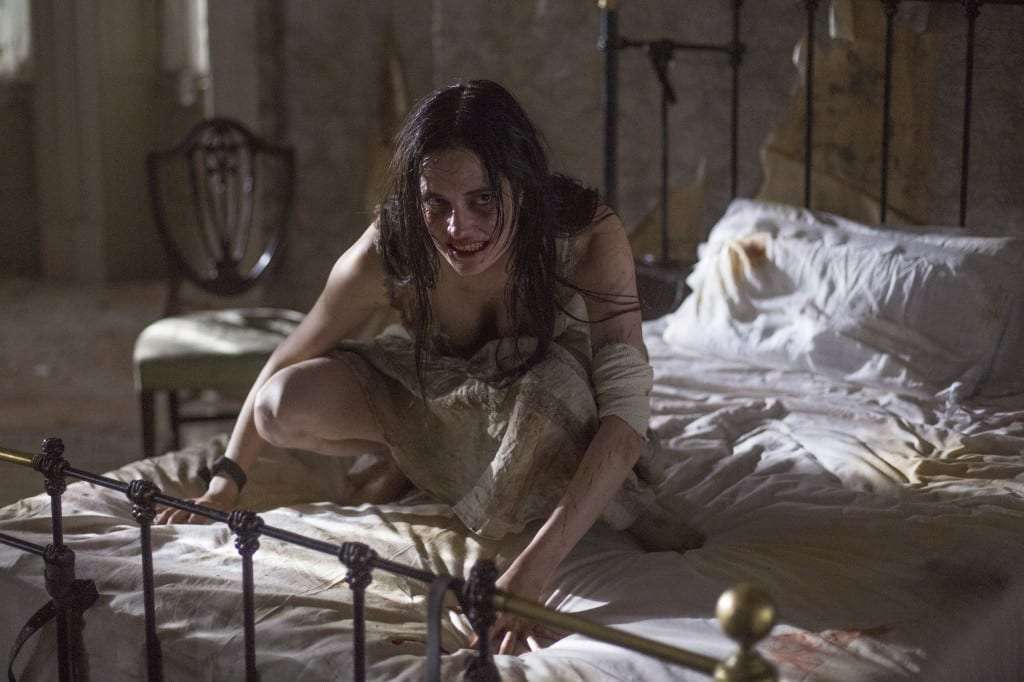 The development of Vanessa’s relationship with Dorian Gray  (Reeve Carney), in episode seven “Possession“, is a standout that leads to a carnal adventure with terrifying consequences as it awakens for the third time the evil spirit within her. What follows is the most disturbing and chilling deterioration of the human spirit, mind and body seen on TV in a tour de force of acting by the mesmerising Eva Green. These are the most intense sequences of the series in terms of the physicality of her possession and the character/story development as the possession lays open the torment and anguish of Ms Ives and emphasises the weaknesses and contradictions of the group. 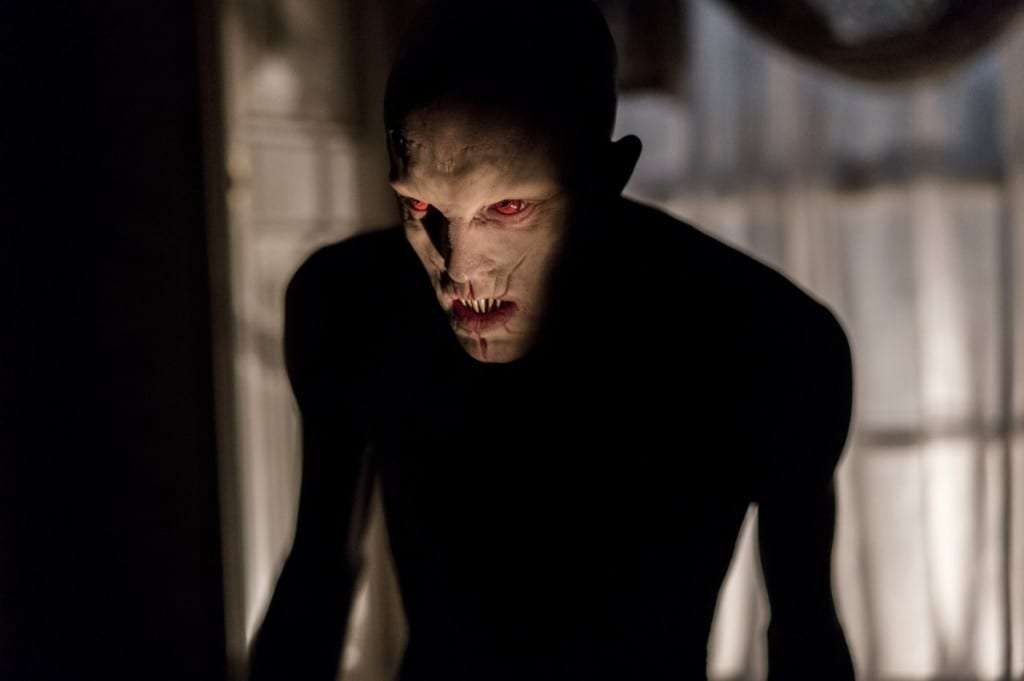 Recovering from her demonic possession, following her exorcism by Ethan, Ms Ives emerges to guide the company to the Guignol theatre where the final act of the season plays out in episode eight “The Grand Guignol”. The group corner the vampire at the theatre where the creatures matrimonial intentions for Vanessa become clear. In the ensuing fight to save his possessed daughter and the ensnared Vanessa from the evil creature Sir Malcolm makes his decision that only one can be saved as he fires a single shot in to Mina to save Vanessa! In the aftermath of the bloody encounter both Vanessa and Ethan are confronted with their pasts that ask what it is to be normal and adds another legend to the gallery of ghouls, demons, creatures and beasts in this show. 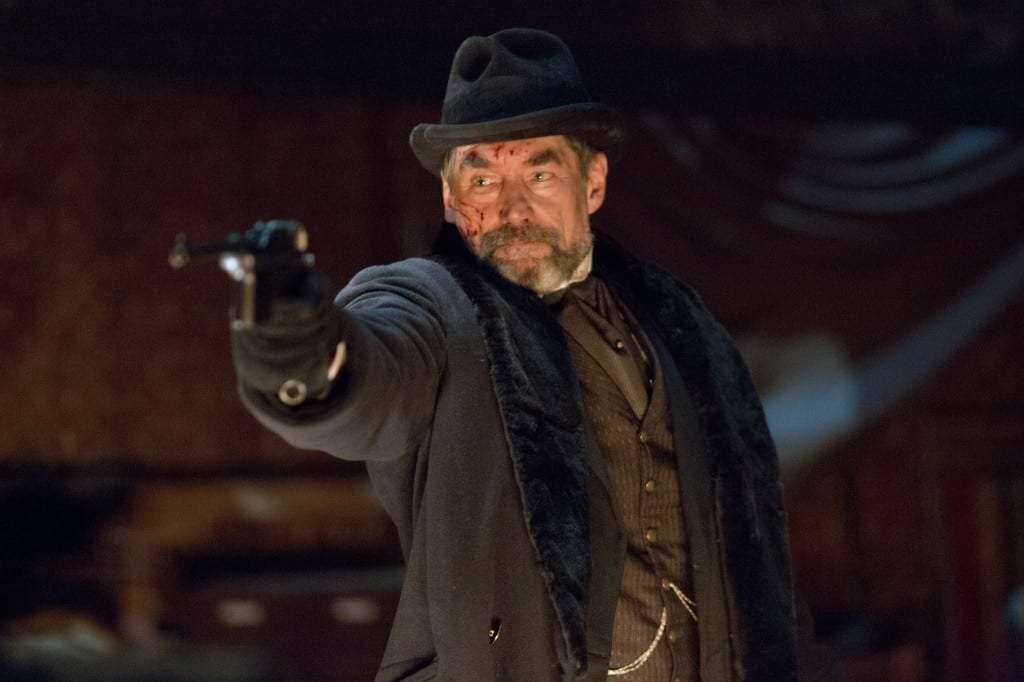 Penny Dreadful brought to the TV screen a singular vision by John Logan (writer and executive producer) that relishes in the classic characters and atmosphere of the Victorian horror novels. The theme that underpins the show is one that feels very much contemporary despite the period setting and it surrounds the notion of the monster within and the resultant sense of disenfranchisement or separation from the mainstream. This adds a very distinct level to the series as a whole and adds a deeper meaning to the disparate group that is excellent. These emotional beats are apparent in the touching and at times poignant relationship between Victor Frankenstein and his creation Caliban. Both Harry Treadaway and Rory Kinnear capture the notion of the outsider brilliantly in all its tragedy and glory, ultimately, bringing to life this fascinating and complex relationship.

Penny dreadful taps into the increasing horror trend in TV but is more than simple gore as the series brings haunting, deeply emotional and remarkable characterisation that is most profoundly illustrated by the performance of Eva Green as Vanessa Ives and her counterpoint Timothy Dalton. These two characters on screen are simply mesmerising as they play off one another in scenes that project the deepest of motivations between these two characters. The possessions of Vanessa Ives are striking and remain some of the exceptional moments of the first season. Eva Green is exceptional and captivating in her disturbing and unsettling portrayal of possession. Simply put she is brilliant. 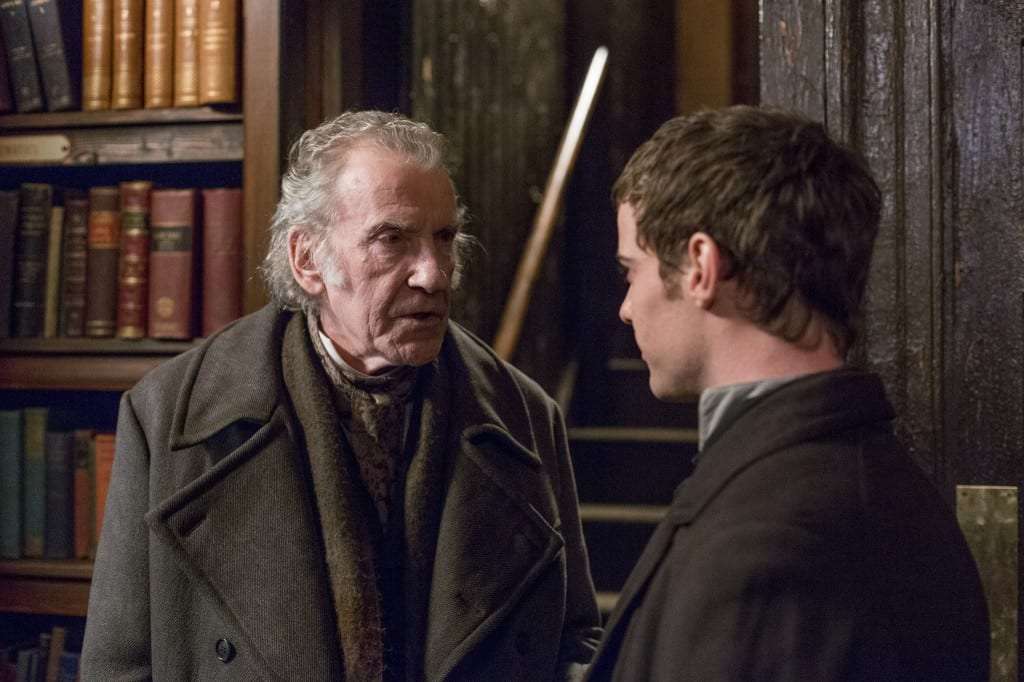 Not all is perfect for the show. The biggest issue relates to Ethan’s set up in episodes one and two as an unknowing American gunslinger who is shocked at what he experiences. This eventually becomes inconsistent later on in the series as he is shown to be knowledgeable about exorcism and his monster is finally let off the leash. This inconsistency in the story is disappointing as is the sudden disappearance from the story of the earlier murder investigation by the London police. The death of Van Helsing also, while shocking and unexpected, felt premature. It’s my opinion that there was much more potential in the Van Helsing character that David Warner could have brought to the screen but because of the characters death wasn’t afforded that opportunity. In this regard it sometimes felt that eight episodes were too short for all the ideas that John Logan wanted to bring to the series and so it is great that season two has been green-lit to give that room for the development of themes and other characters next year. 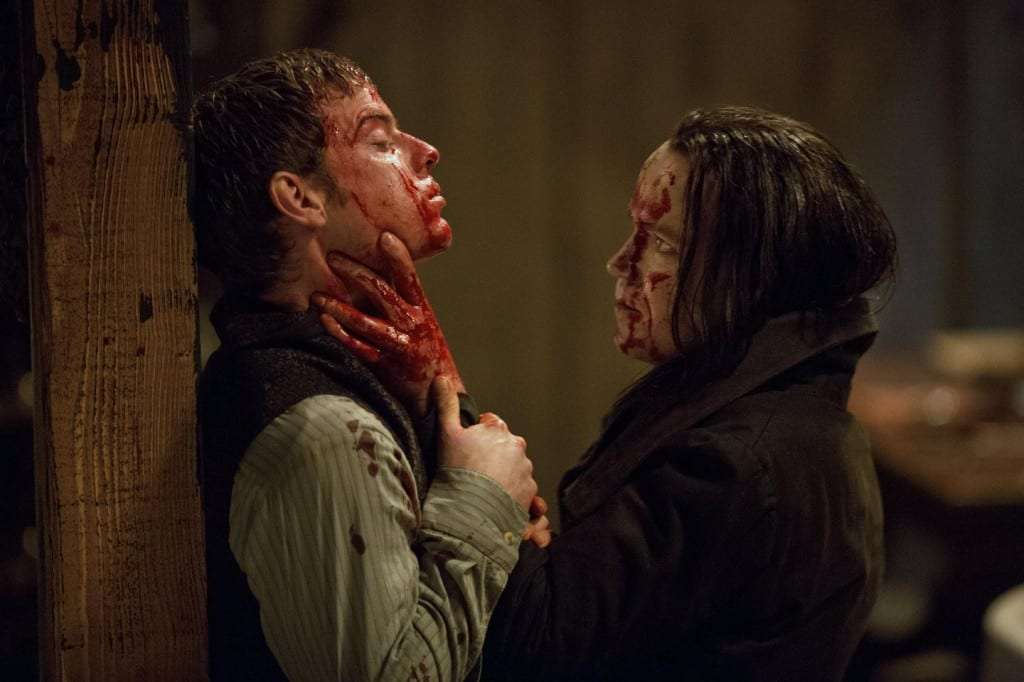 Despite some of these grievances the show’s central story and premise is great especially those centered around the emotional cores of Ms Ives-Sir Malcolm and Dr Frankenstein-Caliban. The story telling is elevated by the incredible acting talent that is on display in the series. The quality of the performances is captivating and engrossing. Those with a taste for horror stories should revel in the old school retelling of the classic Gothic literature that does not feel out-of-date. The intertwining of story arcs between the different members of this disparate group is also excellent and exploration of Vanessa and Victor’s back-stories deepens our understanding of these characters. How all these relationships develop and expand in season two will be great to see. In particular, I can’t wait to see if Dorian’s portrait will be revealed to us in all its gory, how Brona’s death (and potential “resurrection”) will impact the group and how Ethan deals with this whilst struggling with his own lupine demons will be both interesting and fun to watch.

Penny Dreadful, starring Timothy Dalton, Josh Hartnett, Eva Green and Billie Piper, will return to Sky Atlantic HD in 2015 for season two of the series. If you missed the series the complete season one is available to buy on DVD and Blu-Ray from 7th October in the USA and 13th October in Ireland and the UK.