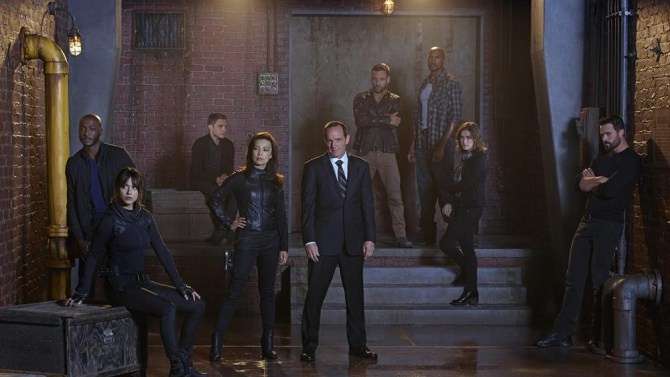 
Now that the second season of Agents of S.H.I.E.L.D. has begun on RTÉ Two HD there are full SPOILERS below in this review.

Marvel’s Agents of S.H.I.E.L.D. returns for its second season with the events and their consequences from last season weighing heavy upon the group. The opening episode “Shadows” confidently builds on those ramifications as it carries through plot themes and developments from those final few episodes of season one which is great for the continuity of the show. However, we are immediately transported back to the early days of S.H.I.E.L.D. and its precursor the Strategic Scientific Reserve (SSR) as we are treated to a lovely slice of nostalgia that harks back to Captain America: The First Avenger. In the opening few minutes we see Peggy Carter (Haylay Atwell) with the Howling Commandos that include Dum Dum Duggan (Neal McDonough) and Jim Morita (Kenneth Choi) as an SSR team sent to infiltrate a Hydra base to secure an object of unknown origin (SSR 0-8-4 designation) that has a fatal property when touched. The object also carries the mysterious alien markings that were seen last season. To recover the object (the Obelisk) the team face an ominous Hydra officer called Reinhardt (Reed Diamond) attempting to escape with the same object and who later is seen to be in the present as Daniel Whitehall (Reed Diamond), which is an intriguing character note to this episode as it appears he has not aged since 1945. Daniel Whitehall in the comics was a legendary Hydra agent known as “The Kraken”. The opening also nicely ties-in and reminds us of the forthcoming Marvel’s Agent Carter mid-season (eight episode) series that will interweave with aspects of this season’s Agents of S.H.I.E.L.D. How these two series interact and influence one another will again be another interesting feature of the next nine months of Marvel television. 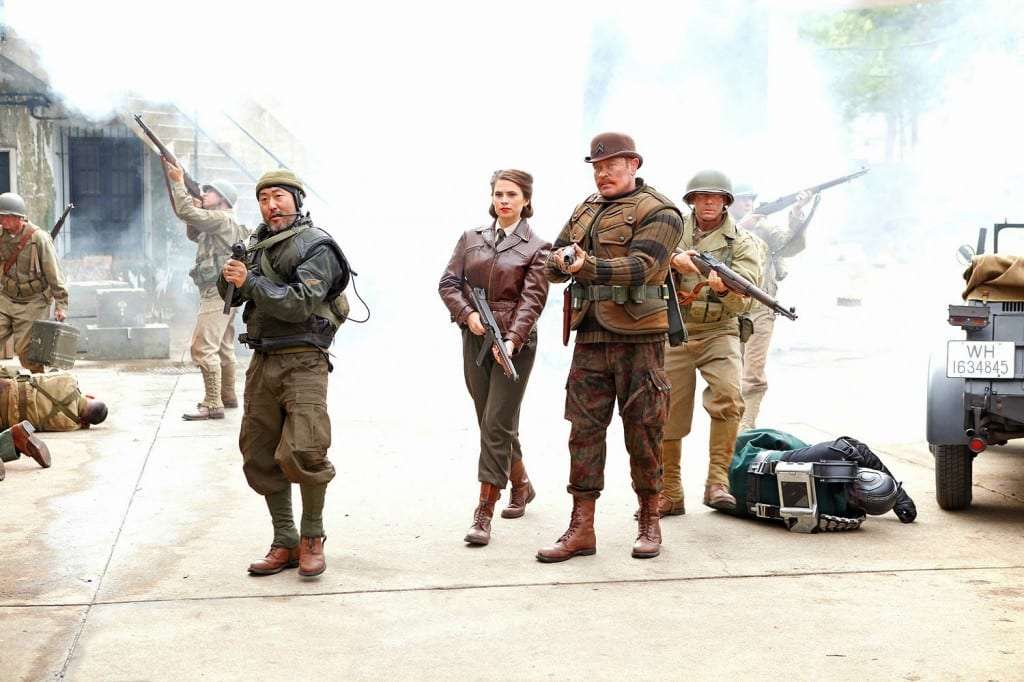 The ownership of the Obelisk forms the focus to the story of the episode as competing interests are seeking to procure the object either with money or by force. We follow former Agent Browning (Matthew Glave), no longer a part of S.H.I.E.L.D., as he attempts to sell information on the black market about the Obelisk to Agent Isabelle Hartley (Lucy Lawless) and her mercenary colleague Lance Hunter (Nick Blood), all working undercover for S.H.I.E.L.D. However, other groups are interested in the artifact as in the deal Browning is murdered by Carl Creel (Brian Patrick Wade) a man with ties to Whitehall. Creel, also known as the absorbing man, has the ability to “absorb” the properties of any substance he touches from wood, to glass, through metal to the properties of the Obelisk. These transformations look great and are expertly handled in the episode by clever use of practical and visual effects. 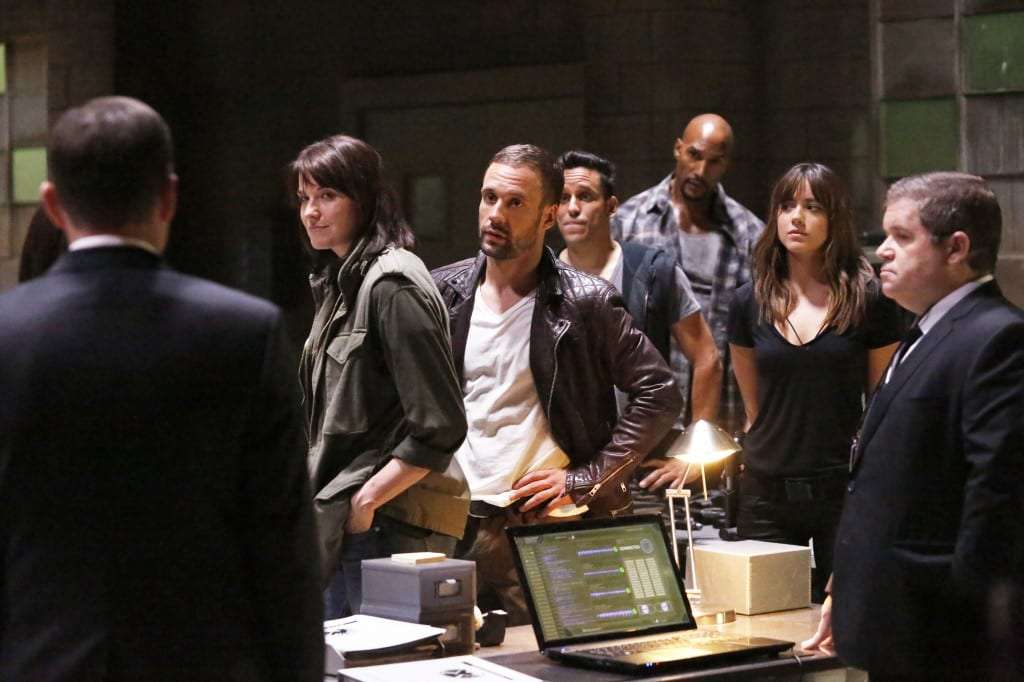 What is noticeable is that the tone of the show has also shifted and feels at once darker and more grown up; and yet it also manages to retain the humour and lightness that was a refreshing part of season one. This darker tone to the show is in part down to the later prime-time slot of 9pm in the USA where more adult themes can be explored. Though the change in tone even extends to our favourite Director Coulson (Clark Greg) who has an increased sense of seriousness as he says to his team, S.H.I.E.L.D. must “Disappear, become ghosts, that’s how we have to live now, in the shadows. To save people even when they don’t know it, don’t want it.” This is great continuity and apt for a man in charge of rebuilding S.H.I.E.L.D. and of an organisation that is on the run from the military and, in particular, Brigadier General Glenn Talbot (Adrian Pasdar). This darker feel is a welcome addition to the range of the show and is felt most keenly as Talbot’s family are targeted by Creel in order to recover the Obelisk. This leads to a great double cross as Agent May (Ming-Na Wen) and her team, comprising Skye (Chloe Bennet), Hartley and Hunter, help Talbot fight off Creel, who gets captured by the military. In the confusion May’s team abduct Talbot to obtain secret codes to a US military base where Coulson wants to recover confiscated S.H.I.E.L.D. assets that include the dangerous Obelisk and stealth QuinJet. 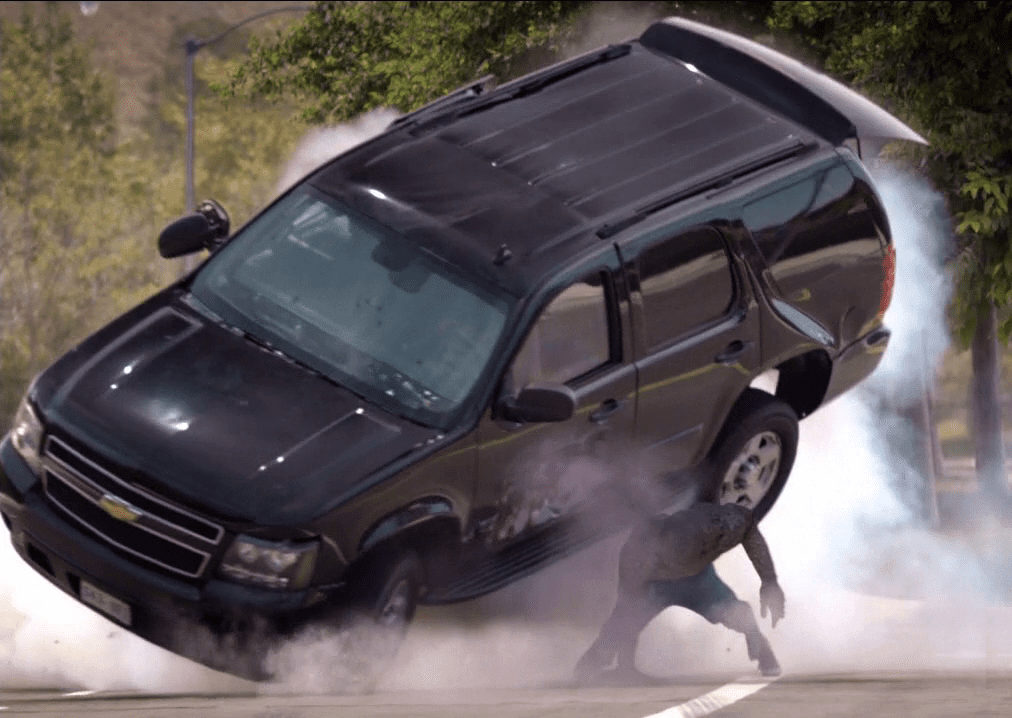 The team, under the guise of Agent Triplett’s (B.J. Britt) US general, infiltrate the US military base. At the same time Creel escapes his captors at the same base to obtain the Obelisk but is beaten to it by Hartley. She inadvertently touches the object in the chaos of the heist and becomes infected by the Obelisk’s power. The moment is tense and fraught as Hartley realizes that she will die before they reach a hospital, but is unable to release the Obelisk. In a desperate bid to save herself Hartley orders Hunter to amputate her arm. As the S.H.I.E.L.D. team appear on the point of success Creel makes his next play as he fuses with the road flipping the escape car with Agent Hartley, Hunter and Idaho (Wilmer Calderon) inside killing both Hartley and Idaho. Creel retrieves the Obelisk fusing with its power. This sequence of events is excellent; the change of Creel’s arm and back to tarmac is a superb action scene that raises the bar for future action sequences in the series. It also raises the question of whether Agent Hartley and Idaho are in fact dead or will they survive? 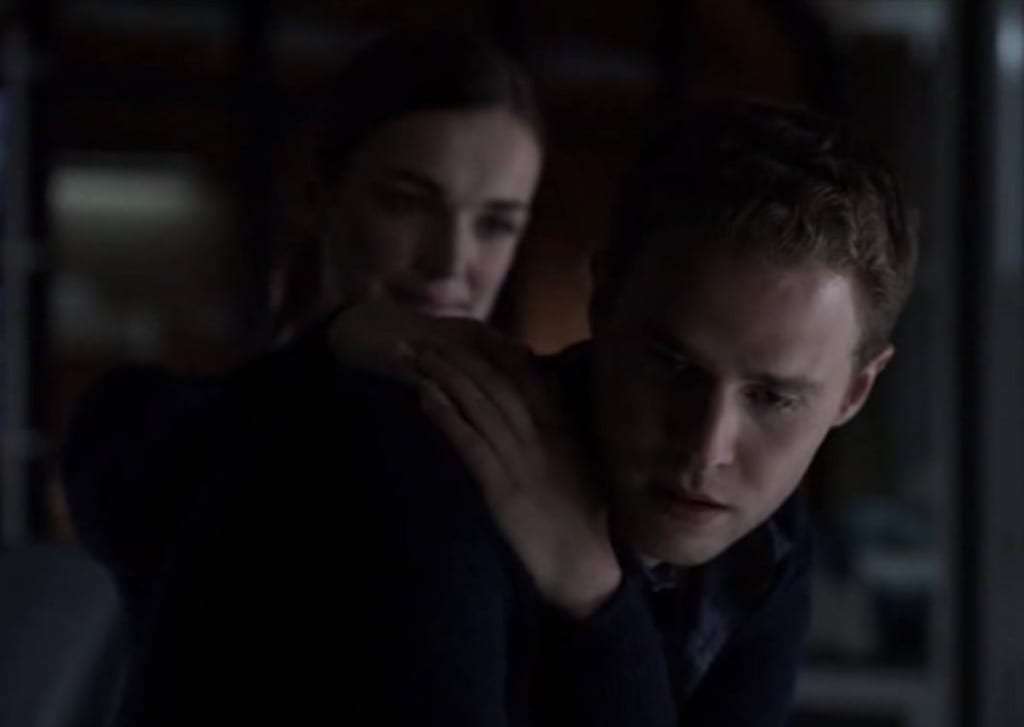 This episode also has its share of significant emotional story-arcs, particularly between Simmons (Elizabeth Henstridge) and Fitz (Iain De Caestecker). Fitz’s injuries and trauma, caused by Ward, has impacted and limited his technical ability and application as he no longer has full control over his memory and speech. The knowledge that Coulson and Simmons are supporting him in his recovery is cruelly taken from us as we discover that Coulson no longer believes in Fitz’s ability; and most poignantly that Simmons’ presence is merely Fitz’s hallucination as unable to cope seeing her friends deteriorating condition she has left S.H.I.E.L.D.! The final scene carries with it an emotional punch that really hits hard for fans of Fitz and Simmons and speaks volumes about the quality of writing and acting on display. It also raises the intriguing puzzle as to where Simmons has gone. The other emotional payoff between Skye and Hydra double-agent Ward (Brett Dalton) relishes in its tense atmosphere that nails the betrayal felt by Skye personally and professionally by the end of the last season but also heightens Ward’s tragedy and romantic obsession that he feels towards Skye to almost creepy levels. Whether Ward’s story ultimately becomes one of redemption will be one of the key character plots to watch out for this season. 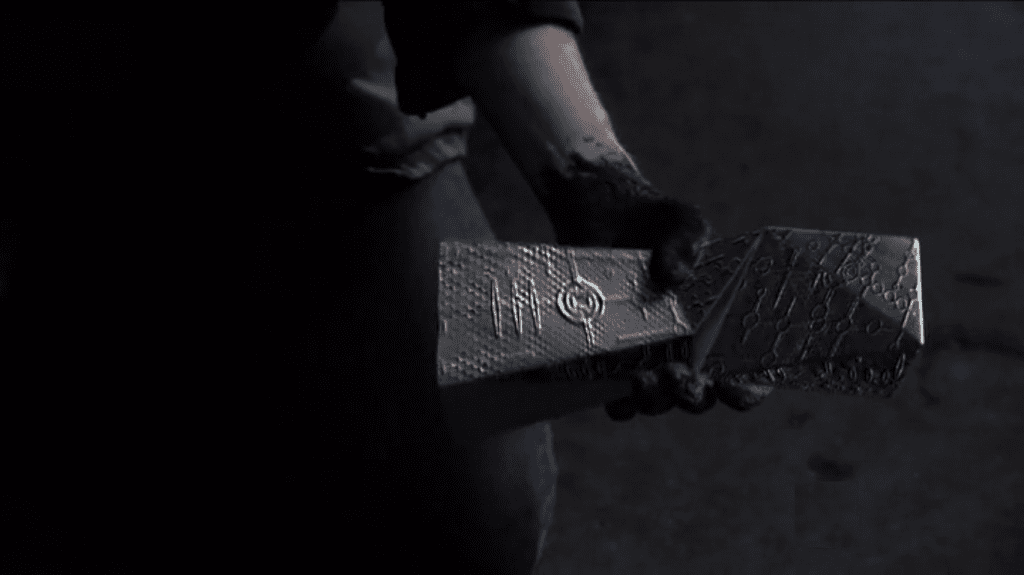 As an opener to the second season of Marvel’s Agents of S.H.I.E.L.D. this is a first rate episode and a great beginning. Even the title itself, “Shadows”, evokes themes and character developments that play out throughout this episode, from the re-emergence of Hydra agents from the shadows to Fitz and Ward who are broken and shadows of their former selves. Again the continuity of the existing cast, particularly the emotional interplay between Iain De Caestecker and Elizabeth Henstridge, and the ways in which the new cast members are introduced, such as Lucy Lawless and Reed Diamond, is great. I loved the Easter egg references back to the SSR and the 0-8-4 designation and of course to have Agent Carter and the Howling Commandos make a dramatic appearance in the opening scenes of the series was brilliant and keeps the Marvel universe’s connections very much alive. Whilst Clark Gregg didn’t feature throughout the episode as much as I thought he would, he nonetheless personified the tonal change of the show brought about by S.H.I.E.L.D. being on the back foot, chased by enemies and the burden of his new responsibilities as Director Coulson. The episode also throws up the whole issue of alien technology and influences among the members of the group, especially for Skye and Coulson. Overall, Shadows, has much to grapple with as the events of last season influence this episode significantly and new story elements and characters are introduced; but it is done really well by all involved and they bring a lively, fast-paced and brooding opener to Agent’s of S.H.I.E.L.D. season two.