The second largest comic convention in the USA, New York Comic Con 2014 (NYCC), is just around the corner and the excitement of fans has started to build for this event held in The Javits Centre in Hell’s Kitchen from 9th to 12th October 2014. In many respects NYCC has been the Ying to San Diego’s Yang as it has retained its focus on comics and the comic industry even as the TV and film elements have become an increasing part of the NYCC schedule. The last few years has seen NYCC getting bigger and more popular and this year is no exception as the NYCC four-day tickets sold out in forty minutes.

As TheEffect.Net prepares itself for New York and NYCC 2014 we are getting excited at the huge line up of panels and events all related to comics, animation, film and TV; we of course will bring you as much of the news and stories as we can from NYCC 2014 next week, along with our friends over GothamTVPodcast for all things Gotham and Batman related. For all the latest from NYCC 2014 watch this space and follow us via Facebook and Twitter. 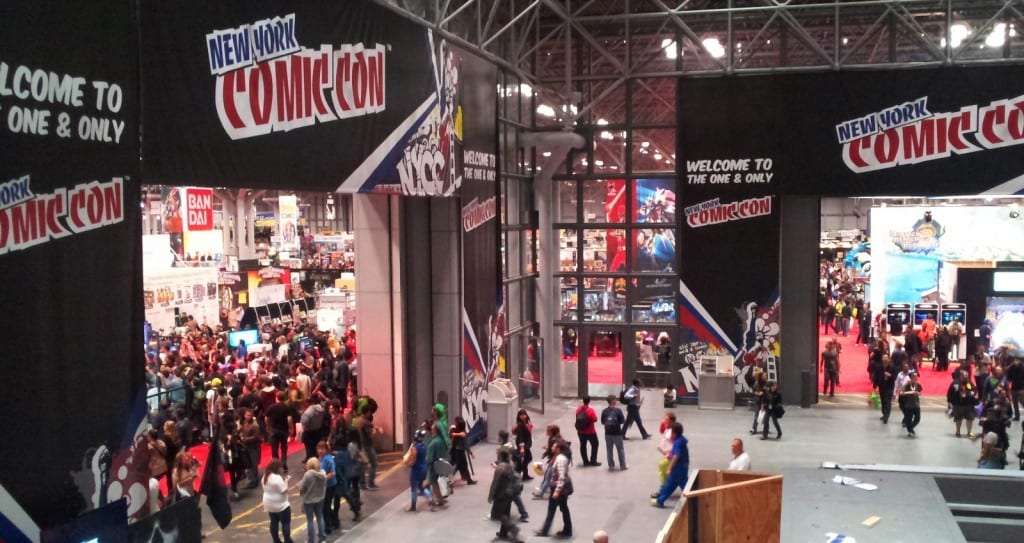 The schedule for NYCC 2014 is packed with panels, talks, guests, competitions and screenings and of course the big lead up to the event with NYCC Super Week. Amongst the schedule taking place over the four days there will be a great panel headed by Captain Kirk (William Shatner) as he questions of the Next Generation as the cast reunite in the Super Week build up to NYCC. There are also many notable DC Comics events and guests over the four day event. The many Batman related comic events range from current Batman dynamic duo, writer Scott Snyder and artist Greg Capullo to the artist of the upcoming Gotham by Midnight comic series, Ben Templesmith. There will as always be some great cosplay on show from fans of comics, TV, films and gaming. With these exciting events in mind we thought we would share some of the things we’re looking forward to at NYCC 2014.

Described as “the Con that Walking Dead built” due to the recurring appearance of the TV show’s cast and crew NYCC has had a huge boost from this hugely successful series each year since it launched. This year is no exception with the Walking Dead once again taking the prime 6pm spot on Saturday 11th October. Most of the major cast including Andrew Lincoln, Danai Gurira, Melissa McBride, Steven Yeun and Norman Reedus are all set to appear for a look at The Walking Dead Season 5 that will premiere in the US on Sunday 12th October and in Ireland and the UK on Fox on Monday 13th October. Additionally, the Eisner Award-winning creator of The Walking Dead Robert Kirkman will be a Guest of Honour and will have a prominent role at this year’s NYCC. Not only will he attend the Walking Dead TV panel along with other comic related panels, but he will also appear at the Image Comics booth. 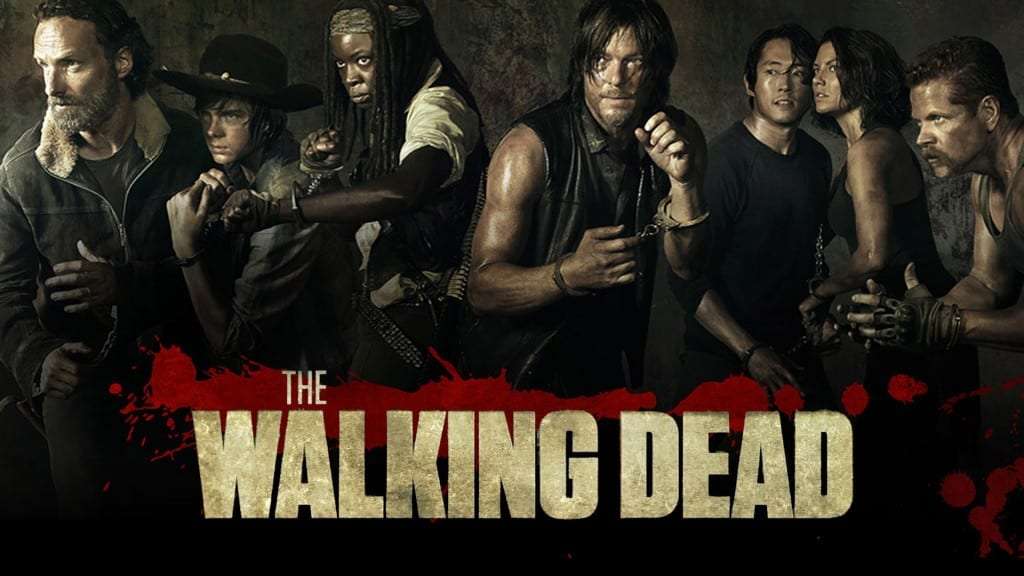 Where best for Marvel and Netflix to show off the upcoming TV show Daredevil, starring Charlie Cox, than in his hometown of Hell’s Kitchen New York at NYCC in the 5.15pm evening slot on Saturday 11th October. Marvel took back the rights for Daredevil last year and has since wasted no time in developing and incorporating Daredevil as part of Netflix’s four shows that they are working on together along with other titles that include Luke Cage, Jessica Jones and Iron First. The four more grounded Marvel properties are due to lead into one combined mini-series called Marvel’s The Defenders. We’re very excited to see the first of these four shows, exclusive to Netflix, come to NYCC and see the cast on stage together for the first time. Given that the show has been filming in New York for the last few months there might even be some preview footage of the anticipated series. Daredevil is set to premiere on Netflix in June 2015.

Another huge event and homecoming for New York is of course the TV panel at 1.15pm on Sunday 12th October for Gotham, starring Ben McKenzie, Sean Pertwee and Jada Pinkett Smith. Gotham is New York and New York is of course Gotham as much of the series has been filmed in New York; and indeed a lot of inspiration for the show and its look by series creator Bruno Heller has come from the City of New York. Currently scheduled as a Special Video Presentation and Q&A we’re hopeful that we’ll see many of the cast attending this home town event in the main hall. As Gotham has already completed filming the first half of Season one, we’re hopeful that there will be lots of exclusive footage and a good turnout from the cast in anticipation for its release on Channel 5 on Monday 13th October. You never know, we might even get to meet a few special guests while we’re there. Gotham debuted in the US to great ratings on the 22nd September and has its UK TV premiere on Channel 5. 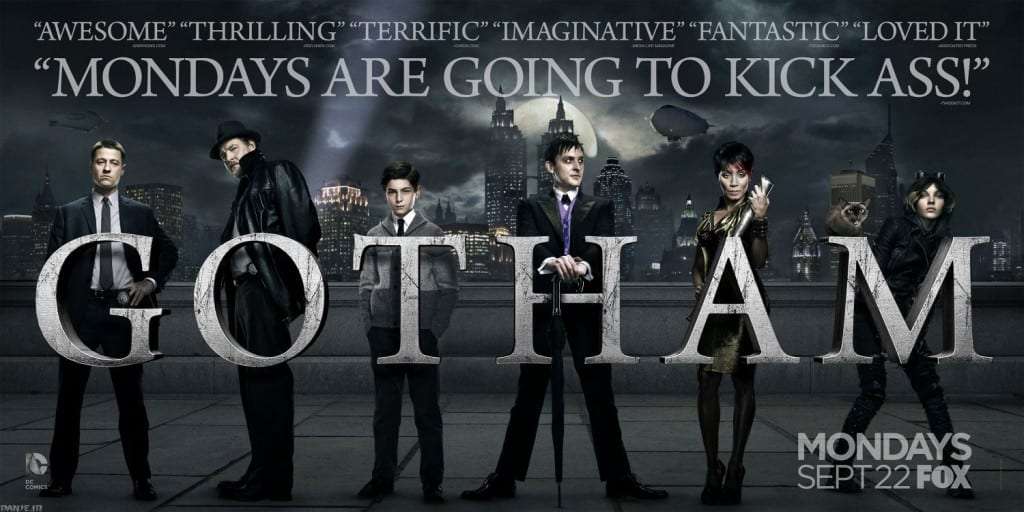 Marvel TV is well represented at the event with a panel for Agents of S.H.I.E.L.D. also taking place at 5.45 pm in the main hall on Friday 10th October. With the show airing on 23rd September in the USA and in Ireland on Sunday the 5th October on RTÉ2 the panel should delve further in to what we can expect to see in season two and how the show will likely tie in with Marvel’s eight episode mid-season series Agent Carter. Hopefully there will also be some exclusive footage from episodes later in season two and build on the cast attendance from last year when the smaller panel included Ian DeCastacker (Fitz), Elizabeth Henstridge (Simmons) and Jeph Loeb (executive producer). With the tie-in to the Marvel Cinematic Universe we are very excited to see what plays out in this Agents of SHIELD panel.

DC and Warner Brothers are also well represented at the event with Stephen Amell (Oliver Queen on Arrow) appearing at the event for all four days. While no Arrow or Flash panel has been announced at this stage, there will be a panel for another DC property with a special screening of the pilot episode and Q&A session for the dark new DC show Constantine with members of the cast and creators. Arrow season three will return to Sky One in October with The Flash also premiering on Sky One in the same month. A UK broadcaster for the hotly anticipated Constantine has yet to be announced. The show premieres in the US on October 24th. 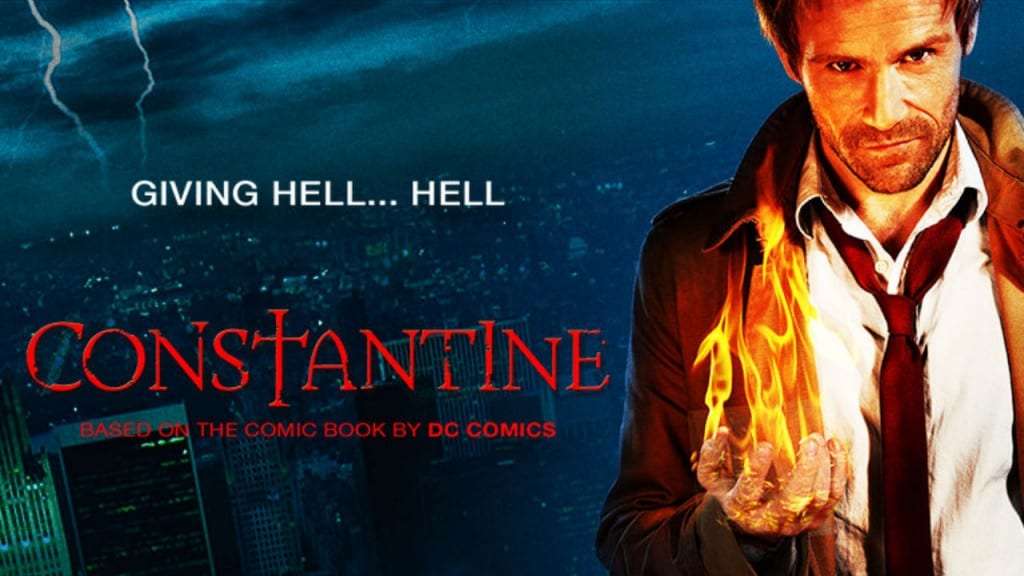 6. Birdman or (The Unexpected Virtue of Ignorance) movie

The upcoming movie Birdman directed by Alejandro González Iñárritu (Babel, 21 Grams) and featuring former superhero icons Michael Keaton (Batman, Batman Returns) and Edward Norton (Hulk) will be an intriguing aspect to this year’s NYCC. Shown at this year’s Venice Film Festival it received good reviews and a nomination for its director; the movie is about a former superhero movie actor who has fallen on hard times and must overcome his ego and family trouble as he mounts a Broadway play in a bid to reclaim his past glory. This should be an interesting little film and hopefully a mini-highlight of the four days at NYCC. 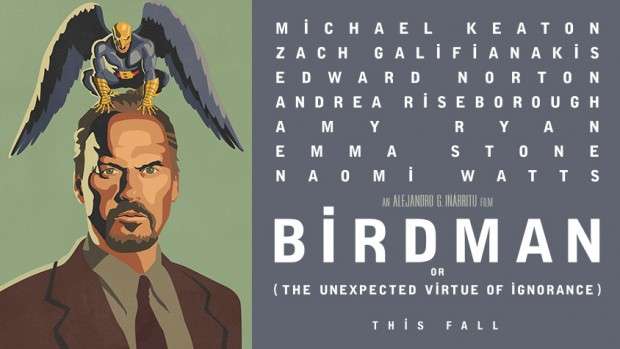 There will be loads of other exciting stuff at the show that we can’t wait to bring to you over the four days of NYCC 2014.