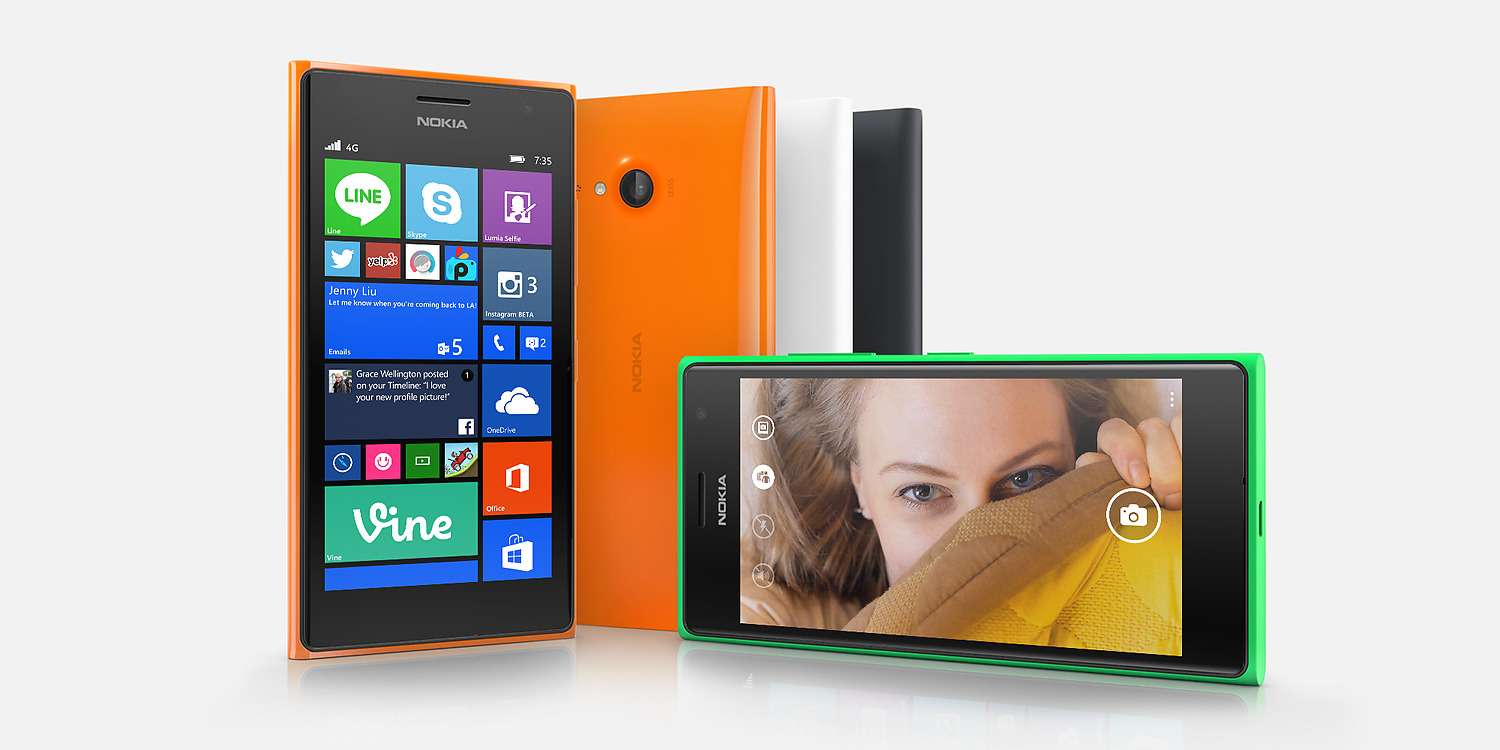 You’d be forgiven for thinking that there’s a new Nokia Lumia device every other week, sometimes it feels that way. But when compared to the seemingly endless variants of phones which Samsung releases, it’s actually not too many.

The Lumia 735 is the successor to the Lumia 720 which launched last year, but never actually arrived here in Ireland. It’s aimed at those who want a bit more oomph than the Lumia 530 and 630 but don’t want to spend a bomb.

Inside the Lumia 735 you’ll find 8GB of internal storage with MicroSD card support for up to 128GB, 1GB RAM, a quad-core processor and support for wireless charging. 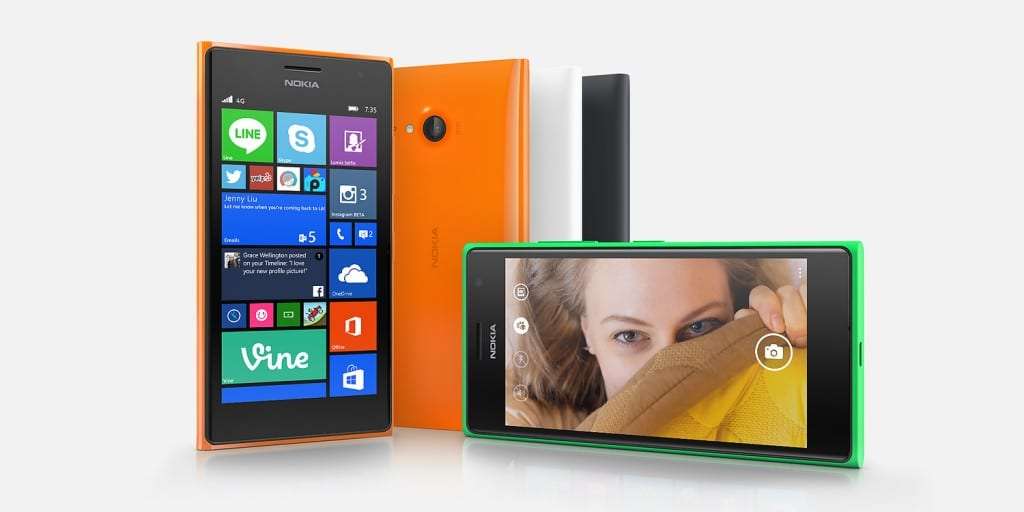 Hardware-wise the plastic 735 is gorgeous, it’s great to see Nokia deciding to steer away from the recent plastic and steel design of the 830 and 930 and instead taking design cues from the Lumia 800, the first Lumia device.

At 134g and 8.9mm thin, it’s remarkably light and easy on the pocket, which is a nice change at a time when most phones are getting bigger and heavier. For comparison, the iPhone 6 is 129g and 6.9mm thin, but that’s with a smaller battery and no wireless charging pad inside.

The display is a 4.7 inch 720p HD AMOLED screen with Nokia’s ClearBlack tech, meaning that the blacks are extremely dark while the AMOLED screen helps make colours pop. Although it isn’t 1080p HD, for a screen this size 720p is perfect and text and the Live Tiles jump off of the screen.

The left side of the 735 is bare, the bottom has a USB port, the top a 3.5mm headphone jack and the right side has the power/lock button and volume rocker…all standard to Lumia devices – except for the lack of a dedicated camera shutter button. 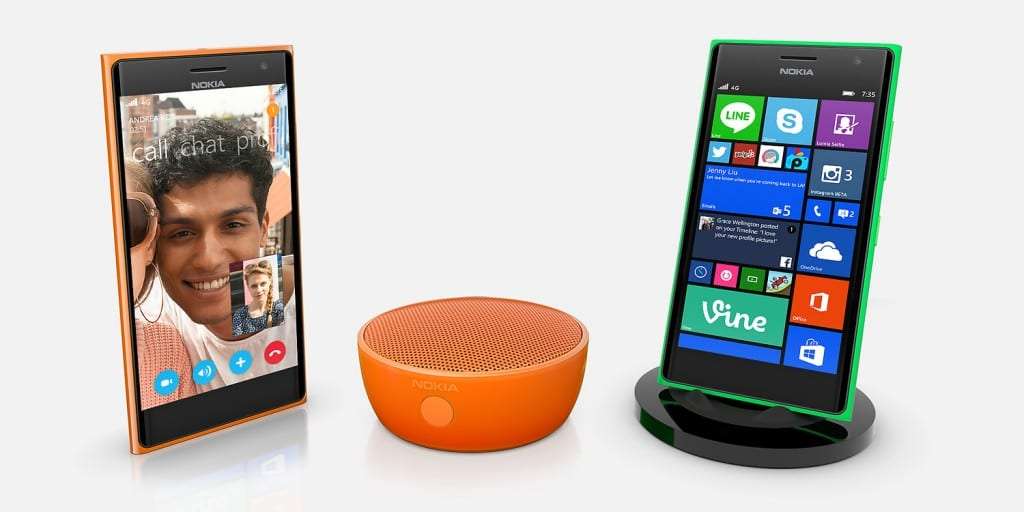 The Nokia Lumia 735 with wireless speaker.

This might not seem like a big deal to most, but once you’ve gotten used to using your phones camera just like a real camera and realise how easy it is, you’ll never want to go back. The omission here makes sense in order to keep costs down, but the camera button is still sorely missed.

Another way Nokia have decided to keep costs down is by not including capacitive touch buttons which are on most Lumia devices. This is fine and doesn’t make much of a difference, in fact it can actually work in your favour as the Nav Bar moves down out of the way when you’re reading or looking at images.

The main star of the show with the 735 however is undeniably its front facing camera, which Nokia hope attract those of us who love a good selfie (who doesn’t?!).

The front facing camera is a 5MP shooter with a wide-angle lens which can shoot 1080p video, more than HD enough for Skype. It’s a solid camera and works exactly as intended, providing good quality images and the wide-angled lens helps get more people into your selfies, without having to squash together. 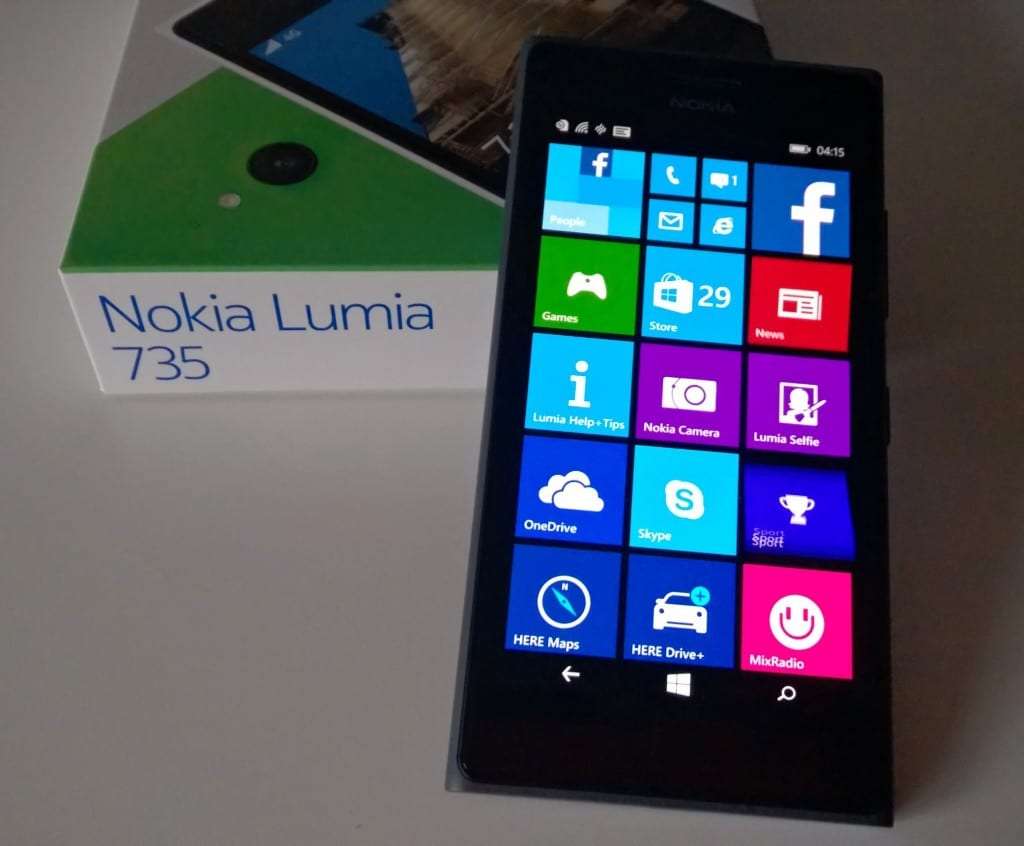 The rear camera isn’t too shabby either, turn the 735 around and you’ll find a 6.7 MP camera with the infamous Carl Zeiss optics and a single LED flash. The rear camera won’t produce any shots on par with the Lumia 930 or 1020 but for general Facebook/Instagram photos it’s perfectly doable.

Pre-Installed on the phone is a new app called Lumia Selfie, which allows you to edit your selfies by whitening your teeth, applying filters and other vain but interesting changes.

Overall the Lumia 735 is an absolutely gorgeous and well-designed phone with a solid main camera and a front facing camera that was actually more useful than originally thought.

The lack of dedicated camera button and overly large bottom bezel are fairly annoying, the latter of which is exceptionally strange considering that the Nav buttons are now on screen. The lack of camera button is ironic as using the on screen camera button for a selfie is more awkward, making the idea of the selfie phone a bit contradictory. 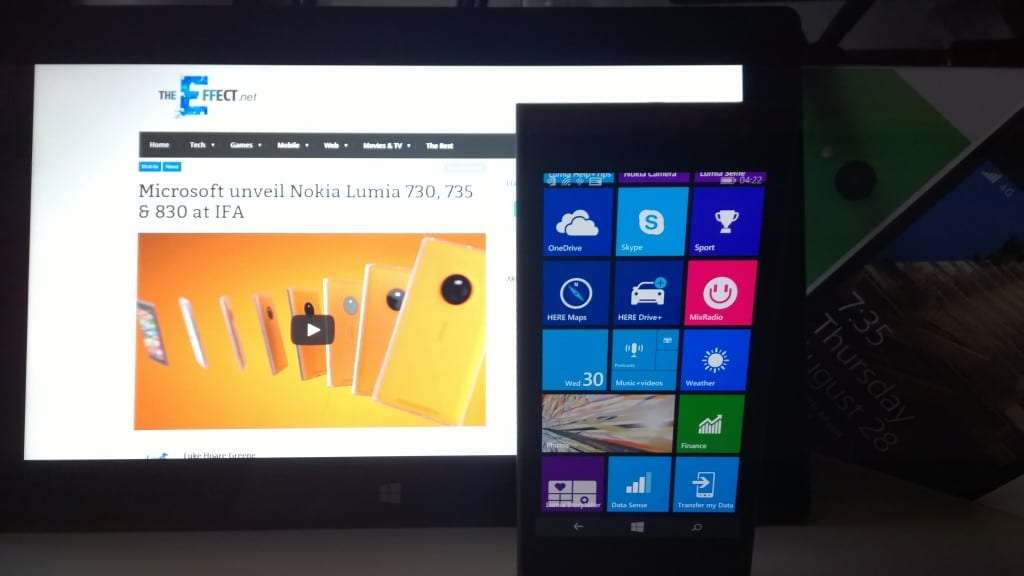