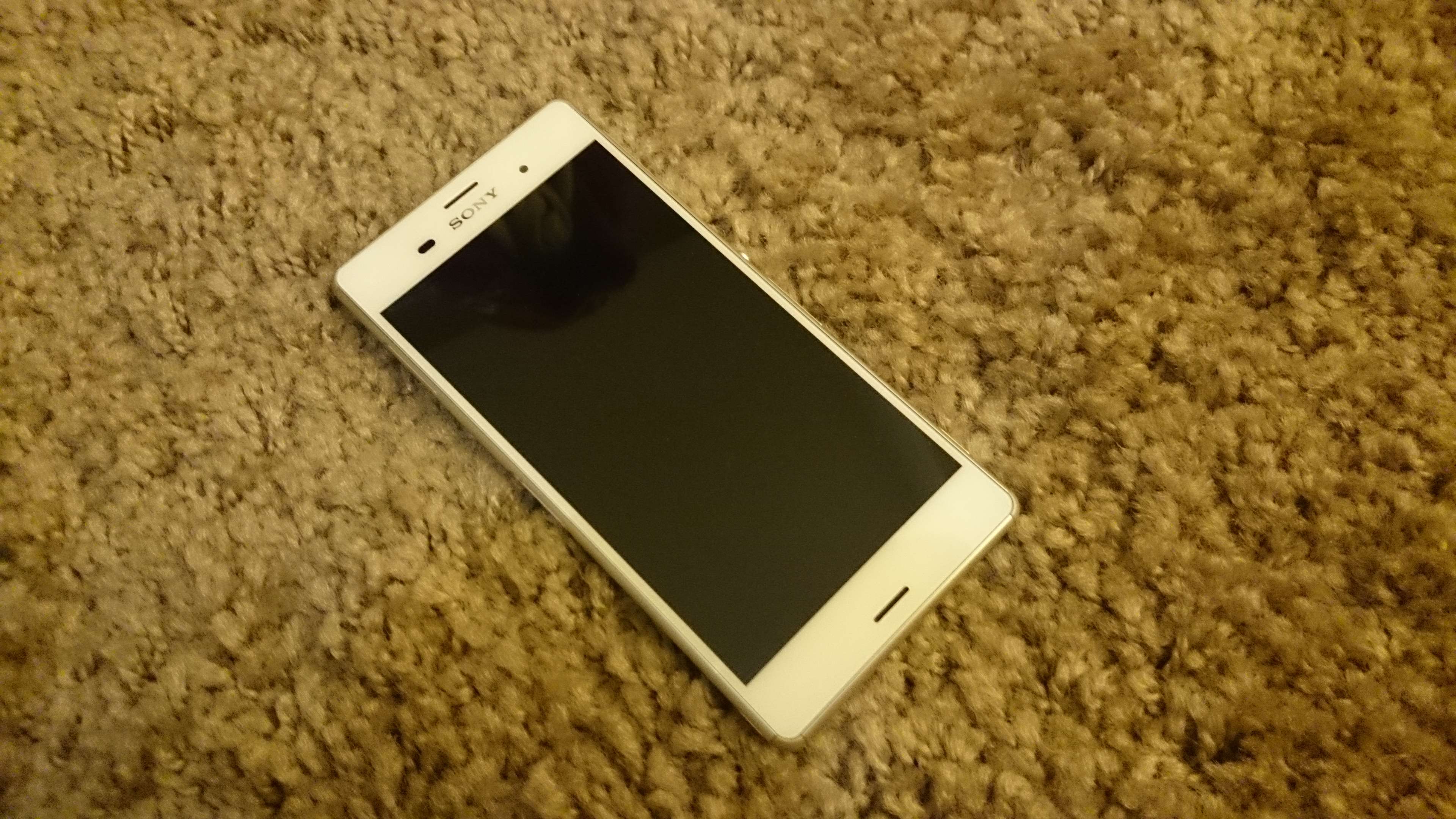 Sony have recently launched the Xperia Z3, the follow up to the flagship launched earlier this year, the Z2. The Xperia Z3 is an incremental update to the Z2 but still a worthy one.

First off, Up front you have a 5.2inch Sony Triluminos display at 1080p with Live Colour LED. While the same size and resolution as the Z2, it’s very much improved. There are far better viewing angles and the colour reproduction is much much better.

Flanking the screen we have updated stereo speakers. I have to say they are pretty decent for the slimness of the phone and a bit louder that those on the Z2. The HTC One (M8) has it beat when it comes to depth of sound, but to me, they are on par when it comes to clarity and volume. 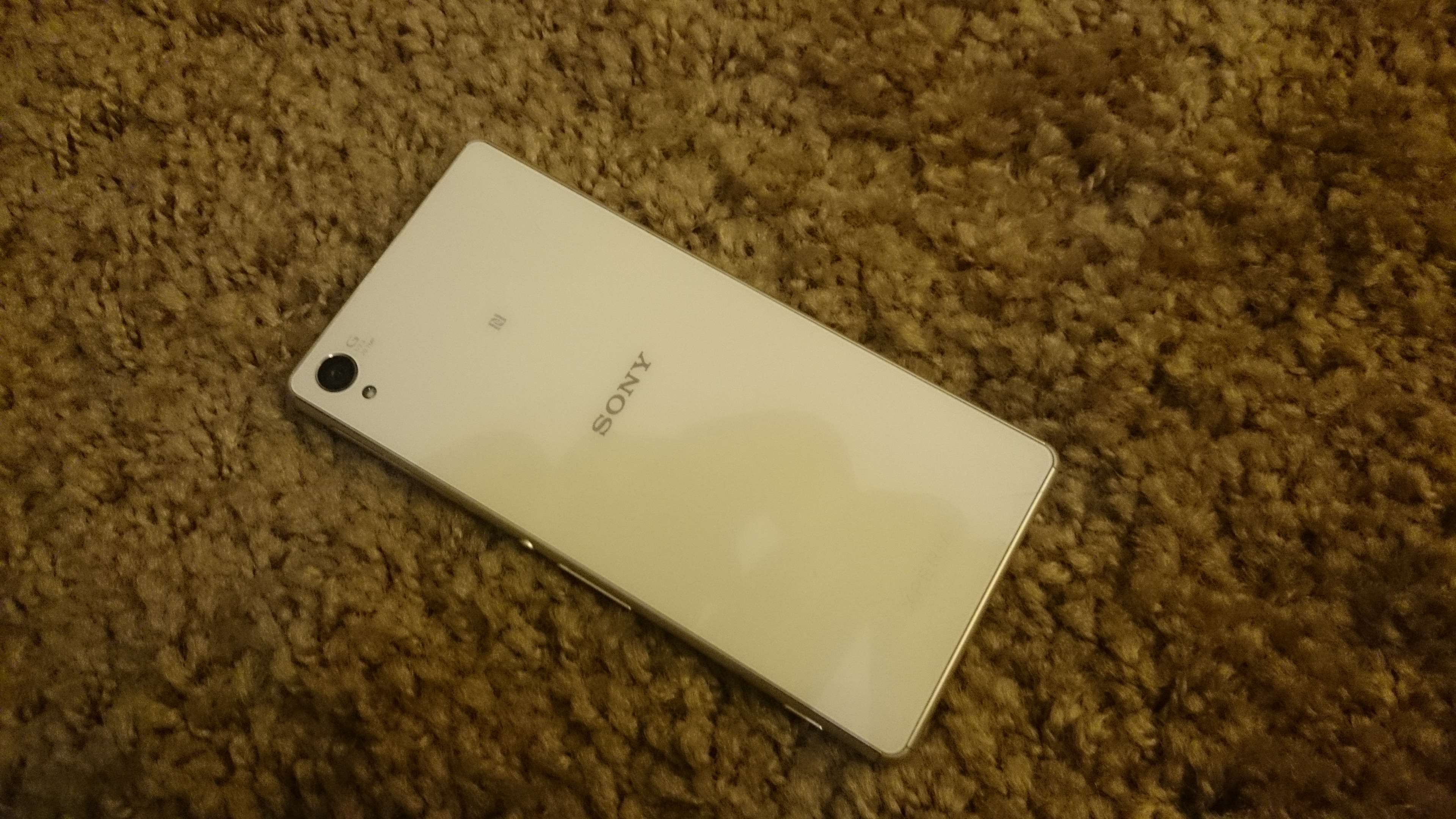 The back of the Xperia Z3 is Sony’s formidable 20.7mp camera. This year Sony have updated the camera with some pretty awesome features. There’s a larger camera sensor that means more light can be captured. On top of this the Xperia Z3 has the highest ISO of any camera phone on the market going all the way to 12800. That means some pretty amazing low light photos. And yes, while there might be noise, personally, I’d prefer a noisy photo over no photo! Finally there’s a new 25mm wide angle lens so you’ll get more into those new low light shots!

The camera also does 4K video recording for those of you out there with UHD TV’s or 4K monitors (or even the recently announced 5K iMac!). Sony is also well known for it’s camera apps. There’s a few more to be found this year… Face In allows you to use both the front and back cameras when taking a photo so you can take a selfie of how you feel taking that awesome photo of the duck! AR fun lets you scribble and draw on top of what you see through the viewfinder. Capture photos and videos with AR animations, objects and messages. 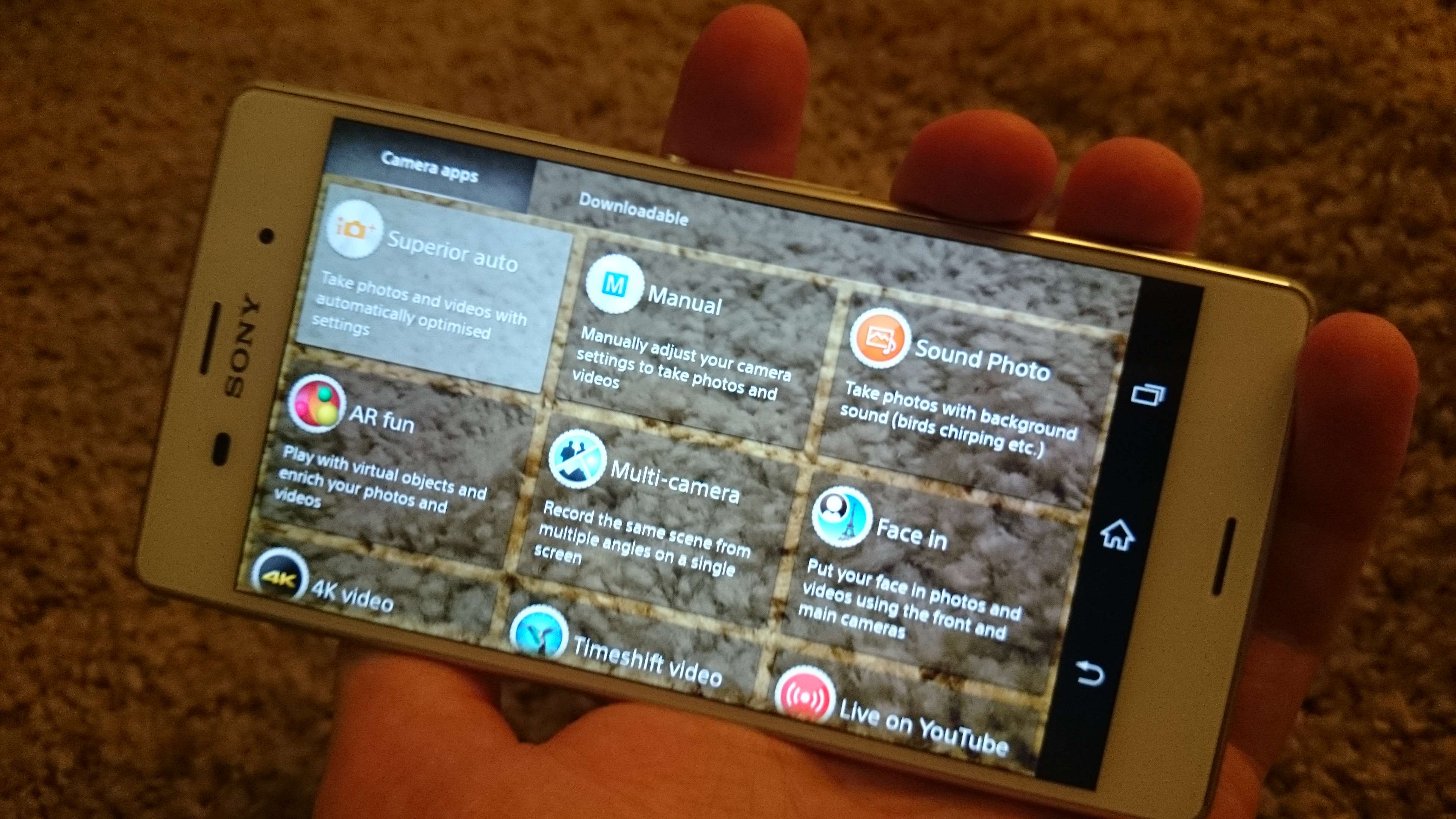 Moving round the phone, on the left side you will find the lanyard slot, the magnetic charging connection and the flap covering the micro USB connection. On the top there’s the noise cancelling mic and the 3.5mm headphone jack. The right side as the flap covering the Micro SD Card (up to 128gb) and Nano Sim card tray (YES, Nano sim, so remember that when upgrading from the Micro Sim!). You’ll also find the ubiquitous Sony power button, a volume rocker and a dedicated camera button. 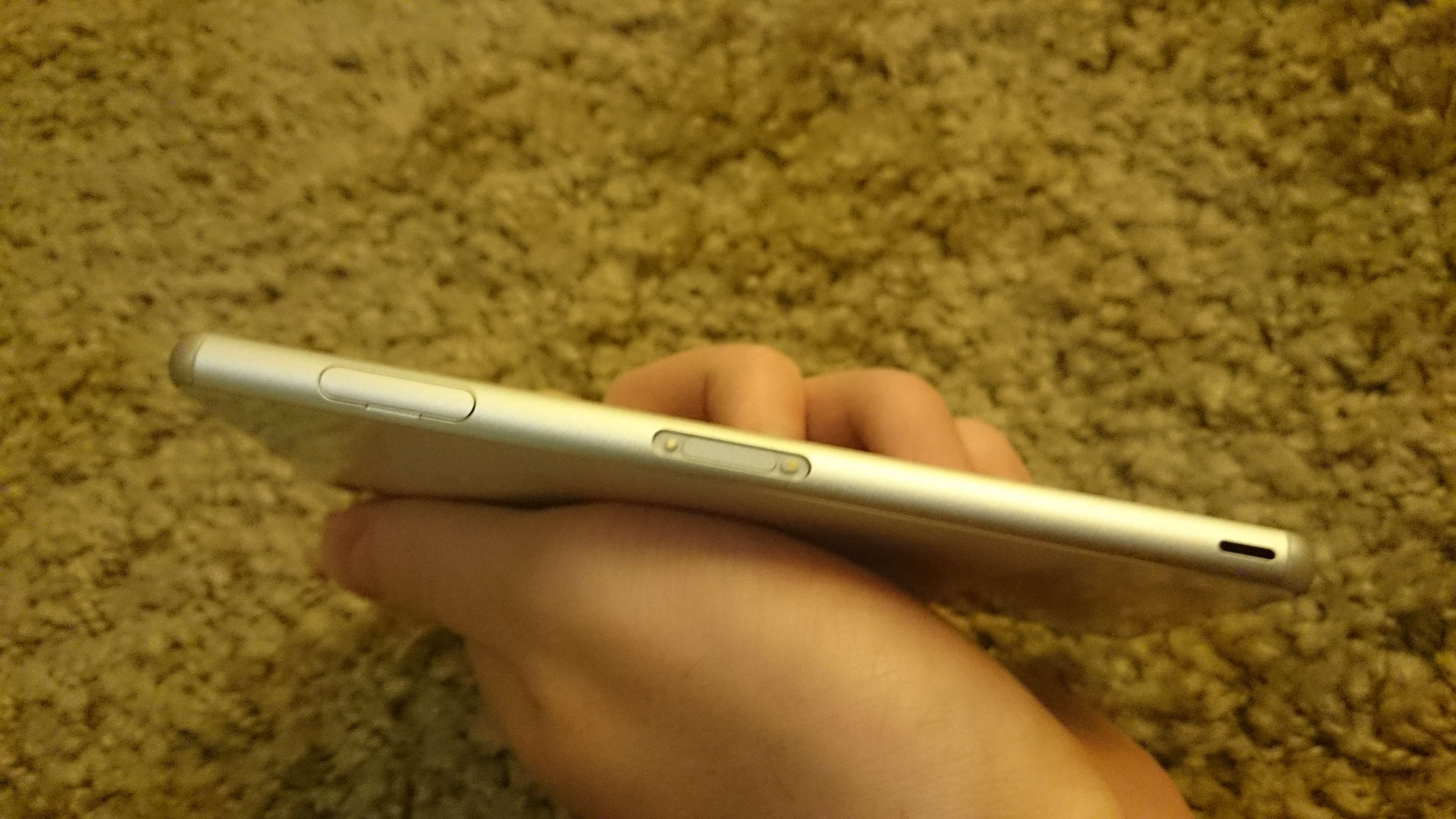 All the edges are brushed aluminum except for the corners which are made of a hard plastic to further protect against any possible drops the Xperia Z3 might take.

Sony has also upped the ante when it comes to waterproofing with the Z3 now having a rating of IP65/IP68. Provided that all ports and covers are firmly closed, the phone is dust tight and protected against low-pressure jets of water from all practicable directions in compliance with IP65; and/or can be kept under 1.5 m of fresh water for up to 30 minutes in compliance with IP68.

Internally, the Z3 is powered by a Snapdragon 801 clocked at 2.5ghz and supported by 3GB of RAM, so there will be zero issues running anything you can throw at it. It’s also got a formidable battery with 3100mAh capacity and that in conjunction with the Sony software you will be looking at easily getting a day with heavy usage and 2 days with mixed usage. 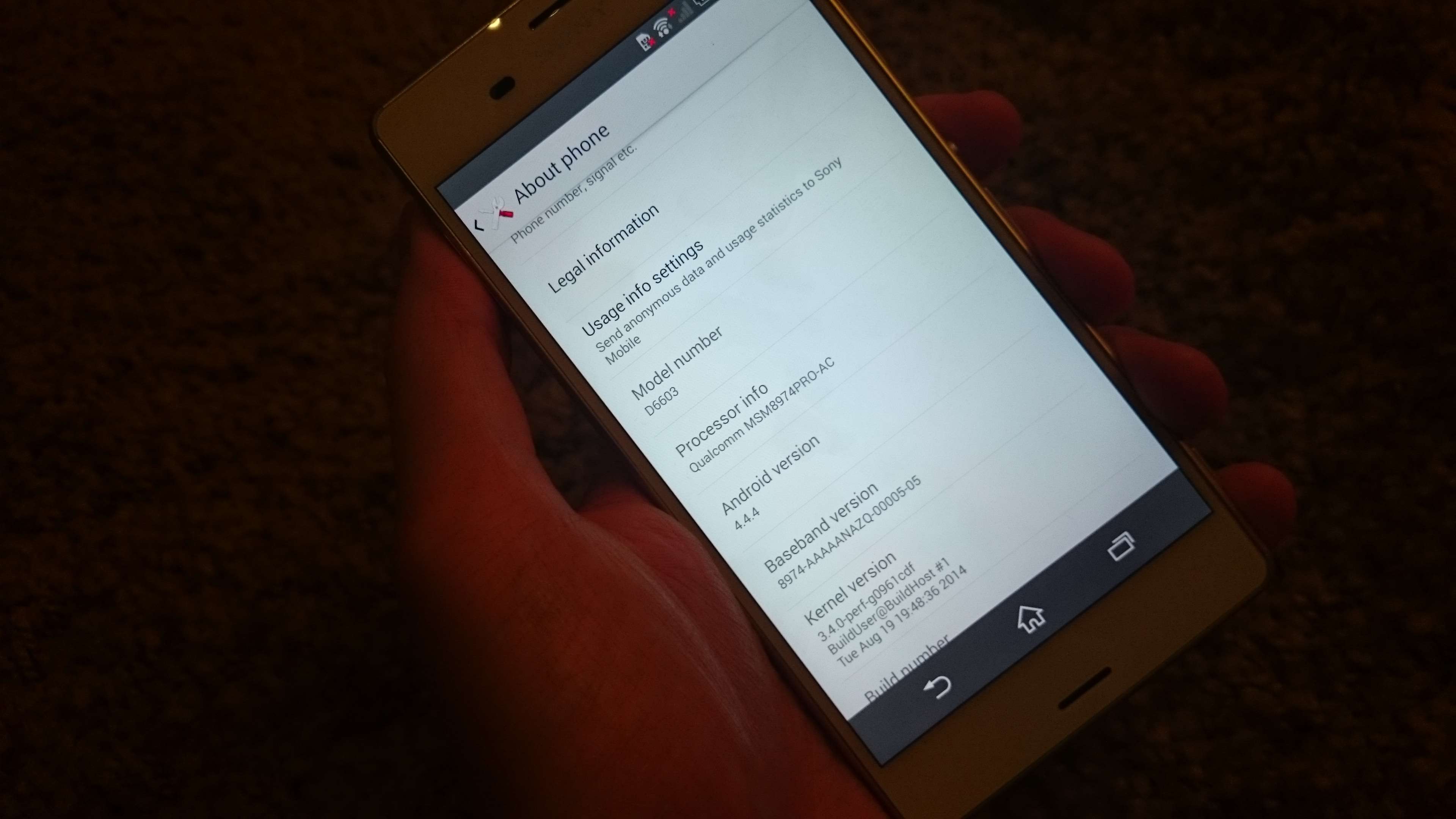 In terms of software, the Xperia Z3 runs the latest version of Android 4.4.4 (and has been promised by Sony to get first dibs on Android 5.0 Lollypop, which is nice!). There’s no real change here from previous Sony implementations of Android save for a few usability tweaks, like for example, you can swipe left / right on the notification shade to access with quick settings). You can now also record a video of your screen (as well as taking a screenshot). 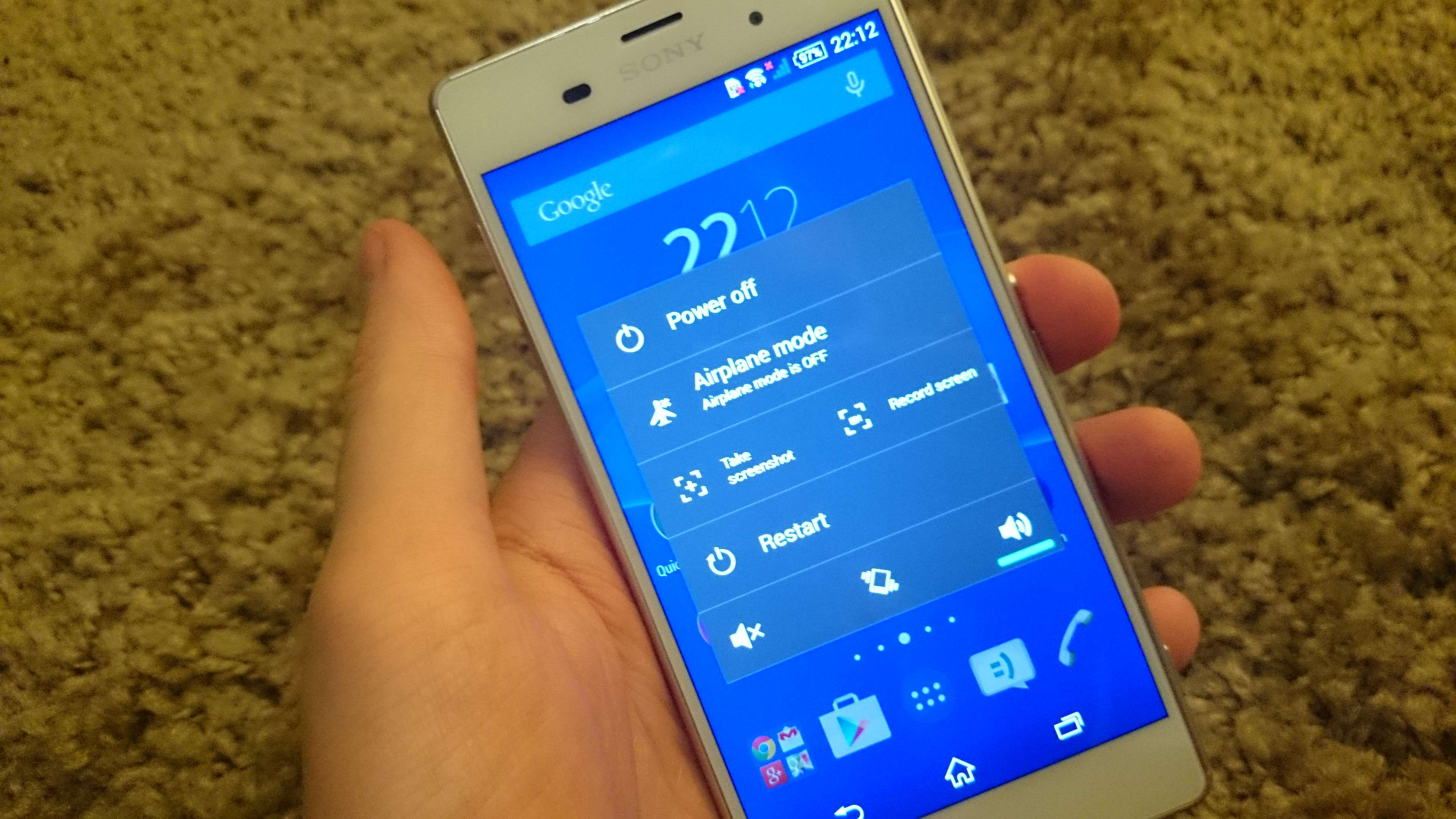 Personally I’m a big fan of Sony’s Android Skin. It’s not to heavy and pretty close to the stock Google (in my opinion). The one feature I’m (and all of use here at TheEffect.net are super excited about) is the PS4 remote play (where you can mount your phone on your Dual Shock 4 controller and use the phone as a second screen, like you can with the PS Vita). Unfortunately, until the PS4 get a software update, we were unable to test this feature, but I’ll update the review once we’ve had a chance to test this. 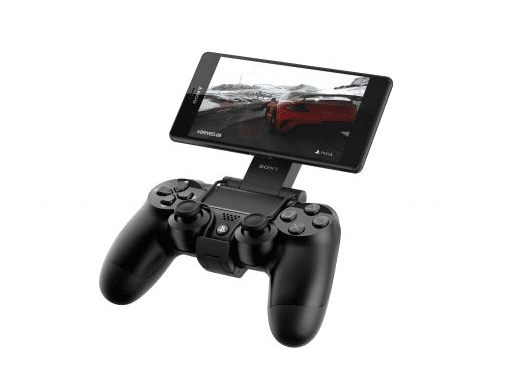 The Sony Xperia Z3 is available now on all Irish mobile operators.