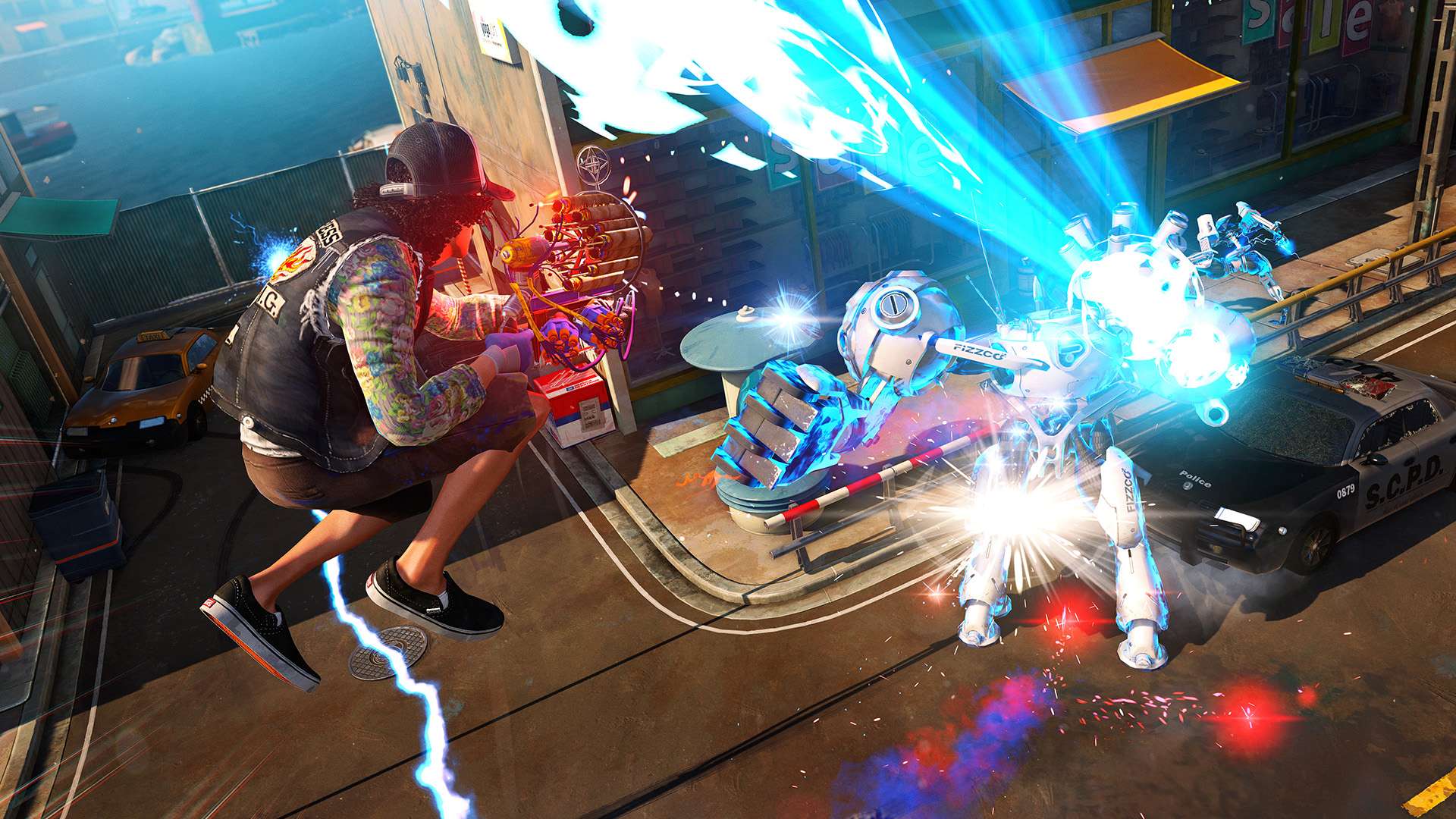 Sunset Overdrive has been one of the most anticipated games of the year for Xbox One owners. The game was one of the first to be announced for the console and is the first console exclusive title, Insomniac Games, has produced for any of Microsoft’s consoles. Most of you probably know Insomniac Games from their Ratchet & Clank platform games, where a well-armed cat and witty robot sidekick gallivant around the universe.

However, before you dismiss Sunset Overdrive as a kids game or an adult version of Ratchet & Clank, I’m here to you assure it’s not. It is so much more. 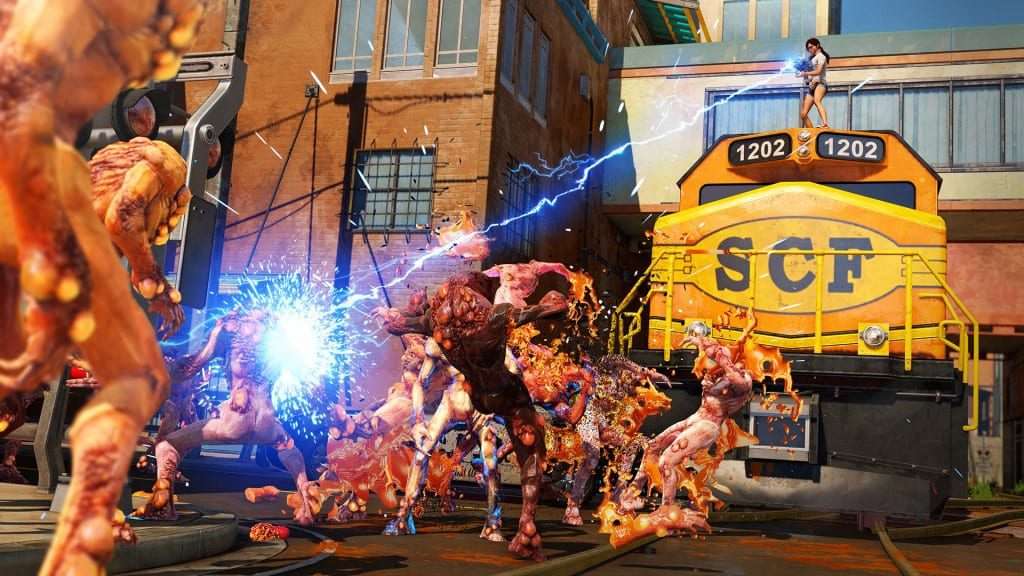 The game takes place in 2027 and Fizzco, a Google sized energy drink company, hosts a massive release party for its hot new energy drink: Overcharge Delirium XT in its hometown of Sunset City.

The downside is that the drink was rushed to market and everyone who drinks it almost immediately turns into a mutant creature, also called the “OD’d (Overcharge Drinker). So your idyllic city is turned into your own personal chaotic, mutant-infested “Awesomepocalypse”.

After the launch party, the game picks up with you trying to escape the city, and with the help of a few quirky friends, try to get the truth behind the drink and why it causes people to turn into mutants. 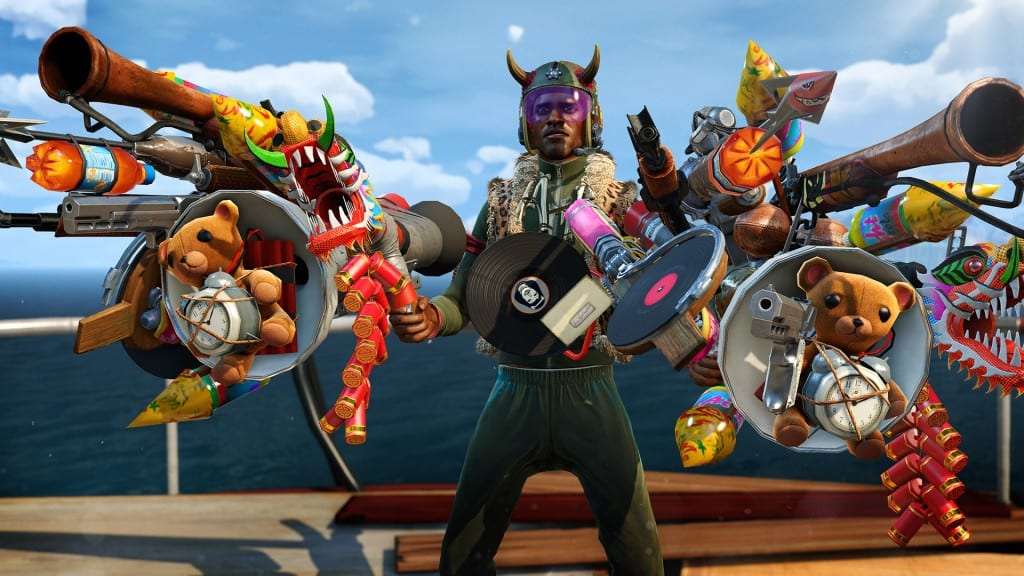 Who “you” are, with regards to the appearance of your player character, is up to you. Sunset Overdrive features an extensive character customization system that lets creativity run wild. You can be male or female. Buff or skinny. You can dress up however, you like; silly, straight edge, almost naked or fully decked in protective gear. You can even copy me and be a fully tattooed punk in boxers running around with an oversized panda head on!

This leads me to the games humour. Sunset Overdrive is hysterical. It’s a mix of South Park and DeadPool, in that There are references to gaming forums and fourth-wall breaking jokes about cliché missions. When you collect health you’ll hear a SNES-inspired beep. My personal favourite moment, was right at the beginning, after the lead character delivers an inspirational speech about defeating the enemy, he/she ends with “and if not, at least we’ll see some new respawn animations.” 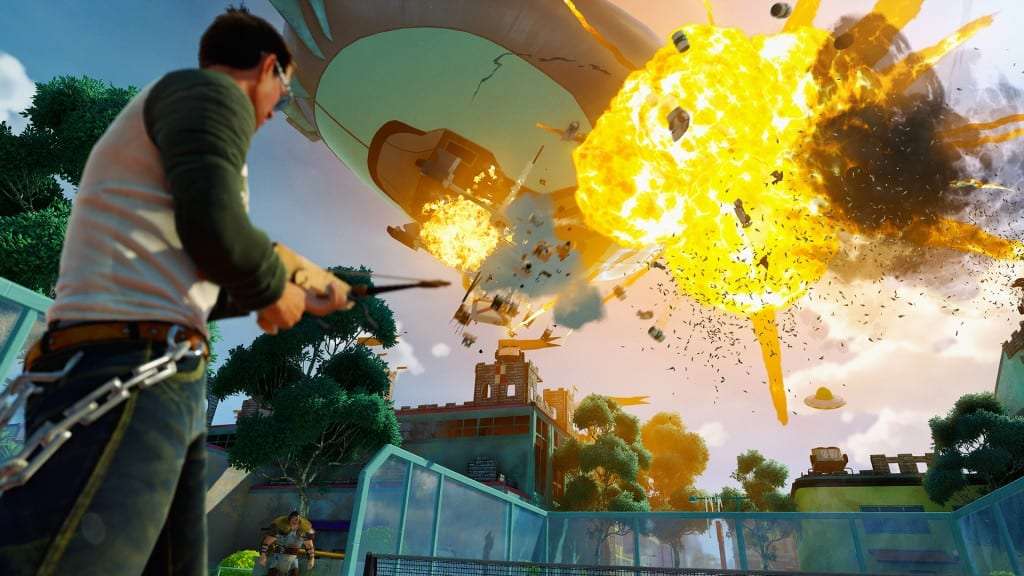 Sunset Overdrive’s most attractive quality is its fast, chaotic gameplay, which emphasizes movement. Traversing the city is the games strongest feature and it’s crazily fun, in part because it is a challenge. The mechanics are designed in a way that encourages constant movement, and Sunset City is constructed to allow total freedom. It is designed in such a way that you should be able to get anywhere without touching the ground. Sunset City has been dressed from head to toes in rails for grinding, bounce pads for launching into the air and onto rooftops, and plenty of other various opportunities for swinging, dashing, wall-running, and clearing ever-expanding gaps.

Sunset Overdrive’s gunplay relies heavily on movement. Enemies in Sunset City hit hard; you’re only defense is to make them miss by constantly being on the move. Grinding rails and bouncing on cars are a great for dodging enemy attacks. Although it can take a bit of getting used to, shooting while on the move will save your life. To help with accuracy, Sunset Overdrive does have an automatic enemy lock-on system. You can also slow down your grinding speed by pressing LT so that you can focus on shooting the OD. 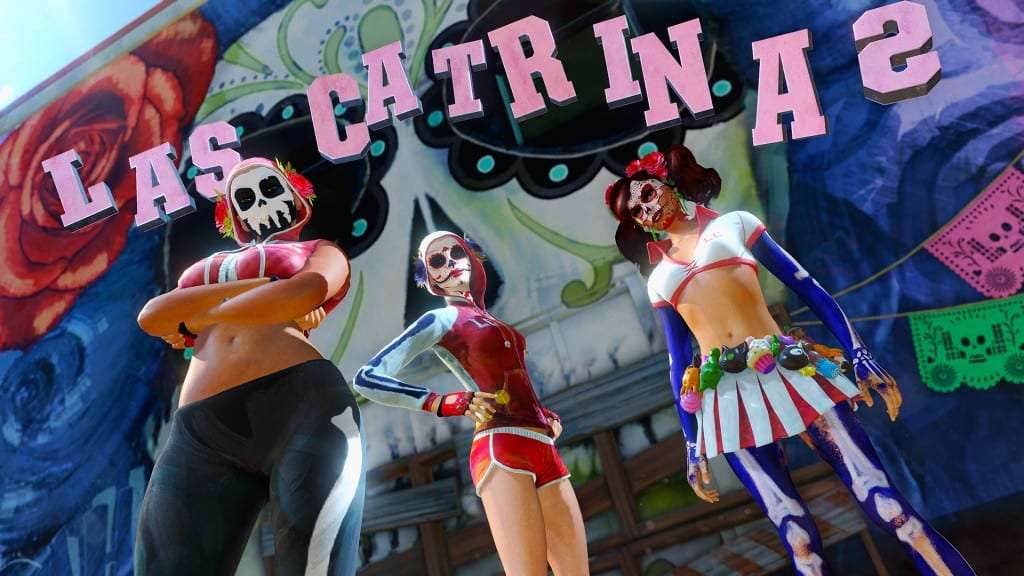 Sunset Overdrive rewards stylish play. Chaining together traversal moves while getting kills will help fill your Style Meter which, in turn, activates your Amps, special abilities that you can apply to your character and weapons (more on that in the next paragraph). To fill the Style Meter quicker, you’ll want to rack up your Combo score, which basically takes into account chained traversal moves (a bounce, onto a grind rail, then wall running, etc.) and getting kills. Amps are automatically activated at certain Style Meter levels. 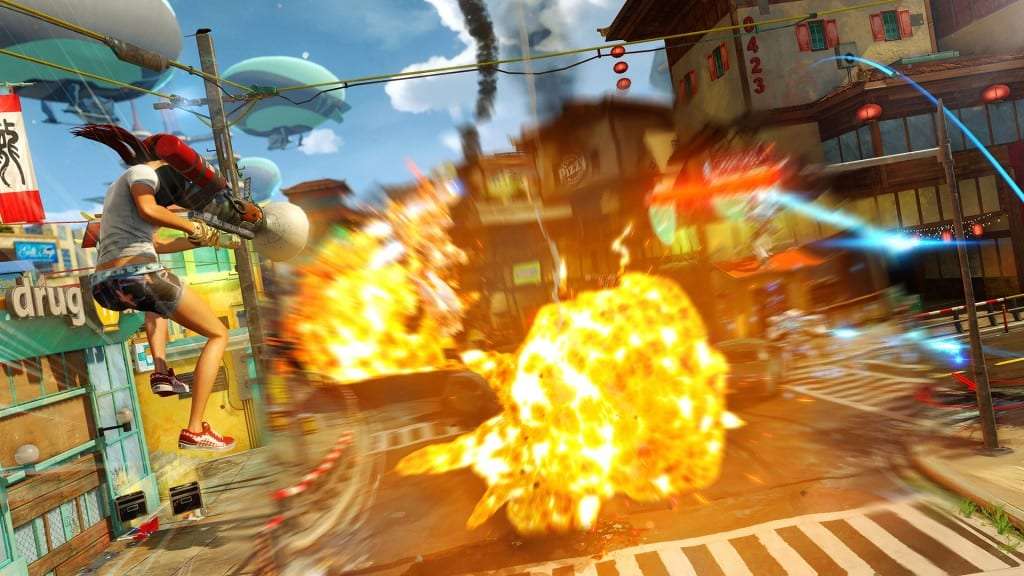 By the way, there’s a host of forthcoming extras to maintain interest, including Sunset TV, a weekly video viewed in-game used to broadcast news and issue new challenges and goals.

And sitting alongside the story is Chaos Squad, an eight-player co-op mode seamlessly accessible from phone booths around the map, that allows groups to indulge in a variety of siege-like face-offs with hordes of enemies. It’s a five-round mode that tasks participants with completing a series of simple objectives. Participants vote on the makeup of each of the first four rounds, deciding not just the objectives but also the benefits received – and enemy Chaos generated – in the final round. This concluding showdown amounts to a tower/wave defence style game in which players get to position traps and keep enemies at bay while fresh Amps cook. Any powerful Amps that you win in the Chaos Squad that you then take back into the main game.

Sunset Overdrive’s focus on energy drink fuelled open world grinding and bouncing-based shooter gameplay is what set it apart from other open-world games, and once you master the unique concept you’ll begin to see Insomniac Games “Awesomepocalypse” vision for this game.

Sunset Overdrive was reviewed on the Xbox One using a retail download code provided by Microsoft.