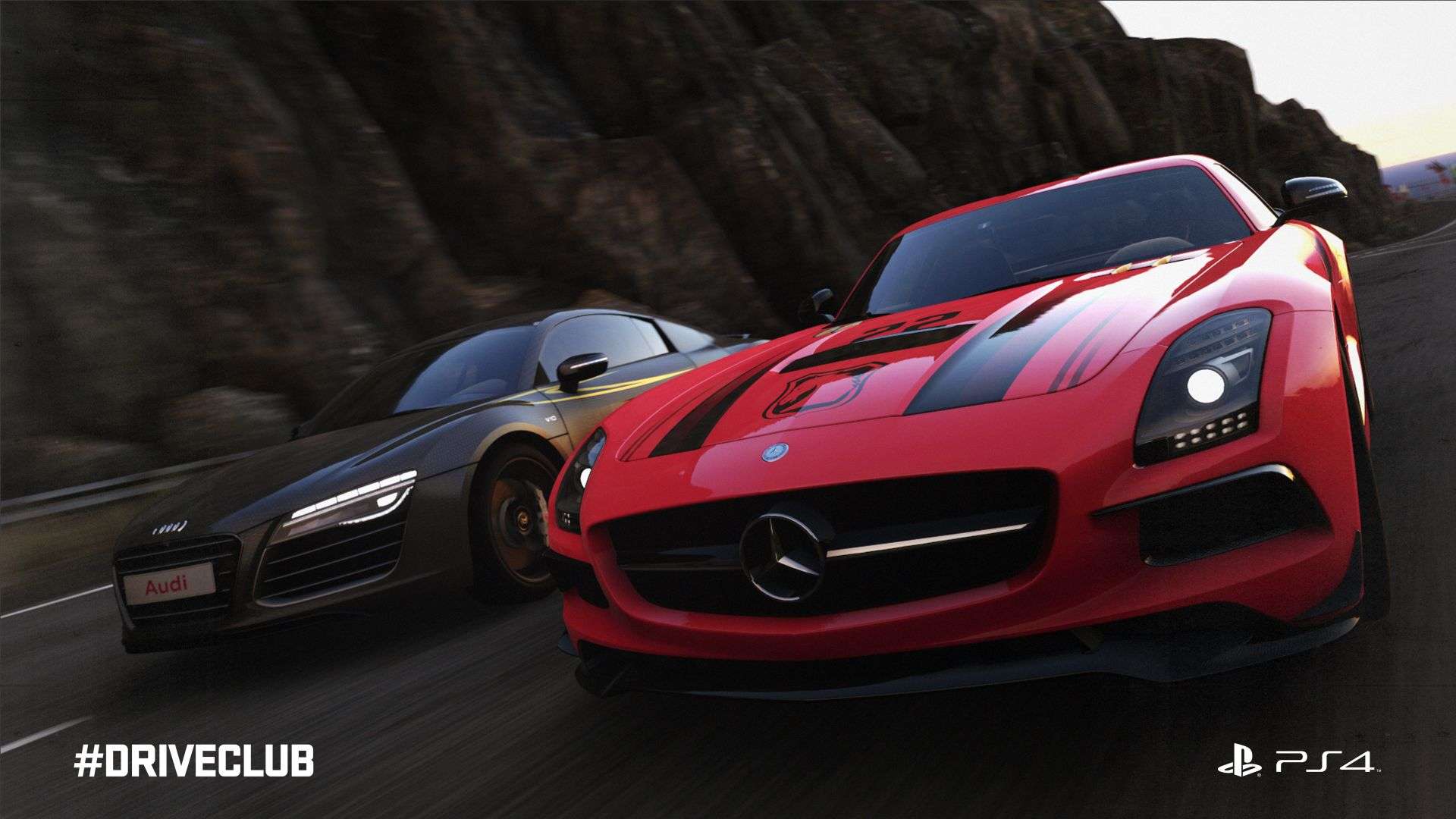 With a seriously bumpy start for a game that was already delayed by almost a year, is Evolution Studio’s super realistic racer for the PS4 worth the wait? Read on to find out what we thought of Driveclub.

We can’t talk about the gameplay aspect of Driveclub without highlighting the giant elephant in the room and that’s the server and online connectivity issues the game has suffered since it’s launch and continues to do so to this day. The game was pitched as THE online racer with a huge emphasis on the formation of your own unique ‘driveclubs’ amongst friends and other racers from around the world but the fact many players are still having trouble experiencing this truly online experience, it’s hard to fully appreciate what Evolution studios were trying to achieve but they’re slowly getting to a issue free gameplay experience. 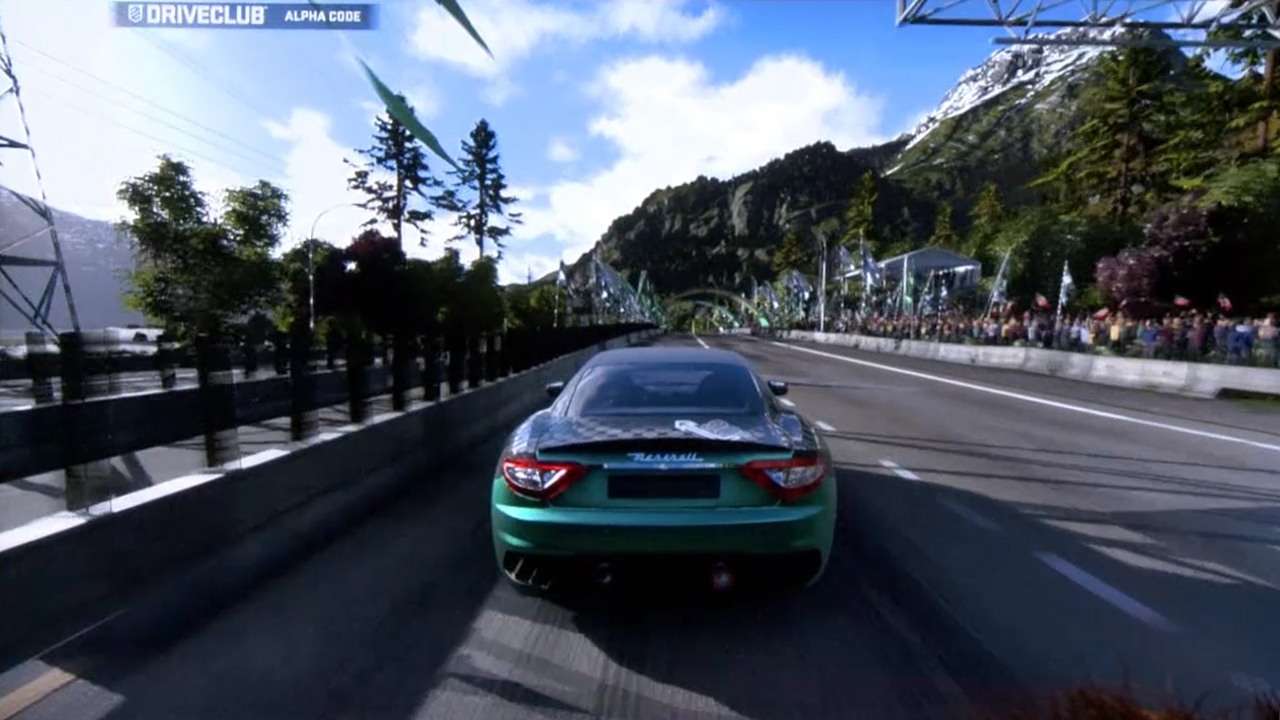 Driveclub is seen as a simulator/arcade racer and It definitely has a believable sense of realism and all the cars handle in their own unique way. I definitely found myself having a preference for various car makes depending on their driving style and I see that as a testament to the attention to detail from the guys in evolution studios. The game’s progression is based on a star acquisition system that allows you to gain anything from 3 to 9 stars in the various forms of races and tournaments. It’s quite a basic system but it’s nice that it’s not over-complicated by silly challenges and that sort of this. 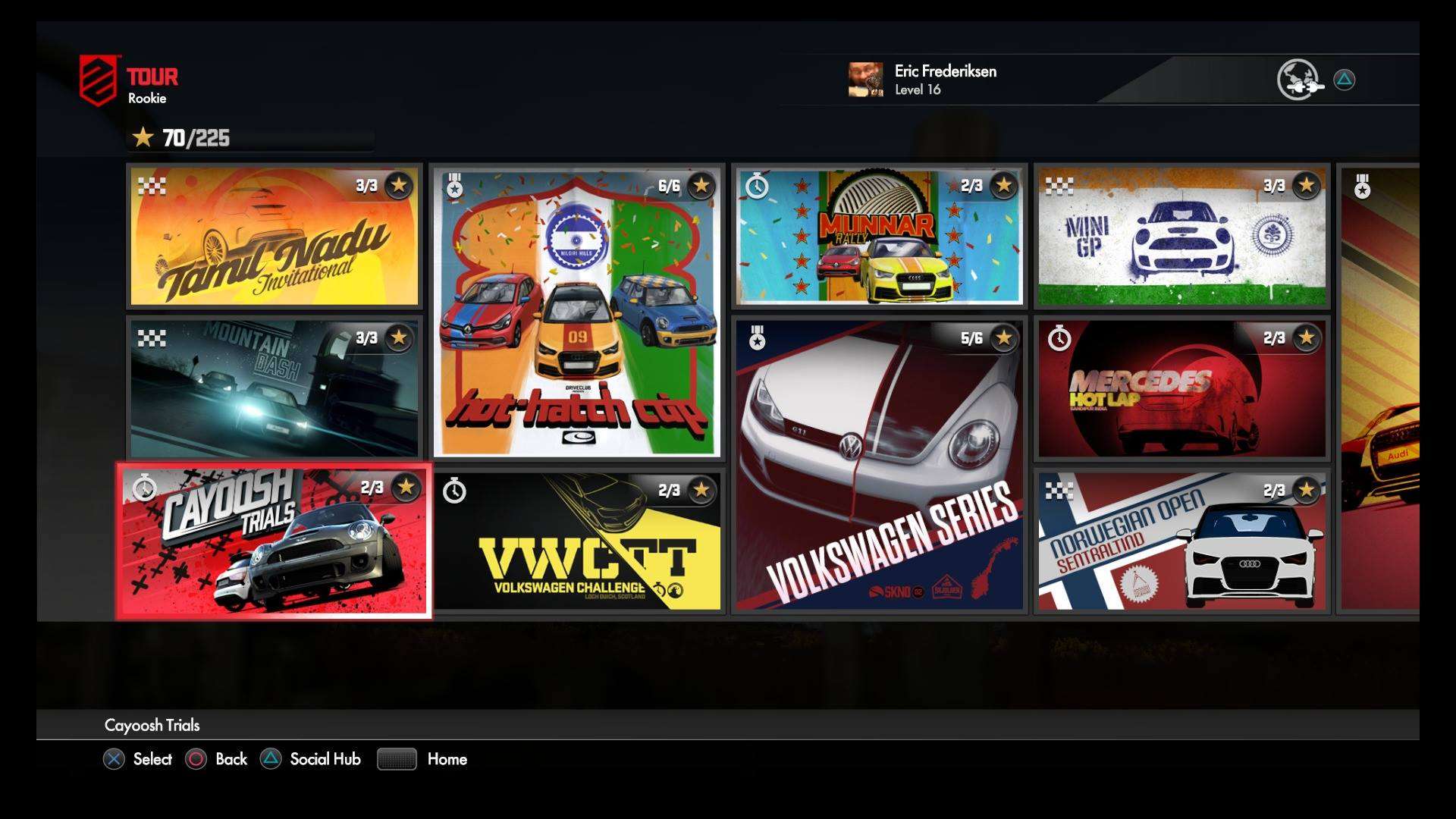 The game is pretty frill-less and it’s all about the driving. There’s no swish menu panels or narrator to guide you on your way but they’ve done a great job in removing all the clutter usually found in other racers and just let you get on with what you bought the game for and that’s racing. 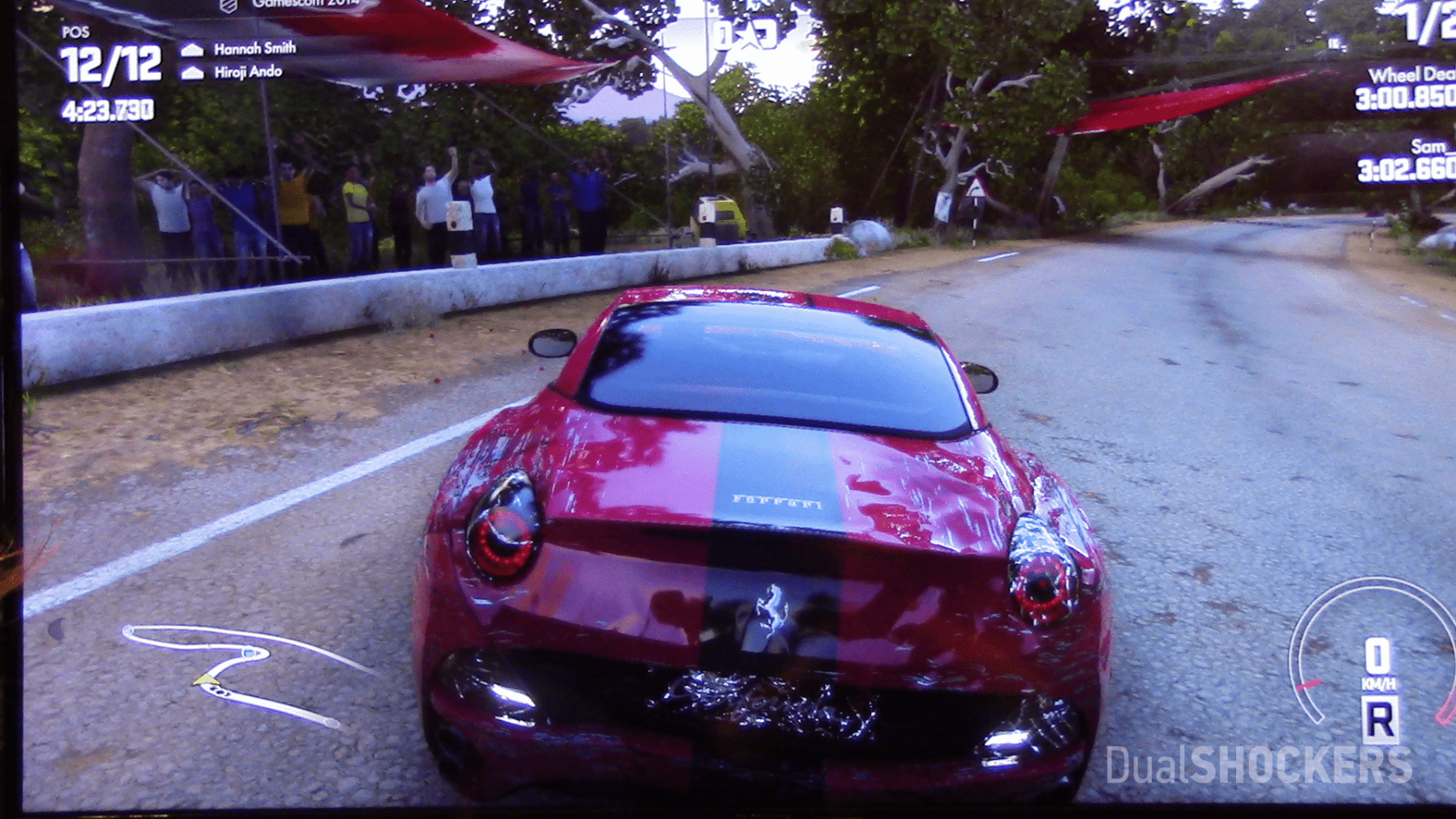 Driveclub is an absolutely gorgeous game, there’s no doubt about it. The attention to detail on not only the cars but the racetracks also make this game stand out as a true next gen experience. From the rainbow effect the sunlight causes on the cars’ headlight plastic cover to the crazy amount of detail when your car gets into a serious accident, this game is simply stunning when seen in real life. 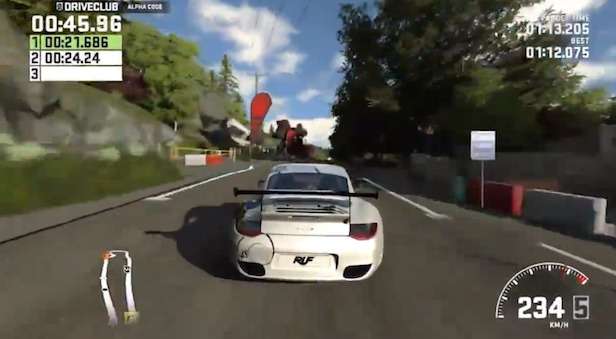 We simply cannot wait to see the graphical update that is due before the end of the year that will add a wide range of weather effects from light rain to heavy snow and we know it’s going to be an attractive looking game even more good-looking not to mention the additional gameplay challenges it will introduce. 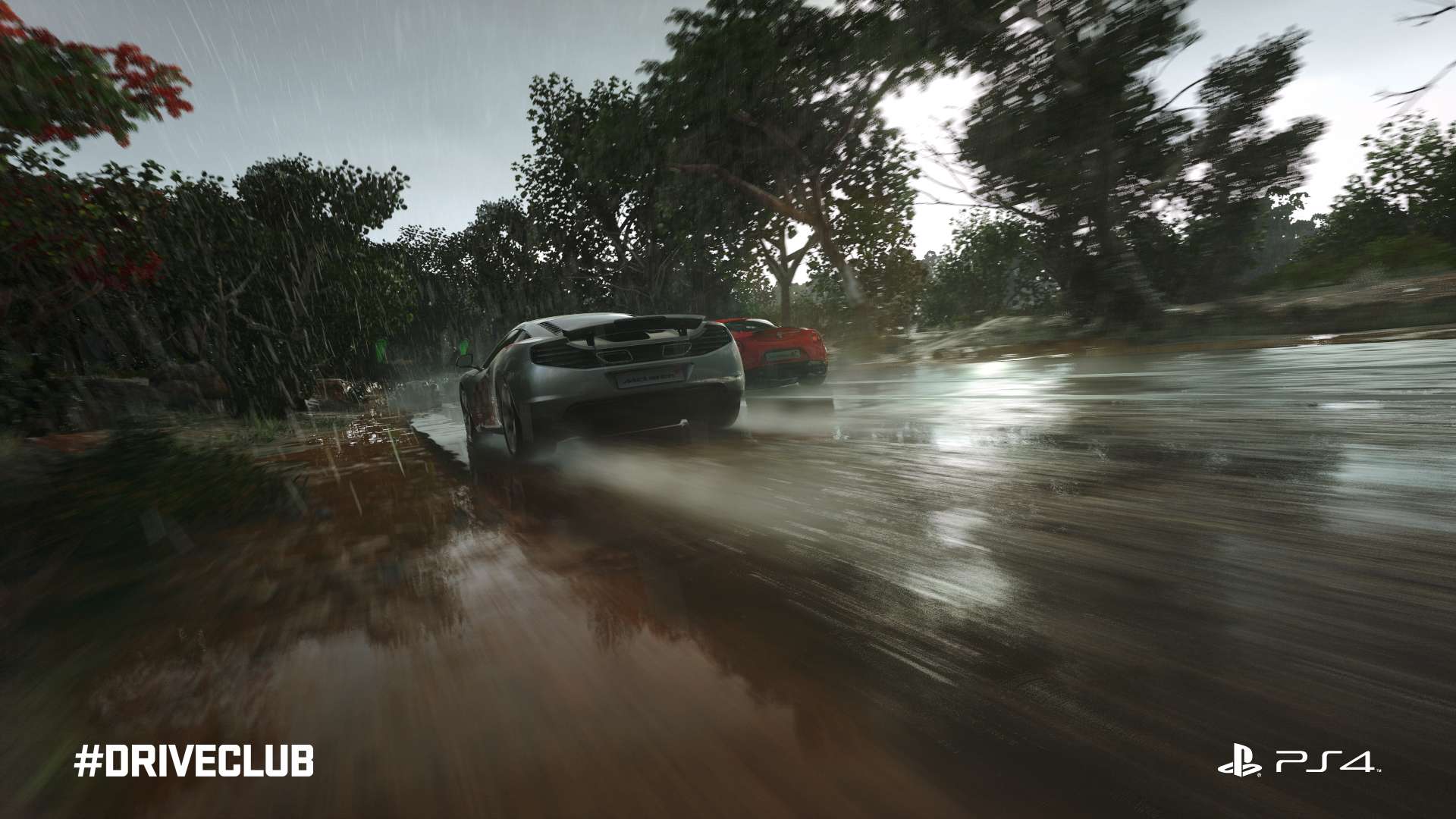 Now we received a review disc for the game on the launch day so we were unfortunate enough to be caught in the middle of the server issues from the start. Thankfully, for us anyway, these issues have all but disappeared and we’re having an extremely enjoyable time online ranking up both our own driver profile and Club profile also. The fact that when you are racing in any of the races, the other cars you’re racing against are real players is a great way to add unpredictability to every turn. We hope the guys at Evolution Studios find speedy solutions to all of their connectivity issues and everyone can experience this great game issues-free. 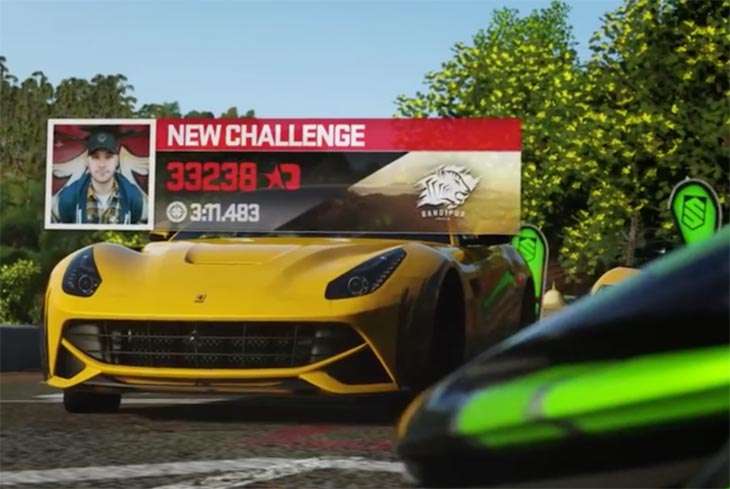 I really do feel for the guys at Evolution Studios. Driveclub was originally meant to launch alongside the PS4 last year but was delayed until only a few weeks ago. Many would have thought that this delay would have allowed them to iron out the sort of issues which has caused the game’s launch to be extremely turbulent and not at all streamlined. 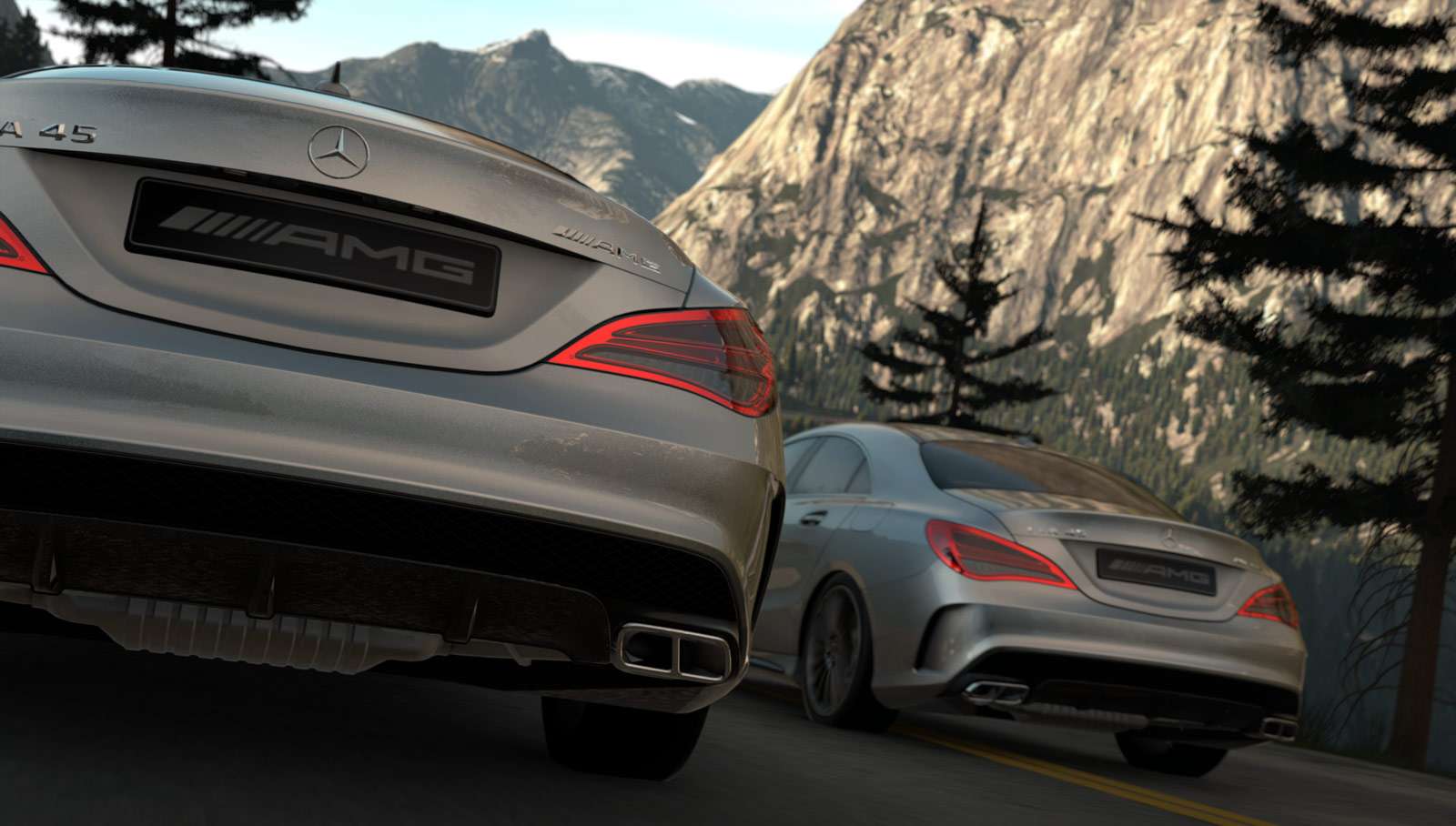 Driveclub is a meticulously created game and you can see all the love and attention that has gone into its creation but the server issues it’s experiencing are simply unavoidable as a dark blot on the games perception in the public eye. I would definitely recommend this game but if you haven’t picked up a copy yet, maybe wait a week or two more to be sure that all the connectivity issues have been sorted.