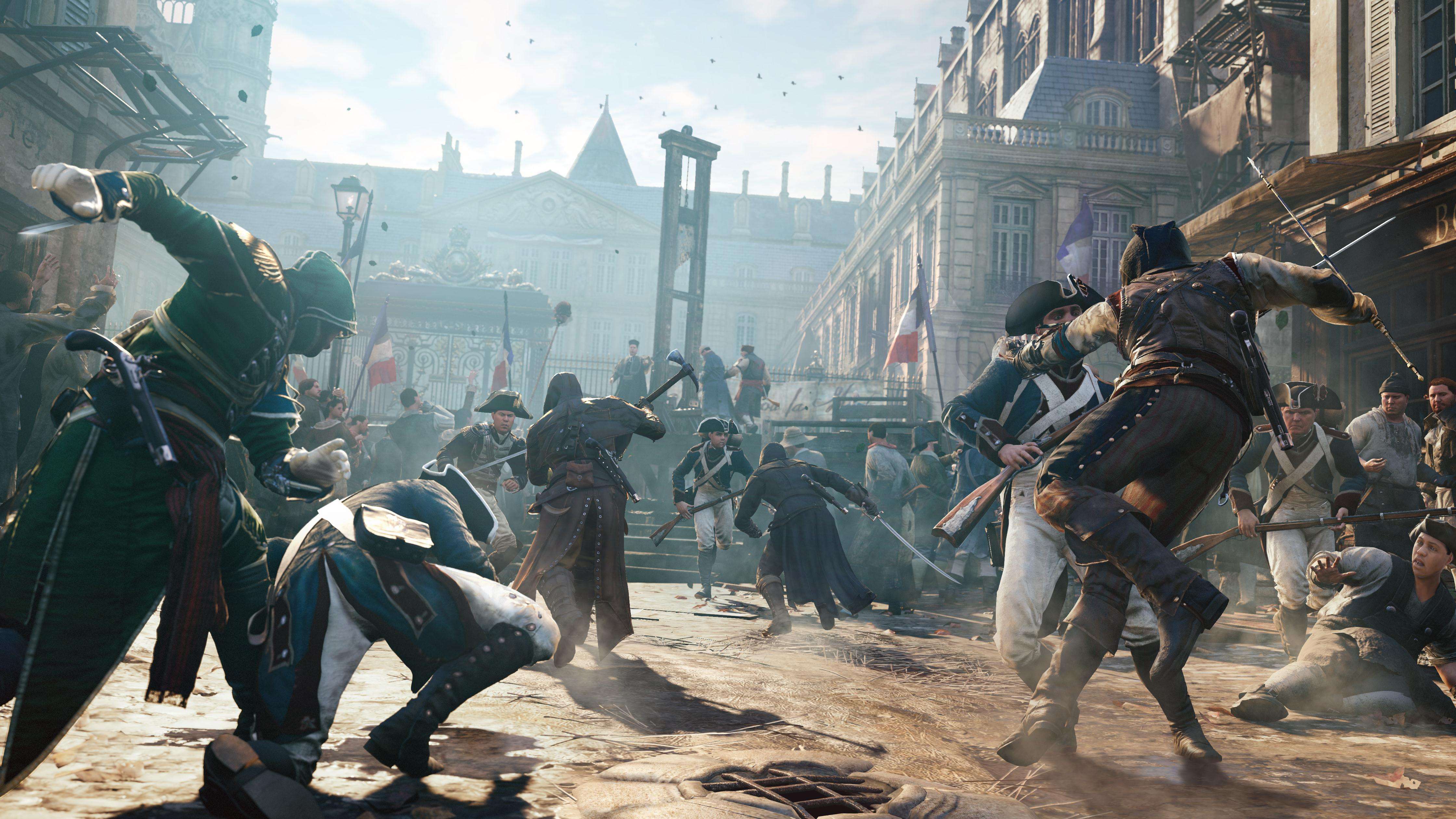 So were in an age of gaming where it’s beginning to look like the ‘go hard or go home’ mantra is becoming the predominate theme and with Assassin’s Creed Unity from Ubisoft, they definitely pulled out all the stops to not only show what their Anvil graphics engine can do but what these new pieces of gaming hardware can really do. Did they bite off more than they can chew though and is Assassin’s Creed Unity too flawed for its own good? Read on to find out.

“…the French are beginning to rise up in arms against the Monarchy and overthrow it.”

Assassin’s Creed Unity or ACU as I’ll be referring to it for the rest of the review is set in Paris both just before and during the French Revolution. You play Arno Dorian, who, not to spoil too much of the story, has been introduced into the brotherhood of Assassin’s to avenge the death a close loved one. All of this is going on whilst the French are beginning to rise up in arms against the Monarchy and overthrow it. 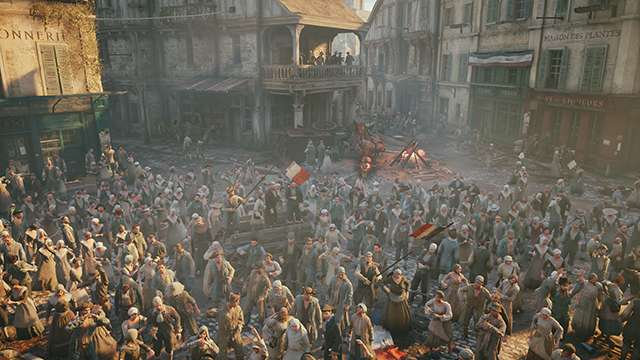 In contrast to previous Assassin’s Creed titles, such as Assassin’s Creed III, where you as the protagonist interacted more with the major players in history during that time period, ACU has you take a bit more of a back seat as the revolution unfolds. This isn’t necessarily a bad thing but it would be nice sometimes to me more involved in the ‘history-defining’  moments.

“For the first time ever, you can now ‘free-run down’ the environment…”

So firstly I’d like to acknowledge the elephant in the room by addressing the issues Ubisoft have had since the launch of this game, ranging from graphical ones to some serious playability ones. We know Assassin’s Creed Unity is pushing the consoles to some serious limits and this is the biggest Assassin’s Creed world ever created but players are still very unhappy that this game was launched before all of the problems were solved. Ubisoft, the developer are aware of this and even have a live updates page where you can go to to see how they are getting on with the various patches for the game.

They’ve also come out and said that everyone will be receiving the ‘Dead Kings’ DLC content free of charge and those of you who have already purchased the Season Pass to get this content will get another selected Ubisoft title free of charge. We like Ubisoft’s efforts to address and rectify these issues but being honest, we wish the problems weren’t there in the first place so hopefully not just Ubisoft, but all of the major game developers learn from this and stuff like this doesn’t happen again.

ACU follows in the footsteps of all its predecessors in the AC franchise but it is the first in the franchise to launch exclusively on the Xbox One and PS4. The gameplay, if you’ve played any of the other AC titles, is the same with some really nice additional touches thrown in to show of the new Anvil engine. For the first time ever, you can now ‘free-run down’ the environment and buildings and you can now even choose to crouch whenever you feel like (a ridiculous statement when you think about it being a stealth game and this only being implemented now). The free-running in general has gotten an overhaul and Arno has more moves than ever to ascend the various buildings of Paris. 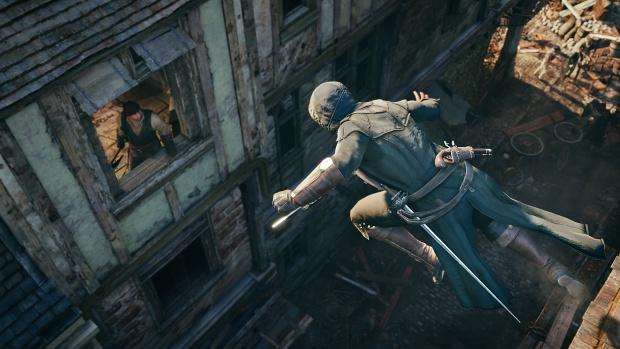 ACU has implemented some serious customisation options into the title also with various forms of currency to purchase and upgrade various forms of characteristics and items. The game is pitched as the ultimate multiplayer AC experience so it really wants to help you differentiate yourself from the crowd when playing online.

There are significant tie-ins with the Assassins Creed Unity Companion App for iOS and Android, a freemium click app with limited direct ties to the overall story of Unity. There are a significant number of chests and assassination targets and other collectibles that are visible to all players but only accessible to those who’ve completed certain goals within the app. 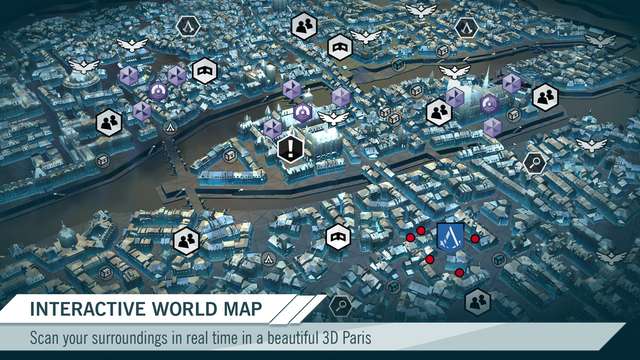 ACU is one of the best looking games I’ve ever played. Ubisoft and their Anvil engine have created a stunningly beautiful digital version of 18th Century Paris (and Versaille). The lighting is some of the best I’ve seen in a game and the attention to detail to every one of the buildings, streets and alleyways really is something. 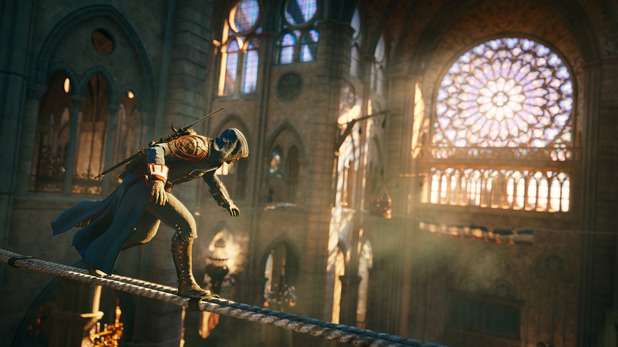 The increase in crowd numbers and NPC characters too are something I was very impressed by but these aren’t without their issues unfortunately. With glitches affected the crowd’s behaviour and how you interact with them, the immersive experience created by these stunning graphics is somewhat lost. We know Ubisoft are working on fixes so we hope they are implemented soon. 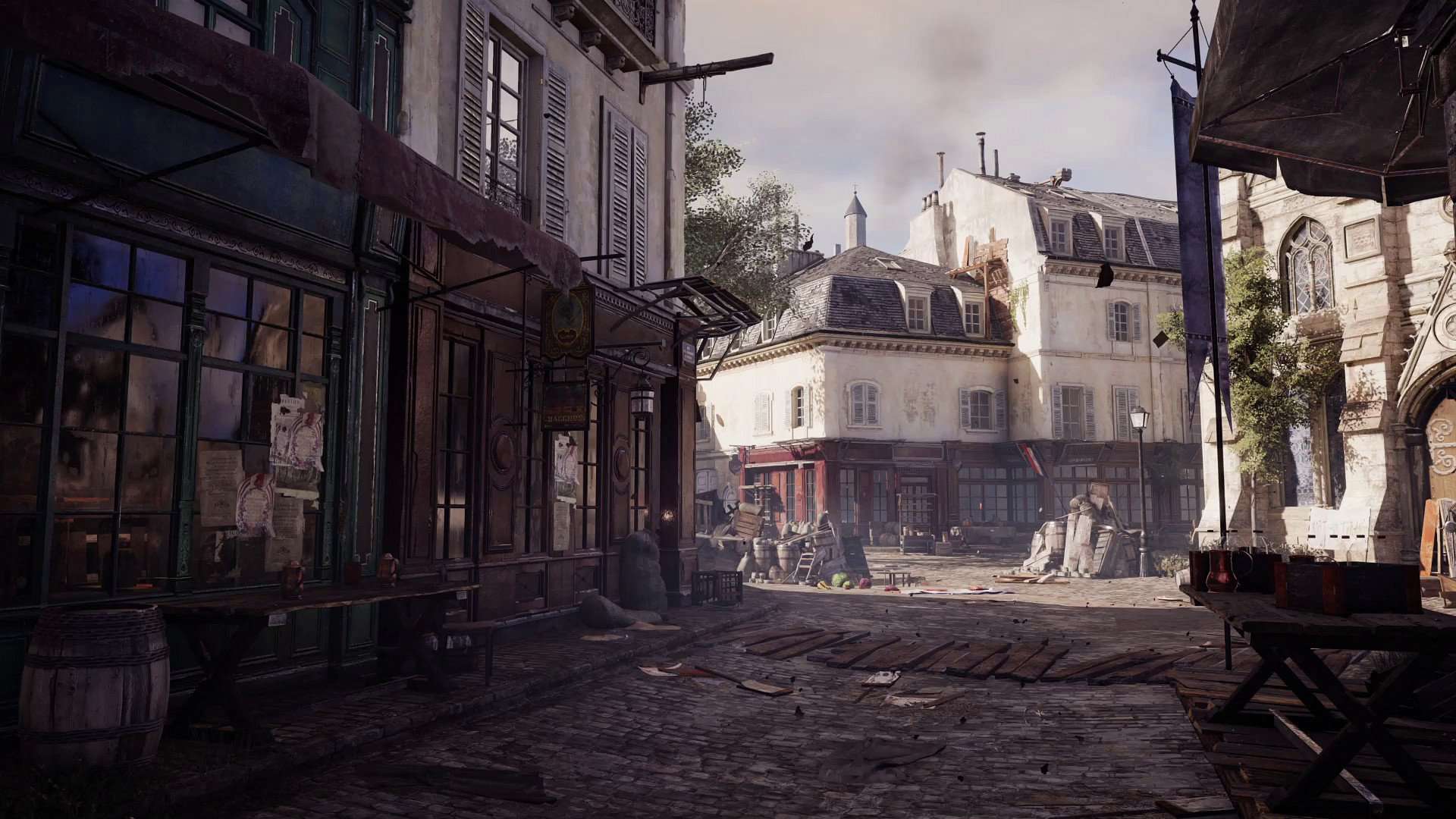 ACU is a breath of fresh air and being able to carry out co-op missions in this beautiful and detailed world is extremely enjoyable.

As I mentioned earlier, ACU is pitched as the ultimate AC multiplayer/co-op experience and it is seriously fun to play. For a game series that was predominantly focused on single-player action, ACU is a breath of fresh air and being able to carry out co-op missions in this beautiful and detailed world is extremely enjoyable. 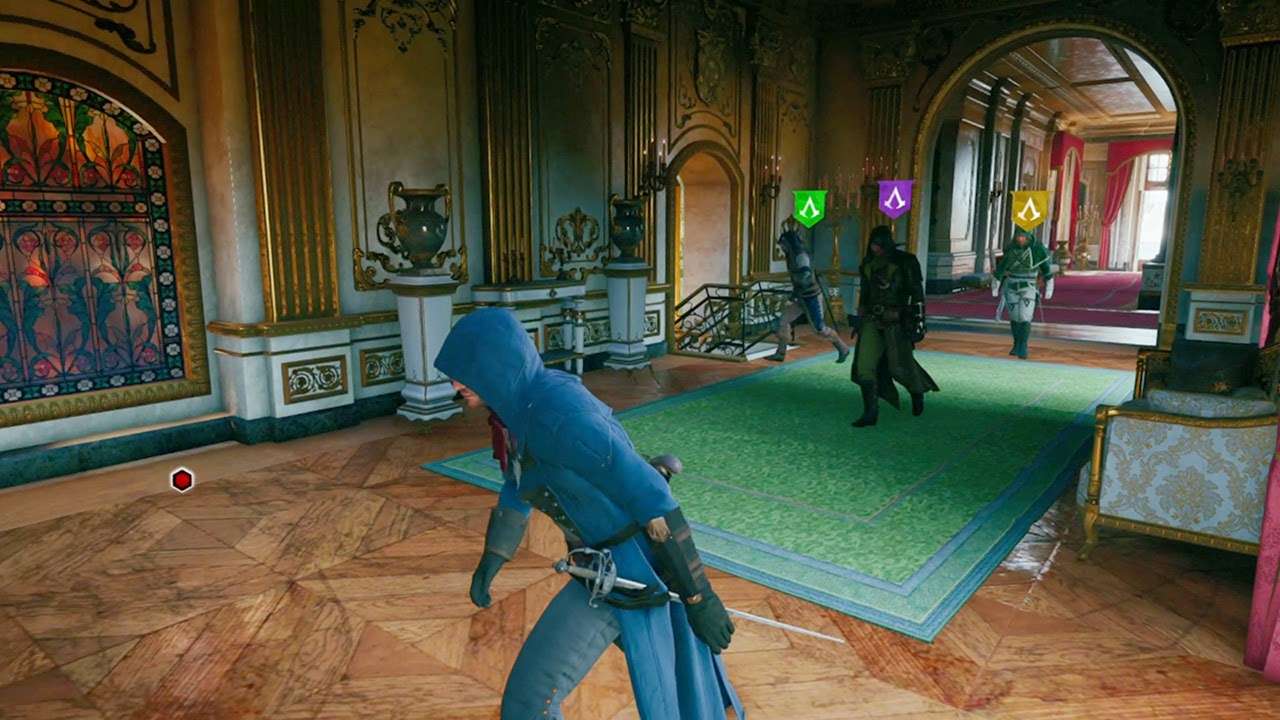 In the game, you can enter taverns to see who of your friends are currently playing the game and when you approach them, you are asked if you’d like to join their mission. If you press yes, you are transitioned into their game, both reset to the most recent checkpoint in your friend’s game and you are now able to help them carry out whatever task they were doing. A fellow Effect.Net writer and I tried this out on an assassination mission in Notre Dame early on in the game and we had a great time trying to decide the best point of attack and also planning our exit. 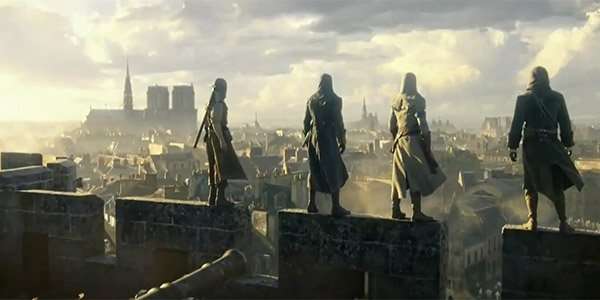 Assassin’s Creed Unity must be commended for all that it tries to achieve. A truly ‘next-gen’ looking title with an amazing world to explore, character customisation and online co-operative gameplay truly make this game an impressive entry into the AC franchise. Unfortunately, it’s not without it’s faults but Ubisoft’s acknowledgement of these have somewhat lessened their blow. If you’re a fan of the series, this is a must-have, if not, I still recommend you pick it up if only to appreciate the visuals and co-op multiplayer.