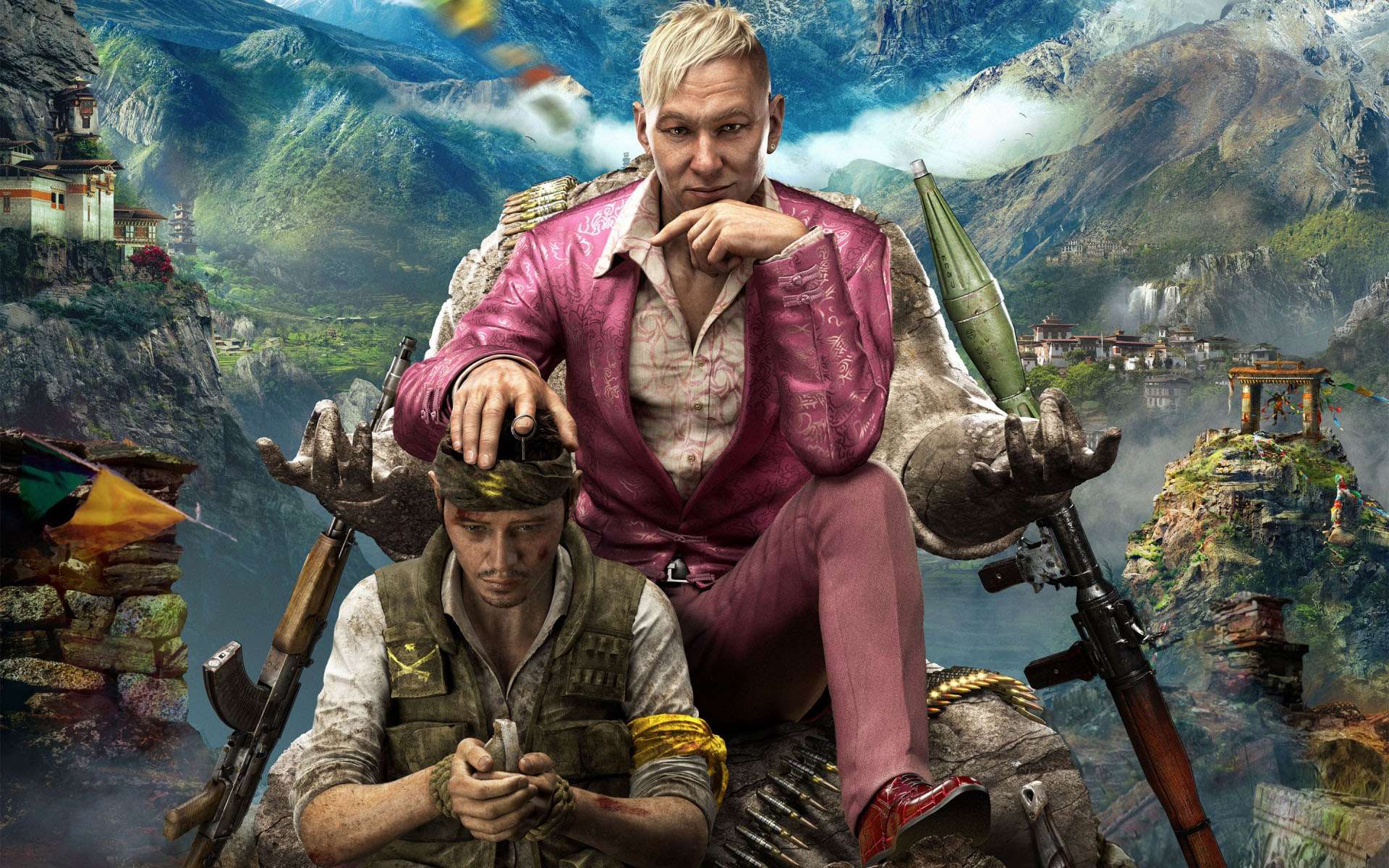 I should start this review by stating that I loved the first Fry Cry! It was a great game, way ahead of its time. Far Cry 2 was also a great game, but for some reason, Far Cry 3 completely slipped under my radar! Not so with Far Cry 4 and I’m glad it didn’t!

In regards the competition, read on and find out the details at the end of the review: 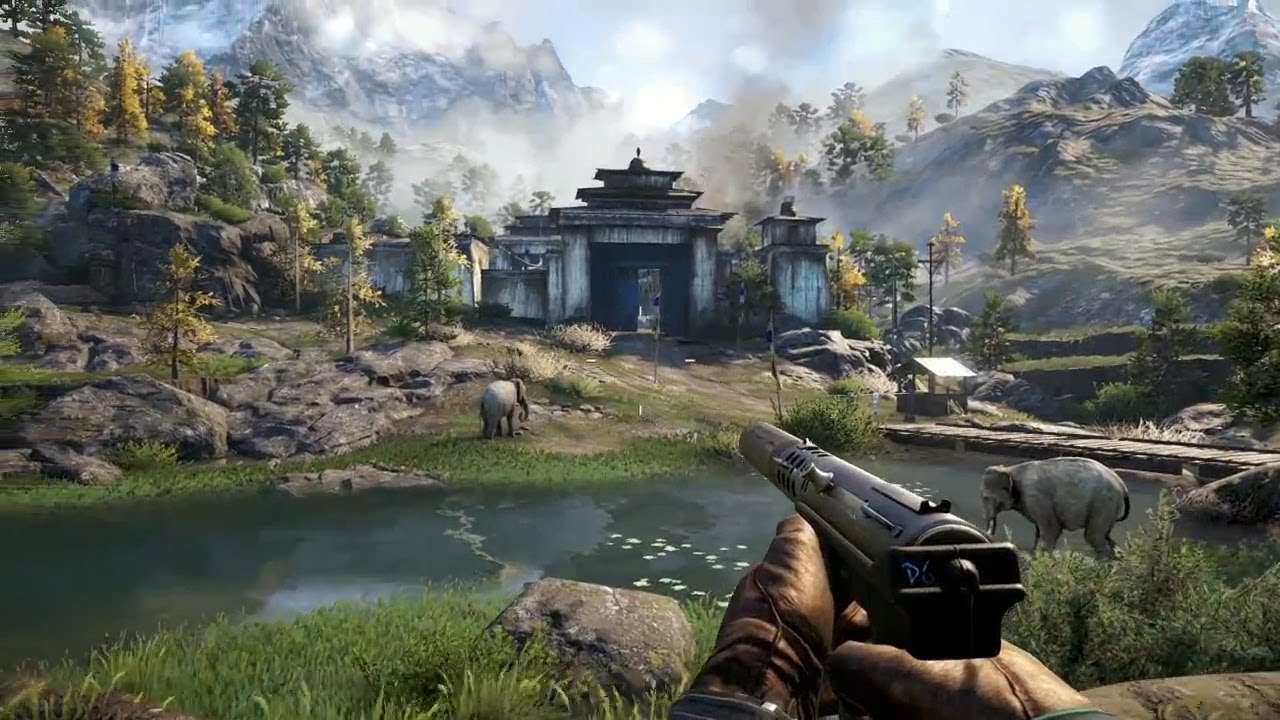 In Far Cry 4 you play Ajay Ghale, who is returning to his mothers homeland to scatter her ashes as per her dying wish. Her mothers homeland is the fictional area known as Kyrat. It’s roughly based on real world locations of Nepal, Thailand and Tibet in terms of how it looks, where it is and the culture found there. It turns out that Ajays father is a legend in Kyrat and because of this the local rebel group, The Golden Path, are all about recruiting Ajay.

With Far Cry 4, while yes the ultimate goal is to scatter your mothers ashes, its what happens along the way thats much more important than that ultimate goal. You will try to help oust the regional nasty dictator, Pagan Min (who is voiced by the king of video game voice artists, Troy Baker). Pagan Min come across as a cheesy 70’s villain that would be at home in a spy movie, though with a super nasty mean streak. You’ll hear his voice come over the radio a lot addressing you and it can be quite funny at times. 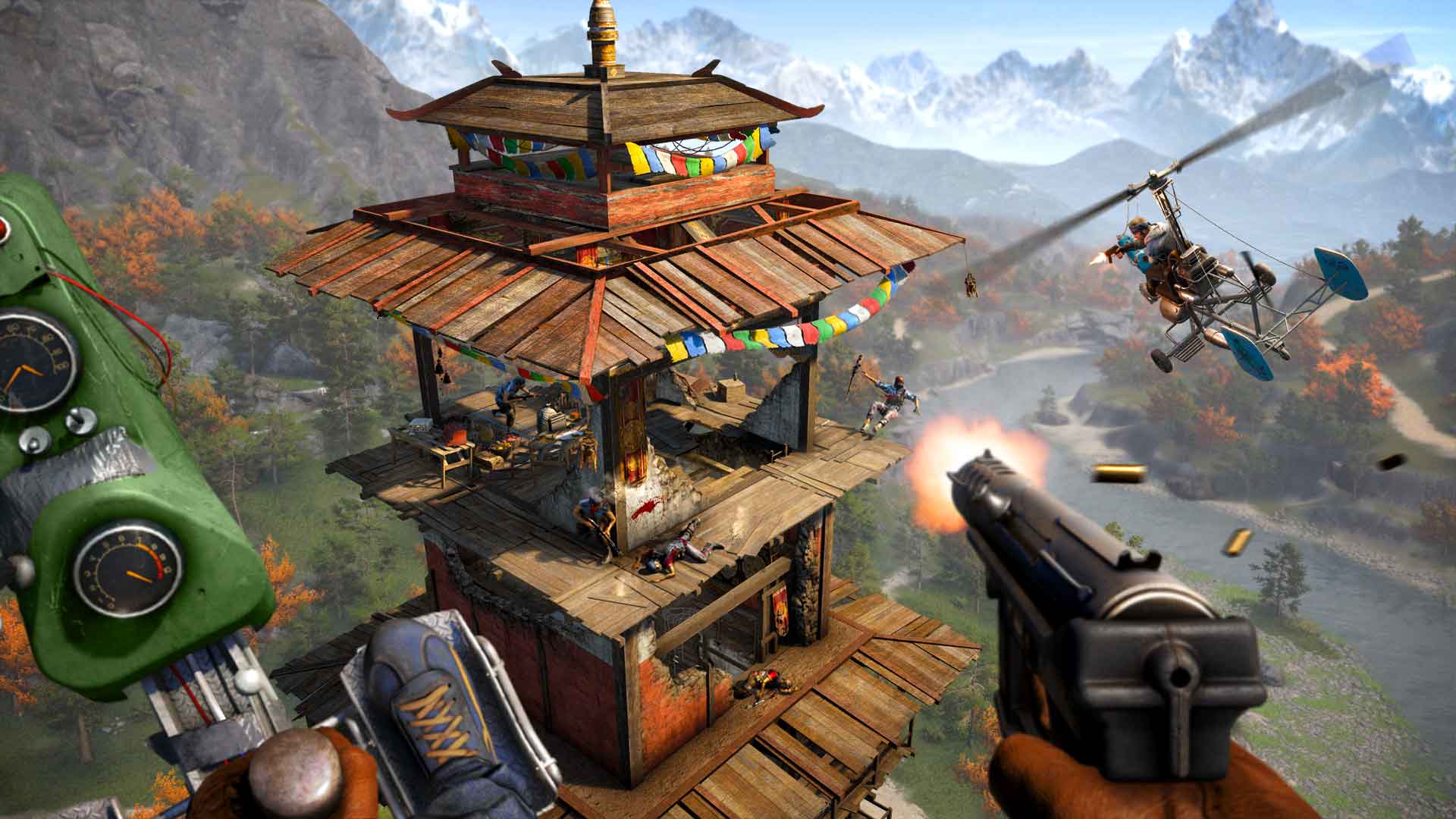 The sense of freedom in Far Cry 4 is truly outstanding. What Ubisoft have done in terms of scale it a sight to be hold. Getting around can take some time, but thankfully there are little copters called Buzzers dotted about the place which help getting you from point A to point B in a fairly quick time (though you’re still looking at 3-5 mins to try and fly in a straight line from one point to another)

There is so much to see and do beyond the main storyline that its very easy to get distracted, but that’s a great thing if you ask me. I’m the type of gamer that like to sit and play something for 30 mins and then put it down, but with Far Cry 4 I found myself getting sucked into 2-3 hour sessions where I didn’t even advance the main story, I was out hunting for animals so I could increase things like my Wallet Size or how many arrows I could hold. Trying to hunt down 4 snow leopards is no easy feet, but it is a fun one!

There’s a great Co-Op mode in Far Cry 4 and on the PS4 your friend doesn’t even need to have a copy of Far Cry in order to help out thanks to the PS4’s SharePlay feature. Having a buddy there to help out in those difficult missions where you needed to create a distraction or take over a castle base is just brilliant to have and really well implemented. I didn’t get much time with the multiplayer yet as the single player side is so good, but I’ll update the review shortly when I’ve had more time with that aspect of the game 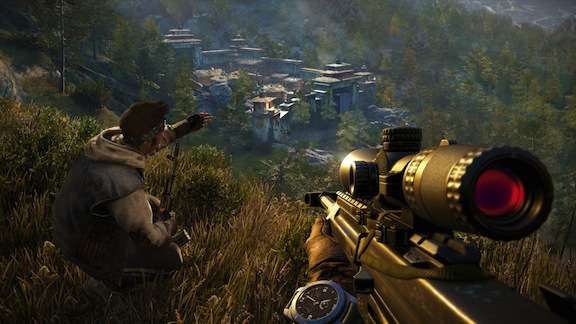 Again, I don’t know what kool aid the Ubisoft team responsible for Far Cry 4 were drinking, but they really should share it with the other teams because Far Cry 4 is simply stunning! The views and draw distance are breath taking and the frame rate is rock solid! Also, given how much greenery and trees are in the game, i have no Idea how there is pretty much no jaggies to be seen anywhere! Even when you’re flying in a buzzer over a region there is a tiny bit of noticeable pop in, but given the scale and the detail, I’m surprised how little there is if I’m honest!

The detail in the animals and environment is amazing. Ubisoft are using some new fur technique for the animals and well it really helps suck you into the world when out hunting and skinning the various animals.

To me, this is one of the best looking games out at the moment, and if you have a PlayStation 4 or Xbox One, this is one to pick up and show off to your friends who are yet to upgrade to a next gen console! 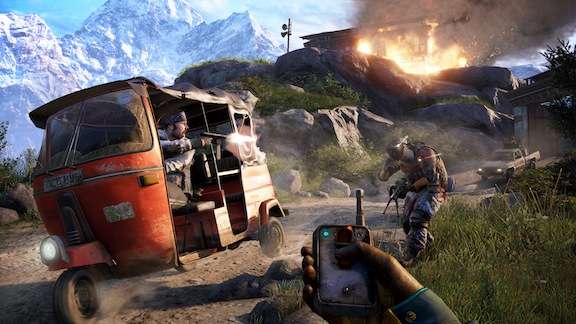 Far Cry 4 is a feast for the senses. The sights, sounds, activities, puzzles and characters are top notch. It looks amazing, had a great story, cool co-op features and is out now! If you’re a fan of the Far Cry series or new to it, Far Cry 4 comes highly recommended.

To be in with a chance of winning a 1 of 2 copies of Far Cry 4 on PlayStation 4, just answer the following question:

Who is the main character in Far Cry 4?

Competition closes Thursday 18th December at 11:59pm and winners will be announced shortly after. Full Terms and Conditions can be found HERE