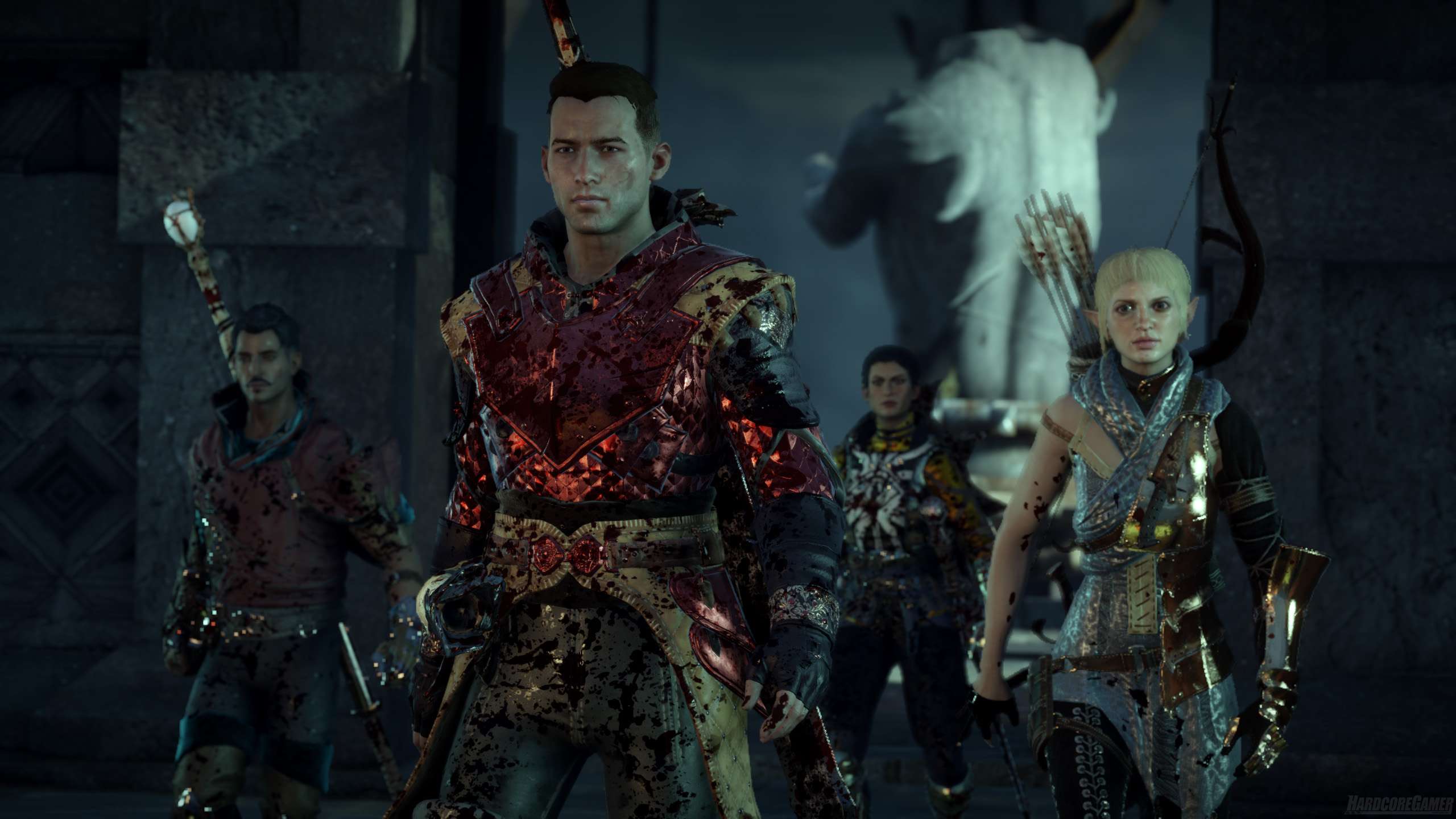 How would you describe a great video game in 2014?

Personally, I would describe it as follows;

Dragon Age Inquisition is one such game and what I would consider as the best game of 2014. The game came out in late November but it’s taken me until almost the end of December to finally beat it with nearly 120+ hours on the clock. This game is massive, in every sense of the word. The third game in the fantasy-themed Dragon Age series, Inquisition improves upon its predecessors in every way, and marks a true return to form for BioWare, the studio that brought us Star Wars: Knights of the Old Republic and the Mass Effect series. Essentially, this is a game that gives players everything they could have wanted from another entry in the classic RPG franchise. 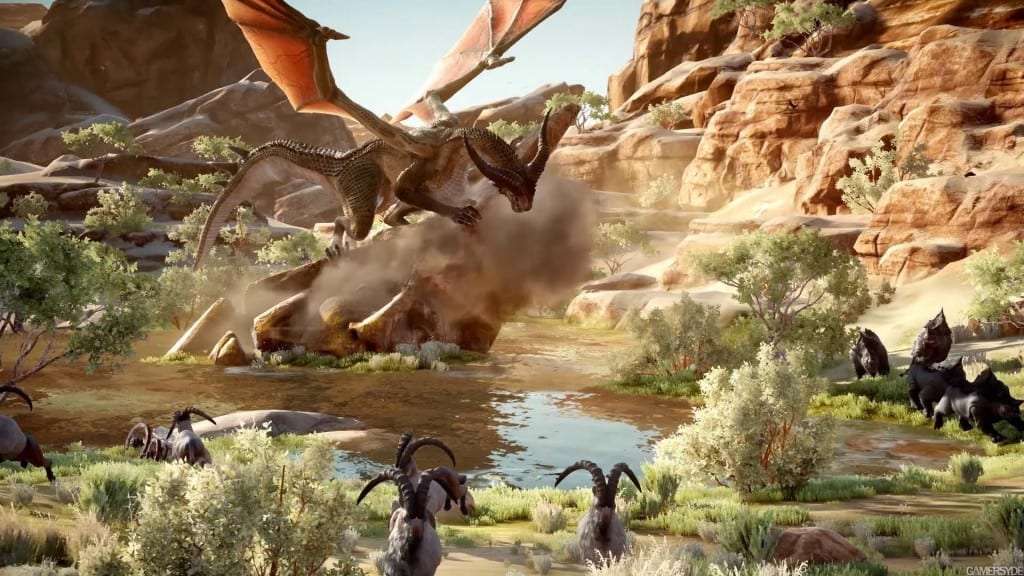 Dragon Age Inquisition has a scale that’s almost mind-boggling, with multiple, huge free-roaming maps that offer amazingly visually breathtaking environments. But the game isn’t perfect yet it aims so far beyond the series’ own previously set parameters that its foibles and shortcomings are entirely forgivable.

In terms of the story, you take on the role of the mysterious “Herald of Andraste” (later referred to as the Inquisitor), a man (or woman) who somehow survives a massive magical explosion without a scratch. As the game opens, you tumble from a rift in the sky, from which onlookers also see a glimpse of a woman. Many believe that the woman must be Andraste, the prophet whose doctrine inspired the rise of the Chantry (main religion), yet you have no memory of the event. Perhaps you are a chosen one; perhaps you are merely fortunate. The Maker (the god) may know, but His voice continues to go unheard, at least directly; it is up to you, and those you influence, to decide whether you have been marked by a deity. As a now de-facto messiah figure in a world called Thedas, torn asunder by an otherworldly, demonic invasion, you’d think that would rank chiefly among your concerns. But Dragon Age: Inquisition is rife with political intrigue, social unrest and injustice, and a procession of those looking to you for solutions to problems big and small. So you must save the world, save the girl and of course save yourself.

Thedas is a world filled with interesting and unique flora, fauna, cultures, politics and battles. What’s more, all these facets are amazingly fleshed out, in a manner that feels neither quick and dirty for the sake of entertainment. But instead, it feels, for lack of a better word, real and that each part has been crafted with the same skill an author would over a best-selling novel.

Dragon Age Inquisition’s superb supporting characters provide excellent examples of this. Dorian is not just “the mage,” he’s a troubled man with trust issues that ran away from his homeland. Iron Bull is not “the muscle,” he’s a leader of mercenaries with a penchant for hedonism hiding under his eyepatch. It’s impossible to think of these people as roles, the thief, the mage and the knight, to fill in a fight; they have feelings, complexity, and their histories tie intricately into the places you explore.

The pay-off is that even by doing something as small as reassuring someone who is a stranger to your customs, you feel as though you’re shaping Thedas. The world may have spun without you before, but by the time the Inquisition is formed, you will become its fulcrum.

Your “Herald” is highly customizable; players can choose whether their character is male or female, as well as their race and appearance. The races include human, elf, dwarf, and qunari (a race of large, horned humanoids), which covers all the major races in the game, and appearance options are very robust, to the point where I was able to almost create my doppelgänger within the game. The character creator is far more polished than either of the previous Dragon Age games.

Along with physical attributes, players choose a class for their character: Rogue, Warrior, or Mage. Each class offers a few different ways to play; Rogues can wield either a pair of daggers or a bow, Warriors can fight with sword and shield or with a single two-handed weapon, and Mages have a variety of schools of magic to choose from. Later on in the game, each class also gets access to three specializations, which add new skills for the player to unlock. Personally, I’ve spent most of my time in the game as a Mage and boy do you have some fun as a Mage. 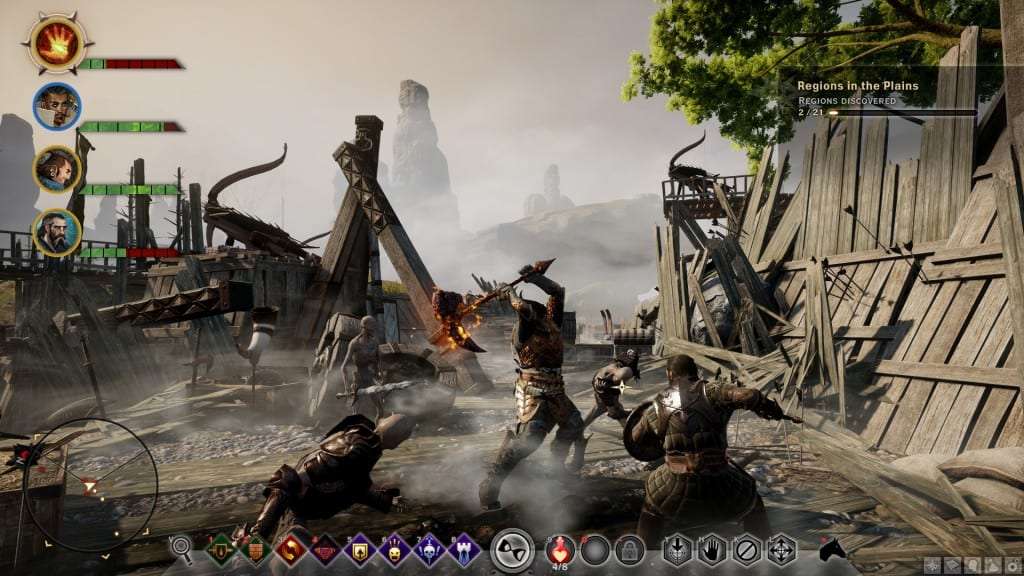 So now to the combat. Fighting in Dragon Age Inquisition’s is the best of both worlds. It is fun and colorful, and if you bemoaned the loss of the tactical camera in Dragon Age II, you’ll be glad to know it is back, and available even on consoles, allowing you to call out actions and controlling your entire party at once while advancing time in short bursts or you can treat it as a traditional action RPG, with real-time combat and button mashing. The fight scenes will also appeal to those of you who lack the patience for more demanding trials — at least on the lower difficulty settings.

As if its incredible single-player experience wasn’t enough, Dragon Age: Inquisition features multiplayer as well. Anyone who played the Mass Effect 3 multiplayer has a rough idea of what to expect: a team of four players fights their way through several waves of enemies, with optional objectives along the way. Inquisition mixes that formula up a bit, though; rather than waiting on a static map for waves of enemies to spawn, players journey through a randomly generated stage, fighting enemies along the way. Each stage is divided into five areas, with each area being randomly generated, meaning no map will unfold the same way twice. In addition to having lots of baddies to fight through, each area has a special objective; it might be finding an item, keeping an NPC alive, or something else. 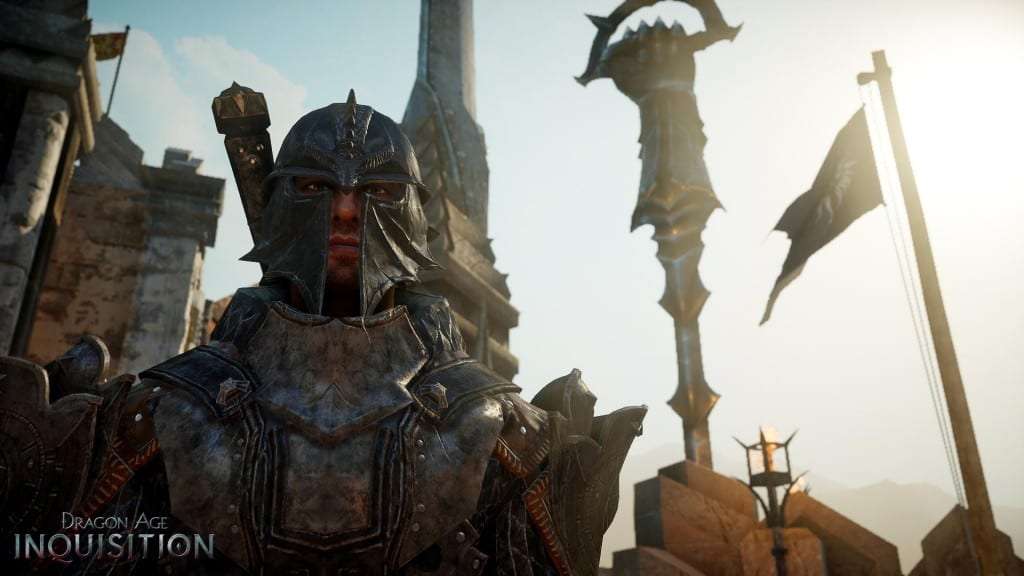 Combat is identical to single-player: everything happens in real-time, with the player having a basic attack button and several other special skills hot-keyed to the controller’s face buttons. There are currently 12 multiplayer classes – four mages, four rogues, and four warriors, all with different skills. By default, only three of these classes are unlocked, but players can unlock the others either by buying treasure chests with the gold they earn in combat or by crafting that class’s armor.

So yes, I ran into some annoying bugs while playing, most of which involved getting frozen in mid-conversation or slipping into crack between rocks, but thanks to frequent autosaves it was never a huge issue. Dragon Age Inquisition is the ideal of what big-budget, triple-A games should strive for. It’s big verging on the too big. It’s beautiful to the point of distracting. It’s flawed but you look past it because it’s perfect in so many other ways.

Dragon Age Inquisition is hands down my favorite game of 2014. With an enormous world, tons to do, memorable characters, solid combat, and enjoyable multiplayer. If you haven’t played it yet. Stop what you are doing right now. I mean it. You must play this game.