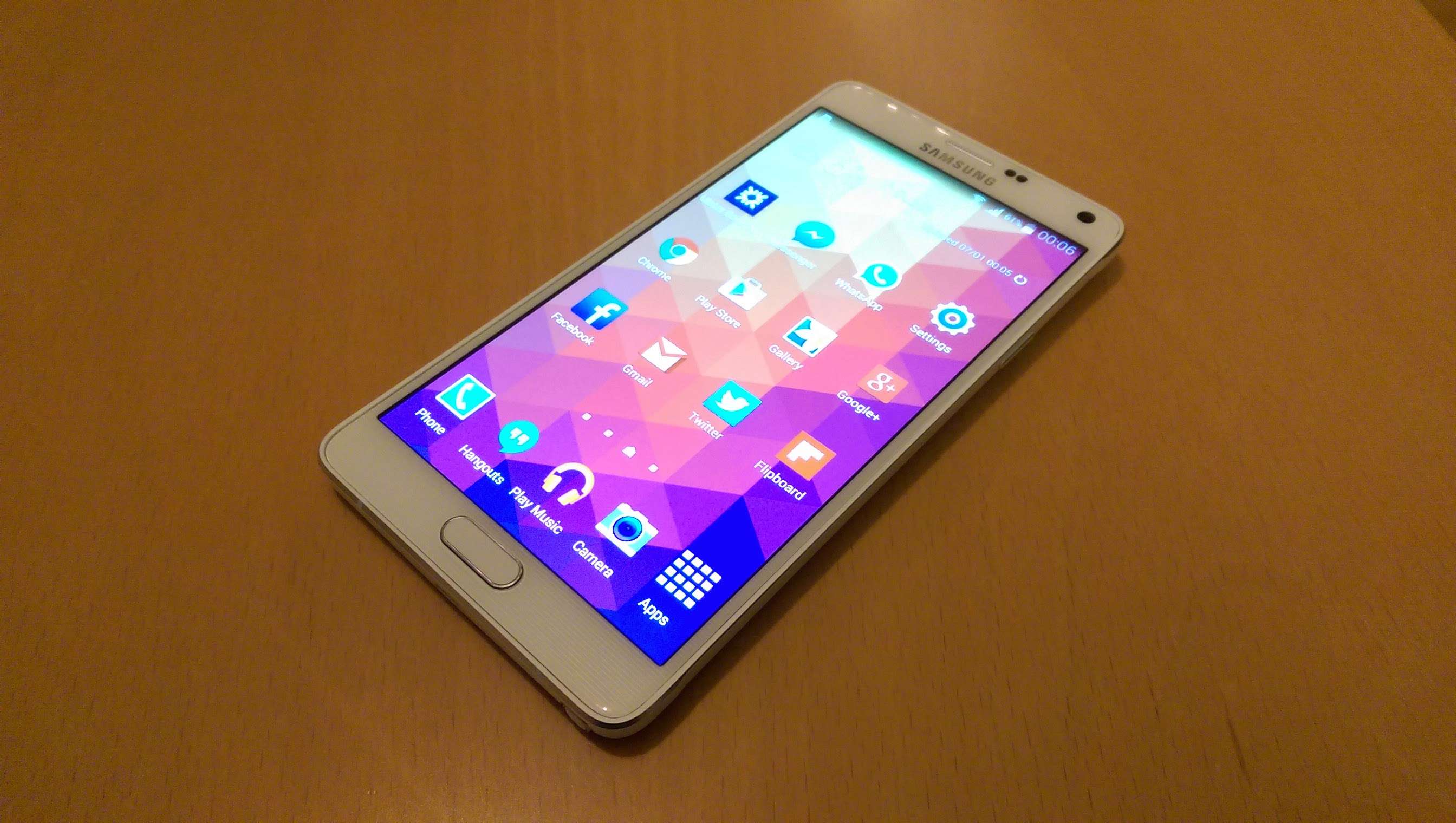 The time of the phablet is most certainly upon us and one of the the first manufacturers to have entered this area was Samsung way back when with the original Galaxy Note. With its finger-straining dimensions, they had created a product people didn’t know they wanted and seeing as we’re on its fourth iteration, it’s a product the public most certainly want. So is the Samsung Galaxy Note 4 ‘the’ phablet of choice or are its competitors finally gaining ground? Read on to found out. 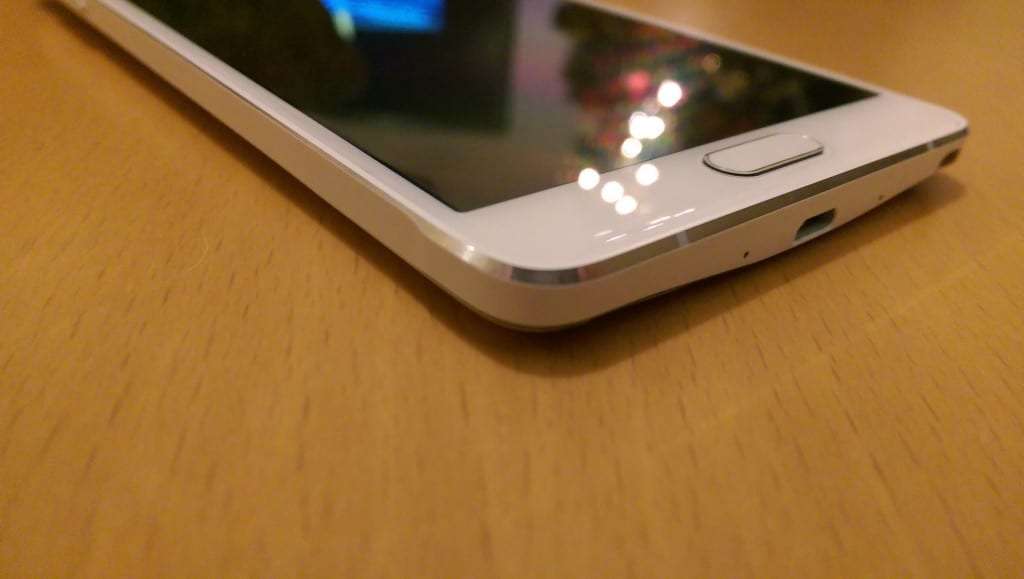 Samsung, who were often seen in a slightly negative light for their phones’ build quality seemed to have turned a corner with the Galaxy Note 4. Admittedly, there is still the removable back cover but the device now has stylishly chamfered metal sides, much like the Samsung Galaxy Alpha, and feels much sturdier in the hand than its predecessors. The S Pen, which slots into the bottom of the device, has also been tweaked and is now even easier to use. The speaker on the back gets the job done but we do wish it was slighter louder and had a little more bass. There is an SD card slot which is pretty mandatory now for a serious productivity phone like the Note 4 and the 3220mAh battery has ‘fast-charging’ technology to allow to ‘plug and go’ knowing your device has soaked up as much juice for the day as possible. 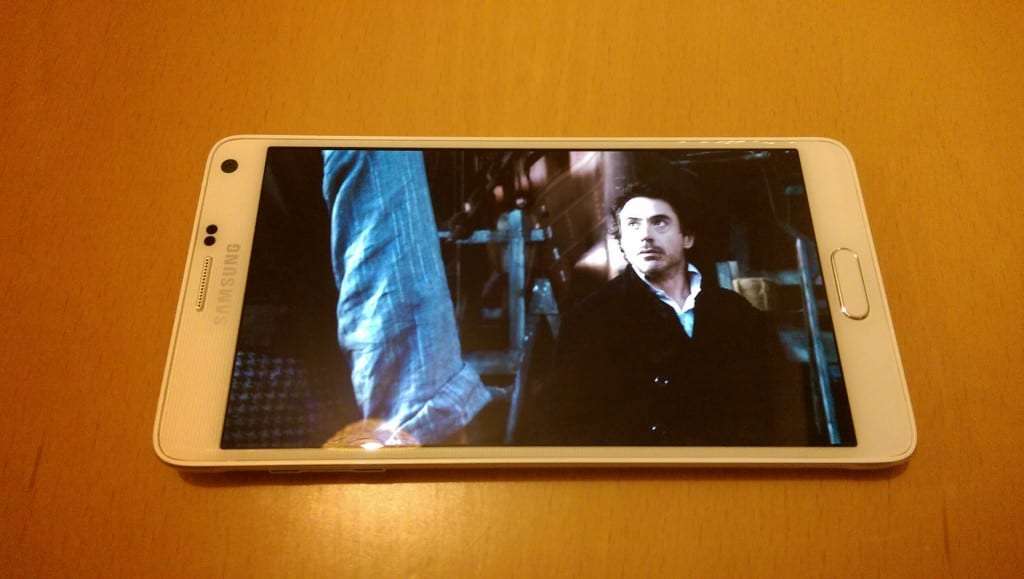 The Note 4’s screen is simply stunning, end of. It’s a 5.7″ quad HD super AMOLED display that is incredible to look at and view content on. Watching HD videos on this device is a joy and I found myself creating excuses just to pick it up and use the device just to look at the screen, it’s that good. Viewing angles are equally as good and it gives you the ability to reduce the brightness down to almost zero which is a nice touch if you’re doing some late-night social network bingeing in bed and you don’t want to be blinded by the screen. The super AMOLED also gives you the best black levels possible and add to the overall ‘wow factor’ of the screen. 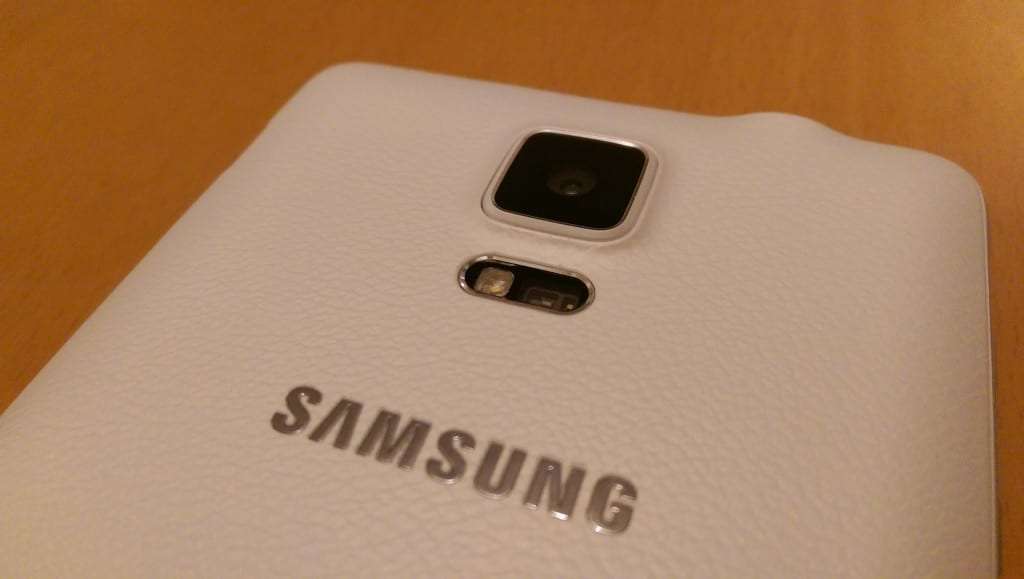 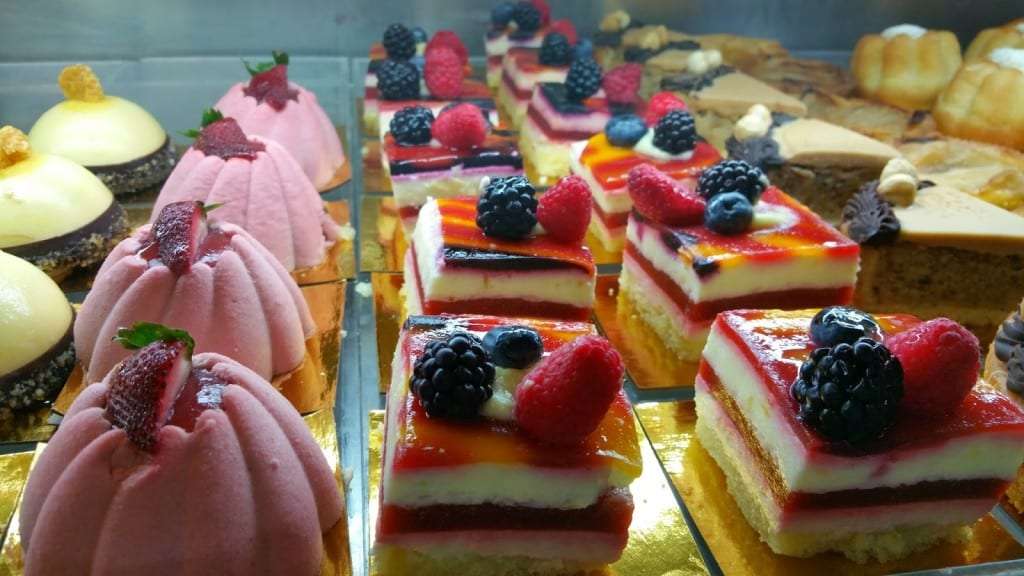 The Note 4 has a 16MP rear-facing camera that is capable to capture 4K video also an we were extremely impressed by its overall performance. The level of detail we were able to capture with this shooter was staggering and with the Note 4’s super high-res display, we could see every detail right on the devices display. The 4K video capture functionality is also impressive although there is still some advancements to be made to allow the users to capture 4K footage in any setting they want but we may be asking too much too soon. There are also a slew of options and settings for the camera and video recorder that are sure to please any photo editing fanatics. 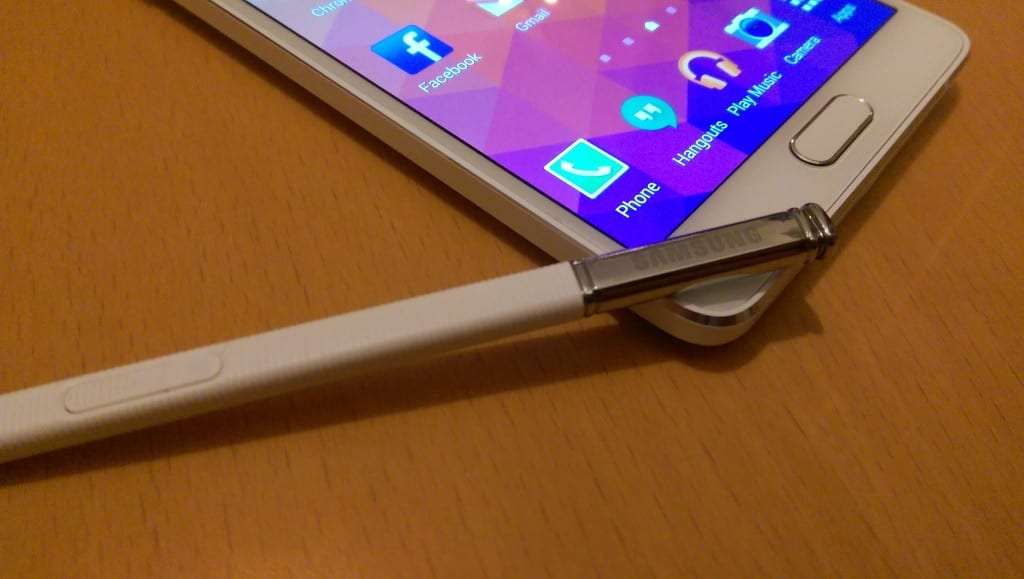 We found the Note 4’s battery to be better than average and considering the screen it has to power, we were really impressed by its performance overall. There are the ubiquitous power saving settings which give you that little bit of extra juice if you need it but on average, we were able to get through a day of fairly heavy usage without looking for a power socket

The Note 4 runs Samsung’s TouchWiz on top of Android 4.4 (with an upgrade to 5.0 coming soon) and has gone through numerous iterations over the last few years and we’re liking where the UI is right now. The Note’s multiwindow and multitasking options are fantastic and make it hard to move back to a smaller screen that doesn’t have the same options. Other areas like the dropdown menu may need a tiny little bit more tweaking but we’re happy with TouchWiz and the way it’s implemented on the Note 4’s huge screen. 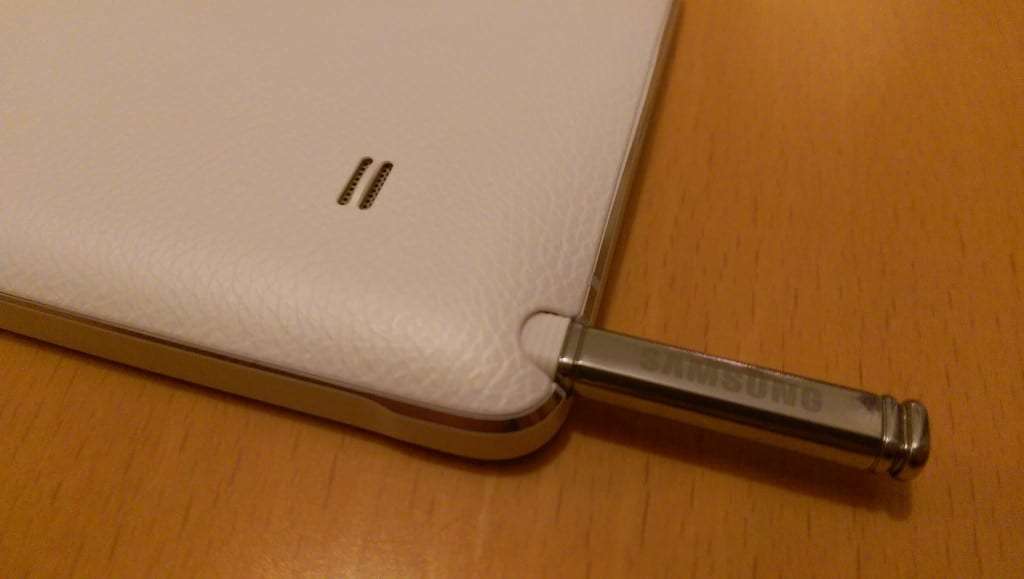 Having played with the Note 4 for a couple of days now, I will definitely find it hard to return to a smaller, and more importantly, lower resolution screen. I know there isn’t mountains of 4K content out there to truly appreciate the sheer pixel count of this beautiful display but even day-to-day use was that more enjoyable on such a large and super-sharp display. The multitasking and multiwindow features are another selling point for the phone and the fact the the S Pen is implemented into many of the native apps doesn’t make it feel like an after-thought like many other stylus-wielding devices out there. The Samsung Galaxy Note 4 really is one of the best phablets on the market right now.