If you picked up the Halo Master Chief collection (which we very nearly gave a ten) then you have access to the Halo 5 multiplayer beta. 343 Industries (the developer behind it) have been pretty smart with the beta as they’ve updated it every week to keep players engaged and get tons of feedback and oh boy, Halo fans certainly have a lot of changes to give feedback on. As the beta is very nearly over, we’ve collected our thoughts on it for you. 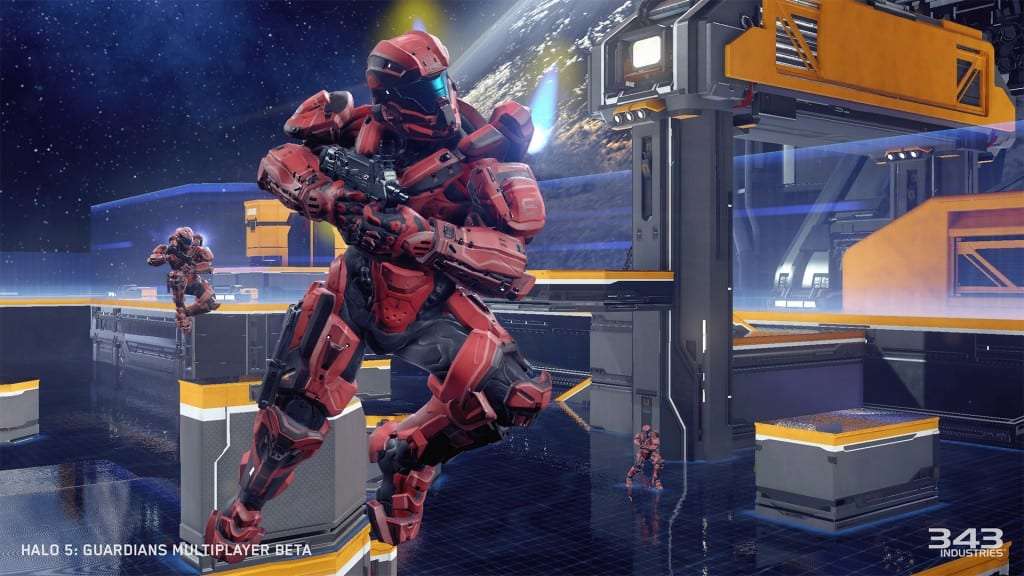 Halo 5 runs on a brand new engine putting out 720p resolution in glorious 60 frames per second. Bear in mind, the resolution will be upped for the final release according to 343. The game looks fantastic in motion and really will sit as one of the best looking (if not the best) multiplayer games on the Xbox. Single player is another matter but we’re sure 343 will be showing off more of that over the coming months. The game is surprisingly fast now (which we’ll talk more about later) but it’s also surprisingly more aggressive. Through faster gameplay and more close quarter melee attacks, it’s flipped Halo on it’s head. 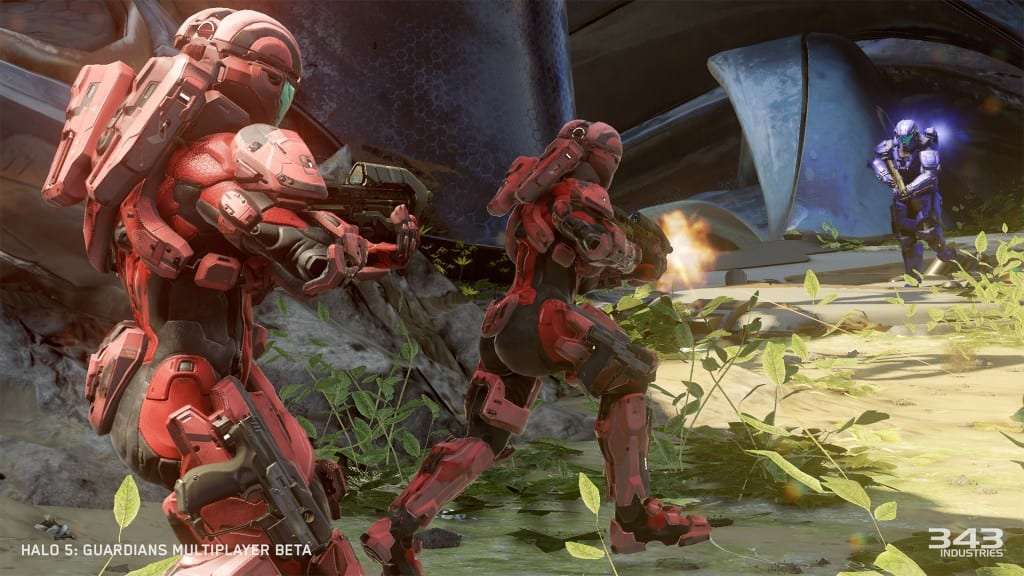 It’s really the first thing that hits you. Halo got fast. You now zoom across the map and you’re far more agile than in previous entries with boosts (think Advanced Warfare single style boosts out of danger), unlimited sprinting, ground-thumping and mantling objects. 343 have been quite clever with this as if you sprint, you can’t regenerate health. This means you’ll be making mad-dashes to safety when you’re on low health and that sounds pretty fun to us. In practice, it really is. With Destiny (developed by the previous developers of Halo) receiving a lot of praise for it’s faster, slicker gameplay, it was obvious Halo would need to change to stay relevant to a new generation of gamers and consoles. It’s fantastic to see Halo has changed (for the better, we think).

It’s really a lot more like Call of Duty.. 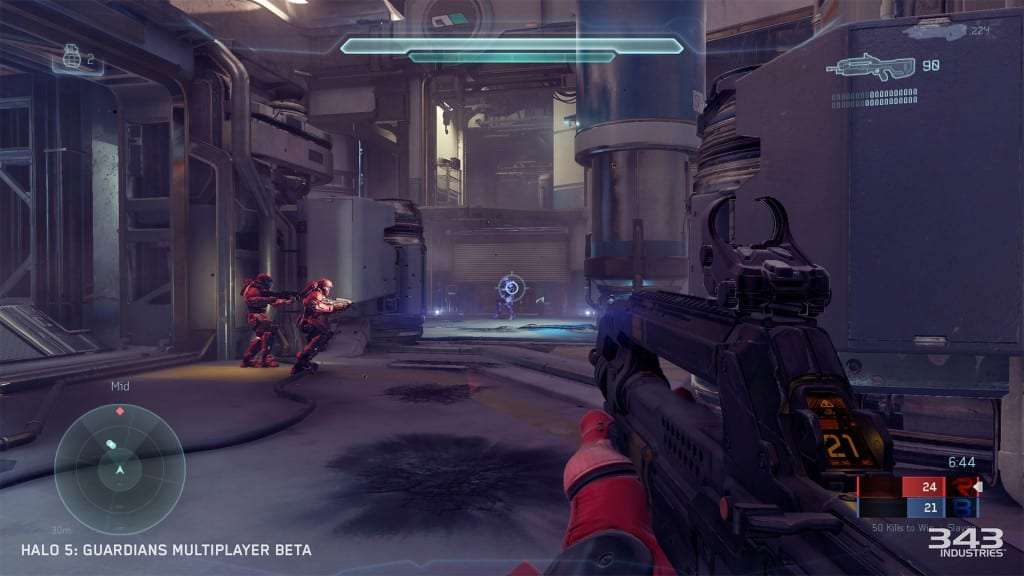 We’ll be honest, the lines between Halo and COD have been blurring the more sci-fi COD got but this time, 343 are starting to edge towards the Activision series. For a start, you can now aim down the sights with the left trigger. However, you’re not going to find any accuracy benefits to this as you would in Call of Duty. Plus, if you get shot at, you’ll zoom back out into normal view which is incredibly jarring (intentionally so we think) and really can make the difference between living or dying. It’s a neat tactic to ensure the game’s flow doesn’t sway too much towards long distance gun-fights. The game even features the same ‘boost to the ground’ while in the air melee move from Advanced Warfare.

In fact, the default control scheme is incredibly similar to COD too. It sounds like a Halo fan’s nightmare but it really is optional and it’s going to make Halo more accessible to a ton of gamers which is no bad thing in our opinion! 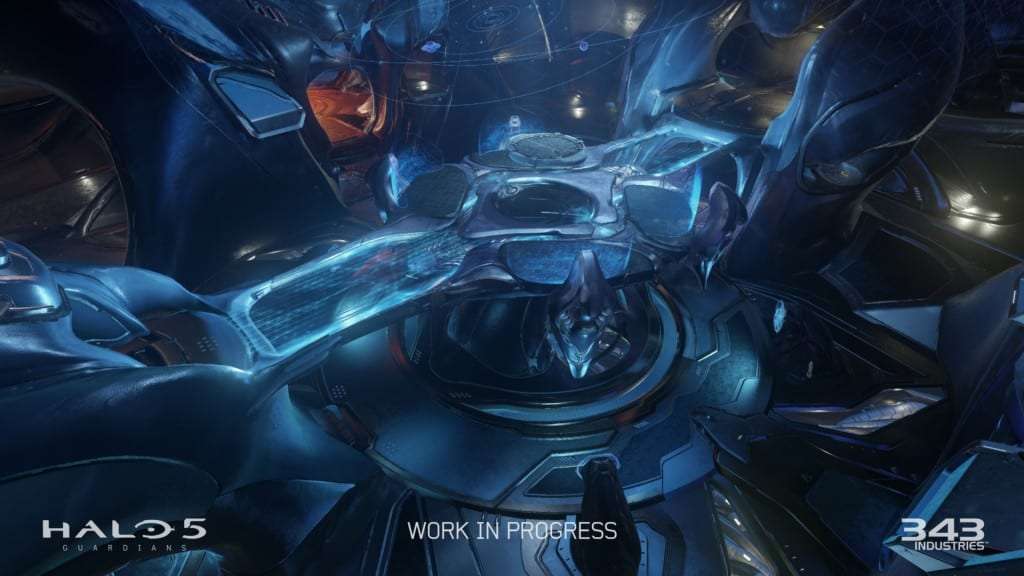 Make no mistakes, take away the shiny new graphics, the modified controls and abilities and you’ve still got the quintessential Halo multiplayer underneath. It’s that little bit tighter, most of the old tricks and tactics still work like a charm and it’s ultimately still brilliant fun to play. The new additions don’t feel like they are spoiling anything that’s really important. Has Halo changed? Most definitely. For Halo’s next-gen debut, what more could you ask for? It’s still recognisable though. It’s a bit like moving from a primary school to a secondary school. Yes, there are new surroundings, new challenges and new lessons to learn but at the end of the day it’s still a school. Halo is still that beautiful game of old, it’s just got a few more lessons for you to learn.

What did you think of the beta? Let us know in the comments below or on our Facebook or Twitter pages. Don’t forget to subscribe to our YouTube channel for reviews, previews, hands-ons and more.