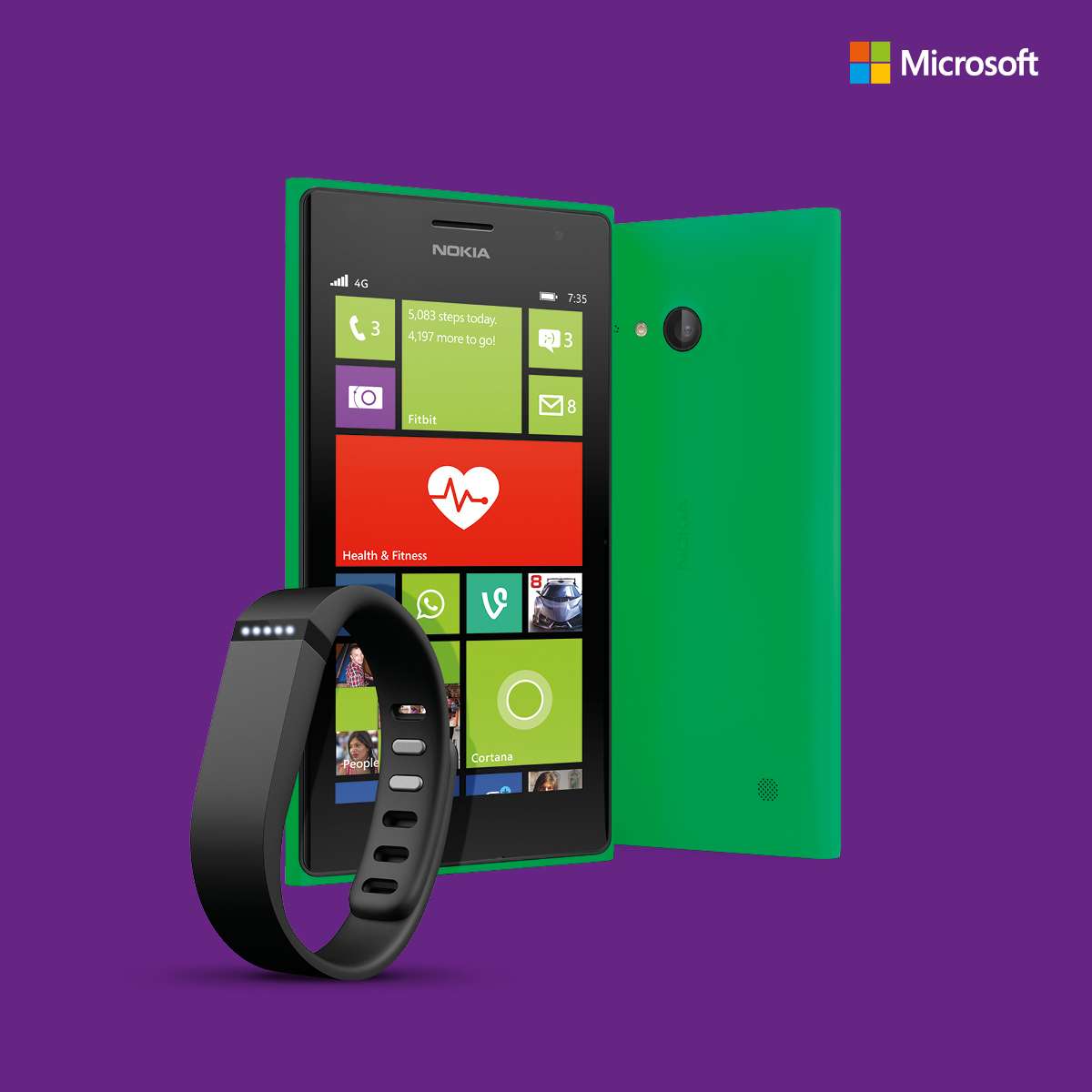 Microsoft are offering a free Fitbit Flex tracker to anyone who buys either a Lumia 930, 830 or 735 device between now and March 31st.

Once you get your phone home and set up, simply download the Fitbit Gift app and that will walk you through the steps on claiming your free Fitbit Flex.

The three Lumias included in the promotion are great phones in their own right, each one of them aimed at a different price point and the Fitbit Flex is one of the most popular fitness and sleep trackers in the world.

You can check out our reviews of the Lumia 930, Lumia 735 and Fitbit Flex if you want to know more.

The full press release and more importantly, list of participating retailers is below. 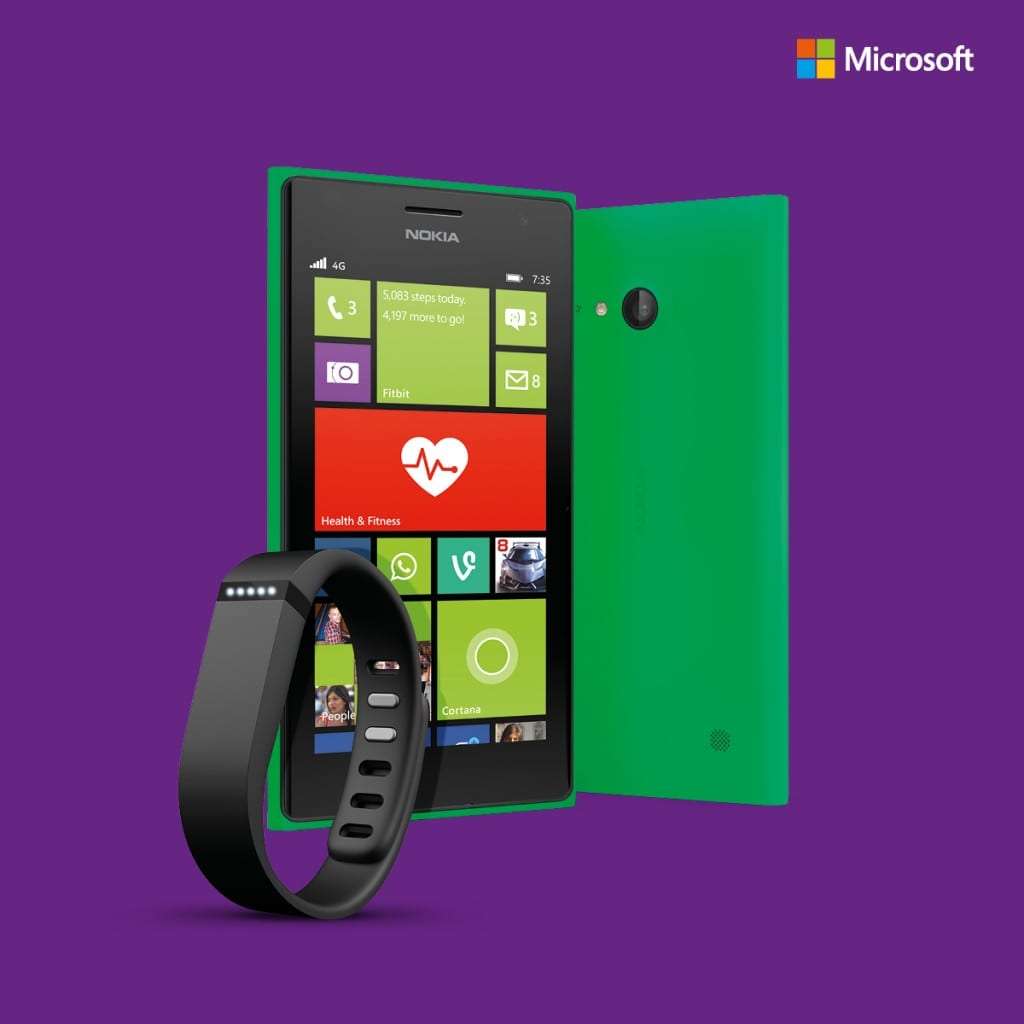 Are you guilty of making New Year resolutions and then not sticking to them? Is one of these resolutions a healthier, more active you? Or perhaps a more tech and spend savvy outlook? Microsoft Lumia Ireland has teamed up with Fitbit Flex™ to help you #Makeithappen, this year with an incredible promotion that you won’t want to miss. From the 12th January until the 31st of March, Microsoft Lumia Ireland is offering a FREE Fitbit Flex™ (worth €99.99) with any purchase of a Microsoft Lumia 930 / 830 / 735, across all participating Irish retailers.

With an exceptional operating system, streamlined design and renowned camera quality, the Microsoft Lumia devices are coming up top of every tech warrior’s New Year’s wish list. Ranging in an array of bright colours, Microsoft Lumia devices boast spectacular quality display’s, suitable for watching movies, playing games, video chatting and more. Each Microsoft Lumia device is supported by Windows 8.1 and Snapdragon processor, allowing you all the benefits of Skype, Office and OneDrive included as part of the latest and greatest Windows Phone experience, at an affordable price.

The Lumia 735 (from free on Bill pay and starting from €229.99 on prepay) is the first smartphone designed specifically for selfies and Skype video calls meaning you won’t ever have to compromise on quality whilst enjoying a 5 MP front-facing camera and wide-angle lens. Beautifully crafted and easy on the eyes, the Lumia 830 (from free on Bill pay ) is all about syncing and sharing on the go, perfect for the 2015 adventures that await. The Lumia 930 (prices starting from free on bill pay) is the biggest and best of the Windows phones in this range with more storage, longer battery life, full HD display and a 20MP camera for catching that perfect shot.

If Microsoft Lumia’s offerings aren’t already enough, you can now enjoy all these techtacular features and more with a FREE Fitbit Flex™. Just like your Microsoft Lumia device, Fitbit Flex™ is slim, smart, and stylish and designed to be your full time companion, day and night. Sync Flex™ with your Lumia device via the seamless Windows app, helping you to easily monitor your daily activity. During the day keep track of your fitness whilst recording your steps taken, distance travelled and calories burned, while at night the Flex™ monitors your sleep cycle and wakes you at your desired time using its silent alarm, what a dream!

This amazing offer is available from 12th January – 31st March, allowing Microsoft customers to avail of a FREE Fitbit Flex™ (worth €99.99) with any purchase of a Microsoft Lumia 930 / 830 / 735, in selected retailers nationwide. For more information visit Microsoft.com/mobile/fitbit