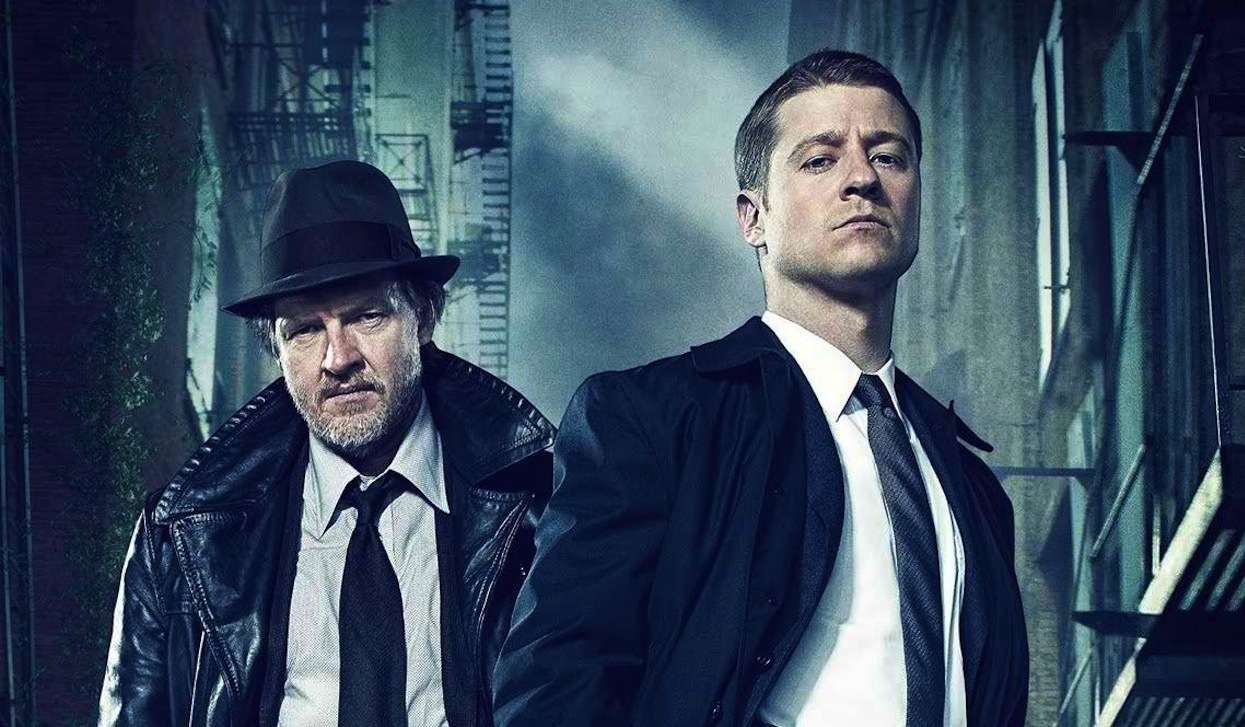 Gotham: This is not a city for nice people!

The pilot episode of Gotham aired on RTÉ2 last Monday, 26th January, bringing the hit series to a wider Irish audience. Up until now only those with access to Channel 5 have been able to get a look at this atmospheric and moody series that has joined the ranks of other DC TV series on offer such as Constantine, Arrow and the Flash. Now with the show on RTÉ2 we’re looking forward to episode two “Selina Kyle” airing Monday night, 2nd  February, at 9pm. You can check out our thoughts on the pilot episode one below.

The show’s basic premise hinges on Gotham before the Batman and the events that ultimately drag the city of Gotham into a chaotic and crime-ridden world. As show creator Bruno Heller (The Mentalist, Rome) points out the series aims to take the viewer down the path that shows exactly why Gotham comes to need a Dark Knight, a caped crusader, to defend the city. The descent of Gotham into violence, corruption and anarchy is viewed primarily through the young and inexperienced Detective Jim Gordon, played by Ben McKenzie; but this view of Gotham is widened through the lens of the Gotham City Police Department (G.C.P.D.) and the inhabitants of Gotham, which include a young Bruce Wayne. 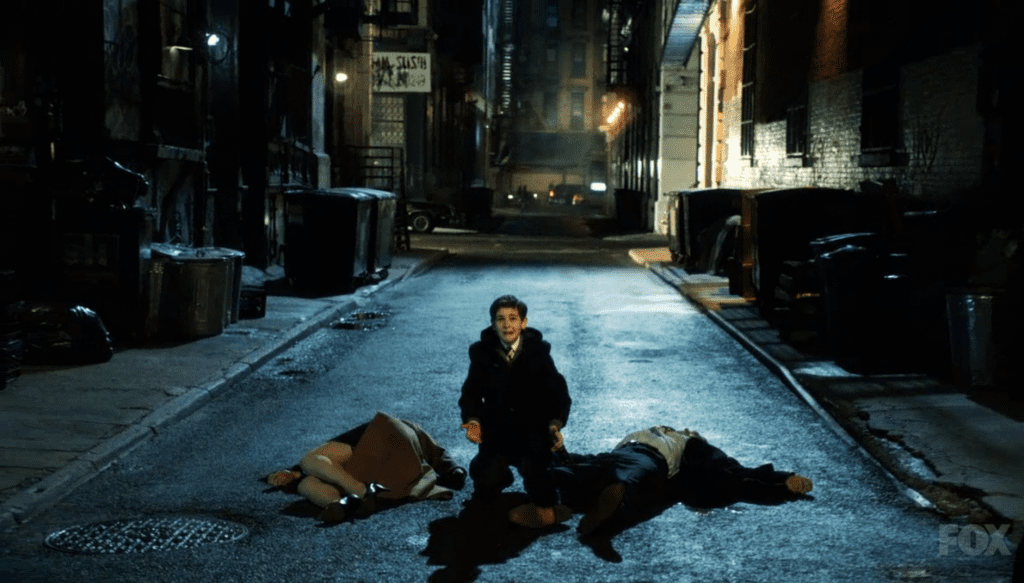 The Wayne’s murder provides the jump-off point, by way of the investigation by Jim Gordon and his partner Harvey Bullock (Donal Logue), to the wider tensions in the city and the ensuing power struggle that is about to begin between the crime families in Gotham. Carmine Falcone, played by the superb John Doman (The Wire), hints at the balance and order lost in Gotham as a result of the Wayne’s deaths. He warns Jim of the war and chaos that will take its place, as he states “There can be no organised crime without law and order”. This is a powerful scene that hints at the unconventional criminals (or villains) set to emerge in Gotham. Jim in his response to Falcone is shown to be a conflicted hero that has doubts, sometimes makes the wrong decision and will take him time to find his feet in Gotham. I’m looking forward to that journey of how Jim establishes himself in Gotham and in the G.C.P.D. 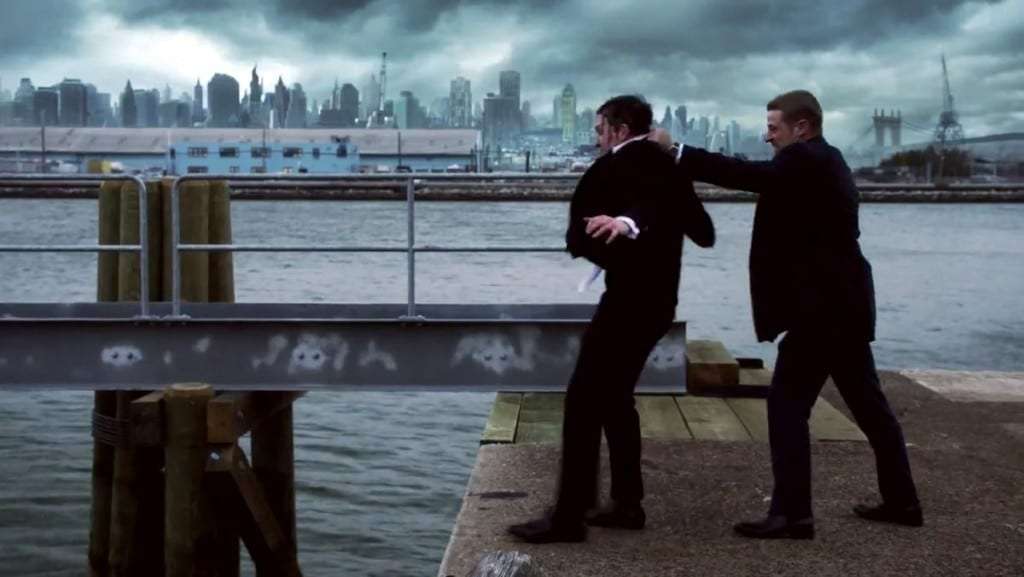 In many ways this pilot episode serves to introduce the city of Gotham and make it part of the cast. In this sense director and executive producer Danny Cannon (CSI, Nikita) has realised a beautifully dark tone and style to the show, which in moments can become swathed with vibrant neon colours that adds a seductive and sensual quality to life in Gotham. The city feels lived in and that is no doubt down to the use of New York as its backdrop (Gotham is indeed New York; and New York is Gotham), but also the multiple and diverse characters that inhabit the world and that we’re introduced to in the pilot add a richness to the city. 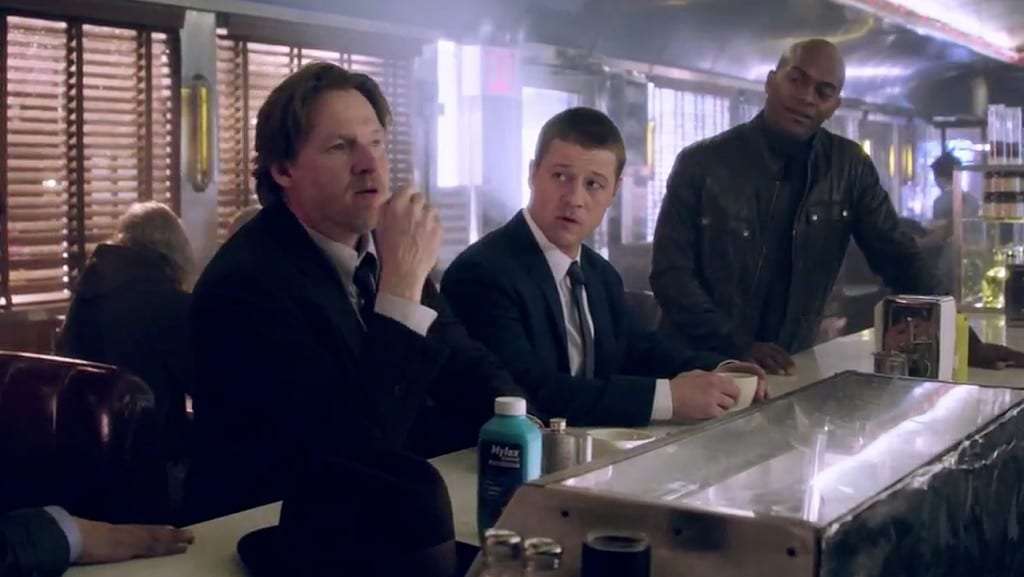 In David Mazouz, the show has an excellent young Bruce Wayne who manages to pull-off the angst of a young adolescent but also the gravity, responsibility and grief at the loss of his parents. The pilot opens with this iconic murder scene and immediately we have a city of Gotham that is both familiar to fans of the comics, graphic novels and films, but also one that will add to the canon and background of Batman and his acquaintances, adversaries and city. The murder of the Wayne’s provides a violent crucible for the show’s beginning and depicts a much bloodier version of their deaths than has been seen in the more recent past. The reaction of Bruce Wayne feels natural as his heart felt scream is realised with terror and shock at the events that have unfolded in front of him. We are also treated to a new development of this familiar crime scene in the form of a young witness called Selina Kyle (played by newcomer Cameron Bicondova). Finally, in the aftermath Bruce is joined by Alfred Pennyworth (Sean Pertwee) who is given a deeper dimension, previously unseen on the screen, as a protector and guardian with a military past and an awkward parenting style; their on-screen chemistry is perfect. 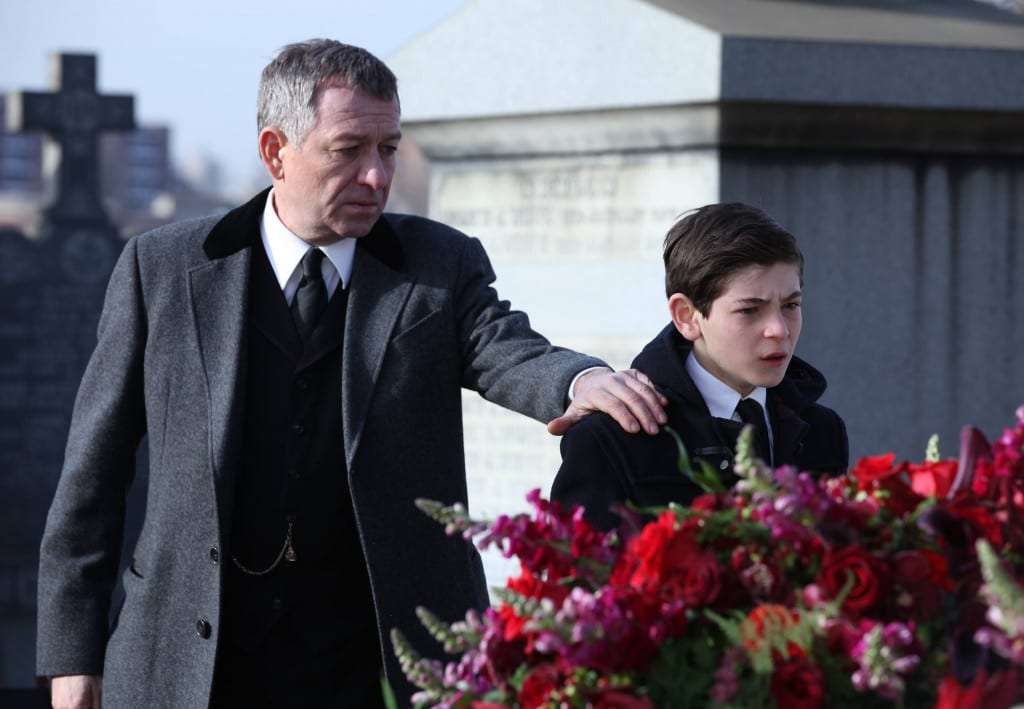 The subtle changes and additions to these iconic events in Gotham are conscious decisions by the creators and producers, which is ballsy and also extend to the characters. Whether it is fleshing out the origins of well-known characters, such as Oswald Cobblepott (Robin Lord Taylor) or Ivy Pepper (played by Irish actress Claire Foley) or realising new characters such as Jada Pinkett Smith’s Fish Mooney, these are exciting developments that I hope will leave their mark on the world of Gotham but also in the wider, creative DC universe.

Of particular note is Oswald Cobblepot, played by Robin Lord Taylor. He is mesmerising in this role as he infuses the inexperienced Cobblepot with so much scheming, conniving and snivelling, both as a snitch to the Major Crimes Unit (M.C.U.) and as a traitorous right-hand man to the even more traitorous Fish Mooney. He is simply a joy to watch and must surely be viewed as one of the break-out stars of this show. 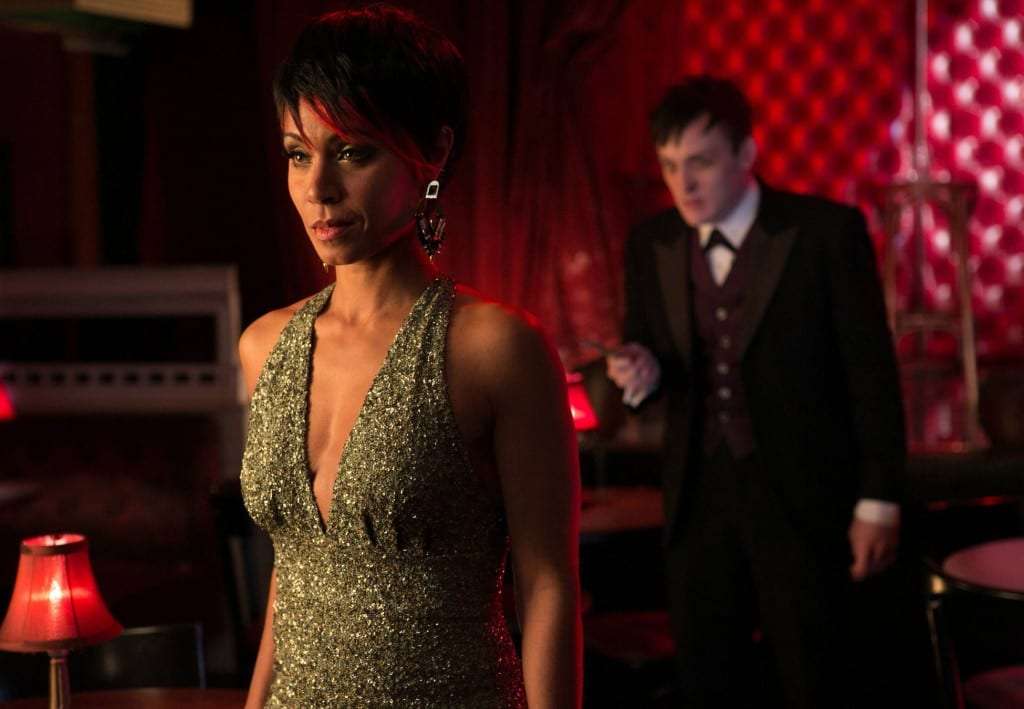 Overall the pilot was an excellent establishing episode that built the characters, tone and feel of the show for future episodes. Whilst sometimes the weight of fitting so much plot with so many characters within the one hour timeframe showed, the story of Gotham descending into chaos from the death of the Wayne’s murder was really intruiging. The involvement of the mobsters and especially the slimy and unsettling Oswald Cobblepot is excellent, with Robin Lord Taylor and John Doman both giving excellent performances. Other character elements were also great to see with The G.C.P.D and the M.C.U. both being well represented and the on-screen relationship between the young Bruce and Alfred being judged expertly by David Mazouz and Sean Pertwee. How these different strands come together and unfold over the next twenty-one episodes will be fascinating. Also given the hopelessness of Oswald’s situation by the end of episode one, we can’t wait to see how the Penguin rises!

If you want to find out some more about the characters of Gotham, you can check out our interview with the M.C.U. – Victoria Cartagena and Andrew Stewart-Jones – and our NYCC interviews with the other members of the cast and creators of Gotham; and for a more in-depth look at the pilot episode check out the review podcast by our friends over at Gotham TV Podcast.

The good. The evil. The beginning.