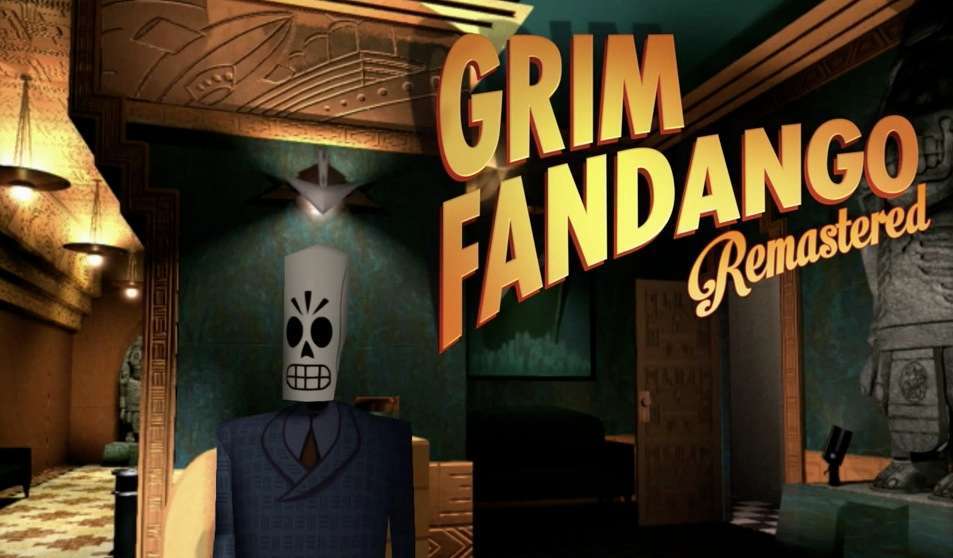 A game about the dead has returned from the er…dead? The original grim was somewhat of a cult classic. Released in a year, 1998, that saw titles such as Half Life launched, it may have been slightly over looked. 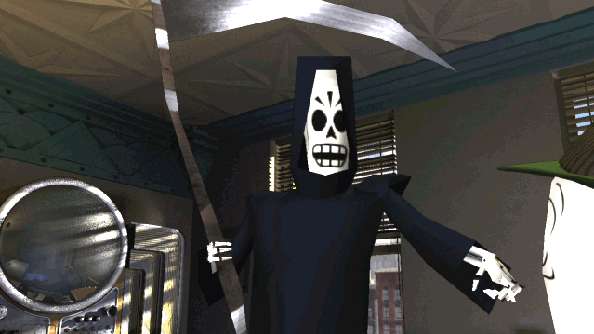 For those who didn’t play the original, the concept is fun and based on Mexican myths. You play Manny, a salesman for the Department of Death who must sell travel packages to lost souls so they can travel from the 8th underworld to the land of the dead. The packages range from walking, to the unsurpassed ticket on the number 9 train. 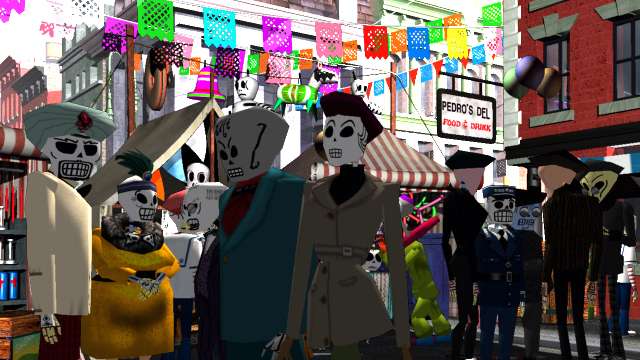 What made the original great was a combination of beautifully designed backdrops, clever gameplay and witty dialogue. A very rare trio to find in most modern games so it’s refreshing to see it return in its remastered form.

The trouble with most remastered games is that there is an attempt to do too much. Upgrade the graphics, make the controls more intuitive and maybe even add new content. Thankfully, this hasn’t been done here. The game runs in a simple 4×3 window, resolution has of course been upgraded and graphics are improved but they’re not pushed to the point that the game looks unusual, with active characters being HD and backdrops pixelated. Everything blends nicely, there are a few glitches here and there, but nothing that spoils gameplay or causes annoyance. Controls have been largely left alone and kept simple. 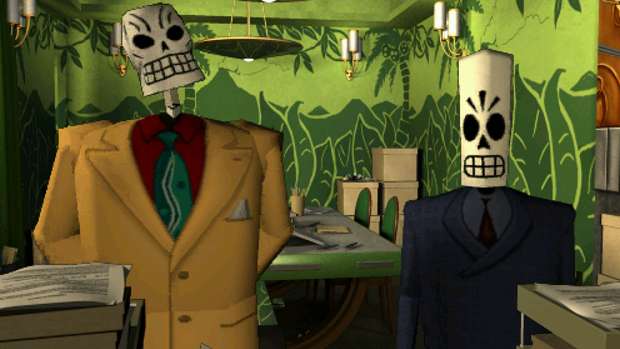 For me, my favourite part of the game is a toss up between the seemingly endless amount of dialogue, which at times is honestly very funny, and the bizarre nature of some of the puzzles you have to solve. When you find yourself on a roof trying to steal pigeon eggs with no success wandering around wondering what could help you will appreciate the thought that went into this game. Especially when you realise you have some bread and a balloon in the shape of a cat *hint hint*

Overall, it is a really enjoyable game to play and a welcome break from the annual sports titles and repetitive first person shooters. I’m all for remasters when they’re executed like this and I would love to see more games that push players to think outside the box the way Grim does.