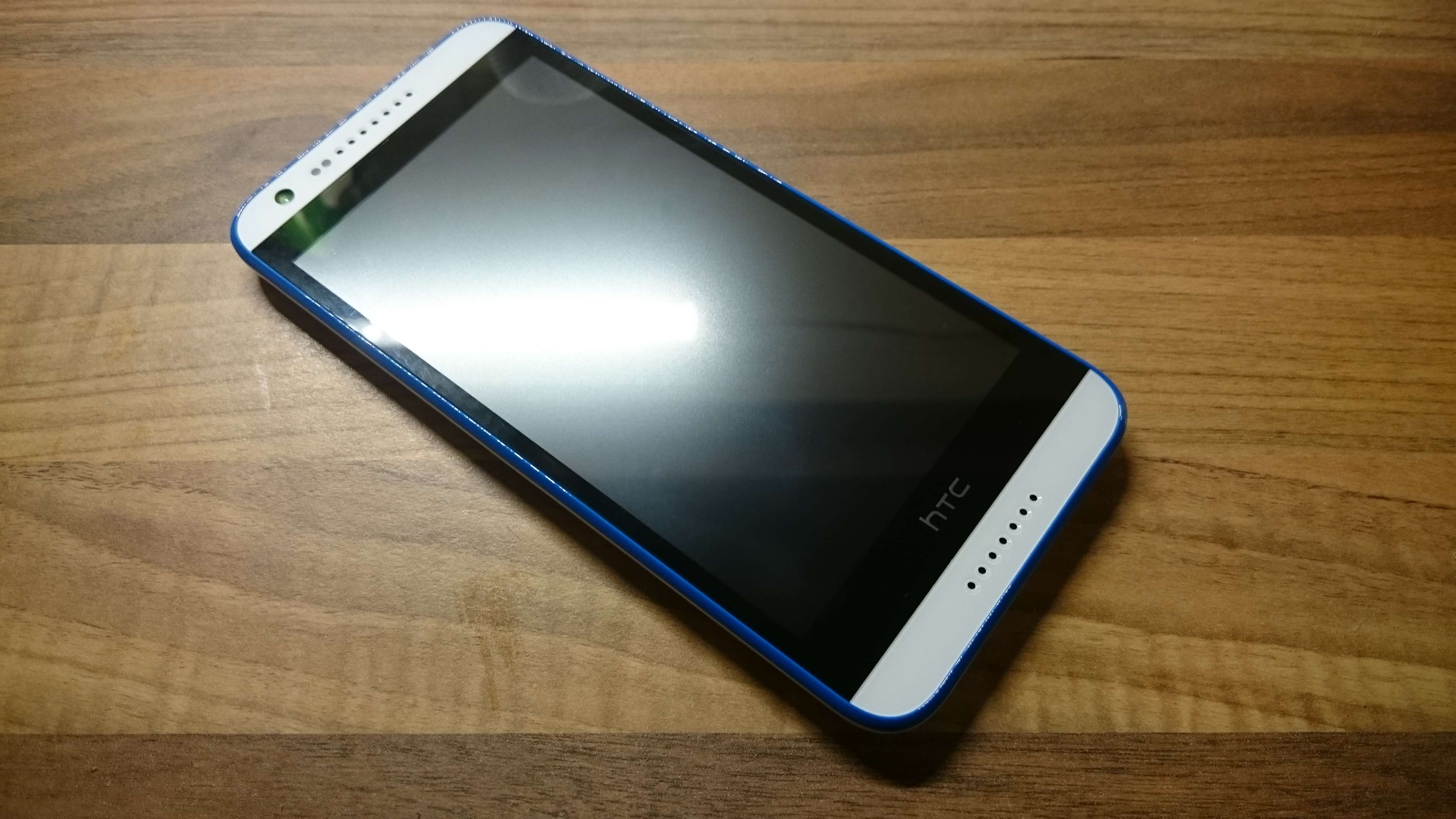 HTC have launched an update to the popular Desire 610, and it’s the aptly named Desire 620. The new phone is a moderate update to the 610 with the main updates being the screen and the cameras. The Desire 620 now features a 5inch 720p Screen, 5mp front facing ‘selfie’ camera and an 8pm rear camera. 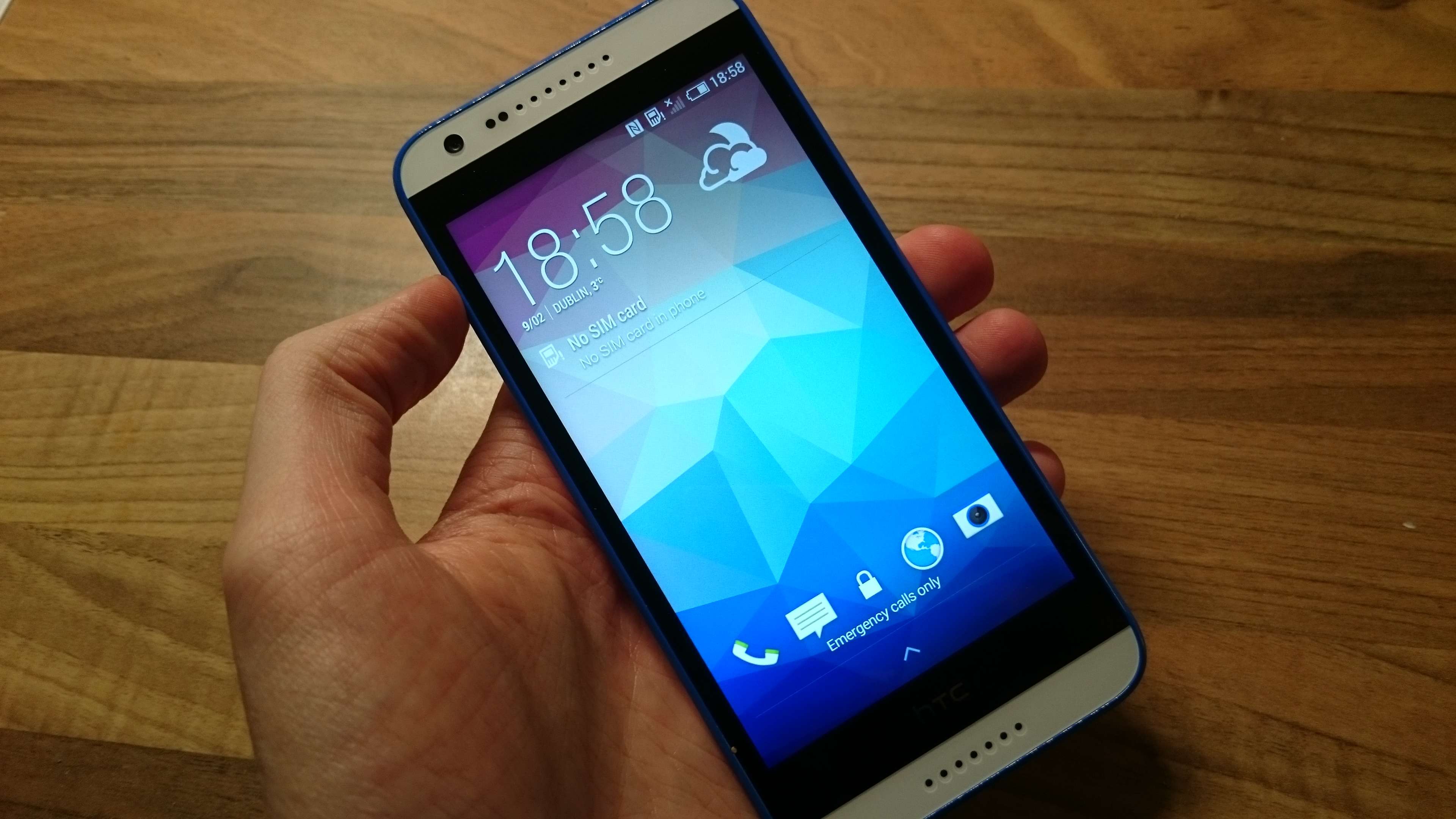 In terms of the hardware, it’s is a good looking phone. The review model we got was the white and blue variation. from the front, you can see the stereo speakers in white at the top and bottom of the screen and around the ege of the screen is a glossy blue border. Which we thought was really quite attractive. The back of the phone is a glossy white panel with a blue HTC logo and a blue border around the camera lense.Other than that, not much else to see really. You have the standard power, volume rocker, 3.5mm headphone jack and Micro USB dotted around the edges. Unusually for a HTC phone, the back is removable, which when removed, exposes the user replaceable battery along with the MicroSIM and MicroSD card slot. Overall we liked the look and feel of the phone. 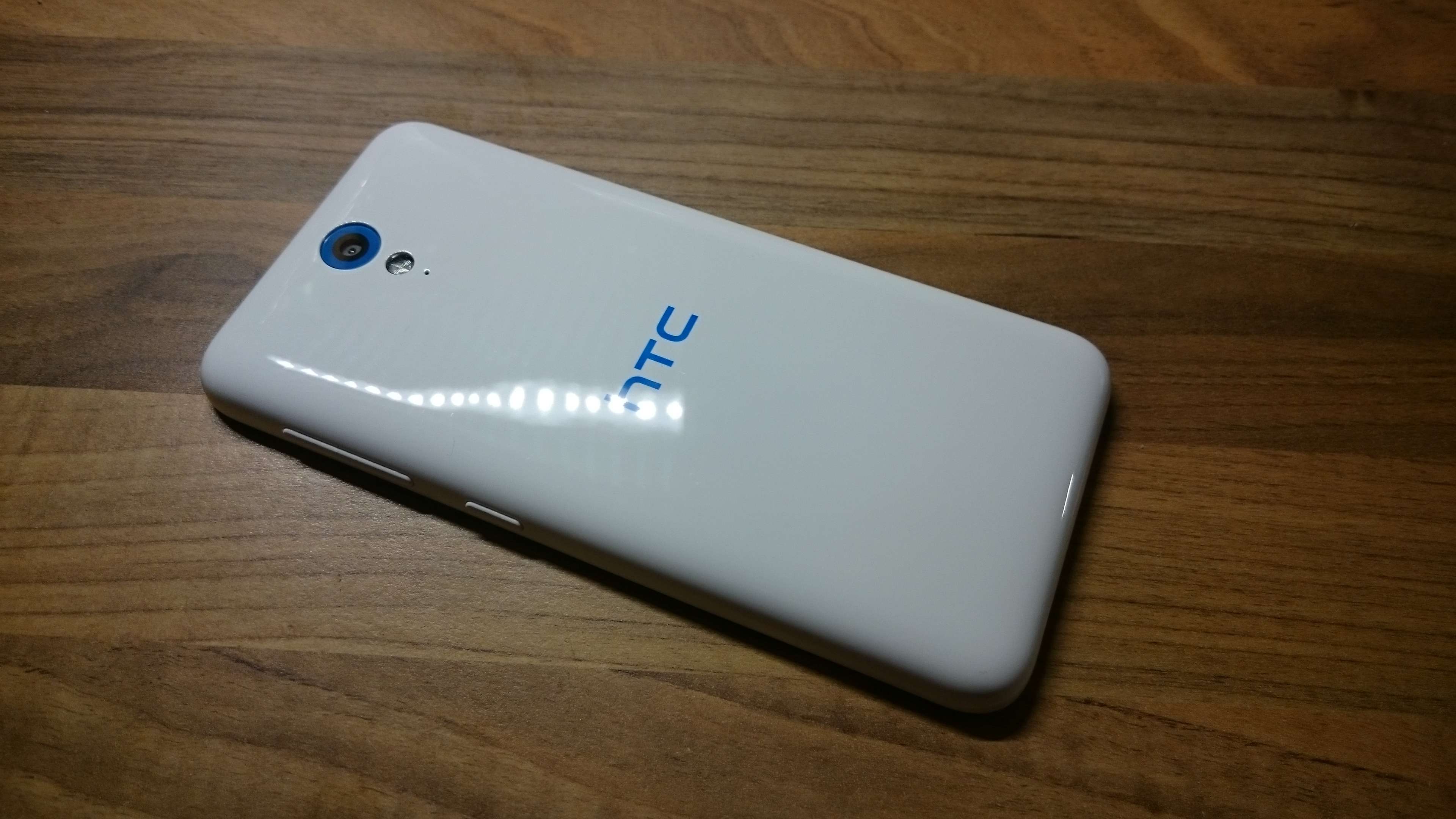 Internally, the Desire 620 is very much a entry to mid-level phone. It has a Snapdragon 410 clocked at 1.2ghz, 1gb of RAM and a 2100mAh battery. In terms of radios, the Desire 620 is 4G ready, has NFC, Bluetooth 4.0 and up to N band wifi.  Being an entry to mid-level phone is by no means a bad thing. You get a lot of phone for you money and you get a very good looking phone as well! 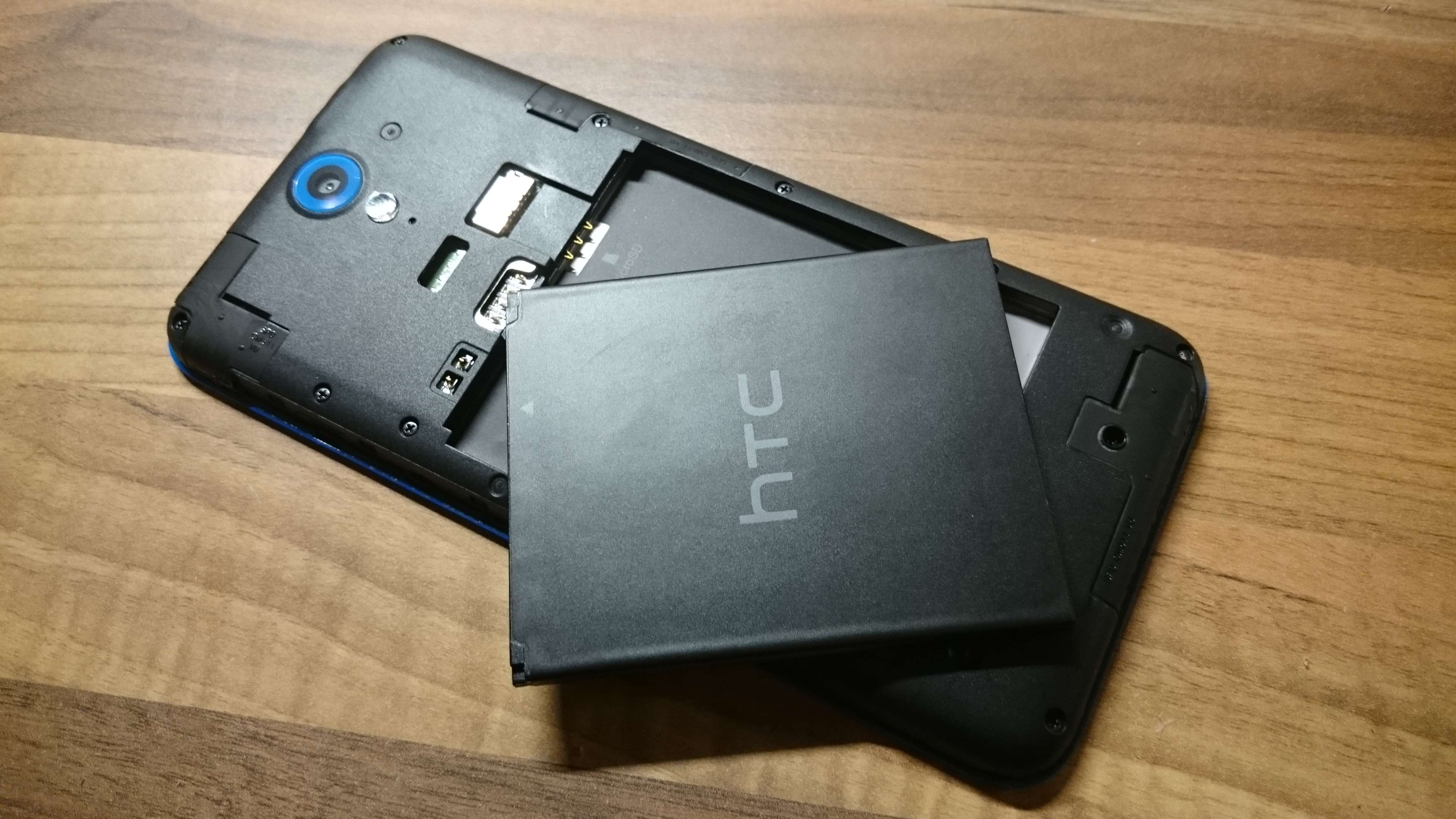 The Desire 620 runs Android 4.4.4 (with Lollipop on the way) and it runs it very well. We very rarely noticed any slow down regardless of the amount of apps open and we felt that apps opened quickly and without hesitation. You get all the usual HTC additions as well… BlinkFeed is one swipe to the left and HTC’s usual gallery and media apps are all on board. Nothing has really changed here since the launch of the M8, but we guess that will change soon now that Lollipop is rolling out. 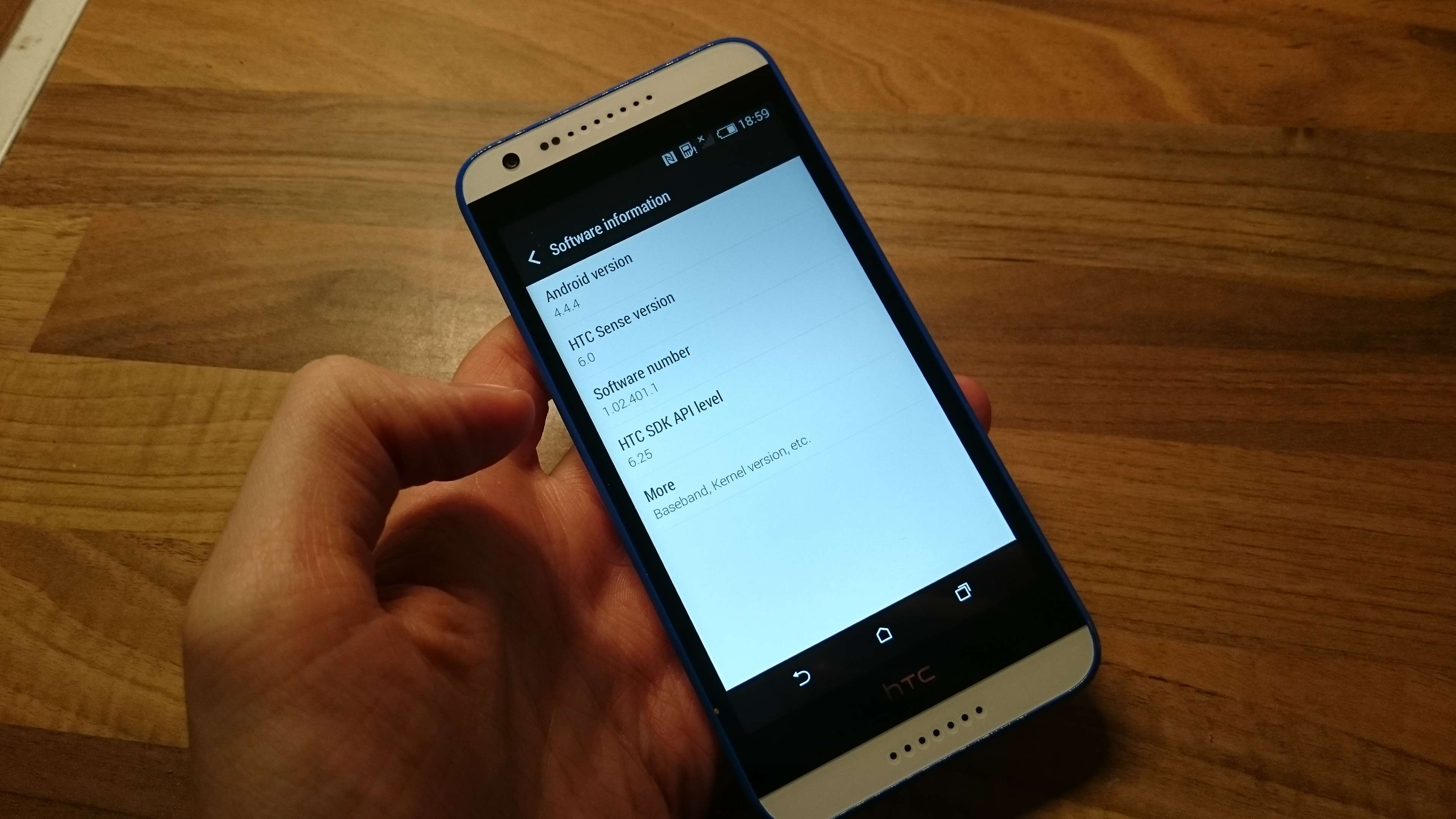 Overall we enjoyed our time with the Desire 620. It’s a wonderfully styled phone that did get a lot of attention. It’s available in 4 colour options: All White, White and Blue, Grey and White or White and Orange. The cameras and screen are a nice update from the Desire 610 and you can even get that wonderful Dot View case for it!

The Desire 620 is available now on selected network starting from 229euro on Pay as you Go.