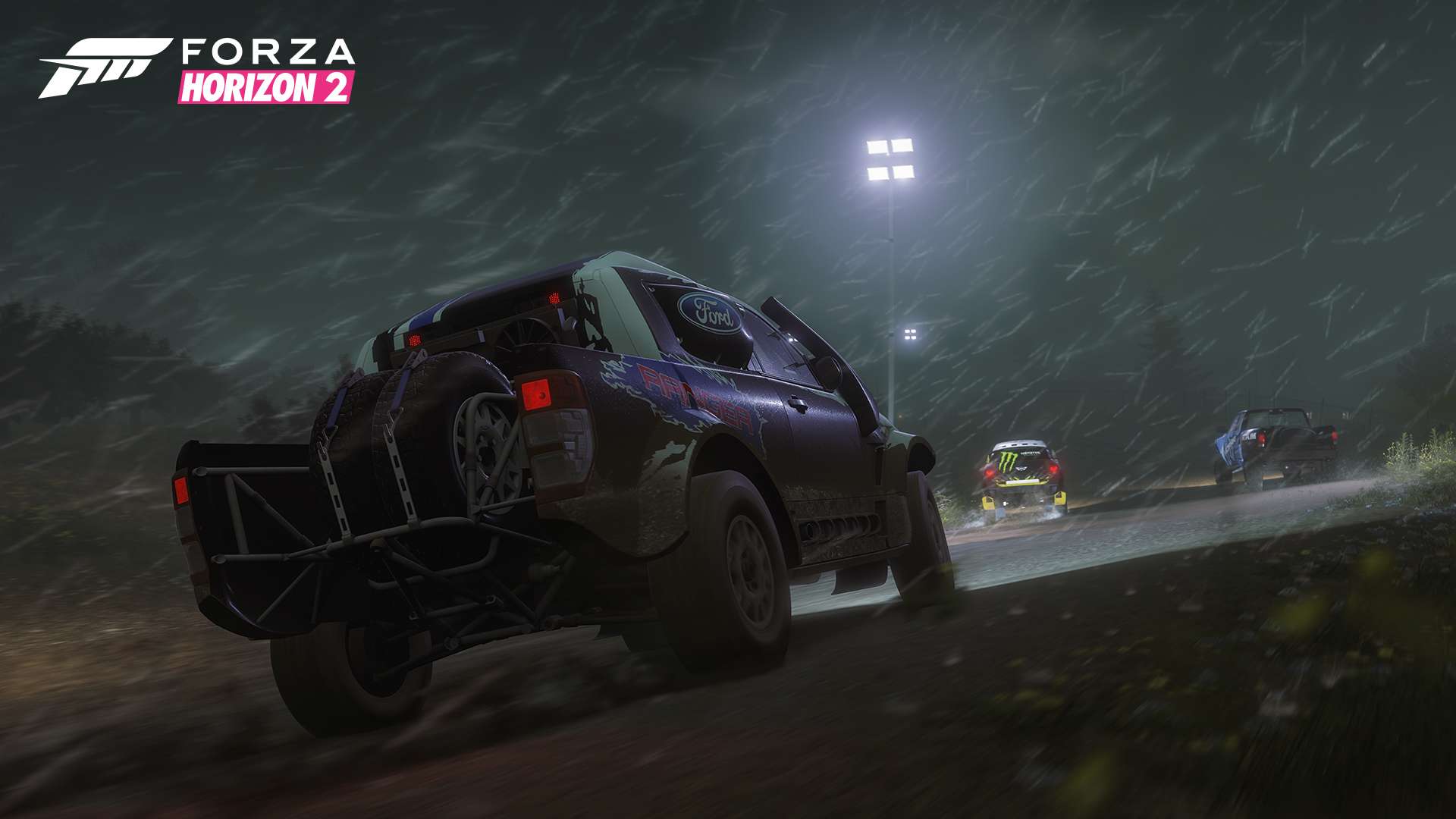 When we reviewed Forza Horizon 2 back in September, we gave it nearly an 8. Our main gripes with the game was the lack of variation, everything felt a bit sterile. With a chance to switch things up, we finally see Playground Studios throw caution to the wind and give us something a bit grittier. Forza Horizon 2 is all the better for it. 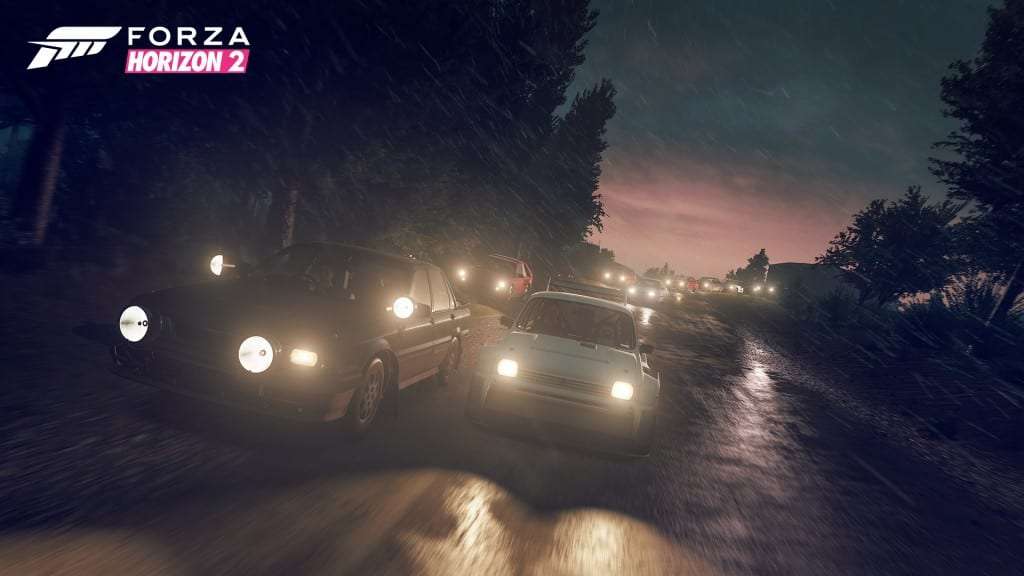 With Storm Island, you guessed it from the name probably, things are a bit different. Storm Island brings extreme weather like torrential rain and fog and mixes this in with massive hills, thick vegetation and many difficult road surfaces making the island sometimes more of a challenge than your opponents. With many races taking place at night or in challenging visibility conditions, this really lets photo mode shine. 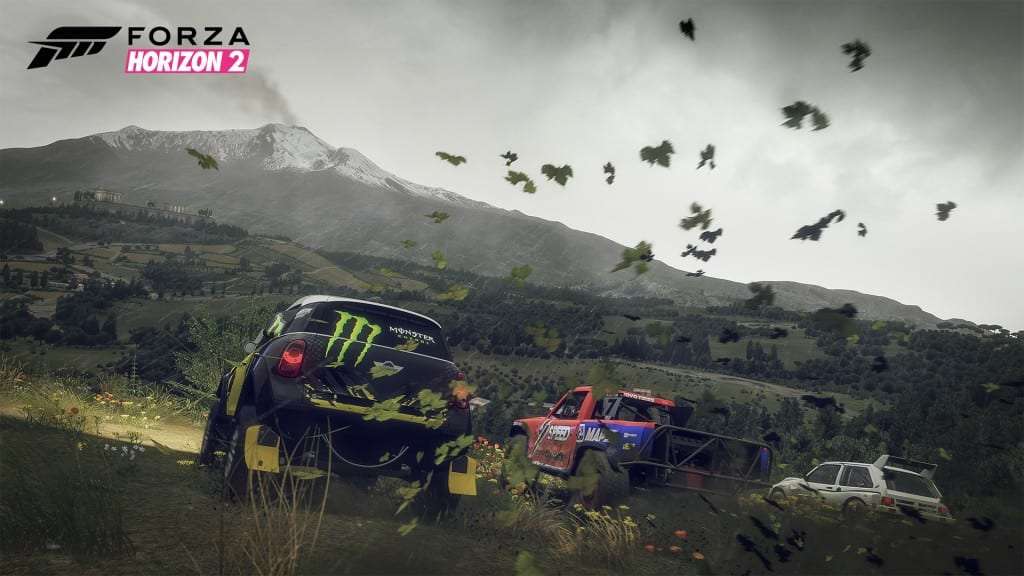 In terms of cars, the DLC also adds six cars and trucks and off-road upgrades which interestingly this time get cheaper as you smash more of the Island’s unique billboards. More importantly, Forza Horizon 2 finally now has some interesting new modes which switch things up. We now have Rampage, Brawl, Extreme Cross Country, Cross Country Circuit, and Gauntlet (my favourite). Gauntlets are testing point to point races on difficult tracks in difficult weather and give you pretty much no help in where to go. It’s difficult but that’s what makes it fun.

As you can possibly tell from our gameplay footage, it’s a mucky Island and it turns out that most vehicles suited to it are rally cars. I think Playground Studios have hit a winner with this as the driving feels fantastic on mud, dirt and gravel. Equal parts slippery but realistic and it made us yearn for more rally action. We think that a rally Forza spin-off wouldn’t be a bad idea, it’d certainly fill a gap in the market with no WRC or Codemasters games on the horizon. 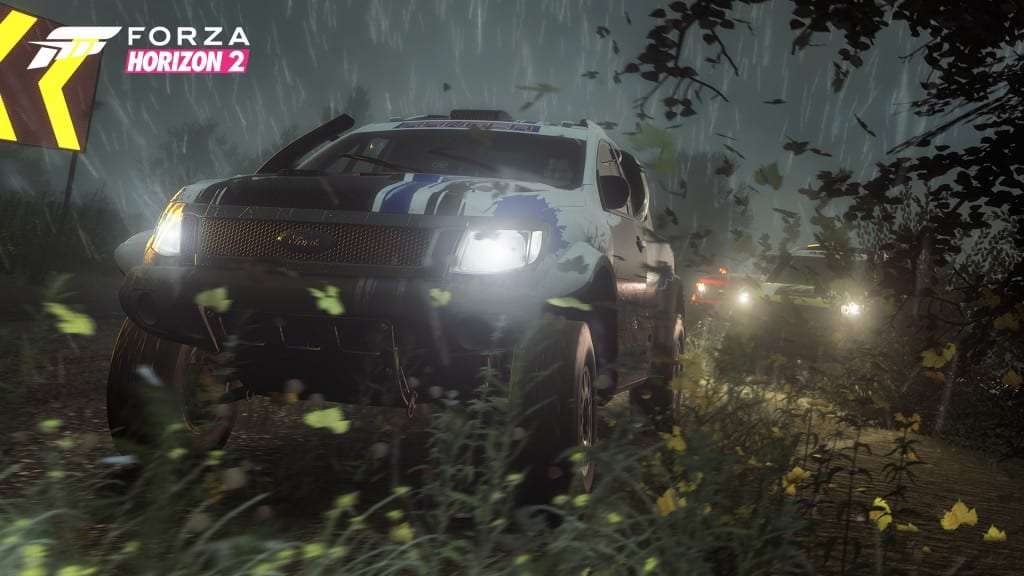 Overall, this is a showcase in how you do DLC. Without even mentioning the extra collectables, improved progression structure and online additions, it’d be a worthy buy. There’s a ton of content and hours of gameplay in there so it’s worth the €19.99.

Forza Horizon 2: Storm Island is available now on the Xbox Store on your Xbox One or online. Forza Horizon 2 VIP owners will receive a 50 percent discount on the expansion, making the price just €10 for VIP members.

The DLC code was provided by Microsoft for review.