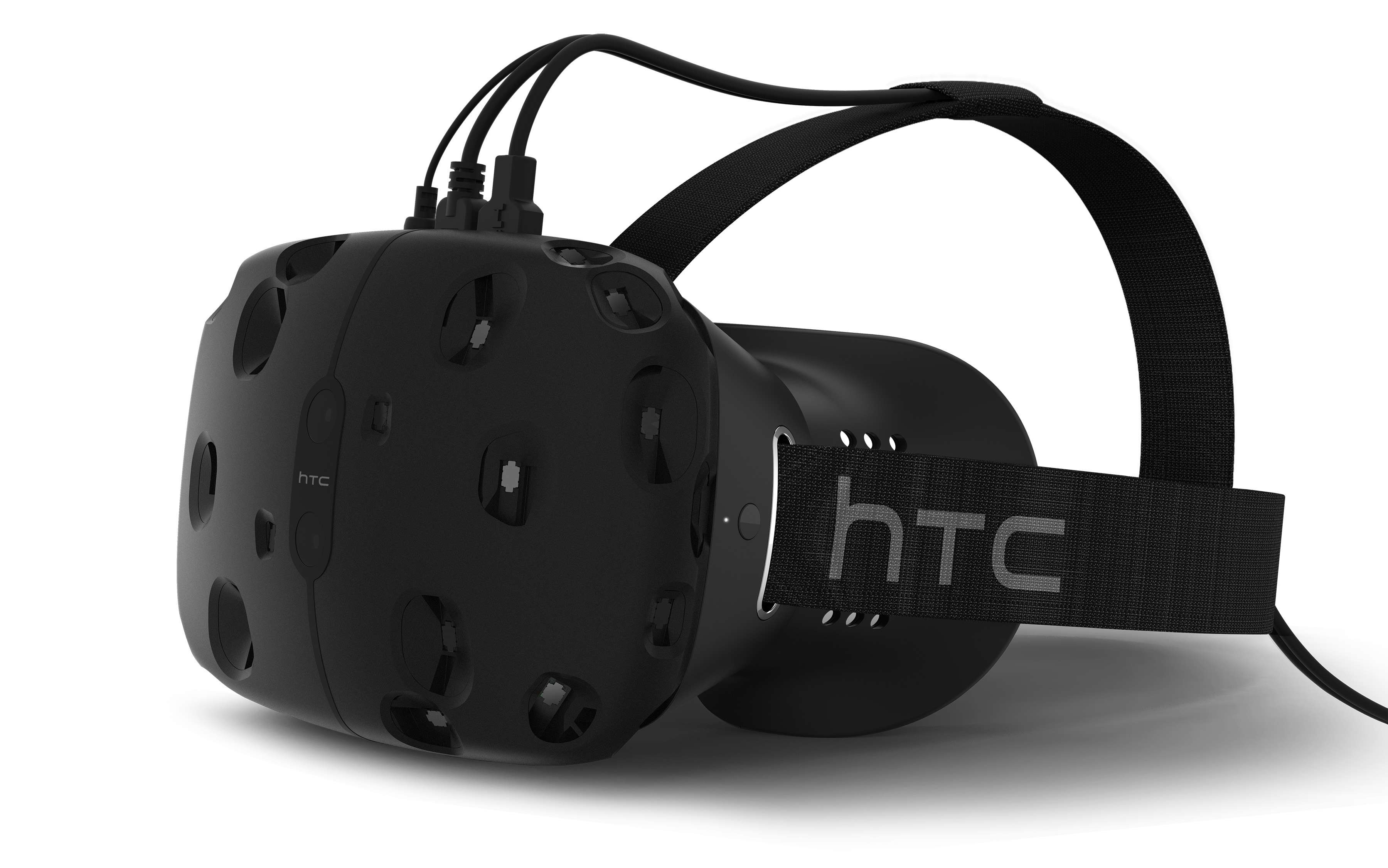 Well this was a turn up for the books. HTC have just announced at MWC 2015 in Barcelona that they are entering the virtual reality arena with the announcement of the HTC Vive VR headset in partnership with Valve. (who original created and worked on the Oculus Rift before selling it to Facebook for $2billion.)

With the recent rumours around Steam VR being announced and the developer sign-up page going live, the internet was abuzz with the question; who’s going to make the hardware? Well I guess that question has been answered. HTC are looking to show what they can do in the VR space with this brand new, state of the art, headset that will also come with two HTC Steam VR controllers to help you interact with the virtual world.

They also announced that they have gotten some big names on board also such as Google, HBO, Lionsgate and Vertigo studios not only for VR gaming projects but interactive experiences we haven’t even managed to think of yet.

The best thing about this is HTC’s extremely ambitious launch window, they want to have the HTC Vive in consumers’ hands by the end of 2015, with the developer editions beginning to ship in the next few months. We must admit, we’re extremely excited by this product and really can’t wait to see where HTC and Valve go with this. You can find the full official press release for the HTC Vive below and make sure to let us know what you think about the surprising new announcement in the comments below.

Barcelona, Spain, March 1, 2015 – HTC, a pioneer in innovative, smart technologies, today announced plans to bring mass-market virtual reality (VR) one step closer. Through a strategic partnership with Valve, HTC promises to transform the way in which consumers interact with technology and the world around them with the debut of the first end to end virtual reality package powered by Valve’s Steam VR technology. HTC Vive Developer Edition will be launched this Spring, with the consumer edition available by the end of 2015.

Vive combines Valve’s VR tracking and input technologies with HTC’s world-renowned design, setting a new gold standard for an industry that has, until now, struggled to move beyond concept stage.

Peter Chou, CEO of HTC commented, “It’s rare that a company has an opportunity to forever transform the ways in which people interact with the world and communicate with each other. We achieved this once before with our development of smartphone technology and, through our partnership with Valve, we’ll now be doing this for a second time with VR technology of which consumers could only previously dream.”

Vive offers the most immersive experience of any VR package, plunging people into other worlds at a moment’s notice. HTC and Valve have introduced a Full Room Scale 360 Degree Solution with Tracked Controllers, letting you get up, walk around and explore your virtual space, inspect objects from every angle and truly interact with your surroundings. Setting a new benchmark for performance, the headset features  high quality graphics, 90 frames per second video and incredible audio fidelity.

Our collaboration with HTC is driven by the companies’ shared desire to produce the most compelling and complete VR experience,” said Ken Birdwell of Valve. “Delivering content creators with the Vive Developer Edition is an incredibly important milestone in our efforts to achieve that goal.”

While amazing gaming experiences are a staple in the VR universe, the potential beyond gaming is limitless. HTC and Valve are committed to realizing a broader vision for VR and see a real opportunity in transforming everyday experiences. Travel, attending a game, meeting friends or even shopping will never be the same again and the companies are working with leading content creators, including Google, HBO, Lionsgate and the National Palace Museum in Taiwan in order to make that vision a reality.

“Vive creates an exciting opportunity for all developers and content creators, to help us bring virtual reality into the mainstream with an end to end solution that completely redefines how we entertain ourselves, communicate with each other, learn and, eventually, how we become more productive,” Jeff Gattis, Executive Director, Connected Products Division at HTC added. “HTC Vive is real, it’s here and it’ll be ready to go before the start of 2016.”