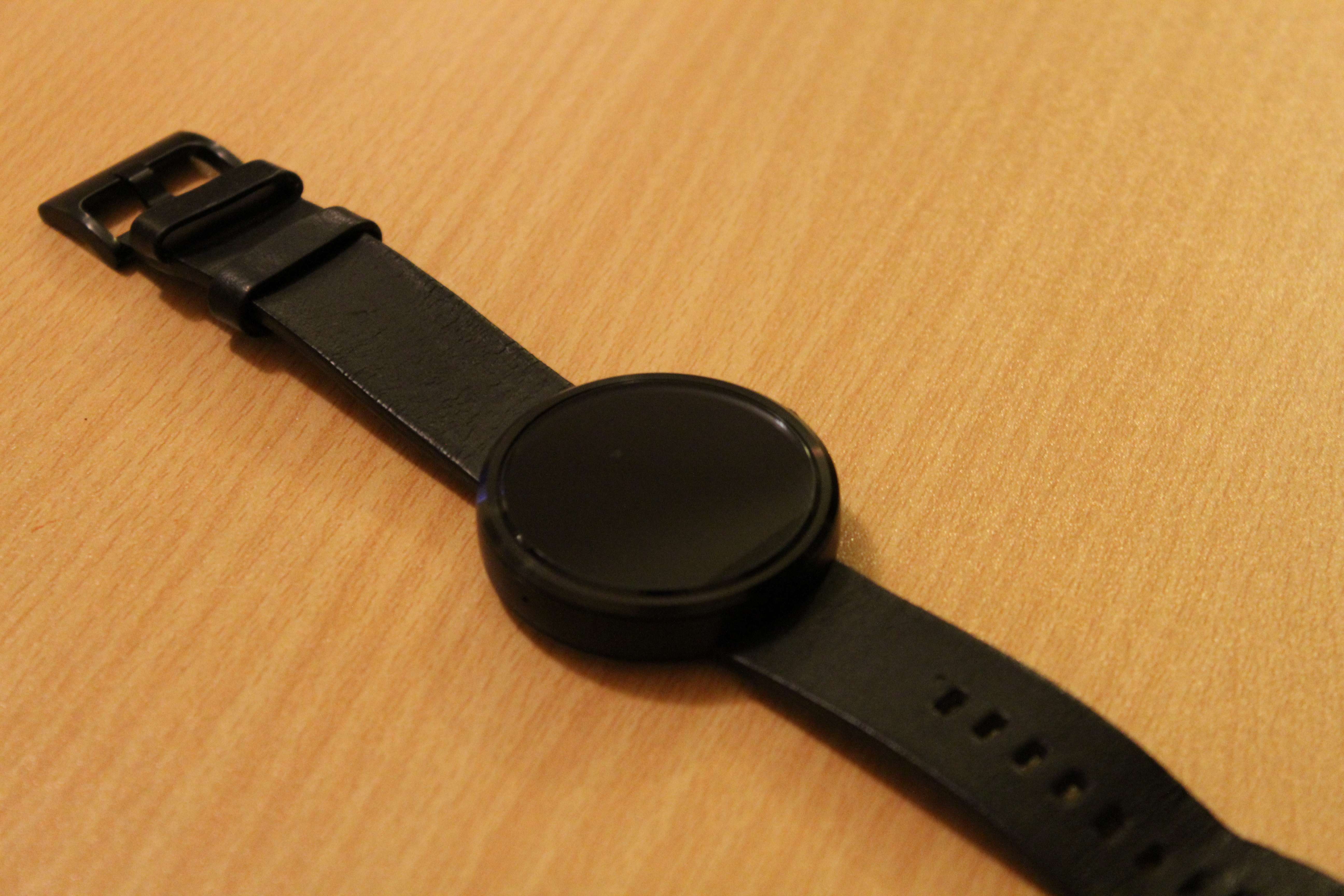 Android Wear has had a decent start with some pretty fantastic watches from LG, Asus and Sony but the Motorola 360 might be the current king of smartwatches, period. With a stunning design, all-day battery and a ton of neat features that put it ahead of the pack, the Moto 360 deserves a place on your wrist.

The Moto 360 is certainly an eye-catcher. With a circular design in either steel or black colours, the 360 actually looks like a watch which is a good start. The horween leather straps are comfortable but these can be easily switched out for a new band if you so prefer. There’s already a growing selection of Moto 360 bands to buy online. The screen uses Gorilla Glass 3 screen protection technology meaning it will hold up to scrapes and scratches under every-day use. It’s water-resistant but not water proof so it’ll be fine if you’re caught out in the rain but we’d advise taking it into the shower with you. The crown on the watch lets you manually turn it on and off but this can also be done with a tap or a gesture (just simply bring your wrist up). 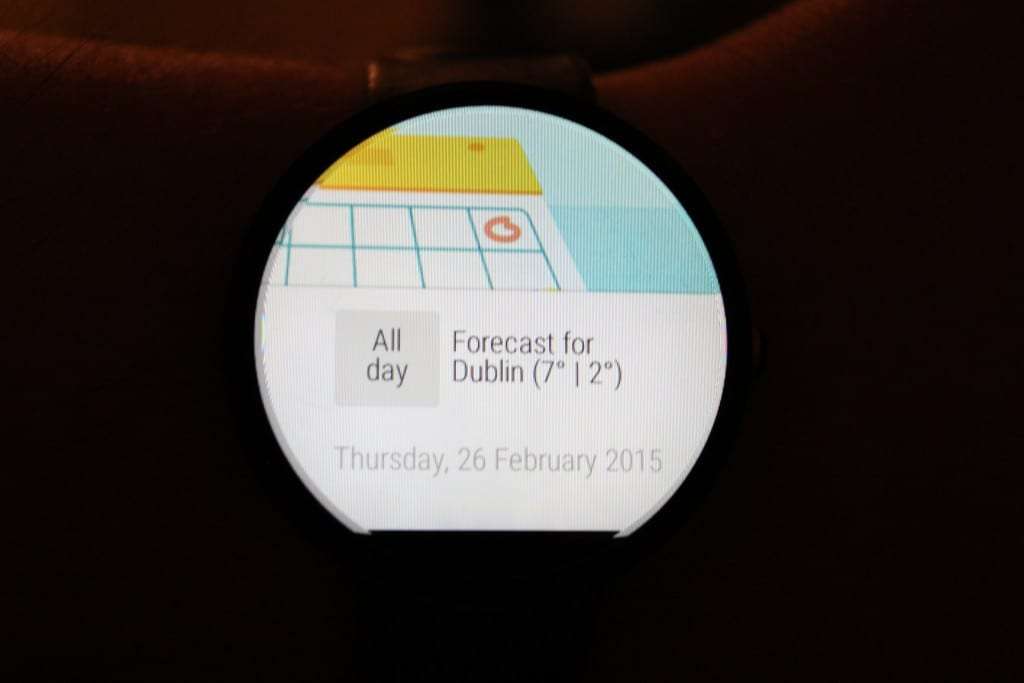 The only downside is the black bar at the bottom which is necessary to fit an ambient-sensor into the watch. This let’s it set the auto-brightness and is useful battery life wise but it is distracting. It’s not a deal-breaker but it’s something we’d rather it didn’t have. The dock has to be one of my most favourite features. As the Moto 360 has wireless charging, this allows you to place the watch in the cradle at night and it acts as bedside clock with a dim display. It’s incredibly clever and even if you lose it, you’ll be able to charge the Moto 360 with any QI wireless charger which are pretty cheap to buy online.

Motorola haven’t really added much to Android Wear beyond it’s fitness tracking apps and some watch faces and these really are some of the best on the Android Wear platform at the moment. Speaking of fitness tracking, this will still sync to Google Fit but the Motorola 360 also has a heart rate monitor which is pretty accurate and is a neat added extra for fitness fans. Motorola also provide it’s own health apps for the Moto 360 as seen below: 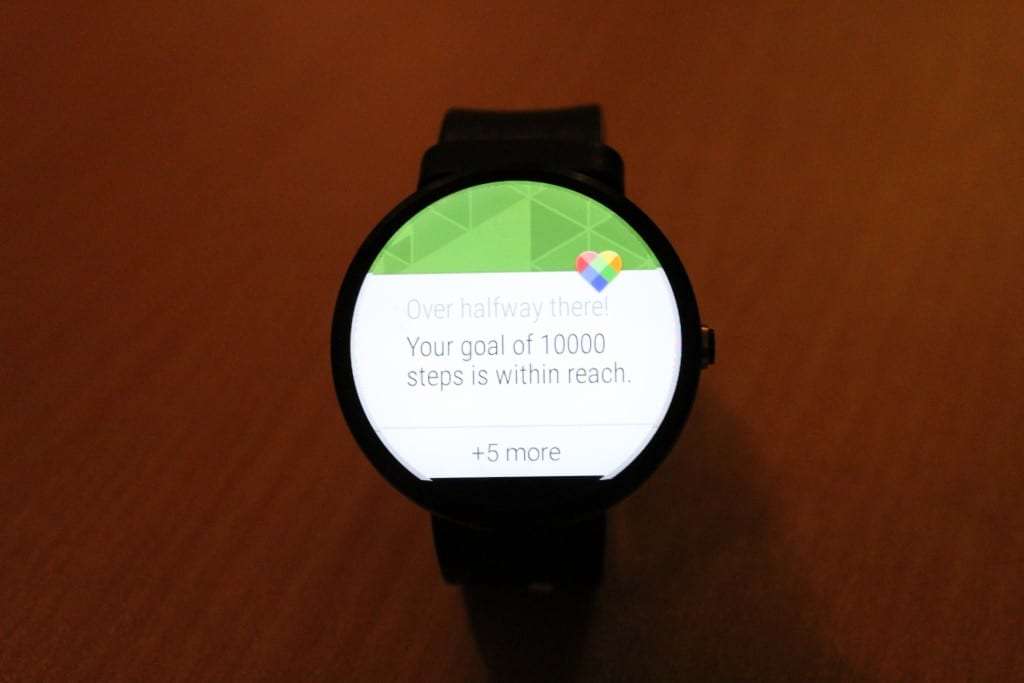 Overall, Android Wear is an extension of your notification shade onto your wrist and it’s only going to be as powerful as the apps you use are. Apps that let you take action on notifications are really useful. Being able to reply via voice to messages or even sending a ‘Like’ emoji on Facebook Messenger neatly fit into your daily routine. 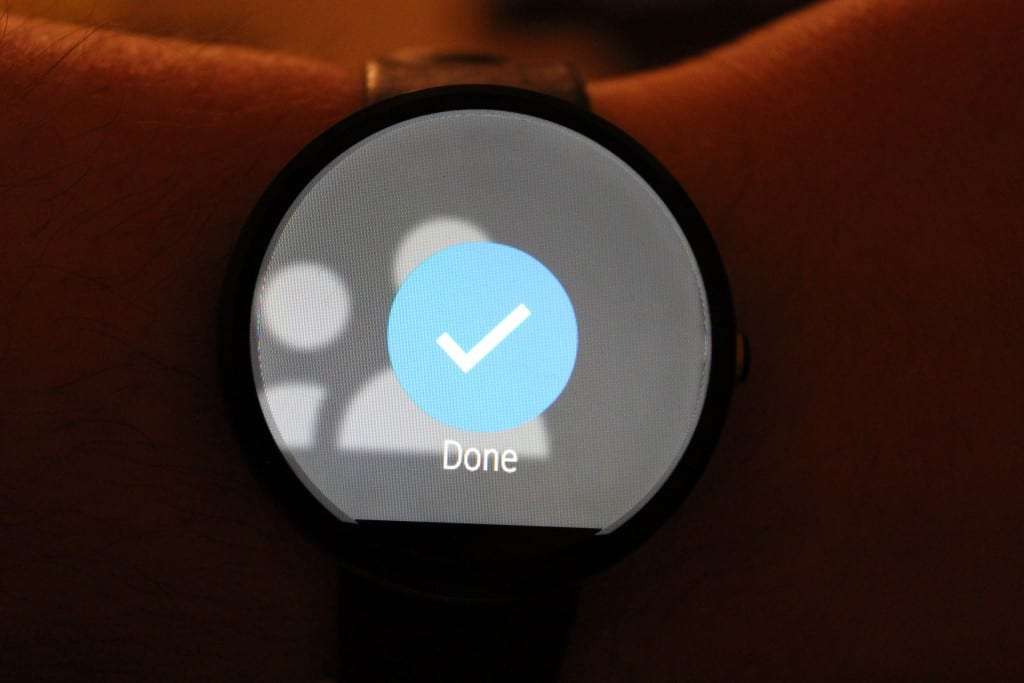 It becomes second nature. Google Now cards which sync to the watch also help greatly with your daily routine. Knowing when your next meeting will be and where, when your packages are shipped and when your next train is coming is truly useful and it’s only a glance away. By removing the need to take your phone out and see each notification, this not only saves time but battery life. Speed wise, the Moto 360 is very responsive and didn’t slow down under daily usage.

It initially seems weird charging your phone every night but the reality is, you will need to. The Moto 360 will last an entire day but with not much more juice left in the tank. Always-on display is your watch-face but in black and white and without complex animations which some watch-faces have. Always-on display will affect battery life but even still we managed to get a full day out of the Moto 360. 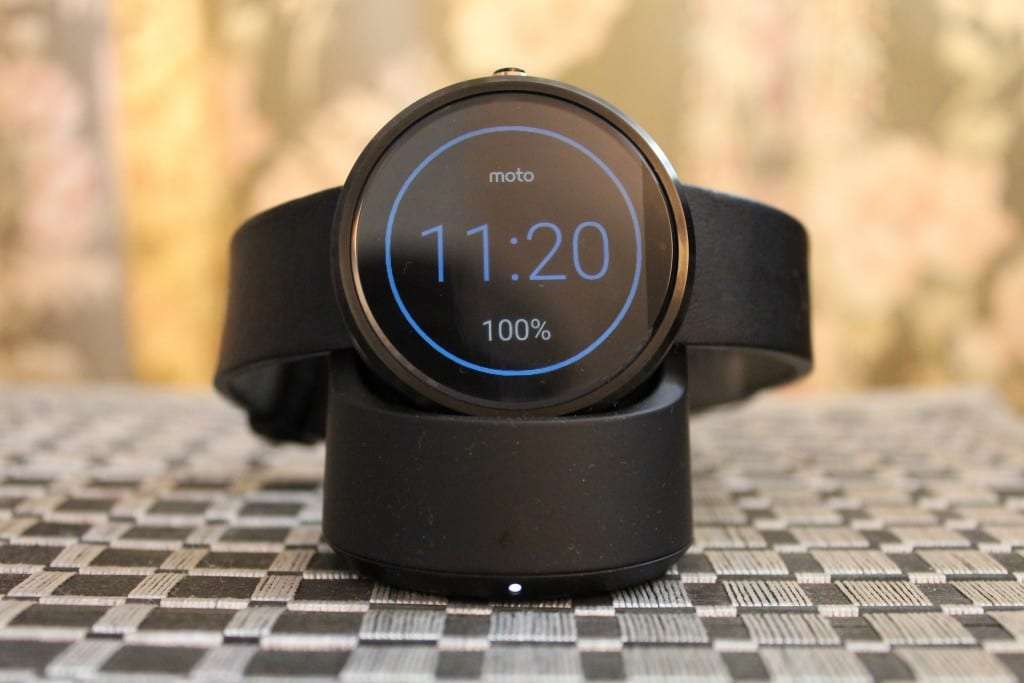 Overall, you won’t need to worry about battery life and being able to charge it with the QI industry standard in wireless charging, this means you won’t have to worry about proprietary chargers either. We’d love to get 2 days out of the Moto 360 and we’re slightly envious of the Pebble’s 7-day battery life but it’s not a deal-breaker.

For a first generation device from Motorola, it’s a smash hit. It’s something that I’d be happy to keep for years to come. While there are some downsides like a one-day battery life and the black bar on the bottom of the screen these aren’t deal-breakers. The Moto 360 won’t break the bank either as the device can be found for under €250 if you shop around online. It really feels more premium than the price-tag might suggest. Motorola have figured out a way to make an Android Wear device fit seamlessly into your life and for that, that’s why we think it might be the best Android Wear smartwatch out there.