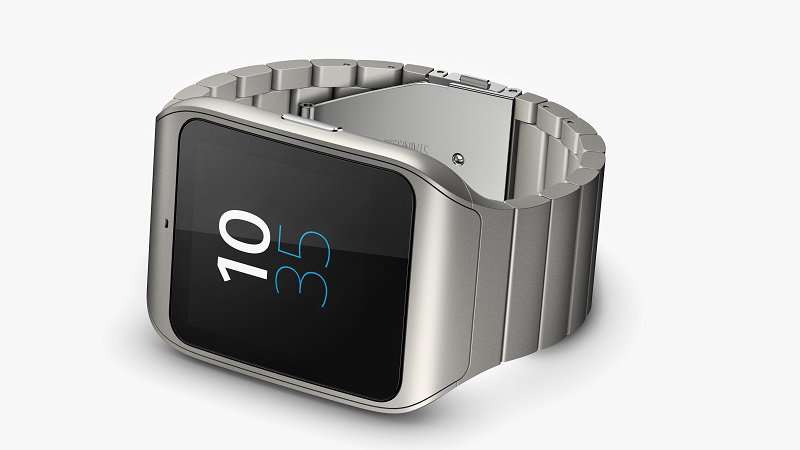 The Sony SmartWatch 3 came out late last year and was originally available in silicone rubber finish (the black colour being the most widely available). While it was a perfectly find band for the watch, I was hankering for a metal version as I’ve always had a metal watch! Thankfully Sony listed to it’s users and they unleashed the SmartWatch 3 Stainless Steel edition. 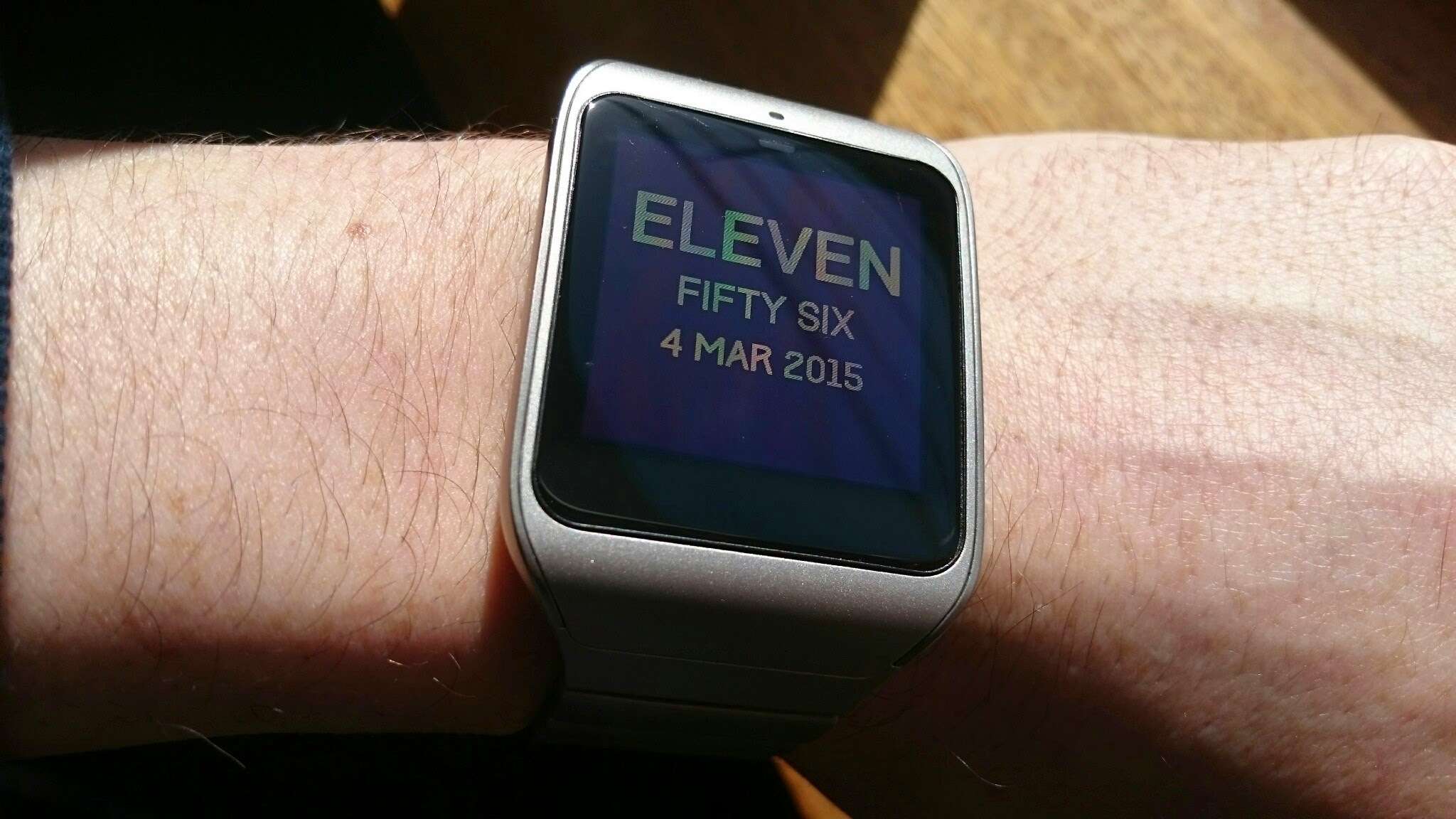 The ‘core’ of the watch is still the same as the original SmartWatch 3. It has the same 320×320 Transreflective screen with ambient light sensor (which is great to read in most lighting conditions, even with the backlight off). It has the same 1.2ghz Snapdragon 400 processor, 512mb RAM, 4gb of internal storage and 400mAh battery. The watch also has GPS, NFC and Wifi (though that hasn’t been exposed to Android Wear yet). One of the key selling features for me is the fact you can charge the SmartWatch 3 with a normal Micro USB charger. While it can be a bit fiddly to get the charger in, with the Stainless Steel edition, Sony have included a short Micro USB cable with a right angle bend that makes it much easier to insert. 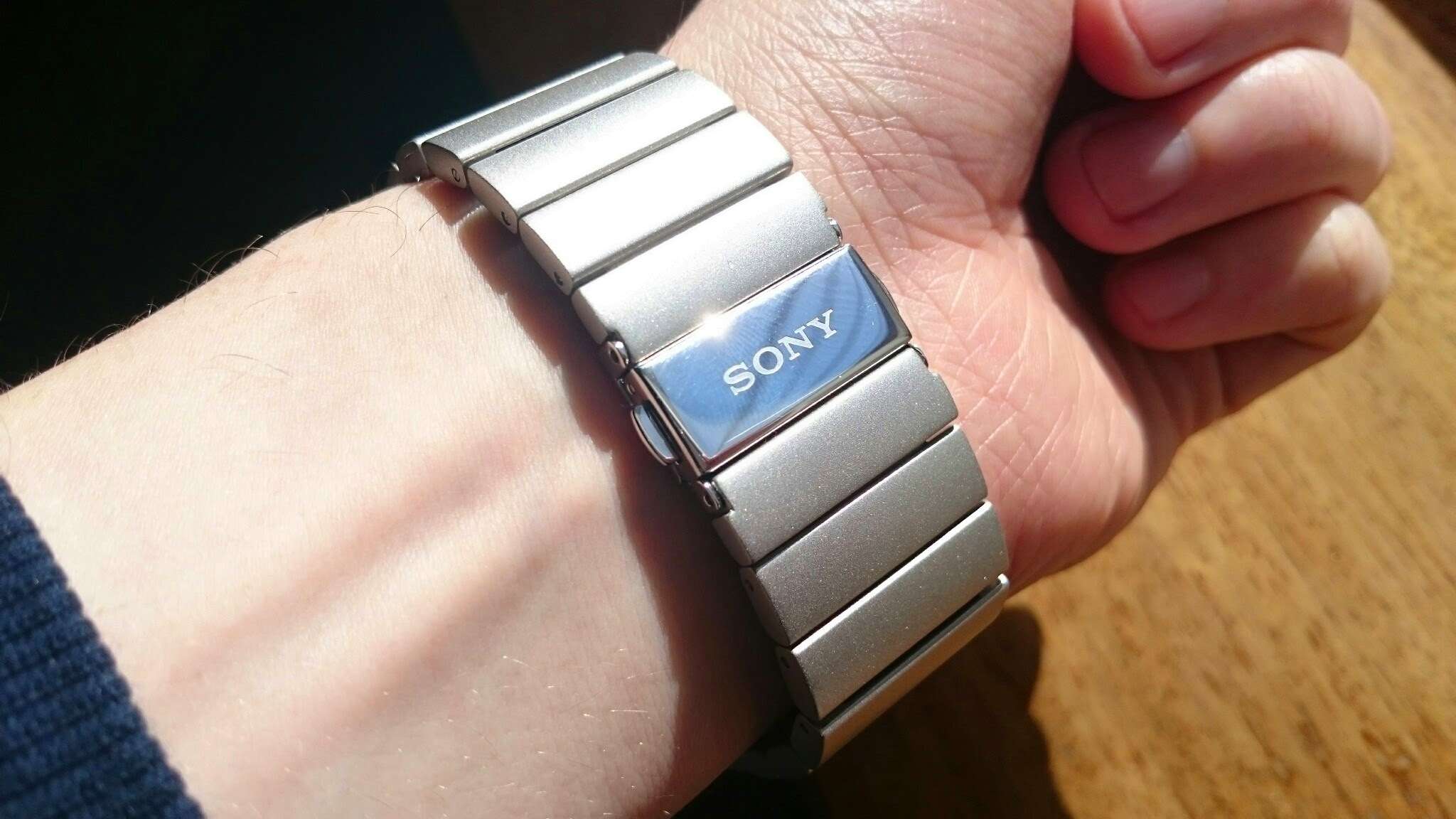 I’m more than happy to deal with the slightly awkward placement of the USB charger port over a custom charging connector. I was showing the watch to a friend who already had a Moto 360, which he wasn’t wearing. When I asked why, he said it was because he kept forgetting to charge it on it’s custom charger! That isn’t a problem with the SmartWatch 3, I can literally charge it any where with a handy portable battery charger. While on the topic of charging, I easily get 2 days battery life from the SmartWatch 3. That’s with everything syncing and plenty of notifications all day long. In fact, i usually get more time between charges as I take my watch off when I get home and turn it off. That way I only really have to charge it once or twice a week, which is nice! 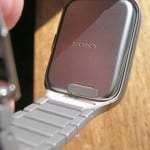 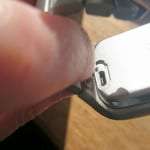 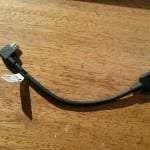 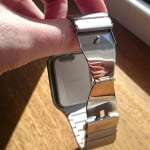 Like the original the ‘core’ can be removed and swapped into other straps, though at the time of writing, if you bought the original SmartWatch 3, Sony won’t be making the metal band available as a stand alone band. You’ll have to buy the whole watch (including the core again) if you want to get the the metal band. I’m sure there are plenty of you out there hoping that Sony release separate to the core and we’ll keep an ear out should they announce anything in future. 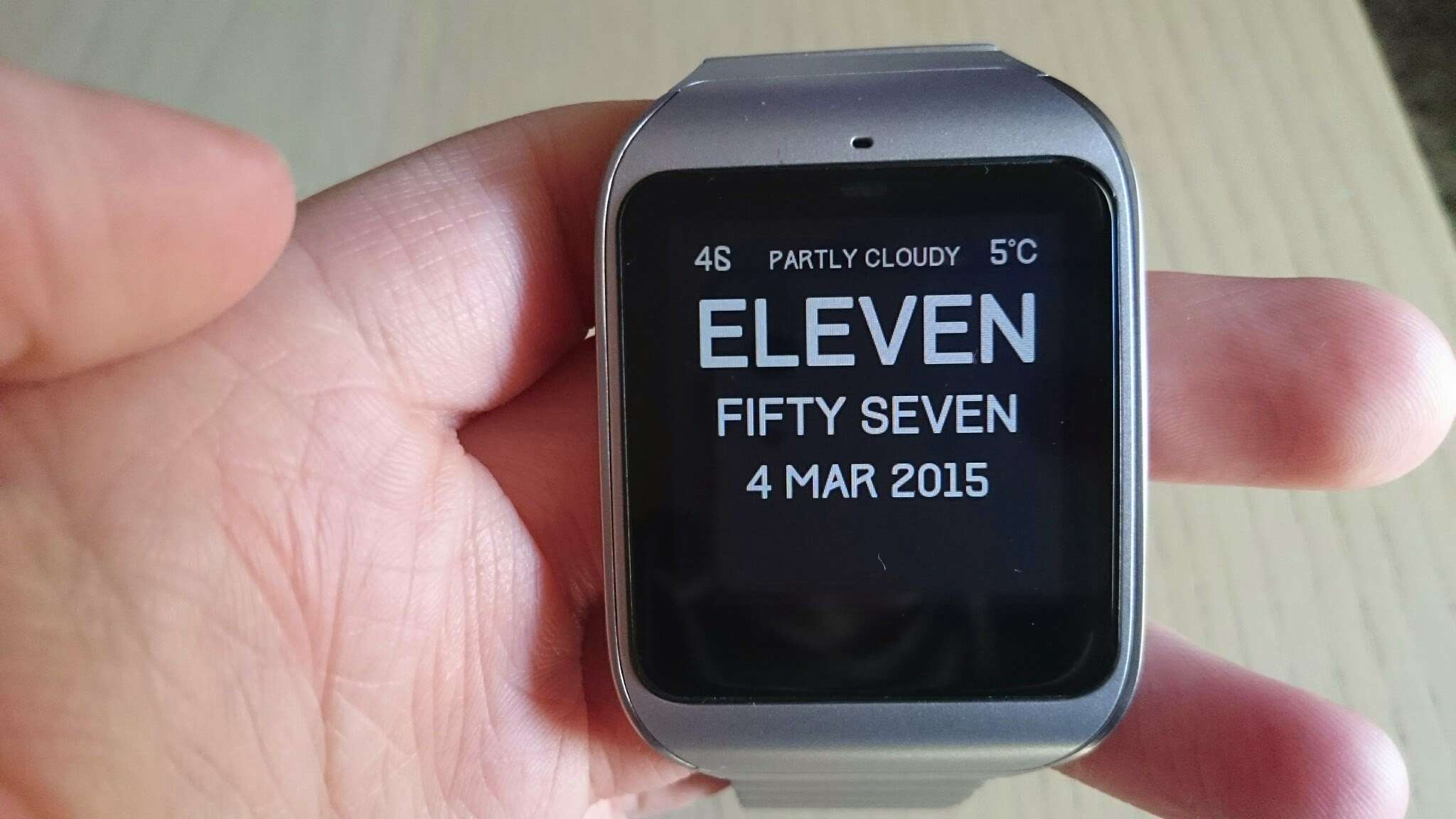 Personally I love how the watch looks in its metal guise. It has a good weight to it and excellent clasp. The brushed metal finish feels really premium. One thing to note though is the areas above and below the screen that look metal, are in face plastic. While you really can’t tell that by just looking at it, it has a purpose. The plastic sections are there to allow the various antenna to communicate. If it was all metal there, the Bluetooth, NFC, GPS and Wifi wouldn’t be able to work, so it’s a nice move on Sonys part, but I’m a little concerned that it will scratch easily and reveal the light grey plastic underneath. To date, that hasn’t happened, so my concerns might be unwarranted. 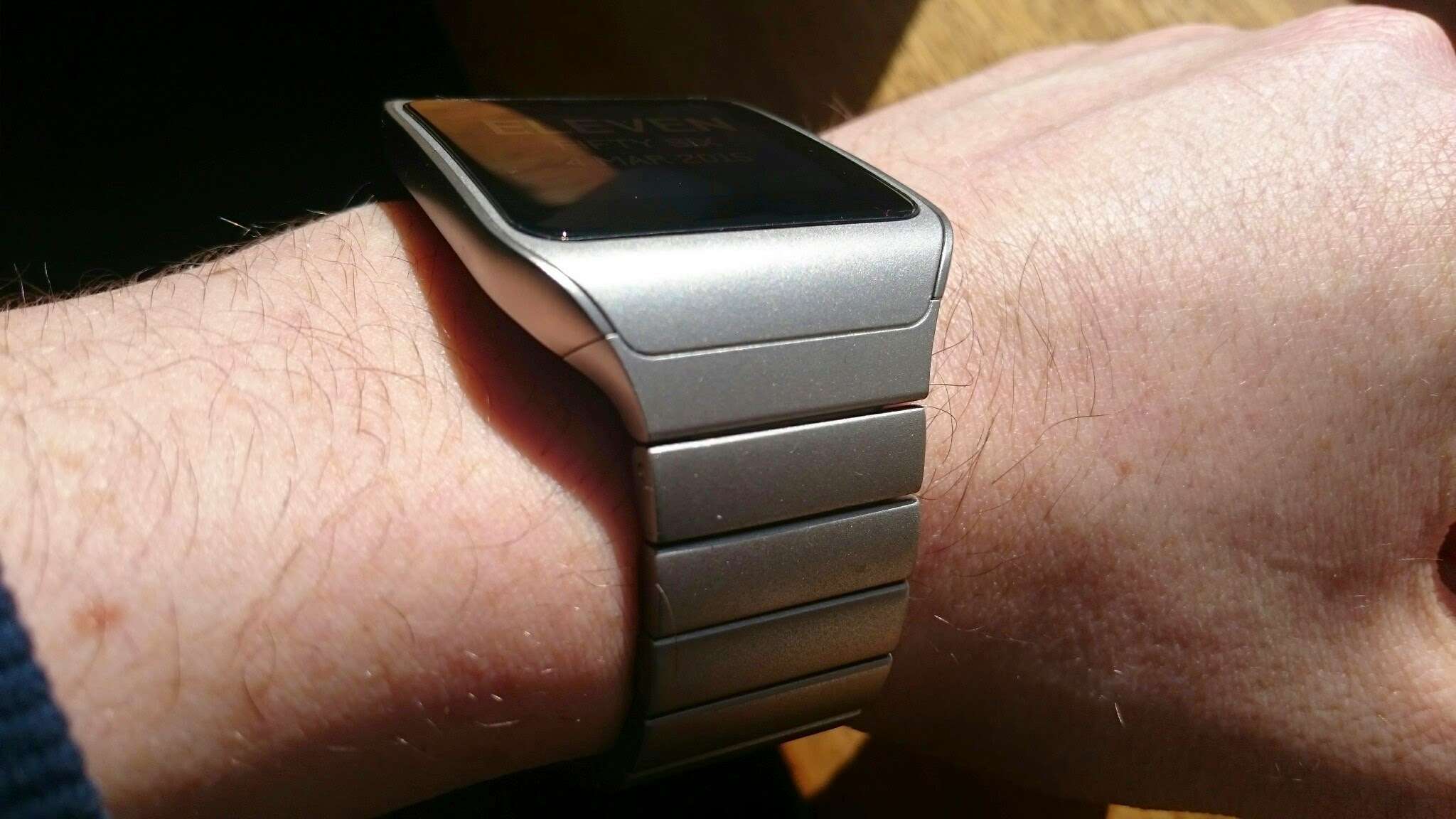 With the most recent Android Wear update, the SmartWatch 3 runs Android Wear 5.0.2, which is much more snappy than the original 4.4.4 that ships with the watch. There’s also an abundance of watch-faces built in. For me, some of the must have Android Wear apps you must get are: Wear Mini-Launcher, Facer, WatchMaker, Next Dublin Bus (if you live in Dublin), Bring!, and Google Keep. 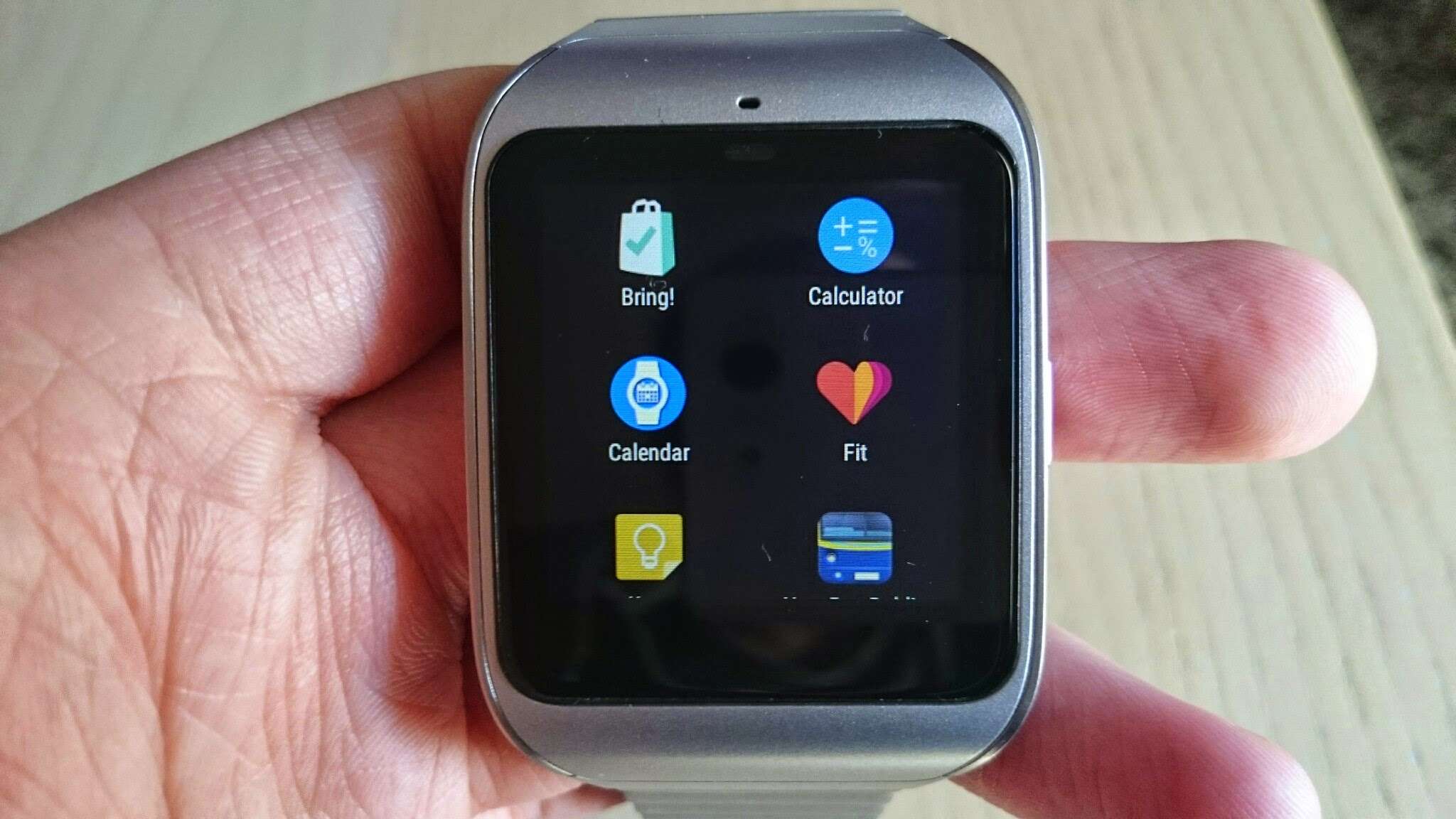 Every day there are more and more apps being updates with Android Wear compatibility, so while the platform is still quite young, its maturing nicely. 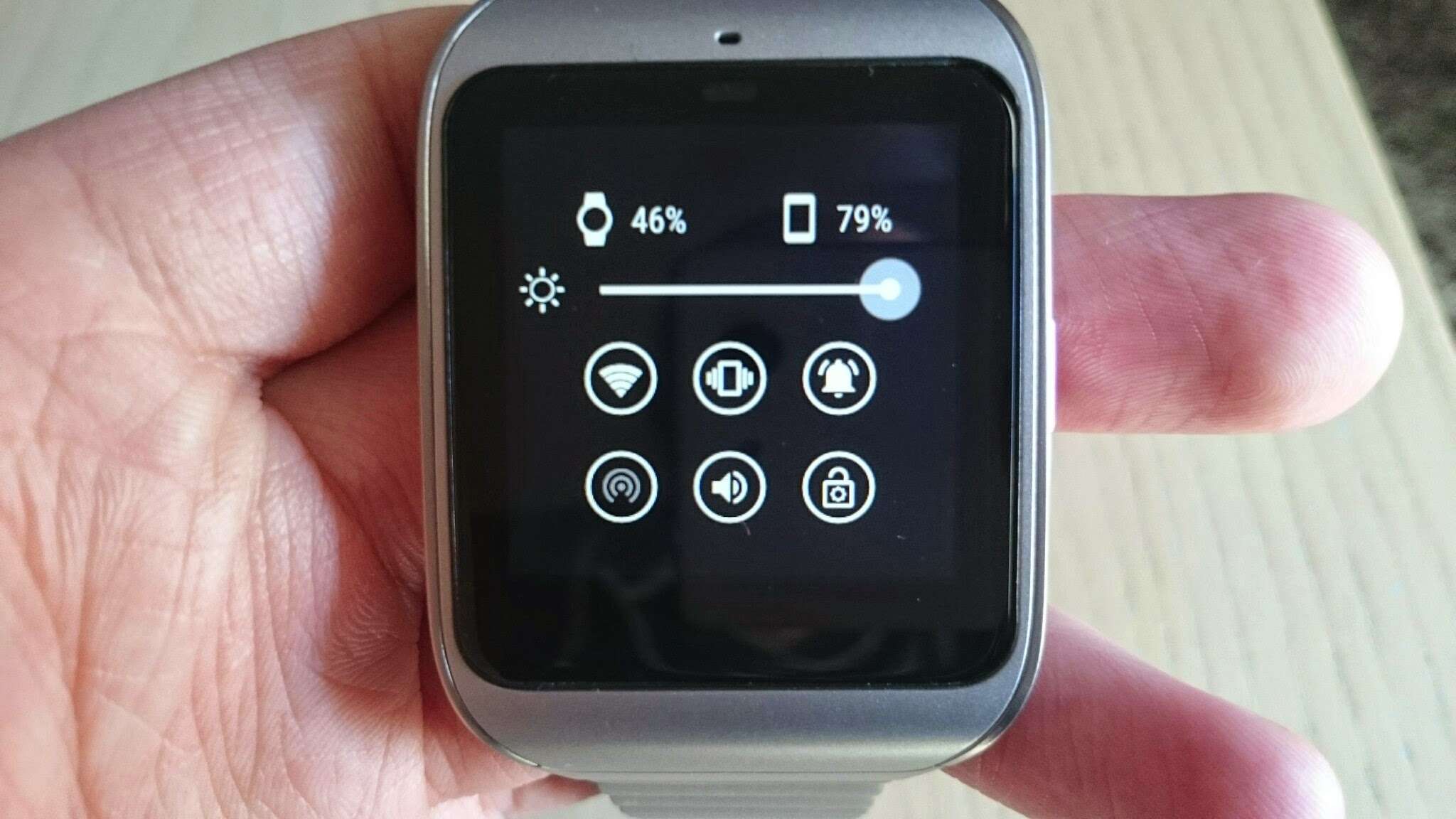 Overall, If you’re in the market for a SmartWatch, the Sony SmartWatch 3 should be way up there on your list of choices, in fact, I’d go as far as to say, the only reason not to consider it is if you want a smartwatch with a round screen. It looks great, has a great battery life, is supper snappy and is currently the only SmartWatch with GPS and NFC, so is pretty future proof for the moment!