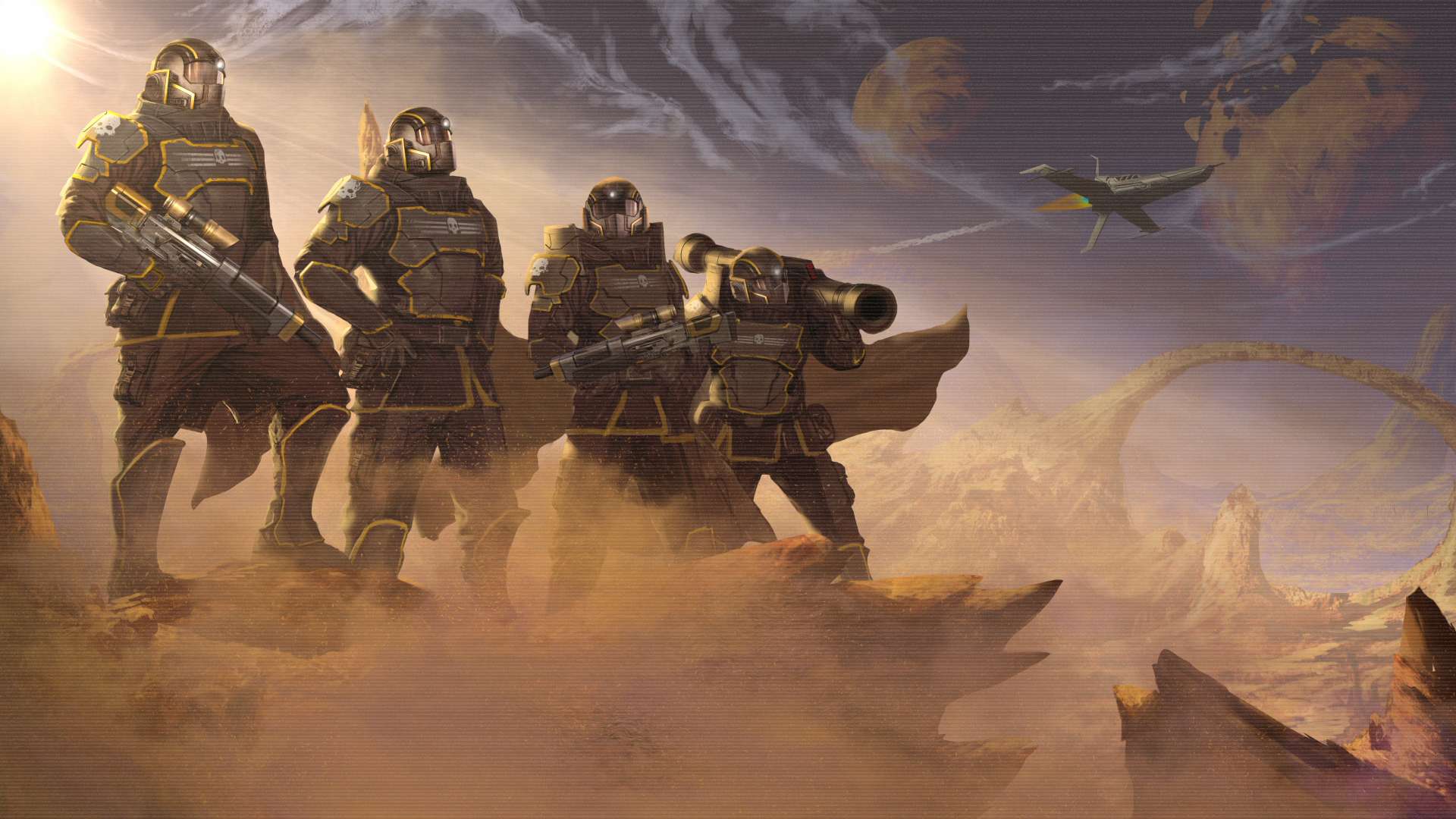 Sometimes, video games are something you dip into and experience, but not finish. It’s like dipping into a book and reading a few chapters of a book and that’s it. Sometimes, the ending doesn’t matter, it’s the journey. Helldivers by Arrowhead Game Studios is definitely one of those games.

Helldivers is a top-down twin-stick shooter for PlayStation 4, PlayStation 3 and PlayStation Vita. Nothing groundbreaking there, but the difference is around what Arrowhead Game Studios have done with the format. Helldivers is built around an intergalactic war. You are a soldier who’s tasked to “defend” Super Earth by killing any threat to it. Those threats? Other races standing in the way of Super Earth spreading it’s message and “democracy” to neighbouring planets. While the story mostly fades into the background, it’s nice to see game developers trying something different.

Your goal in Helldivers is to spread Super Earth’s “democracy” across neighbouring planets, pushing other warring enemy races back until reaching a home planet which you can conquer. When you start a mission, you can choose where you start from on each procedurally generated planet which makes for a nice change to the a to b format. 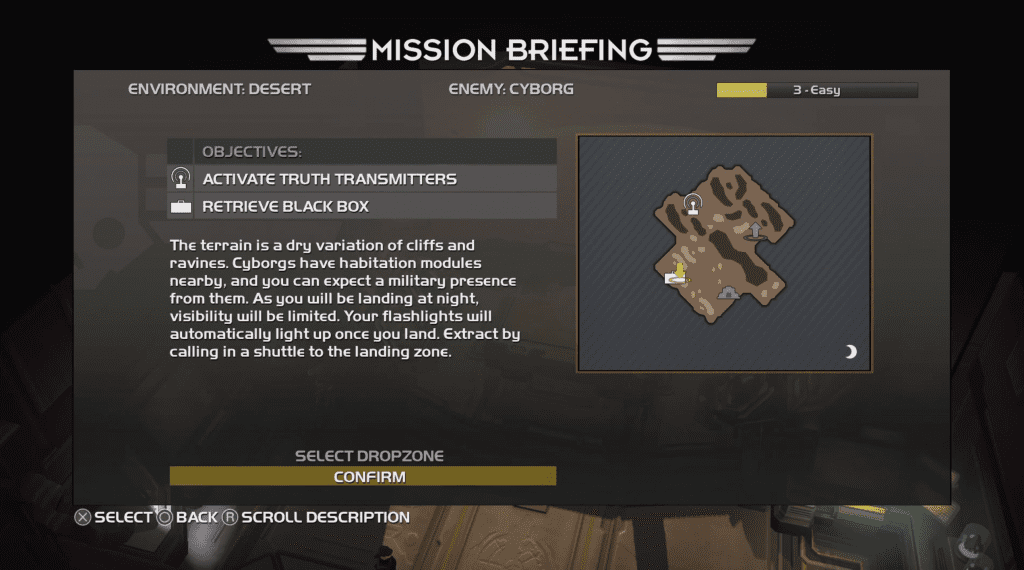 This means, each planet’s layout is randomised. While this in theory sounds great and should add tons of variation to the game, unfortunately the environments aren’t too detailed and lack any sense of scale which could be down to the randomisation of environments. I missed the elaborate set pieces from games like Dead Nation Apocalypse. It’s a trade off for the massive longevity it allows the game to provide. 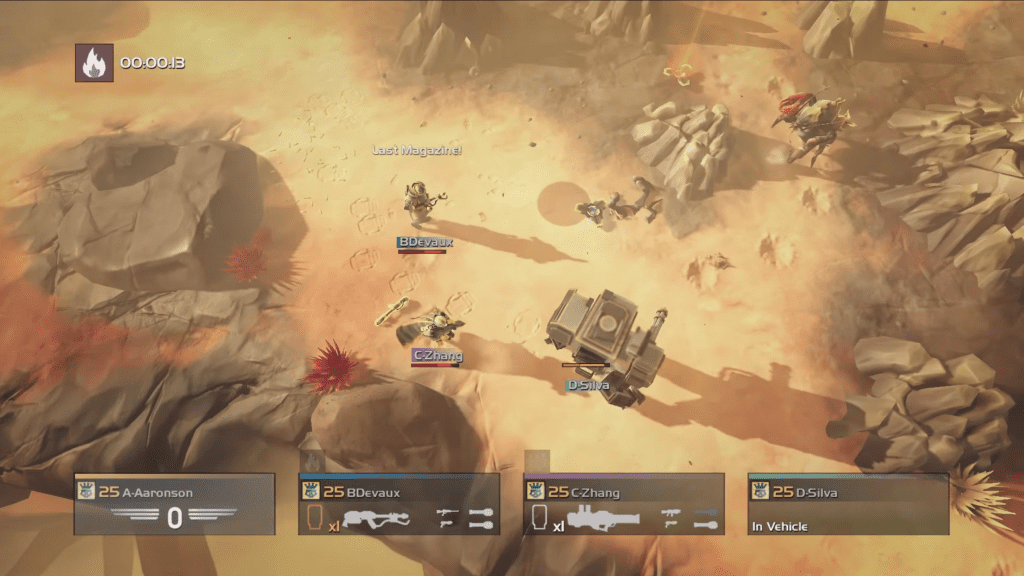 Saying that, objective wise, there are over 10 different objectives so gameplay is mostly varied but really, elements such as the procedurally generated planets, the RPG levelling-up, the objectives, heck even the story are just window dressing. The real meat of this game is in it’s gameplay hooks and multiplayer action.

Helldivers really does shake up the top-down shooter formula. It’s all down to ‘stratagems’ which are special abilities you can call down from your home ship to the battlefield. However, to call them in, or even unlock an objective sometimes you’ll need to enter in a series of up/down/left/right button presses on the d-pad. Small effect stratagems such as an ammo resupply might only take 3 button presses, some heavy firepower might take 5-7, an objective might take 10-15. It really adds an element of risk and reward to the game. Sometimes, you’ll need to call in some heavy firepower when you’re waiting for your ship to collect you at the end of a level, but in doing so, takes away your ability to shoot enemies. This is why Helldivers excels as a co-op game, you really need back-up and strategy. 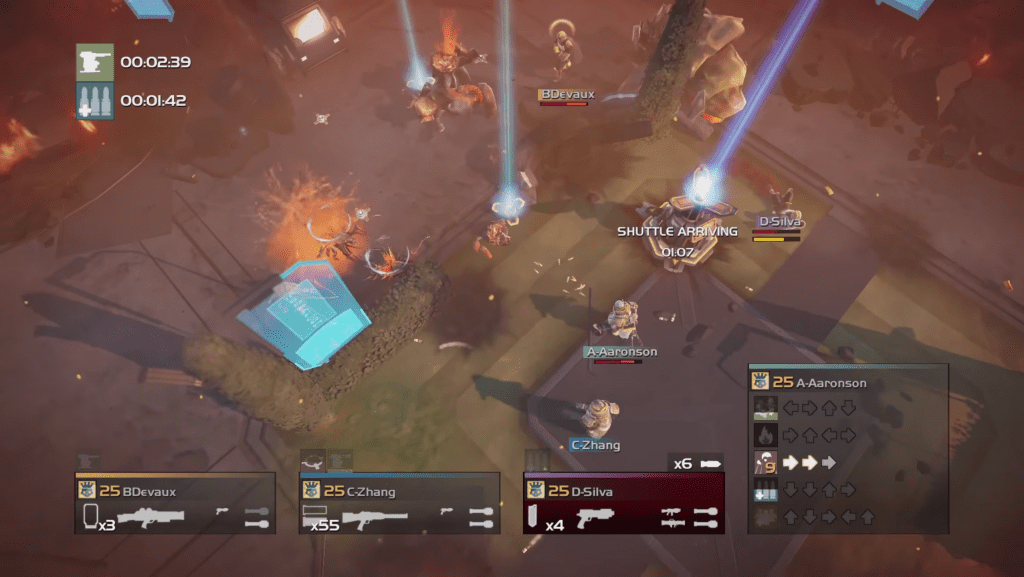 Playing with up to three other friends, or even being able to call in a random player from around the world into your game, they’ll be able to back you up in situations like the above. You can tailor personal loadouts and stratagems between the four of you and it’s just a ton of fun. Watch out for friendly fire, or calling down a stratagem onto your team-mate. Co-op adds that extra layer of strategy to the game and really makes it special. Unfortunately, when your friends hop out of the game, that’s where things go slightly astray.

In single and multi-player, you’re working towards the game goal. This means, when your friends hop out, you’re on your own and you get to a certain point where you really do need some back up with the progressively heavier onslaught of enemies. Eventually, you have to be very very good at the game to go it alone. It holds the game back slightly. With a deep upgrade tree, variety in objectives, community goals and planets theres a lot to keep dedicated players going but after a few hours into it, you get the sense that you’re not really going to see anything else new. In reality, this is a game you’ll play with your friends for a few hours every so often, it’ll be a ton of fun but don’t go into it expecting to finish the story. It harks back to the arcade games of old, rock solid gameplay comes first. Everything else second. 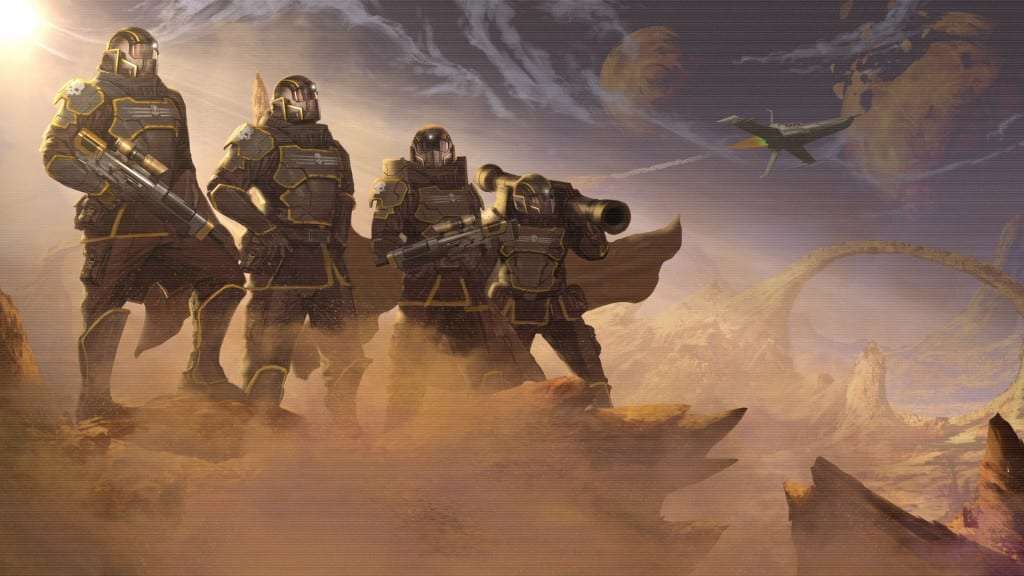 For €21, this is among the the best value for money games on PlayStation as it’s cross-buy. This means, you can download Helldivers on your PlayStation, 4, PlayStation 3 and PlayStation Vita while paying only once. This means you can play with your friends at home and sneak in a few missions on the go. It’s great to see games like this going cross-play. In terms of longevity, Arrowhead Game Studios are planning a range of free and paid DLC for the game. Hopefully new wars are free expansions!

Helldivers is a game you’re probably never going to finish, but, it doesn’t matter. It’s some of the best fun you’ll find on PlayStation with three other friends, it’s one of the finest twin-stick shooters out there and really does innovate. Go experience it!