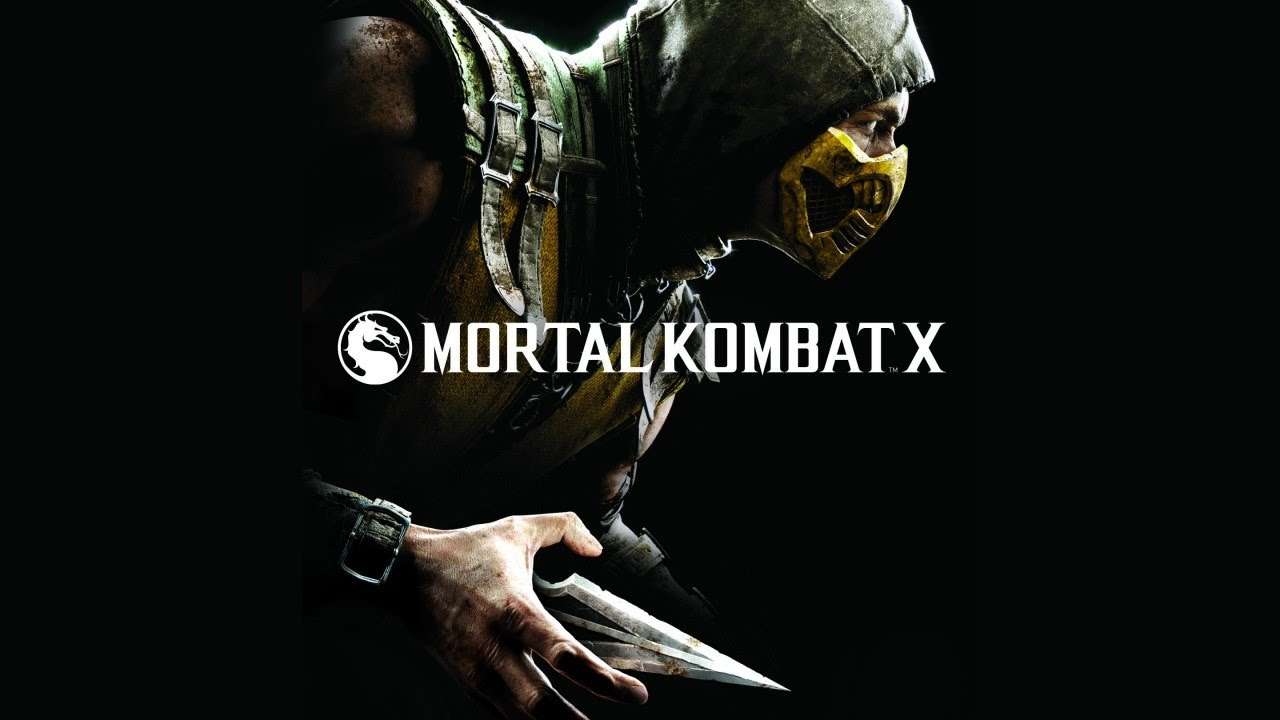 So it’s finally here, Mortal Kombat X has arrived on the PS4 and Xbox One (with the last-gen version due to arrive in June) and it’s one of the best fighting games we’ve played in years and definitely one of the best, if not the best, on this generation of consoles.

NetherRealm Studios, which is a modern day hybrid of Midway Games and WB games Chicago, the studios behind the original MK games, have done a fantastic job of staying true to the Mortal Kombat heritage whilst bringing the franchise forward in terms of gameplay, graphics and the sheer amount of content. This is our review of Mortal Kombat X. 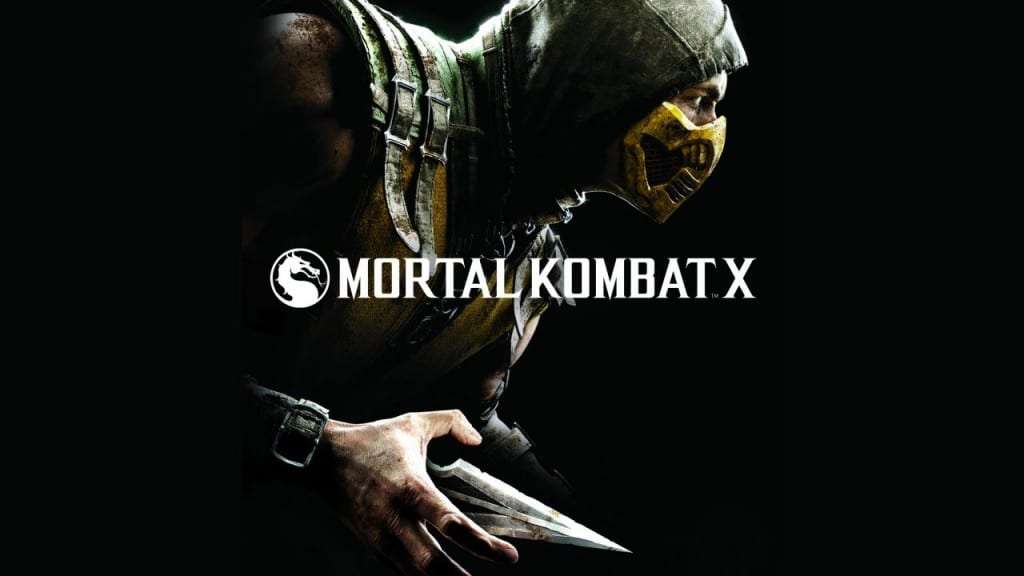 We’re going to be honest, story modes in fighting games are usually quite weak and are poorly structured but Mortal Kombat doesn’t fall into these traps. With its long history in not only video games but also feature length films, the Mortal Kombat universe has more than enough narrative to form a decent story from. In Mortal Kombat X, the story is broken into 12 different chapters, which allows you to fight as 12 different fighters throughout the whole story arc which is a nice way of breaking up the whole thing. 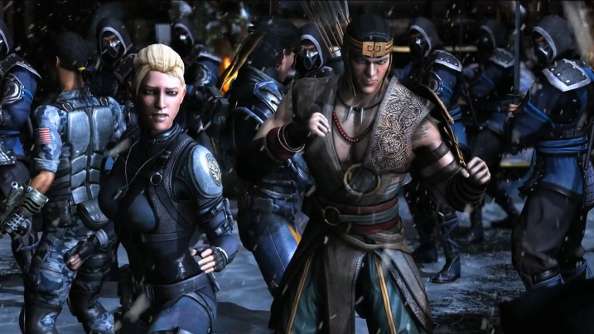 In terms of what is actually going on, the EarthRealm have formed an uneasy alliance with the Outworld to keep Shinnok, the Elder God who has been trapped in NetherRealm, at bay and stop his attempt to kill his fellow Elder Gods. The story mode is not only made up of straight-forward fight sequences but also some really nice interactive cut-scenes to add another layer to the whole experience. It fills you in on the backstory of each character through witty dialogue and epic battles also and really shows decent story modes in fighting games can be done. It may not be perfect but it’s definitely a lot better than many other fighting title’s attempts.

“…Fatalities which are so graphic, you’ll be left speechless after many of them.”

Now this is the section that can make or break a fighting game. Mortal Kombat was one of the first big fighting games to arrive on the scene and it has had to continually evolve as home consoles have became more powerful. NetherRealm Studios have only been working with the Mortal Kombat universe for about 7 years now but with Ed Boon, Mortal Kombat’s co-creator, at the helm of this instalment, you can be sure they stayed true to the gameplay heritage that makes it so famous. 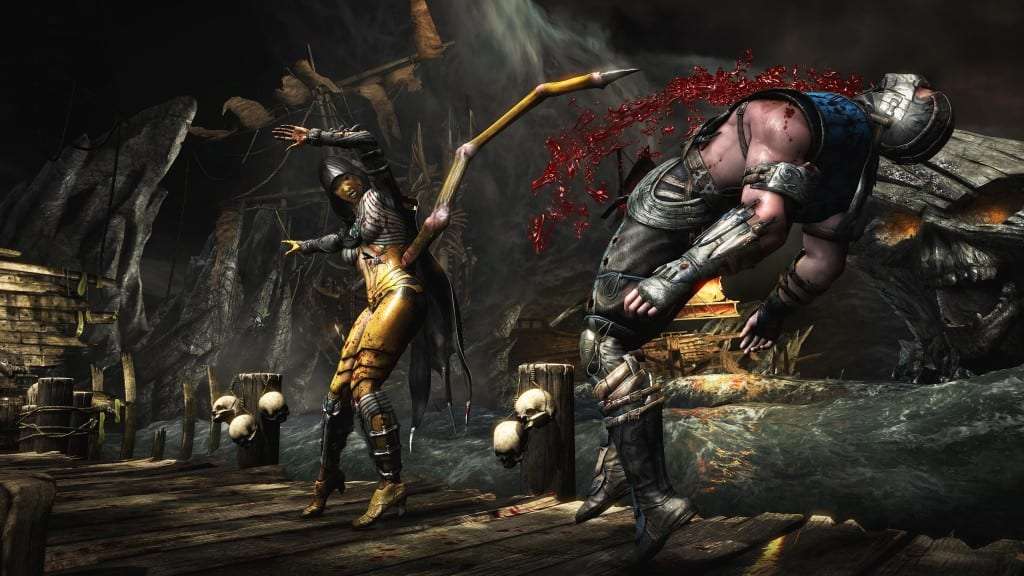 The game is fast, like seriously fast. This is key to a responsive fighting game and with a frame rate of 60FPS, you can be sure you’ll see every kick and punch in all its viciousness and in glorious 1080p. MKX has all the combat features you would expect from a modern fighting game but also includes the fantastic additions of MK classics such as Brutalities and Fatalities which are so graphic, you’ll be left speechless after many of them. You can also use the arenas and environments to your advantage, such as smashing your opponent’s face off a brick wall or using a spectator as a weapon! Each character has three different fighting styles which you can choose from and this changes things up nicely and creates endless amounts of challenge variations.

Running on a very highly modified version of the Unreal 3 engine, Mortal Kombat X looks gorgeous running at 1080p and 60FPS. Each character model is meticulously detailed and has various levels of degradation and wear as a fight develops which add to the overall look and feel. The signature Fatalities are some of the most graphic gaming sequences we’ve ever seen and the Unreal Engine handles the whole affair beautifully. Simply put, Mortal Kombat X is pure ecstasy for the eyes. 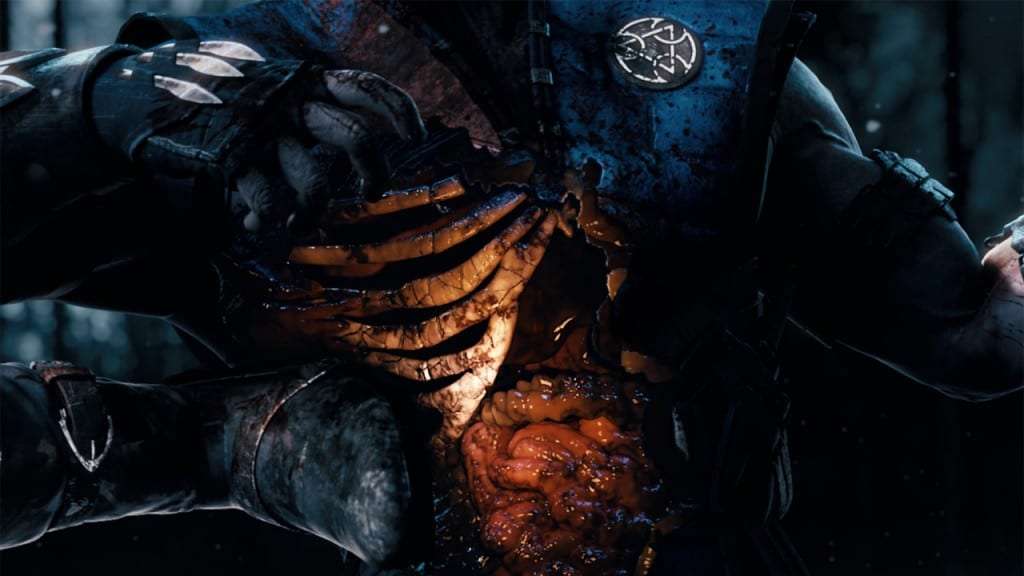 The arenas must also get special mention as they look just as stunning as the fighters with the lighting, detail and sheer amount of things going on in the background almost as gorgeous as the fighting going on in front of it all! 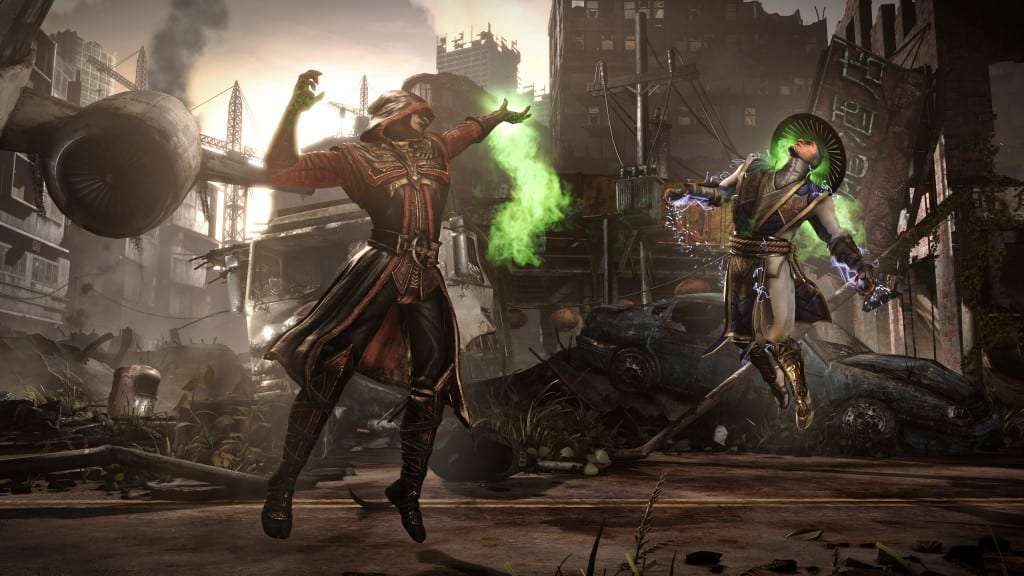 Something which is actually quite a rarity these days is available in MKX. What we’re talking about is good old-fashioned 2 player fights with somebody in the same room as you, on the same screen. A staple of any self-respecting fighting game, MKX’s 2 player battles are some of the most fun we’ve had with this current generation of consoles and makes us miss this old form of multiplayer action! This isn’t to say that there aren’t any online multiplayer options also because, there are loads. You can choose from various modes such as Versus, Team Battle and King of the Hill. 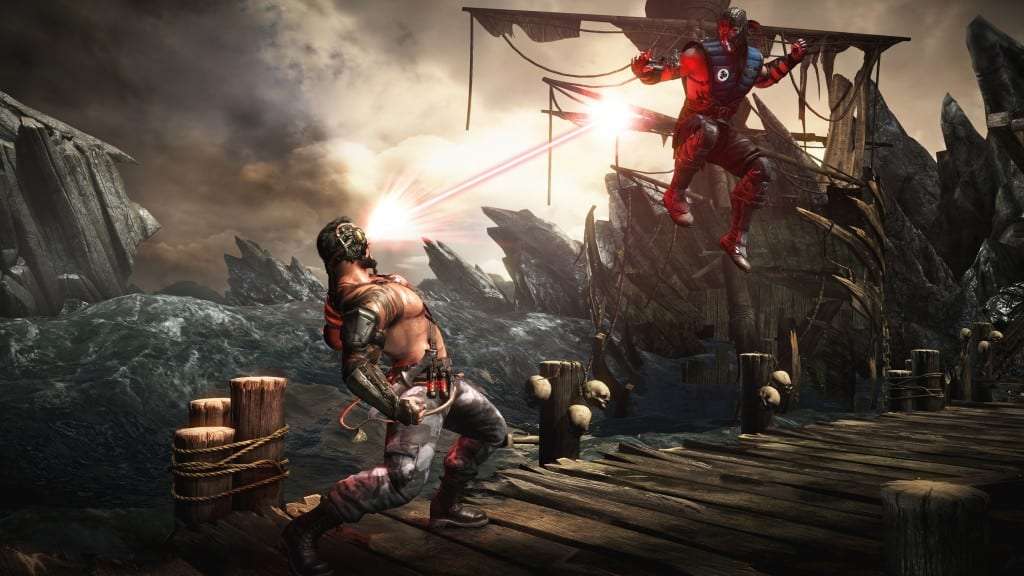 New to Mortal Kombat X though is the whole ‘Factions War’ mode. Upon starting up MKX for the first time, you will be asked to choose a faction from a list of 5. They are Lin Kuei, Black Dragon, Brotherhood of Shadow, Special Forces and White Lotus. The factions are made up of other MKX players and you can support your faction by gaining Faction XP and War Points (WP) in any of the game modes in MKX to contribute to your team. These are the two main currencies in MKX, Faction Points increase your overall Faction Rank while War Points contribute to your Faction’s overall standing in the Online Faction War. The Faction with the most overall points at the end of a Faction War is crowned the winner and awards are given to all of its members. 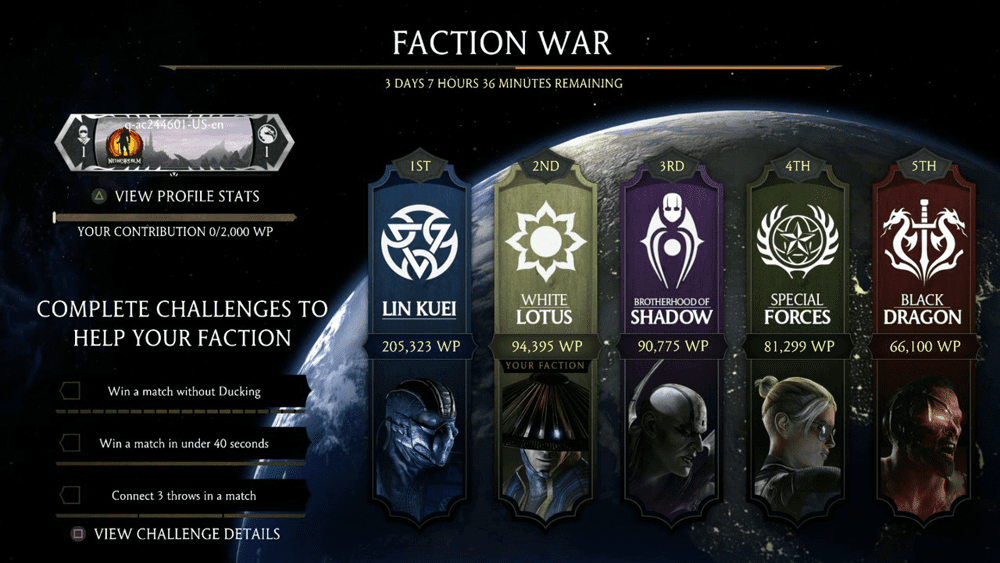 Overall, this new addition adds a very nice layer of teamwork to the whole thing and really makes each of your fights feel that little bit more important and that you are actually working towards a larger goal. Some of this may be seen as overkill and we might agree but it’s better that it’s there rather than complaining there isn’t enough content.

As a gamer for the last 20 odd years, I’ve played countless amounts of games, and especially fighting games, but it was Mortal Kombat II on the Sega Megadrive that got me into gaming in the first place. Almost 20 years later and Mortal Kombat is still going strong and with the release of Mortal Kombat X, it doesn’t look like it’s going anywhere any time soon. Although there are a few rough edges in terms of the full implementation of the Factions War mode into the story, the game achieves most of what it set out to achieve. The Krypt mode might also be slightly unnecessary but it’s extra content which is only a good thing. With a genre-leading story mode, a extremely well-refined combat system and new online additions like Faction Wars, Mortal Kombat X is one of the best fighting games you can buy right now and I, for one, am glad to see it back. 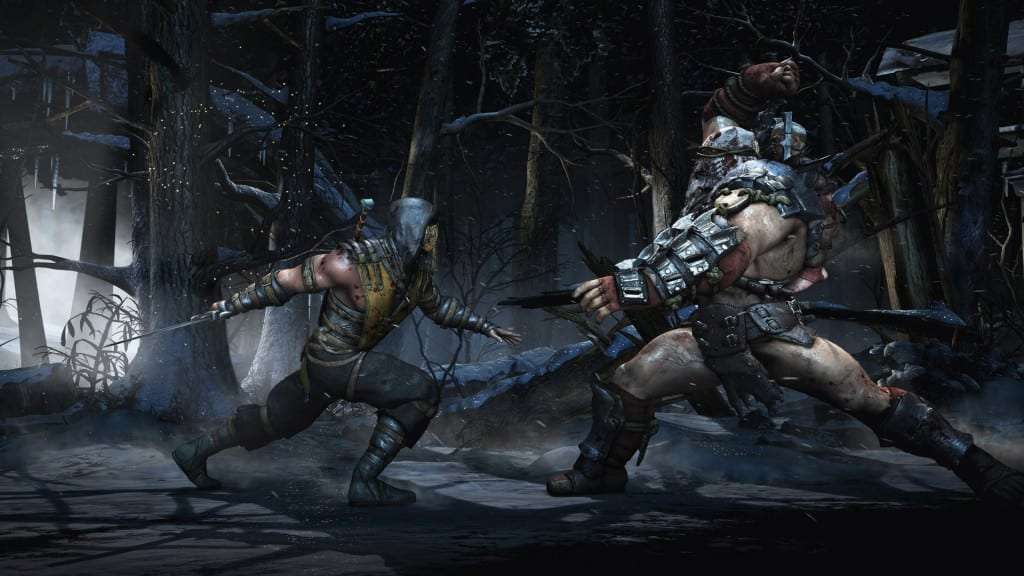