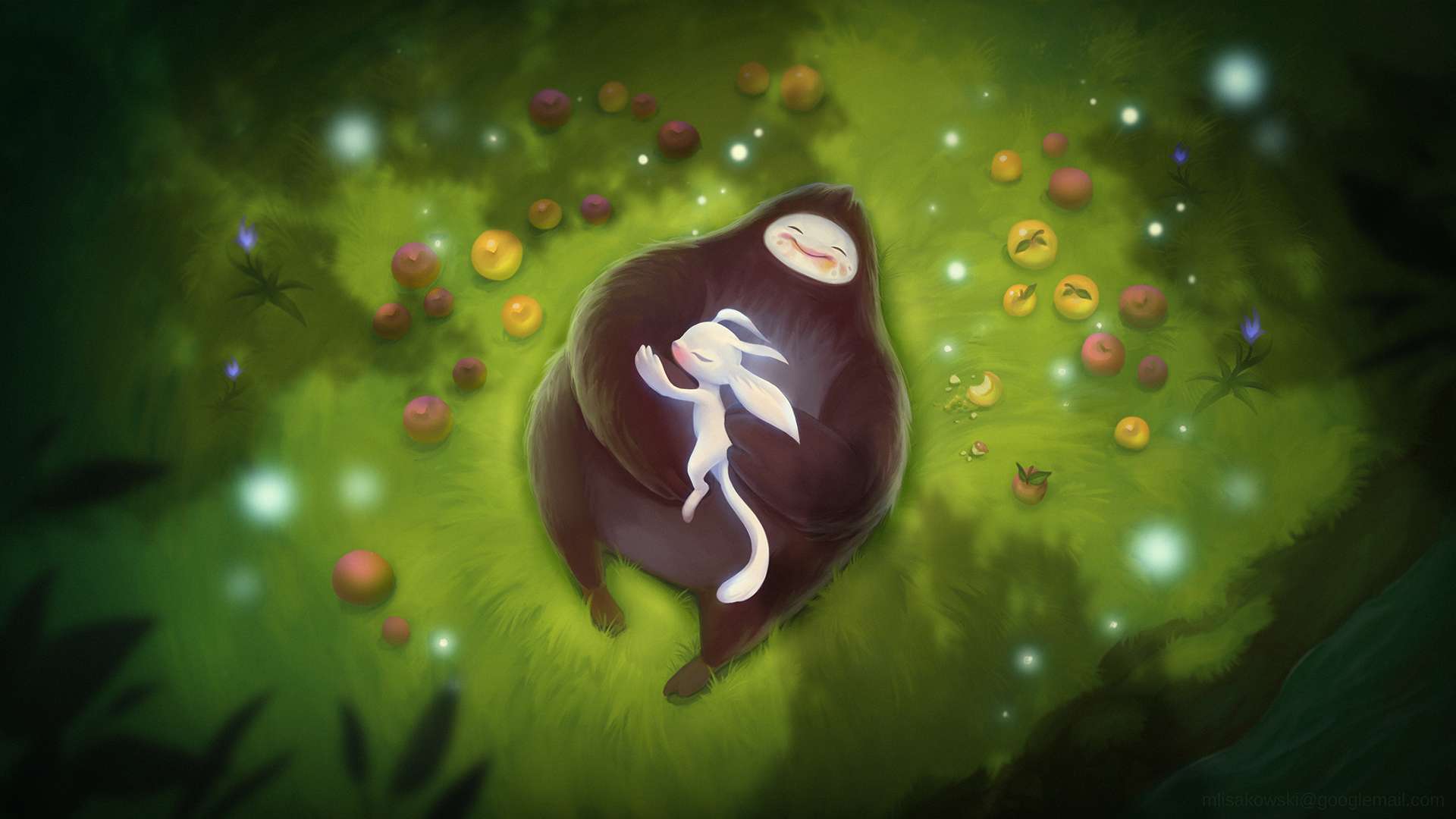 Ori and the Blind Forest, an Xbox One console exclusive from developer Moon Studios that is also available on Steam, is finally here.

The story here is simple, maybe even overused: something is corrupting the forest, and a few chance encounters put an adorable little animal in charge of saving it all from a dark, malicious evil. Ori will travel all over the forest, face every kind of danger out there, learn new abilities, and overcome obstacles. 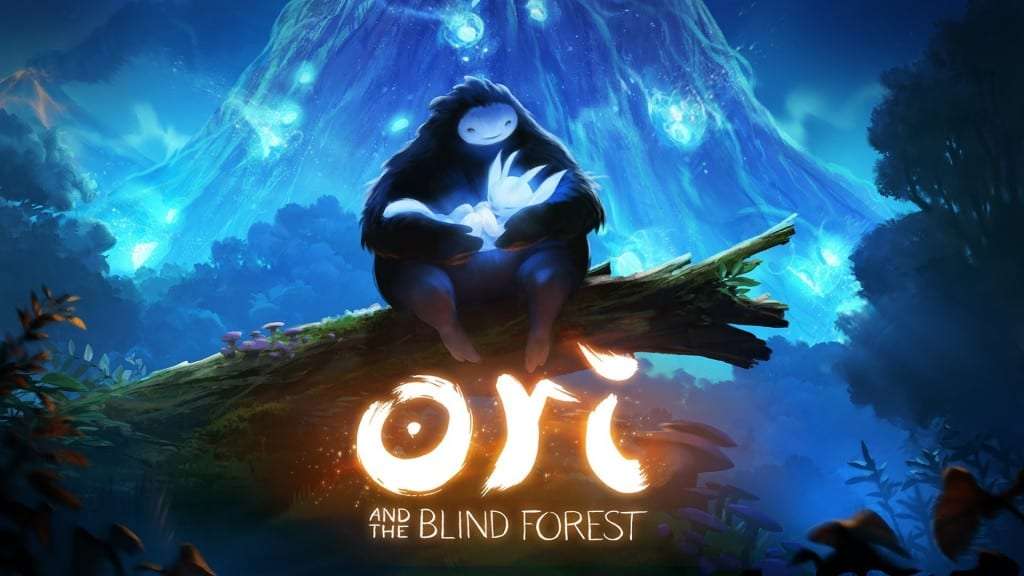 As the orphaned light spirit Ori, players must embark on a Legend of Zelda-like quest to gather various elemental relics in order to restore light to a forest that has become plagued by darkness. Along the way Ori is joined by Sein, a glowing orb that aids Ori in combat and serves as the Navi to Ori’s Link.

It starts out with one of the best opening sequences in a while. We’re introduced to Ori and the being that adopts and cares for Ori through a montage that shows us the happy life the two live together before tearing it apart. The animation shines almost immediately as we watch Ori bringing fruits back to the unconscious creature. Little touches deliver trepidation, nervousness, and concern from Ori. I was close to cutting onions during the opening sequence.

You would never guess Ori And the Blind Forest’s surprising difficulty from glancing at the game’s whimsical aesthetic. The art itself, is absolutely beautiful. Almost immediately, I was reminded of the darker animation of the 1980s and early 1990s. The animation is gorgeous across the board, whether it’s during platforming or most especially during the game’s story sequences. They’re short but effective. No movement is wasted, everything we see tells us something about the characters or the world they live in. Things all over the screen are animated. Even the spikes I’m going to bring up later have some movement to them at times. 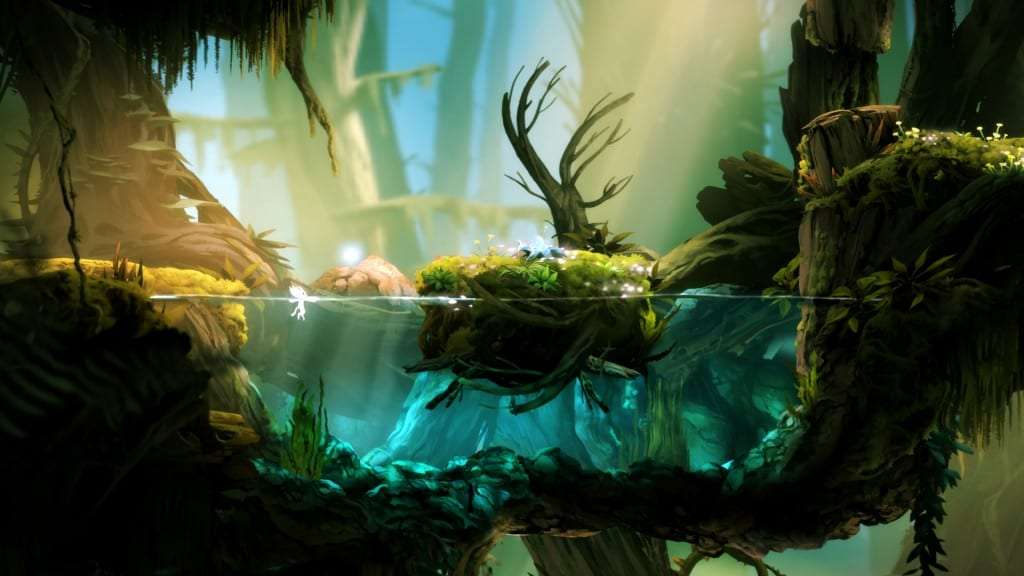 The game is very fun, and pretty difficult. Ori and the Blind Forest wants you to die. And die you will. Puzzles and platforming segments are ingeniously designed to push you to the breaking point, demanding not just an understanding of all of Ori’s many abilities but a PhD in their practical use.

The game is built on the same gaming DNA as so many action platformers, with the most obvious influence being the original Metroid series or something from the original Mega Drive days. Ori starts off the with the standard run, jumps and glides, but as the game time grows you unlock new moves and techniques. 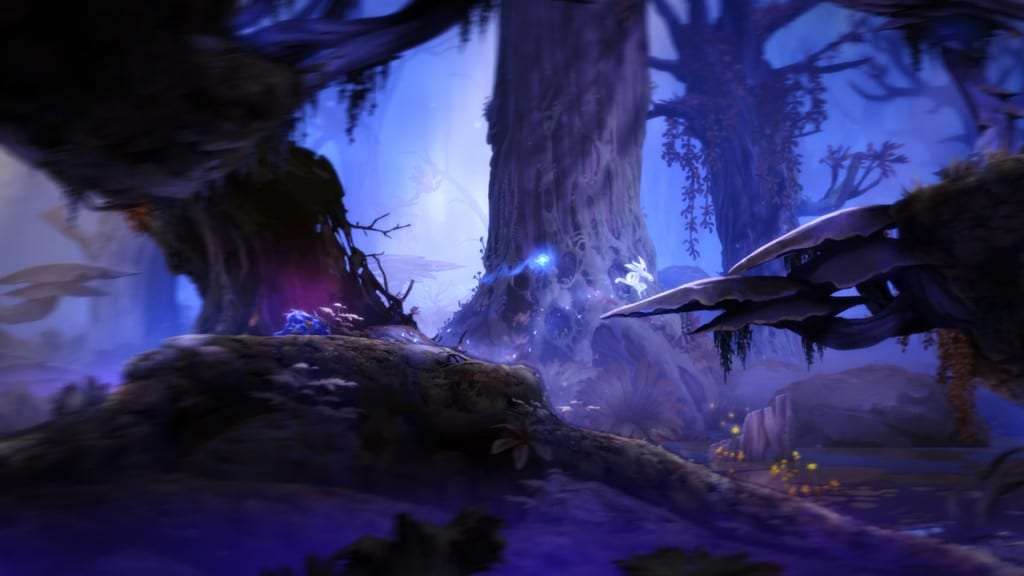 You’ll start out with the most basic of moves, like running at a slow speed and simple jumps, but as you gain experience you begin to learn new moves like wall running, hovering and a sweet group-pound type move. It’s a technique that a lot of games do, in fact it’s almost standard fare these days but it feels like it’s done with such care here and mimics how Ori gains more confidence as the game progresses on.

As you learn more moves and techniques, you’re going to need to become an expert at chaining them all together to get past some of the game’s tougher sections (in the form of environmental hazards like lava or falling rocks), and as I said earlier, unless you learn quick, you’re probably going to die…a lot. 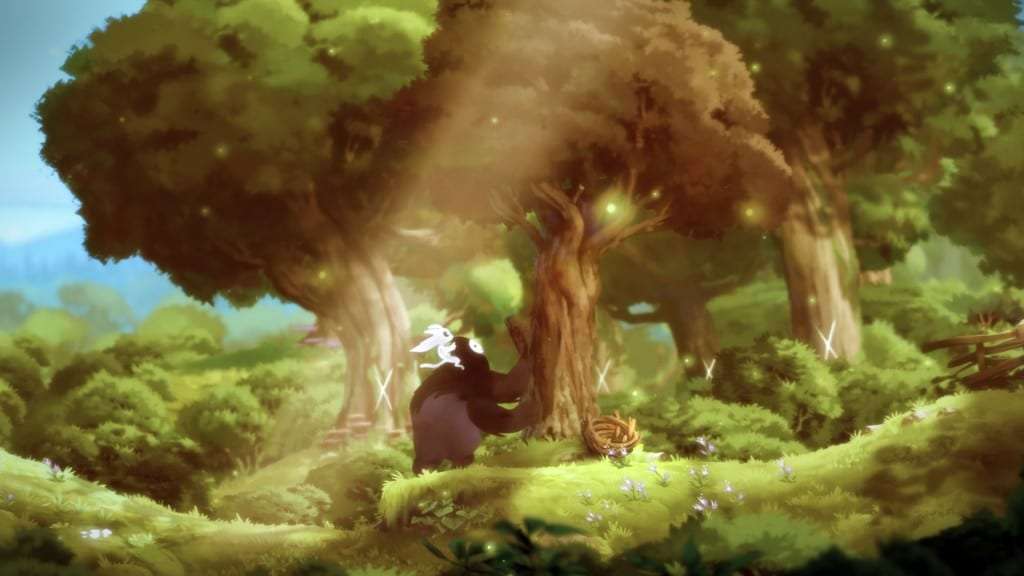 Despite all this, it’s hard to get mad at Ori and the Blind Forest. The game is just so charming, so visually striking and so blissfully hard that you can’t help but fall in love with it, even as it grinds you into the dirt. Though you are likely to invent several new swear words by the end of it, Ori and the Blind Forest never feels unfair, thanks to the game’s precise control scheme.

I finished Ori and the Blind Forest and then quickly sat down to write this, I was that impressed by it. I am always hard pressed to believe the “hype” about games, however Ori and the Blind Forest is one of the best games to come out this generation, let alone on any Xbox One platform. It might not reinvent the platformer wheel, but what it lacks in new ideas, it more than makes up for with loads of charm, gorgeous visuals and an accessible yet challenging campaign. The game finds a perfect balance that both newcomers and long time gamers will enjoy, making it easily recommendable to everyone. Ori and the Blind Forest is a gem that should be on everyone’s short list of “must play” games.