Battlefield Hardline is the latest installment in the Battlefield series by EA and DICE. This time, they’ve enlisted the help of Visceral to develop hardline. For this instalment, Battlefield is a serial cop drama. You heard me right, a cop drama. With a new type of threat, a new type of presentation and more, this is the most different Battlefield ever, but is that a good thing?

Battlefield Hardline really does bring something new to the FPS genre with its single player action. Battlefield Hardline takes cues from cop dramas. It’s all about two officers and, to not spoil anything, let’s just say that things go from good to bad. The story is well acted, the cutscenes look great but it’s not the deepest plot in the world. For the first few missions, it’s hard to see what the plot is at all. The threat is a bit too generic, it’s engaging but it feels like a missed opportunity. 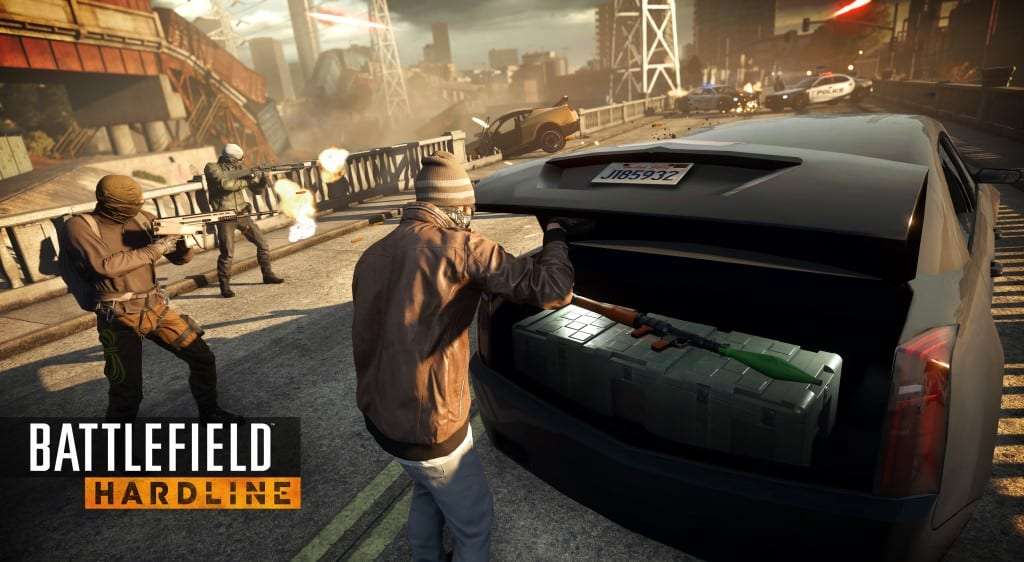 So, what’s new about BF: Hardline’s story mode? Well, the biggest is the addition of stealth and arrests. As you’re a cop, you can flash your badge at up to 3 enemies at a time. They’ll freeze and you can take them down with a press of your right trigger. However, you’ll need to keep your gun pointed at them or they’ll start firing. It’s hard to crack but once you do, it’s a far more rewarding way to play the game.

With the addition of the police scanner. you can scan objects to investigate them, mark enemies on the map and high value targets that if you take down with your badge and arrest them, you’ll get bonuses. Except, those bonuses are for guns. In fact, it’s impossible to finish the story without killing anyone. It’s frustrating that you can’t do that, and that your rewards come in the form of lethal weapons. I wanted to have the choice of being a good cop, favouring stealth. Instead, the story and gameplay becomes more and more linear. The scanner is, at best, tacked on. 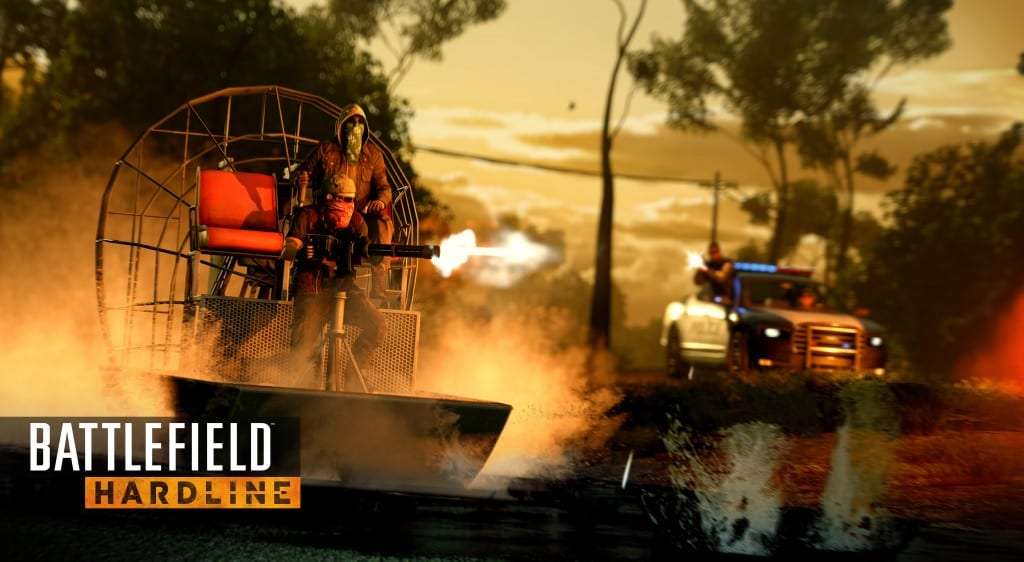 Saying that, the story is enjoyable if you take it for what it is. It’s without doubt the best single-player campaign that we’ve seen in Battlefield. The editing, style and flair of presentation is great. Even the gameplay is edited. Instead of going from A to B on foot, you’ll have an event at A, cut scene and then you’re instantly back in the action. It sounds dull but it removes those tedious scenes from the game and keeps the pace up.

The single player has such good ideas, but it’s the Battlefield licence I think that hampers it. I’d love to see Visceral (the developers in collaboration with DICE) take Hardline 2 away from the Battlefield franchise. It’s not a great fit and I think with the freedom it could bring, it could make for a killer game. I can only review what I have in front of me though. It’s smattered with good and bad ideas. It’s fun, it looks great and it will hold your attention for 8 hours. Those frustrations can and should be looked past, there’s a great game underneath.

Now for the meat of the game, multiplayer. Instead of the full-fat Battlefield 4 multiplayer, Hardline is trimmed and lean. With the endless amounts of guns cut, maps considerably smaller by comparison and the amount of game modes thinned out we should be left with a stellar piece of gameplay.. 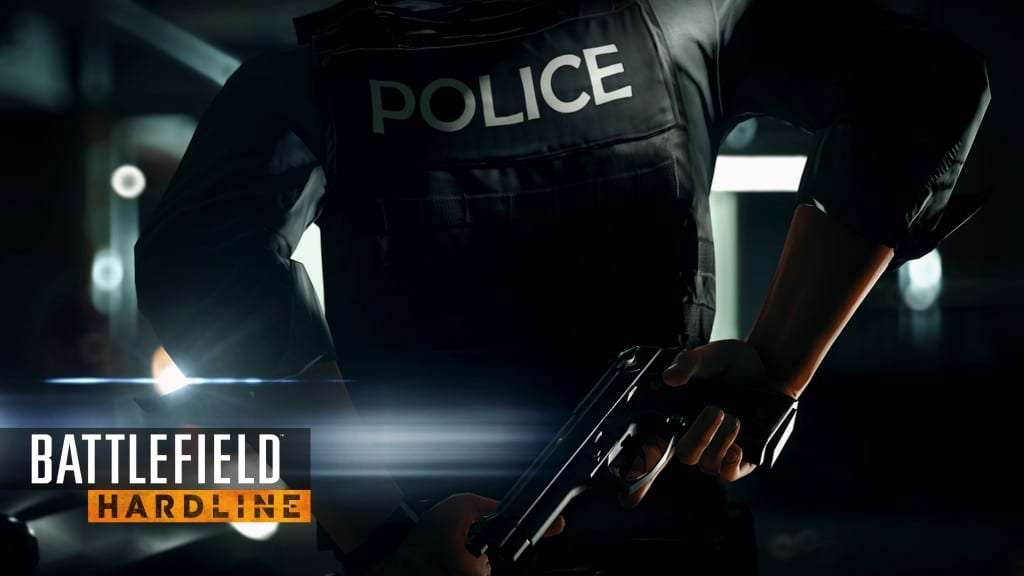 Now, I’ve sunk about 45 hours so far so yes, it does hold your attention. The progression mechanic from Battlefield 4 is still here and is still rewarding. It plays well, if you die, it feels like it’s your fault, not poor coding or cheats. The guns still feel fantastic, and there’s still a decent level of customisation left. The difference comes in each side having its own weapons which I can see why this matters, why would the police have the same weapons as the enemy? It’s logical, but it stops you from developing a play style with a gun as you constantly have to switch to other guns. 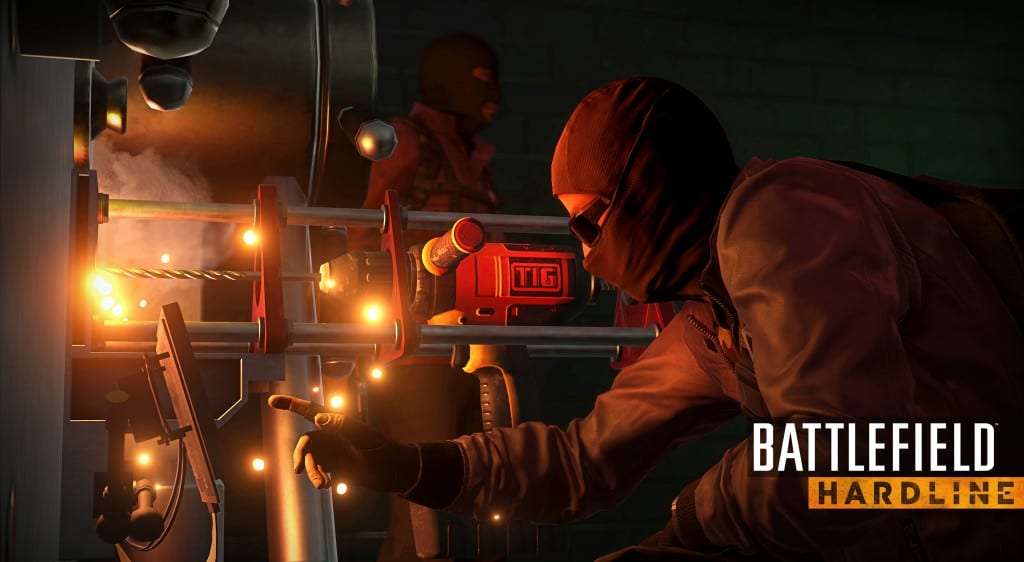 The maps, they’re simply not at the same level as Battlefield 4. Apart from the bank level from the open beta, every map feels like it needed an extra month of work on. The bank level is so detailed, so interesting and fun to play, I’m frankly surprised how generic some of the maps are in comparison. That’s where my nit-picking ends, and it really is nit picking. It’s not the best multiplayer FPS out there, hell, it’s not even the best Battlefield multiplayer out there but it’s still fun. It does try something different, it feels fresh and I think it’s exactly what Battlefield needed after Battlefield 4.

Finally, I’m glad to report that none of the connection or bug issues have affected me in Battlefield Hardline. This has been a fantastically smooth launch, good job EA! The beta really was worth it.B

Overall, Battlefield Hardline is a fun joyride. It’s fun, plays well and I really admire it for trying to do something different in the genre. There’s a lot of potential here, that’s why it’s frustrating when it doesn’t shine. It’s an easy to like game when it’s at it’s best.