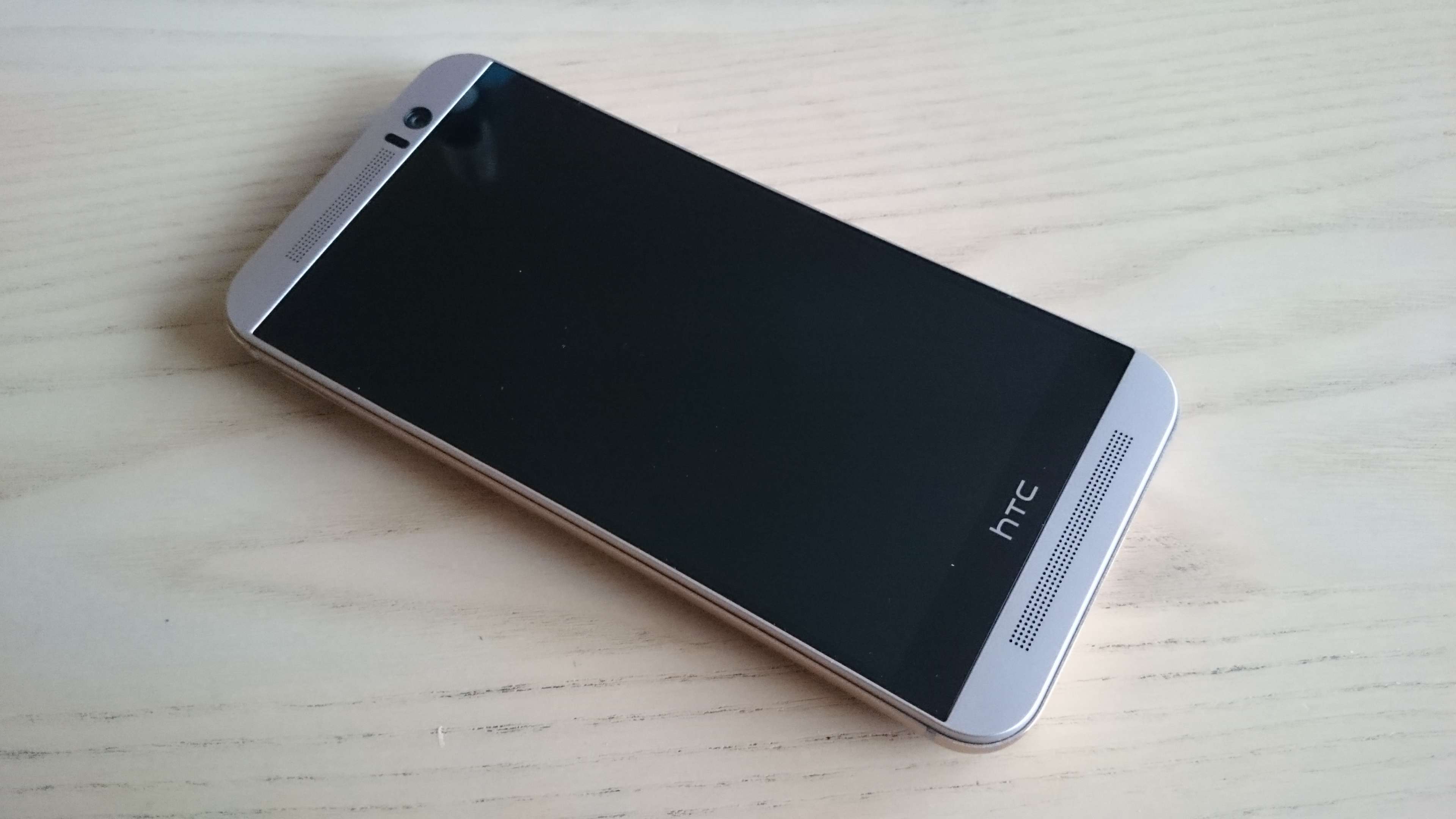 The successor to the extremely popular HTC One (M8) is here and it is known as the HTC One M9. At first glance you might be hard pushed to spot the differences between the M8 and the M9, but look at bit longer and it’ll become plain to see.

The Hardware
There’s been a few changes in the hardwear dept. What hasn’t changed is the 5inch 1080p screen that’s flanked top and bottom by HTC’s now renowned ‘BoomSound’ speakers which now feature Dolby Digital Surround. This is a nice effect that really throws the audio around your head when watching Youtube / Film Trailers. Above the screen we have the standard sensors and a 4 Ultra Pixel ‘selfie’ camera. HTC have moved the Ultra Pixel tech to the front this time to help with Selfies. I have to say in low light situations the Ultra Pixel tech works great for a selfie camera. 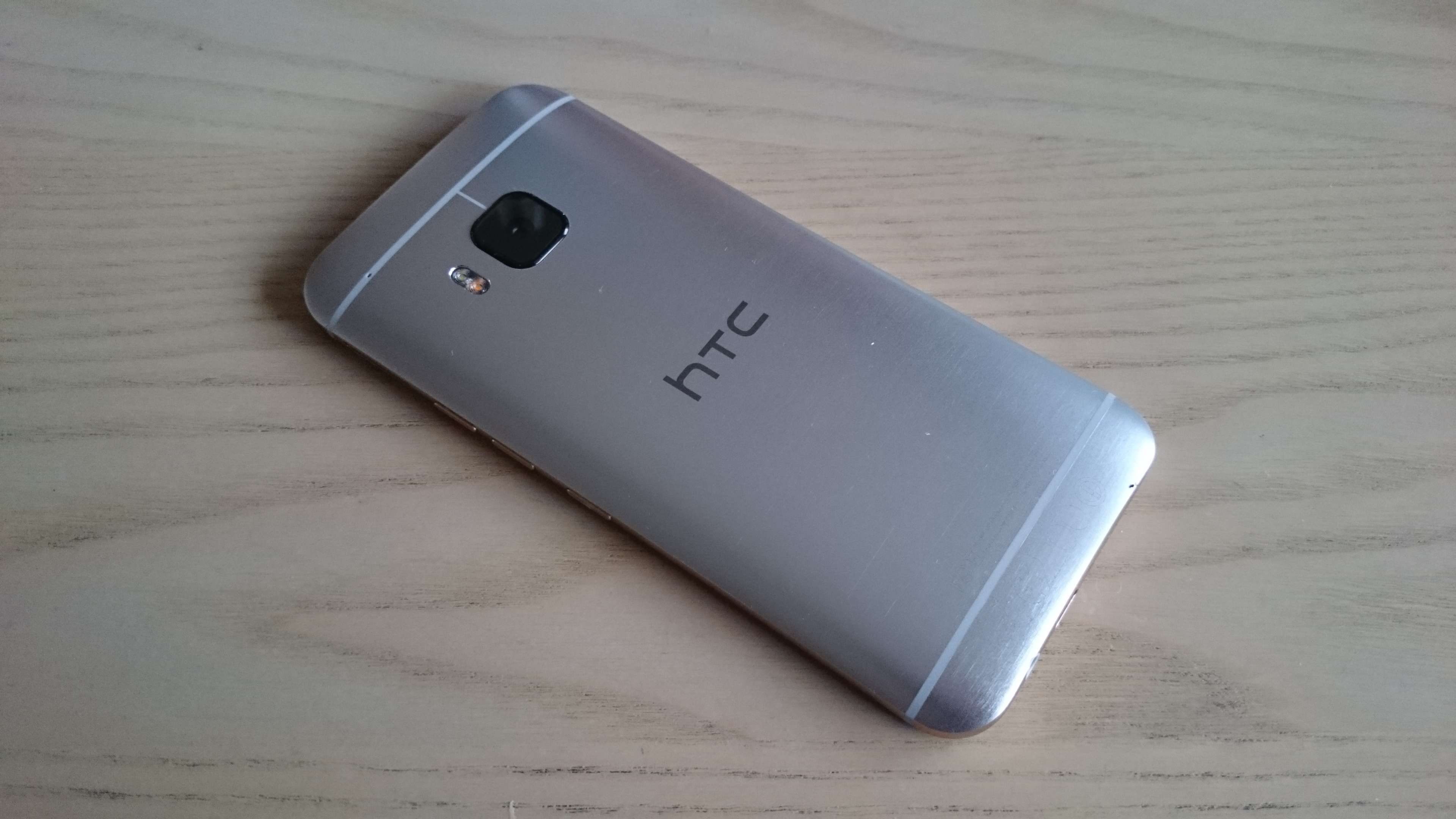 Going to the rear of the phone, HTC have replaced their Ultra Pixel with a standard 20.7mp camera. Personally, I’m really happy with the shots produced with this camera. Yes, there’s better ones out there that take better low light shots, but for the majority of shots, the M9 took nice, bright, clean photos with good colour reproduction. NOTE: HTC have updated the camera app to be able to capture RAW photos, which is nice! 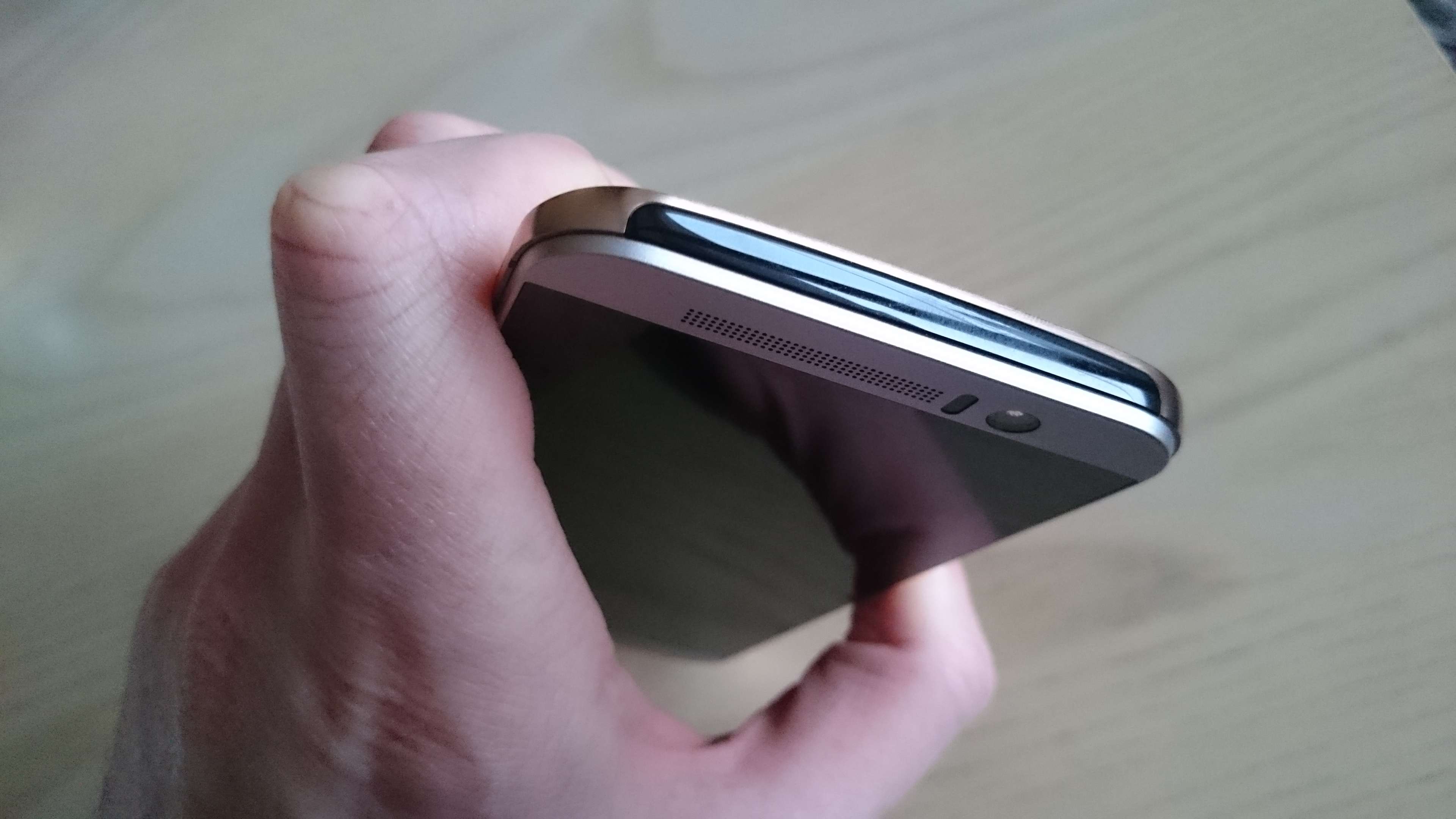 At the top of the phone is just the IR Blaster and on the bottom we have the Micro USB and 3.5mm headphone jack. HTC have wisely moved the power button to the right hand side of the phone, along with the volume up and down button. While this placement is much better than that of the M8, I found the button to similar in size and feel and kept pressing the volume buttons when I was trying to unlock the phone. 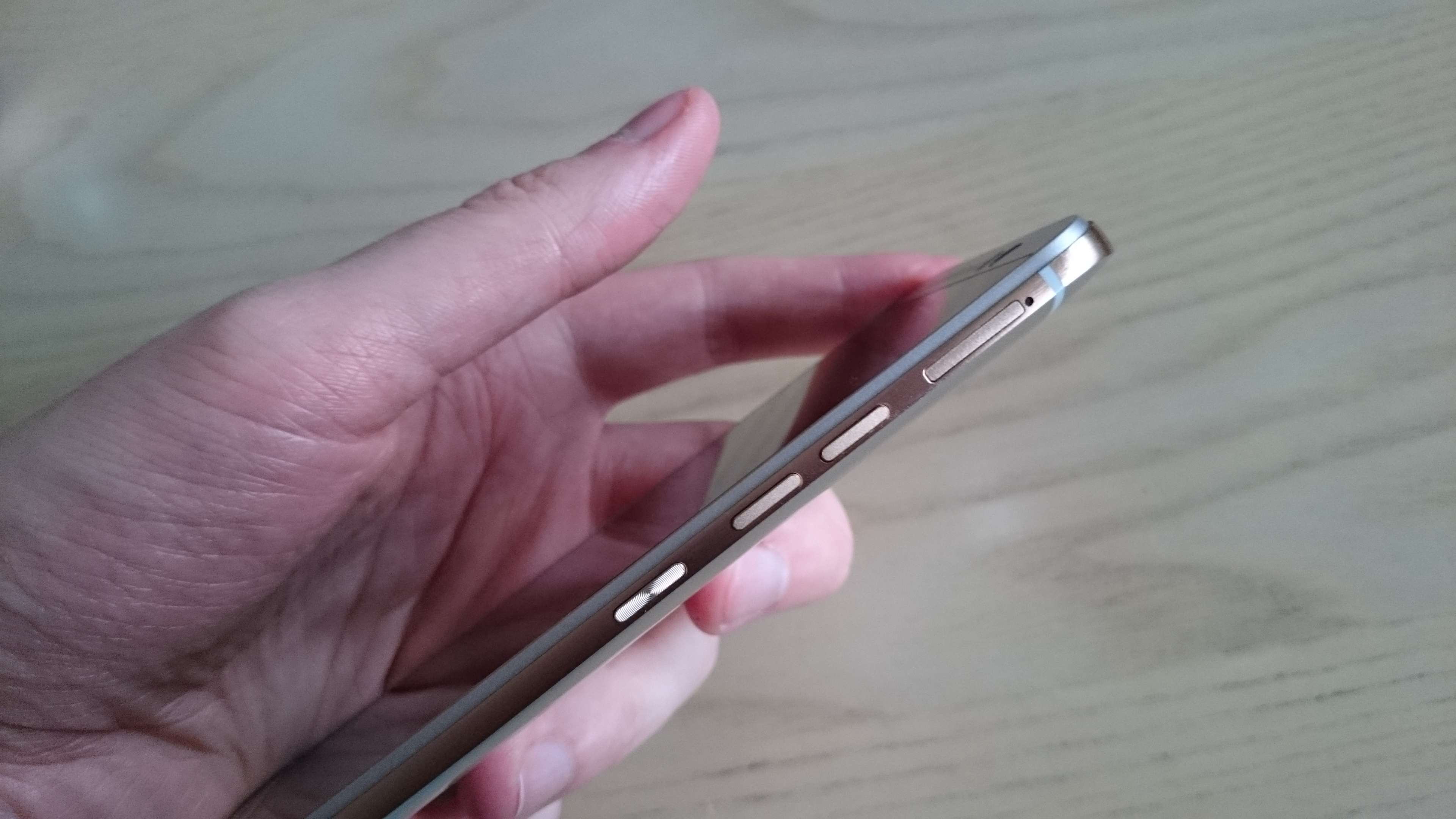 Looks wise, HTC have gone for a nice 2 tone finish. When I saw the press shots I didn’t think I’d like the 2 tone finish of Gold on the side and silver on the back. Compared to the M8, the M9 is much easier to hold thanks to the more angular sides and textured back. There’s also a step in from the sides to the front of the phone. While the speaker grills side of the screen might look like silver metal, it is in fact a ‘high quality’ plastic according to HTC USA. It’s not a bad thing, but I’d be concerned with it getting worn down / stratched over time. 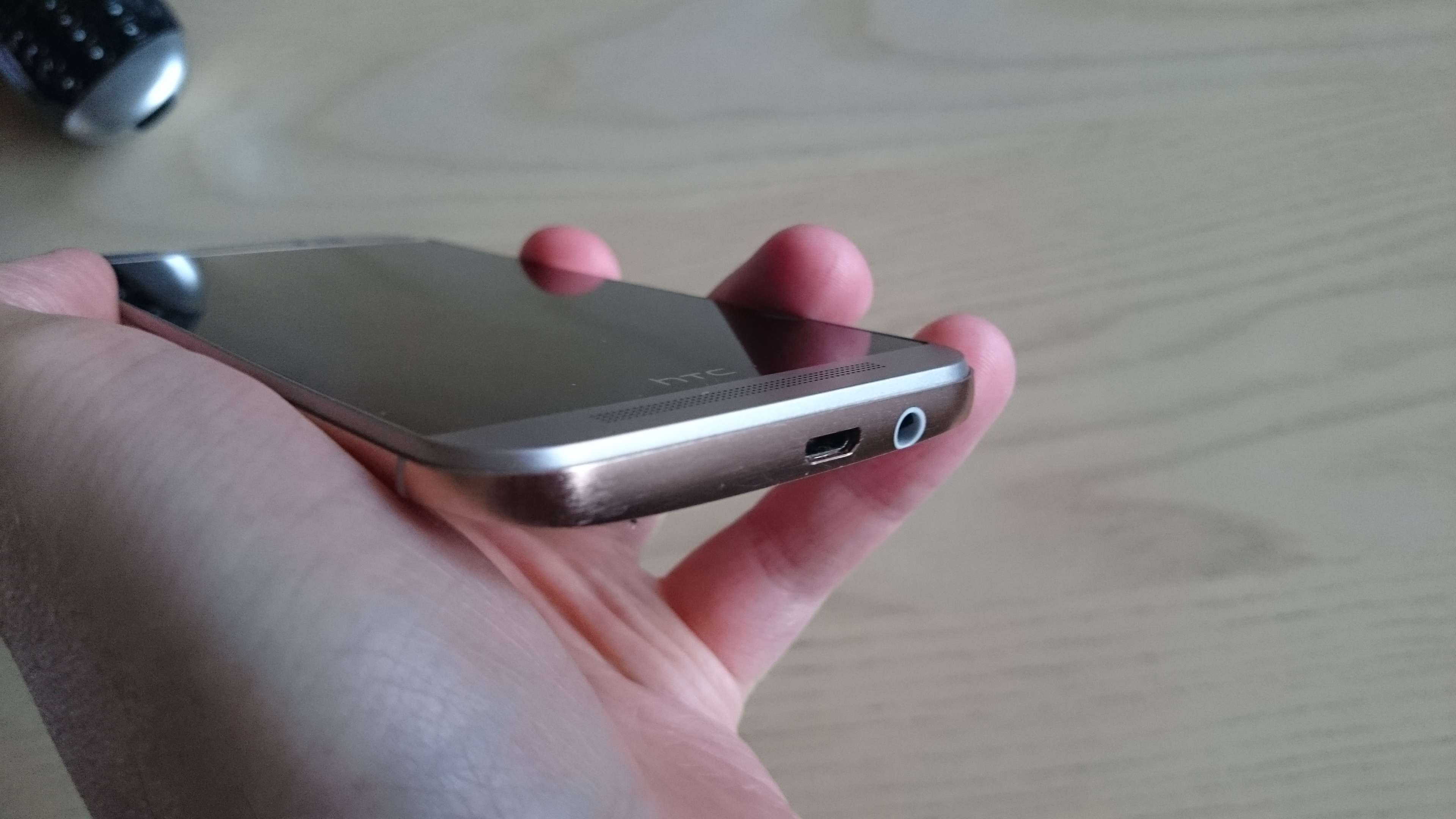 Other than that, you will find a Snapdragon 810, 3gb of RAM, 32gb of internal storage (NOTE with only 21gb actually usable), a 2840mAh battery (that’s ok-ish, but that could be more to do with Lollipop 5.0.2 than anything else), and the usual LTE / Wifi radios.

The Software
The M9 comes running Android Lollipop 5.0.2 with Sense 7 running on top. Personally this is my favourite version of Sense (and HTC have said that Sense 7 will come to the M8 later in the year). It is missing some of the stock Lollipop features (e.g. user profile pic in the status bar) and the animations are not as nice as the stock lollipop (sense 7 tends to ‘zoom in / out’ where as stock lollipop has a nicer slide up / down animation which I personally perfer). 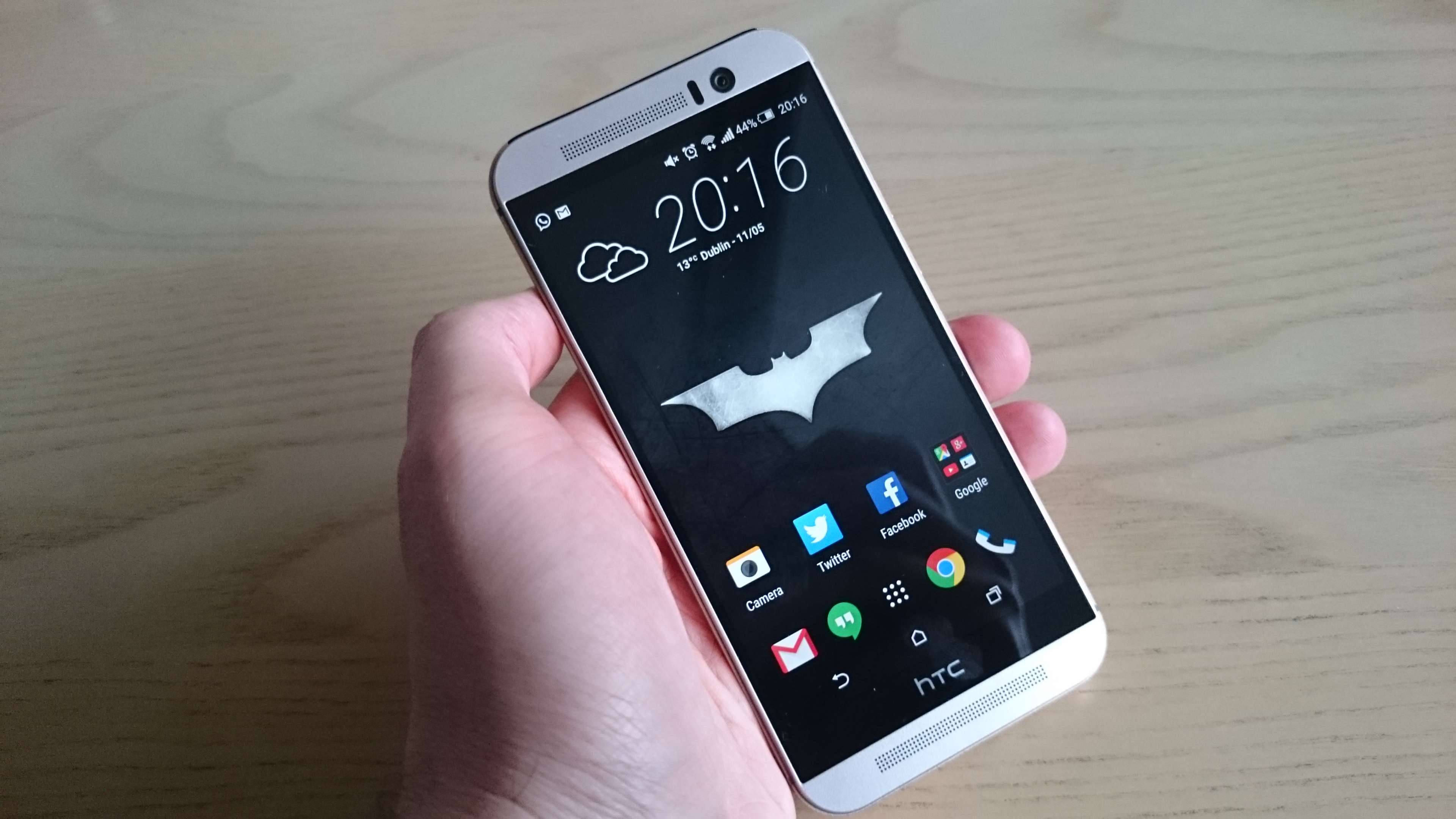 I’m not going to get into a whole Lollipop review here, but it’s a really nice update from Kitkat, but visually and functionally. I’m looking forward to 5.1 as it has a number of fixes that can only make the phone better. 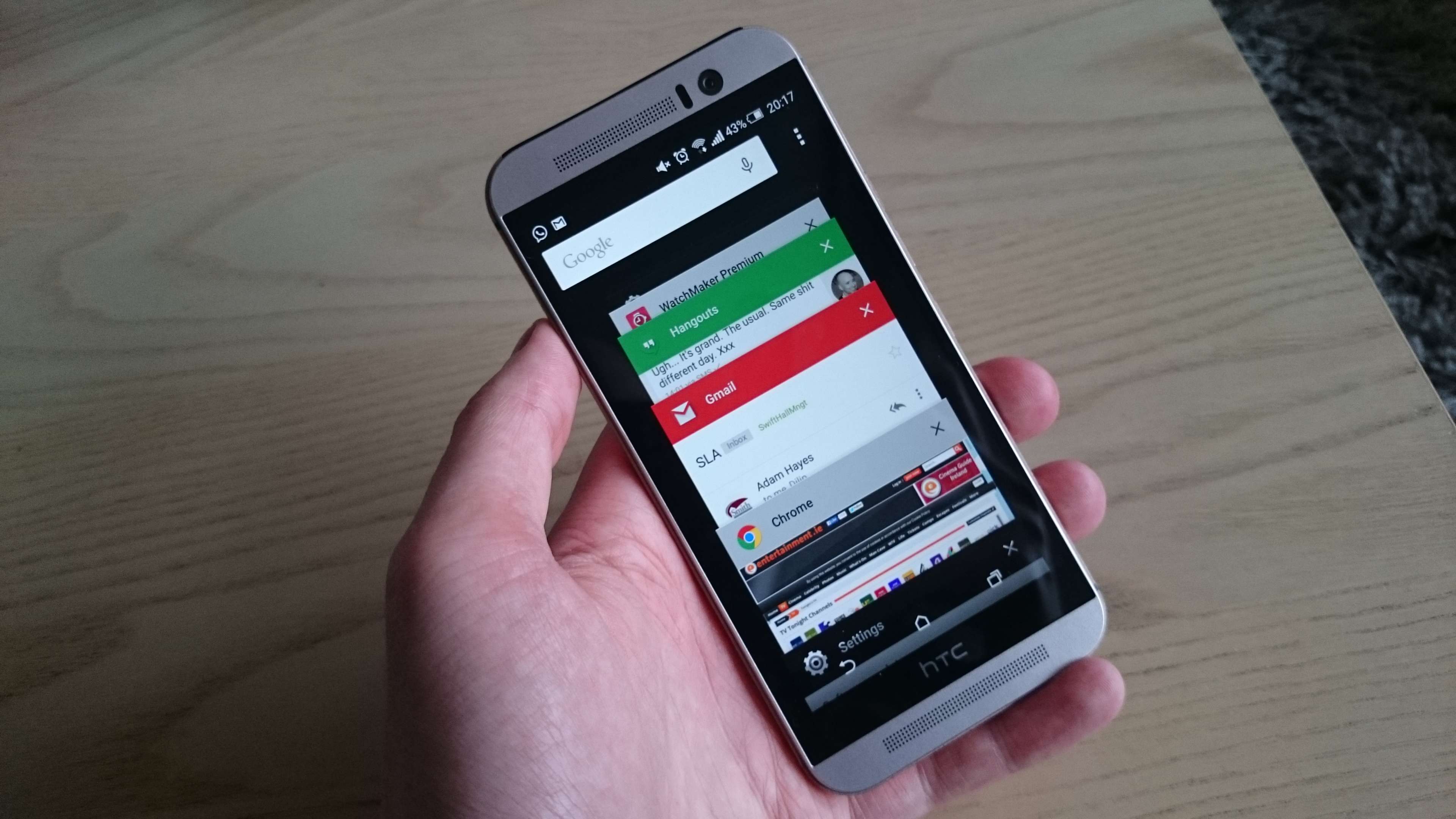 Conclusion
If you’re on an M7 and due for an upgrade the M9 is a really nice update and you will notice a big improvement in most areas. If you’re currently rocking an M8, then it’s a tougher one to call. Yes there is some upgrades, but enough to upgrade, it really will be up to you!