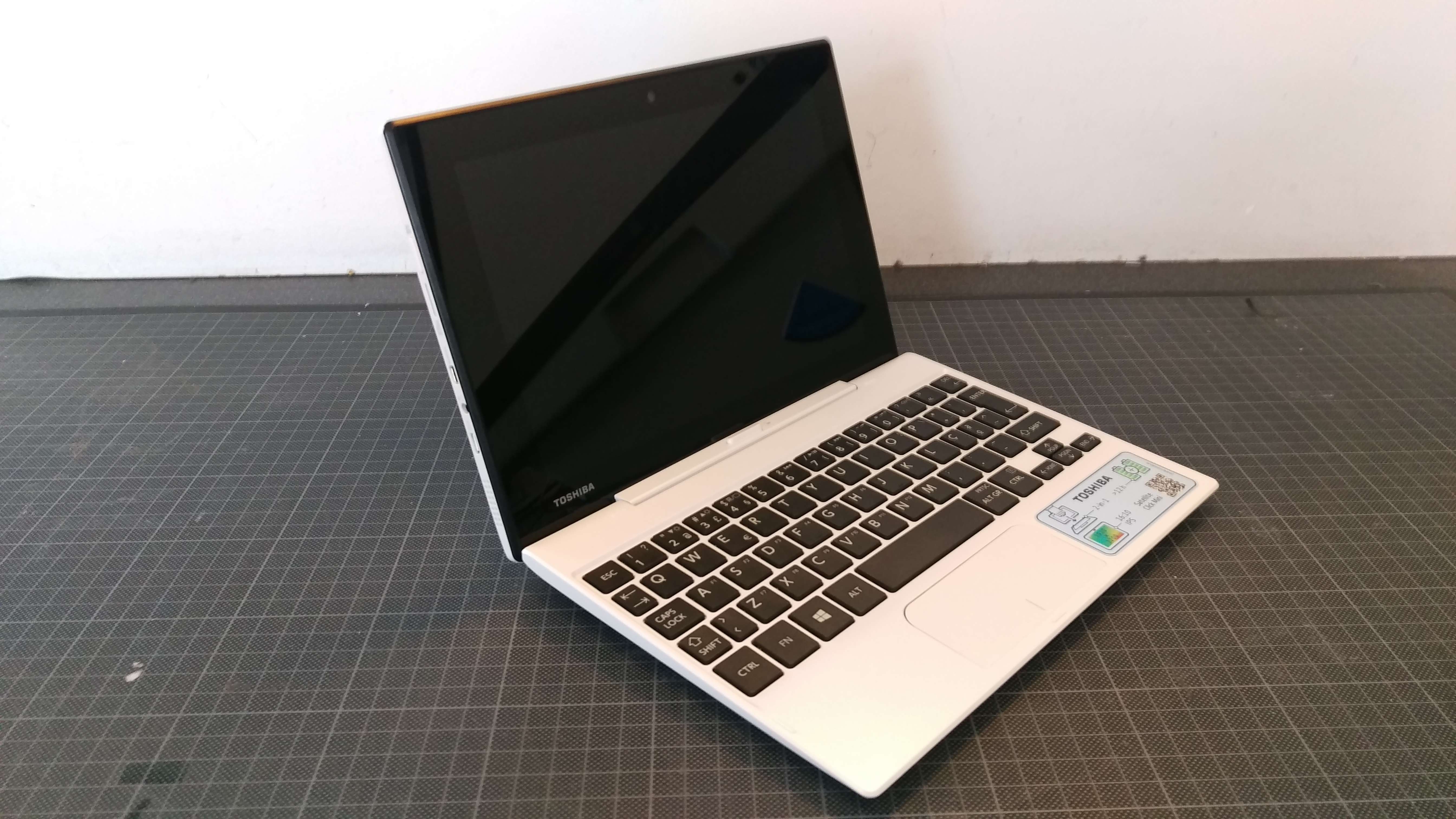 So we managed to get some hands on time with the new Toshiba Satellite Click Mini and, as the name suggests, it’s a mini laptop hybrid with a detachable screen that also boasts 16/17 hours battery life which we definitely wanted to test out. Are these type of hybrid devices the way of the future? Read on to find out.

The Satellite Click Mini is a peculiar little thing but also feels quite robust. As I mentioned earlier, the screen on the device is detachable and becomes a fully-functioning tablet once detached. It’s the tablet itself that houses all the software along with it’s own standalone battery. 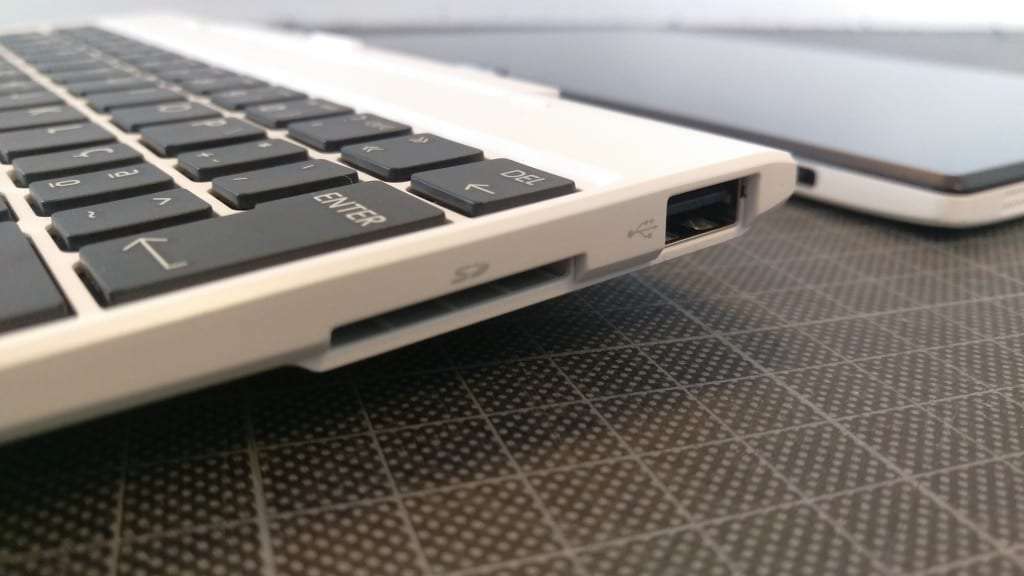 The keyboard dock also has its own battery so once the two are joined back together, you can get a combined battery life of 16 hours. In our tests, we came pretty damn close to this and were very impressed by the battery life overall.

The hardware itself is definitely not as pleasing on the eye as other 2-in-1 hybrids out there and it weighs quite a bit when in laptop mode but overall, it’s functional and gets the job done. You get an 8.9″ ‘better than’ HD display at 1920×1200 that is nice and bright with a brightness of 350 nits so you won’t have any issues reading text on it. The device comes with 32GB of storage which is fine for those of you working in the cloud and you can also expand the storage with the SD and Micro SD card slots on the keyboard and screen respectively. 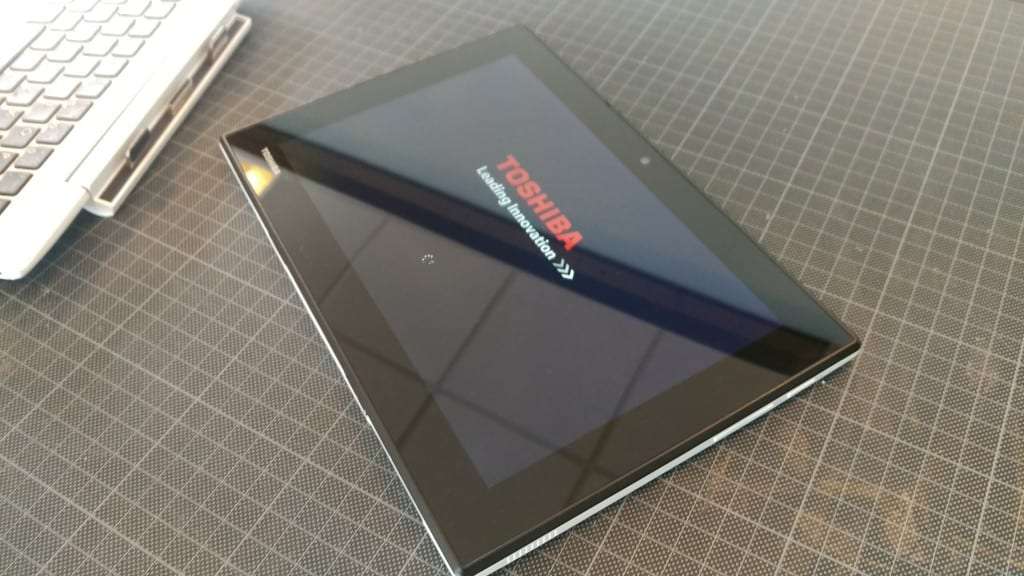 There is also not only a camera above the screen for video chats but also one on the back of the screen for when using it in tablet mode and you want to catch a quick snap of something. The quality isn’t going to blow your socks off but it does get the job done. 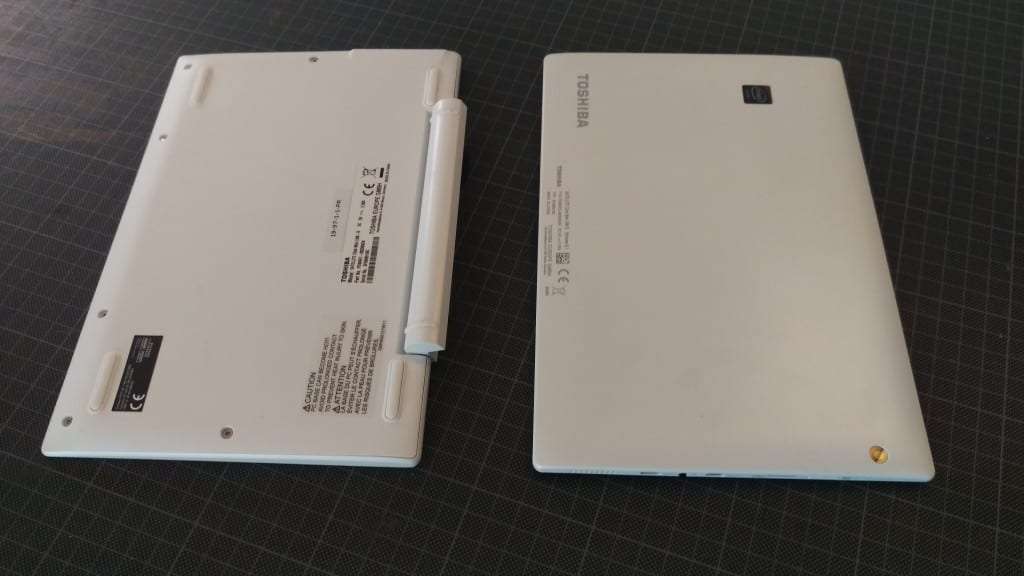 You also get a micro USB port for charging, headphone jack, Micro SD card slot (as previously mentioned) and stereo speakers. On the keyboard, there’s a full-sized USB slot and a SD card slot as well. We found this amount of connectivity options impressive taking the devices size and footprint into consideration. 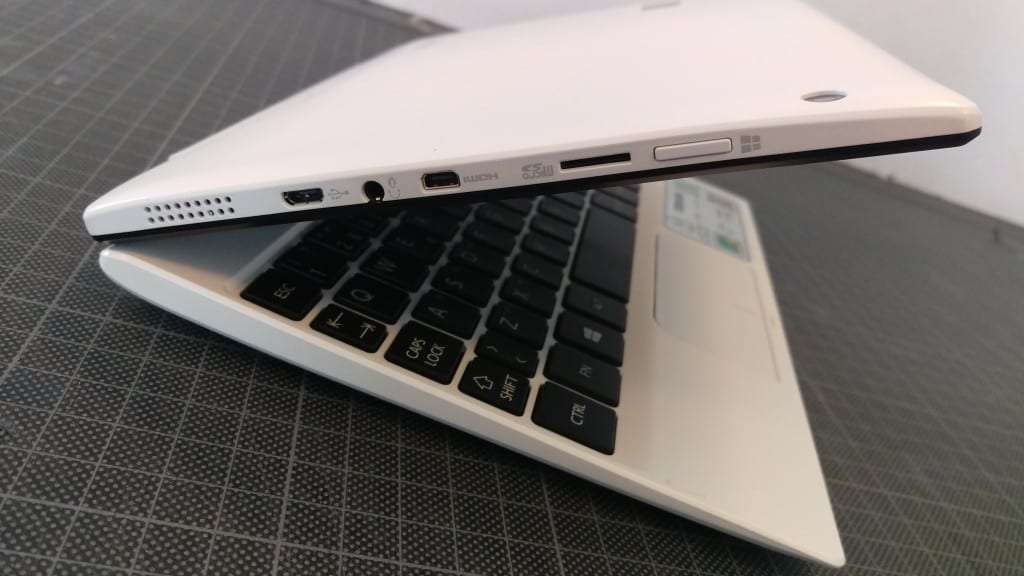 The Click Mini is running Windows 8.1 with Bing on top of a Intel Atom processor. The screen is responsive in the majority of the programs and overall performance is quick and reliable. The device worked pretty seamlessly going from tablet to laptop mode and was able to run multiple apps without much issue. 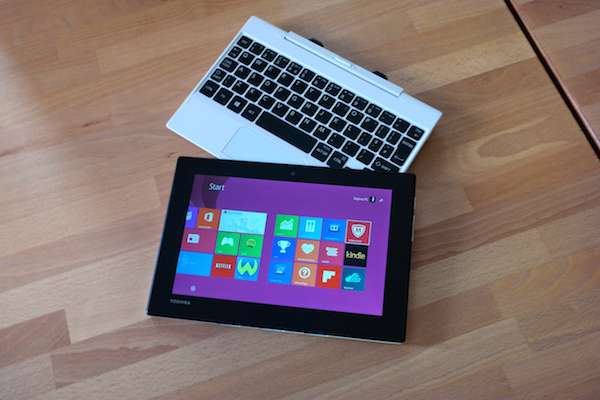 You also get a 1 year subscription for Microsoft Office 365 Personal so you’ll be able to get your college/office work done on the device also if needs be. Admittedly, the screen is maybe on the small side but the high resolution more than makes up for this.

The simple fact the Click Mini can be used as both a tablet and a laptop really adds so much to the various ways and times you can use the device. We found ourselves using the tablet section for movie browsing whilst sitting on the couch and used it in its laptop form when commuting to the office and with the extra long battery life, we never had to worry about getting to a wall socket. 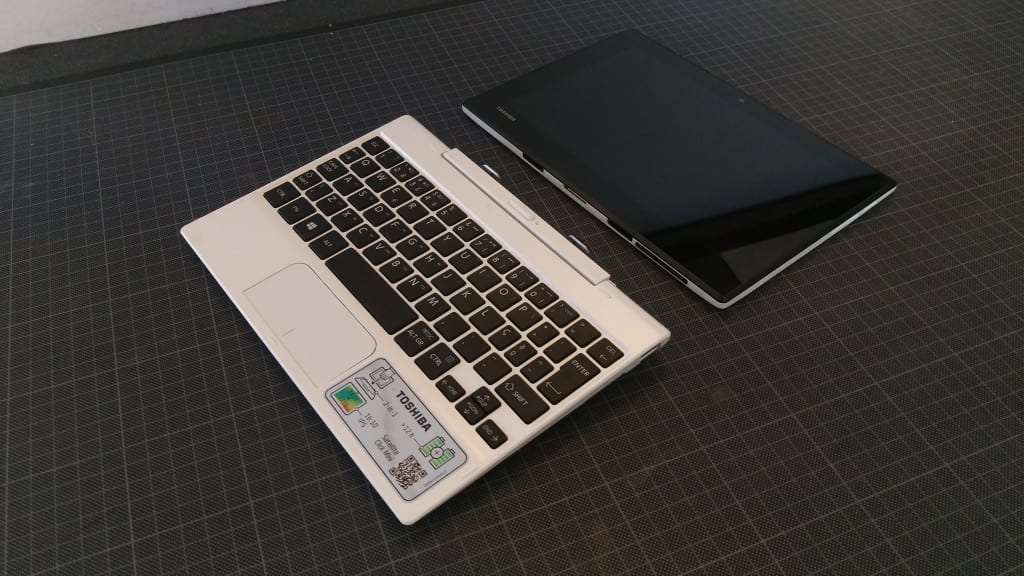 Overall, the Satellite Click Mini is a commendable piece of kit. It sits in quite a new device market but we definitely see its size and battery life making it a good choice for students on the go and even a couch-side companion that can do more than browse the web. The inclusion of the Microsoft Office 365 Personal license is a nice deal-sweetener and at €349, it really is a interesting and well priced package.

The Satellite Click Mini can be picked up in Powercity, DID, Harvey Norman and Soundstore. Here are the official specs on the device: