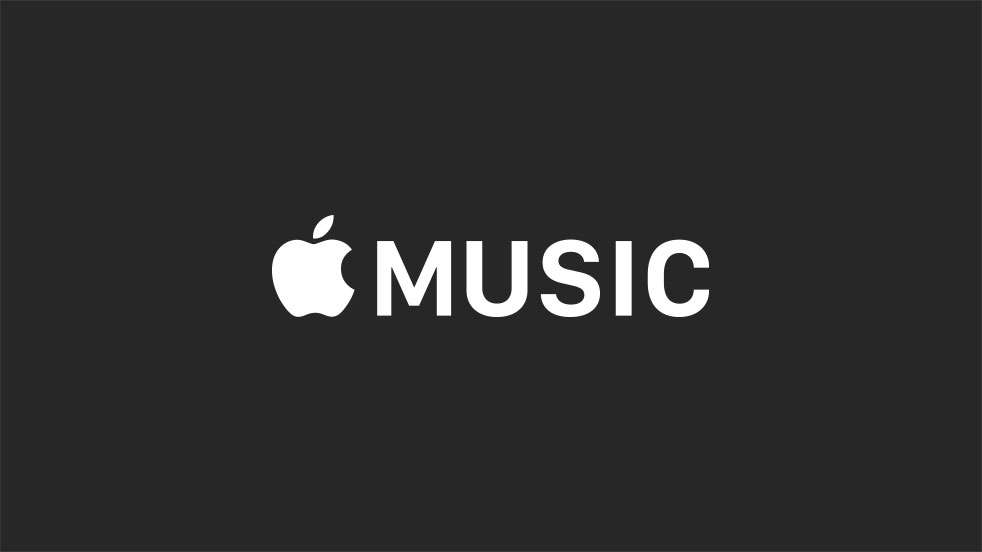 WWDC happened today in sunny San Francisco and Apple had a ton of software to show off at the event including OS X El Capitan, iOS 9, watchOS and Apple Music. Without further ado… 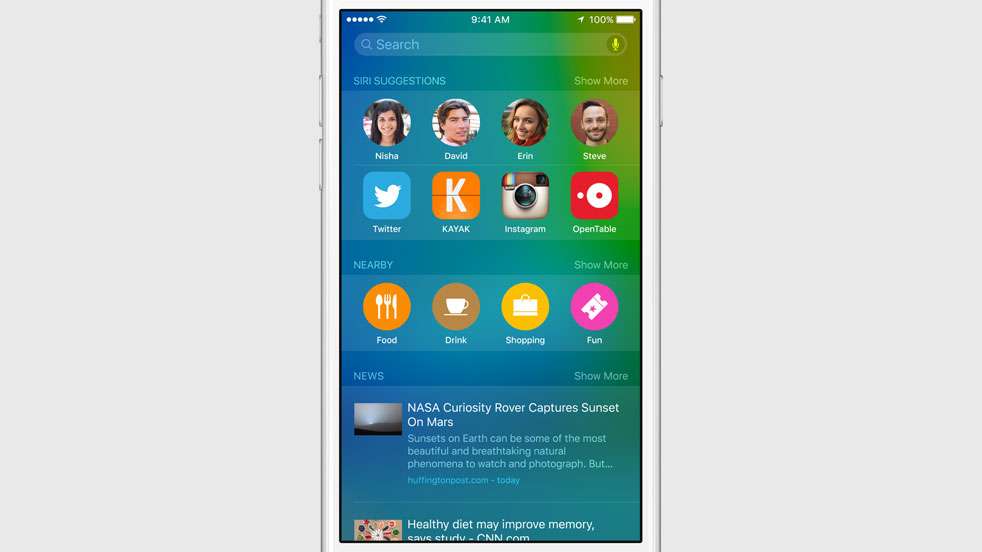 iOS 9 will mark the point where Apple’s OS gets intelligent. Starting with ‘Proactive’, by swiping left to right, you’ll find a new search screen pre-populated with suggested contacts for right now, suggested apps, locations and trending news stories. Think of it like Google Now but mostly on your phone, not in the cloud. Proactive also can send you notifications like a dinner across town and when you’ll need to leave, that’ll also pop up on your watch too. Spotlight has been upgraded just like it has on OS X with the ability to search inside your apps for the first time. Looking for that tweet we posted a week ago? You’ll be able to find it within Spotlight which is pretty damn handy. It’s also privacy friendly with your content staying on your device, and any contact with the internet is anonymised. 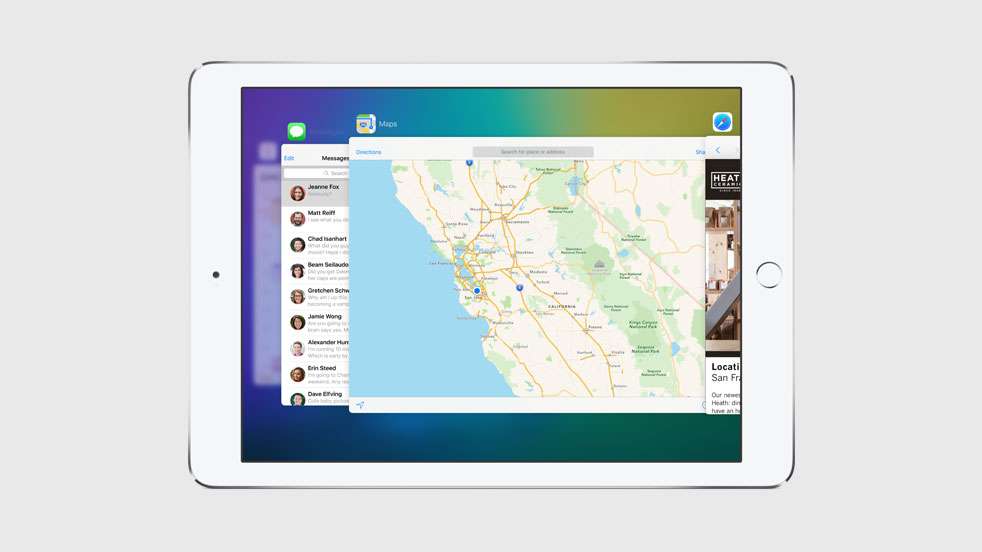 iOS 9 also features upgrades to notes, a new multitasking switcher, a power saving mode and better battery life but most exciting, multi-window support on iPad. Taking a cue from Microsoft’s surface, you’ll be able to swipe in an app and multi-task using two apps. You can even take video Picture in Picture, no matter what you’re doing. 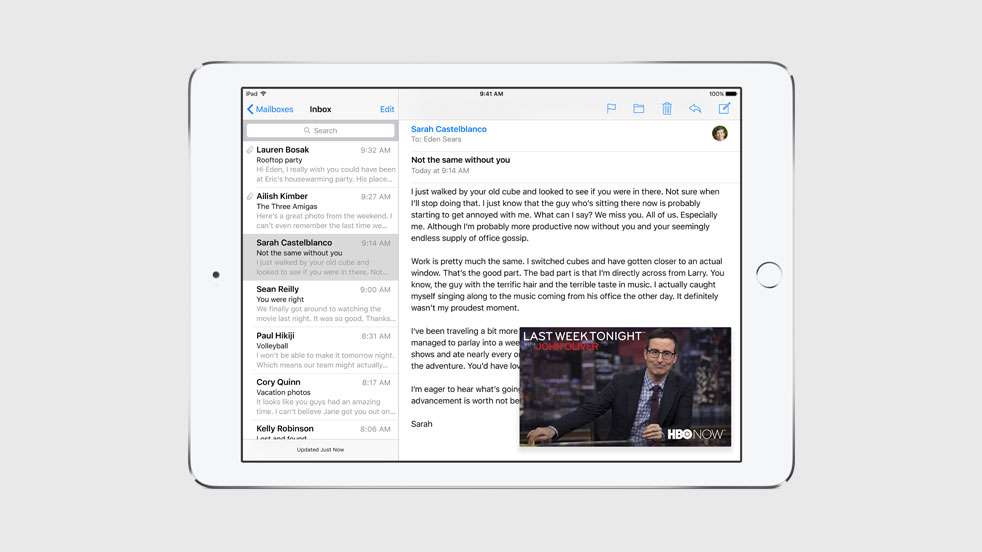 This really is going to keep the rumours of a 12” iPad Pro alive. The download size has been shrunk down to under 2GB, there’s a new News and Wallet app, transit directions for Maps and Apple Pay will come to the UK soon. Fingers crossed it crosses the water soon. 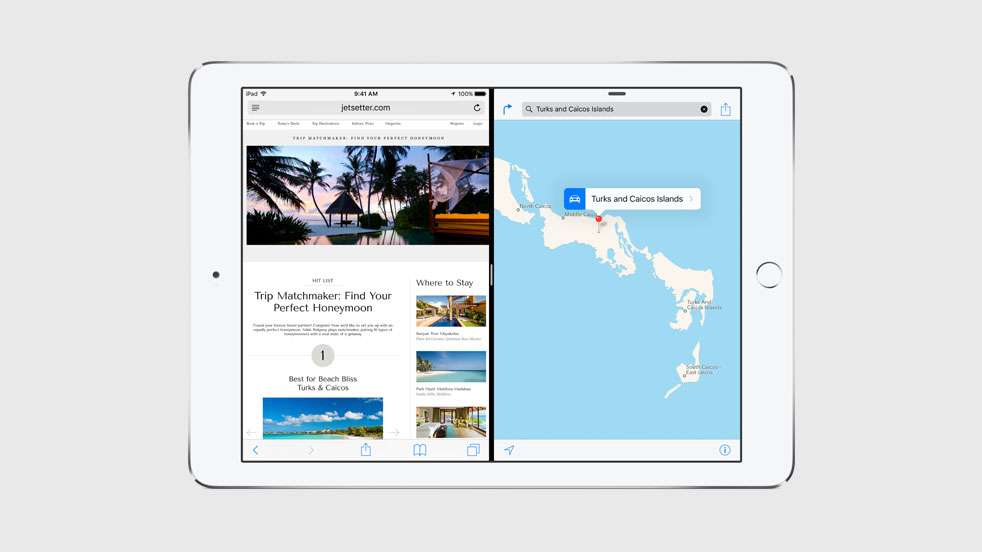 iOS 9 will be launching in Autumn and will be free for all iPhone users from iPhone 4s up and iPad users from iPad 3 up. There will also be a public beta available soon at beta.apple.com

Apple finally announced a streaming service for Music and Music Videos called Apple Music. It lives in the Music app and features access to the iTunes catalogue, powerful recommendations, curated playlists by artists and tastemakers and a new way of connecting with your favourite artists. Apple’s not only taking on Spotify, Tidal et al, they’re also taking on Instagram, Tumblr and Twitter. That takes guts. 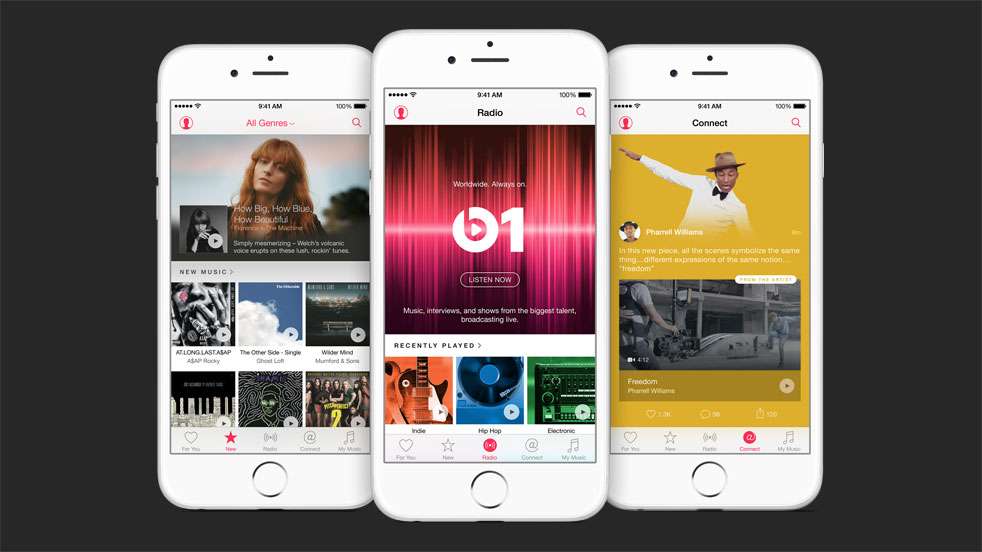 It also marks the first Apple app released for Android too, this could mean that the iTunes store also comes to Android for the first time too. Is it too much to hope for Airplay?

What makes it different? Well, those curated playlists and Beats1. Beats1 is a 24/7 global radio station anchored by Zane Lowe of BBC Radio 1 and MTV 2 fame. Surprisingly, Beats1 will be available for free to everyone. 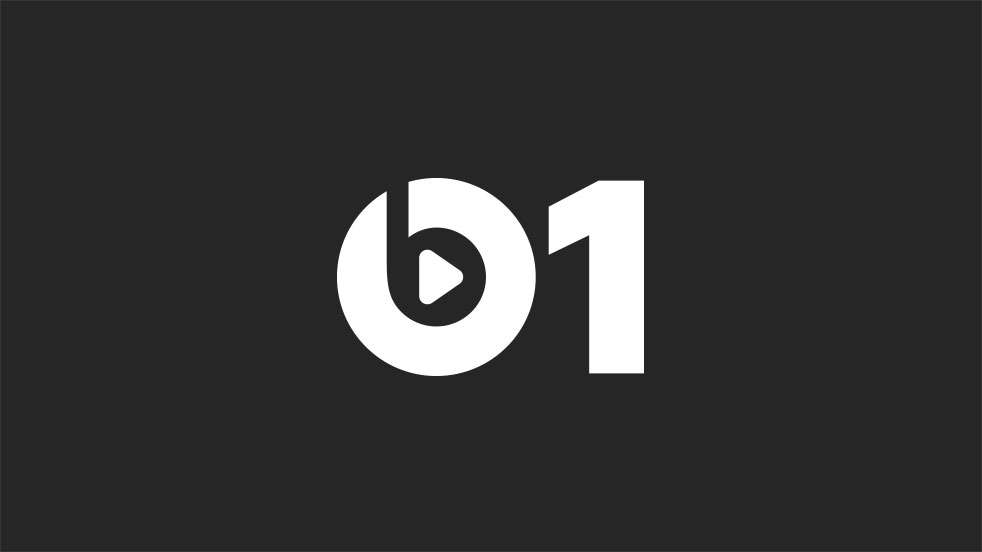 That exclusive artist connect content and the eventual premiers and pre-orders Apple will arrange. What isn’t too different is pricing. €9.99/month for one person and €14.99 for a family of 6. While the family offer is good, the catalogue is pretty much going to be the same as Spotify or Tidal barring exclusive content and music videos. It’s not a massively compelling offering right now, but we’re betting Apple isn’t going to stay still with Apple Music. 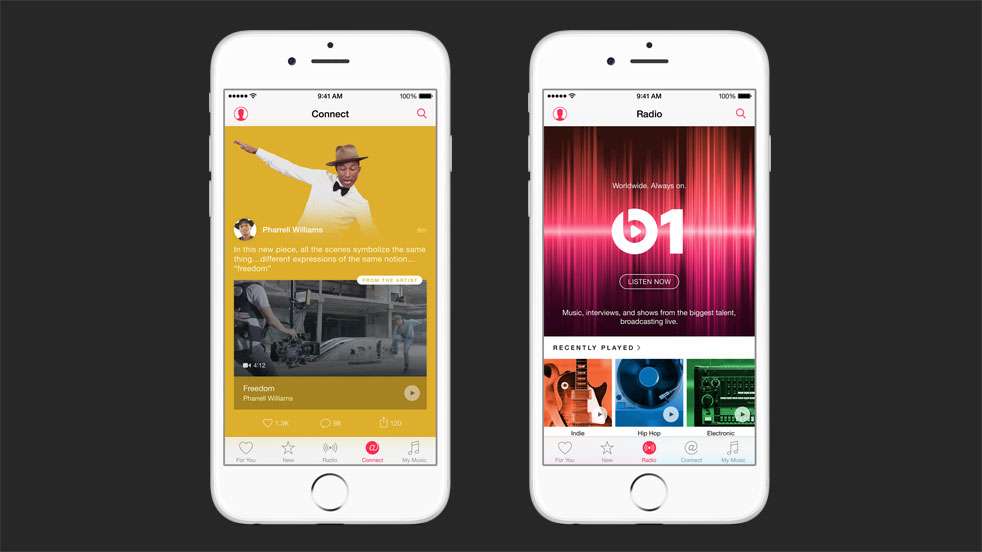 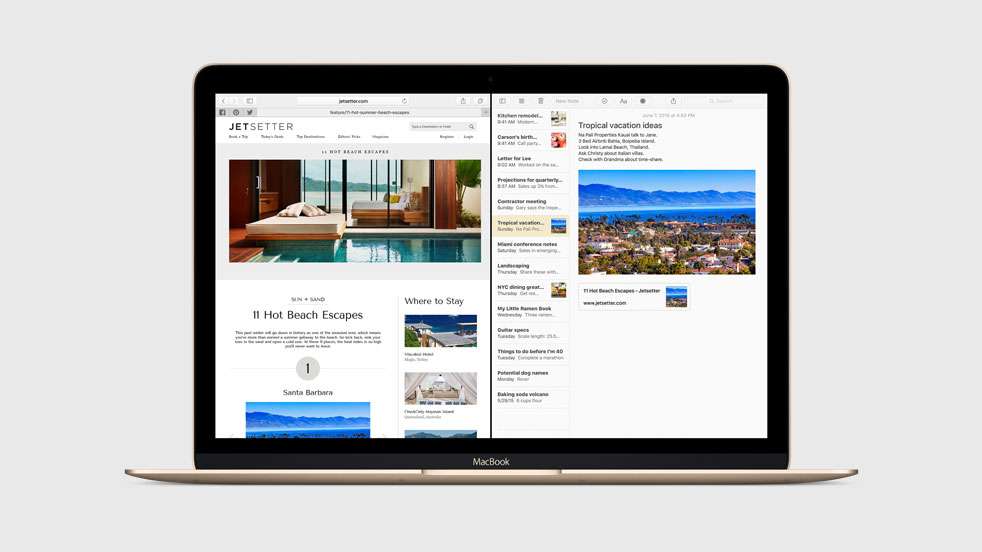 On the experience side, Apple’s added a few new features including pinned tabs and tab-audio muting for Safari, a more intelligent Spotlight search, a new Notes app, some mail improvements and some Windows’s esque window snapping, resizing and improvements to Mission Control. Nothing major. 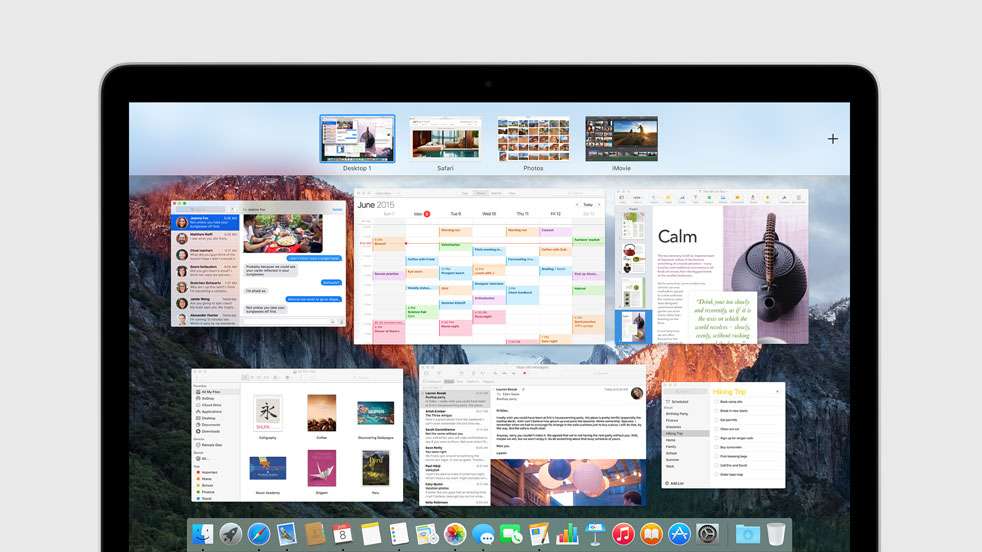 On the performance side, apps will open 1.4 times faster, PDF 4x faster and generally things are going to be much snappier. Metal is also coming to the mac hot off the presses of it’s iOS launch last year. It’s going to enable better games on mac and faster processing for apps which will be welcome news to many creative industries.

As always, OSC El Capitan will be launching in Autumn and will be free for all Mac users. There will also be a public beta available soon at beta.apple.com 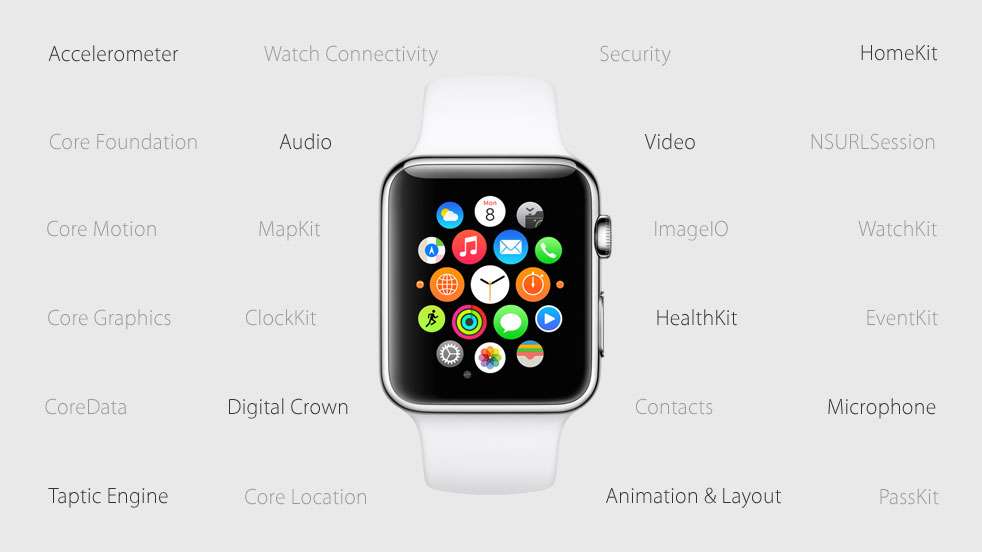 While the Apple Watch STILL isn’t available in Ireland (hence why it’s last in this round up!) there’s already been details on the next OS to run on the watch. There’s been a few upgrades like 3rd party ‘complications’ on the watchface (aka widgets) just like how much charge your electric car has left. Apps can now run natively meaning they’re much faster than just being streamed off your phone. They’ll be able to access the digital crown, microphone, speaker, accelerometer and just simply look better. 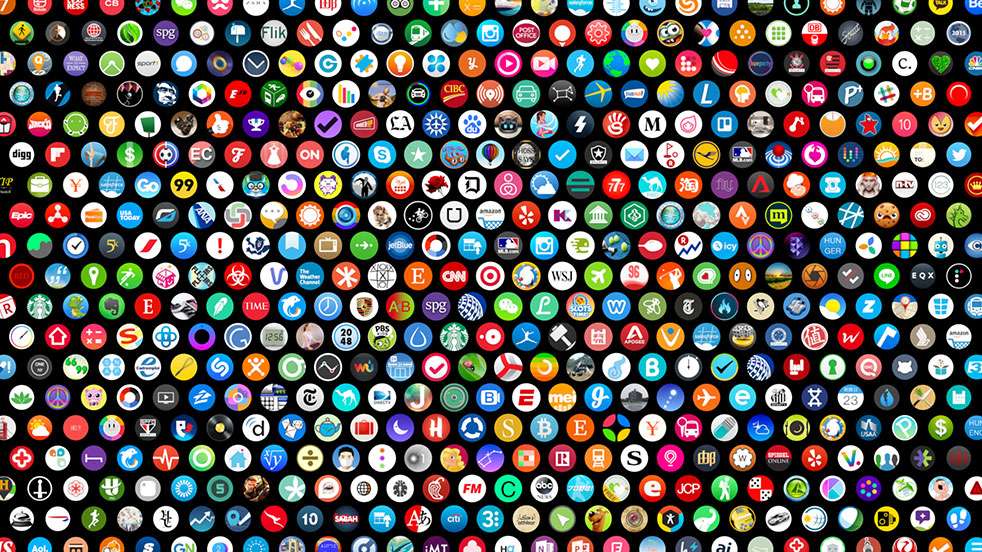 There’s also better siri, better contact support and a few more features. We’re waiting Apple, the clock is ticking! watchOS is available in the Autumn and is free for Apple Watch owners.

So that’s it! What do you think? Let us know in the comments below or on our Facebook or Twitter pages. Don’t forget to subscribe to our YouTube channel for reviews, previews, hands-ons and more.