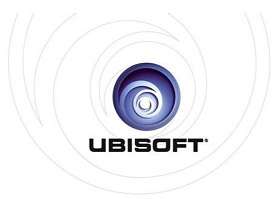 Ubisoft have been promising to deliver this year and they did with a packed event. They addressed the feedback they’ve received both positive and negative via forums and Twitter and welcomed it stating their teams listen and consider it important as they want to deliver to you, the gamer. A nice touch was the fact they had their star players in the front rows for the event and they were given a little welcome and round of applause. Yay for gamers!

South Park is back

They kicked off their event with a very clever trailer for a new South Park game: The Fractured But Whole. There was no actual gameplay shown, this was a theatrical trailer filled with all the usual South Park quips. Once Stone and Parker joined on stage, they filled in some of the details. The game will be an RPG and will continue on from the last one, you’re playing “the new kid” and the game is now superheroes. It sounds promising as you can presume the storyline and dialogue will be entertaining, let’s hope the gameplay matches up!

For Honor, a new genre?

Next up was the new franchise, For Honor. An intriguing blend of FPS type combat with third person melee weapons. Players have to weigh up their opponents, and choose when to attack and defend. You can feel the weight of both the weapon and the blows according to the creative director. The game itself looks very promising, the live demo between six people resulted in some excellent visuals of how the gameplay actually works with one player ending up trying to defend against another two until his ally joined him. Ubisoft are calling this a new genre, I would be enclined to agree and cannot wait to get my hands on a demo.

The Division, at last

A long awaited game came next, Tom Clancy’s The Division. Finally given a release date of March 2016 on all platforms. It’s an open world action RPG and actual gameplay shown of players in “The Darkzone” was very impressive. A gameplay mode where you can work alongside other players or against.

Announced as the biggest music game video franchise of all time, Just Dance 2016 is coming to all platforms later this year. Jason Derulo performed live on stage and had a little chat with the presenter and creative director about his love for the game. Two very interesting points were raised. Firstly, the game will no longer need a camera to play, you will now be able to use an app on your smartphone if you don’t have one making the game more easily accessible to many people. Secondly, the next gen consoles will receive and upgrade version of the game which is essentially a streaming service of new songs all year.
[youtube http://www.youtube.com/watch?v=Vgtj-p8etus&w=560&h=315]

A much sought after game delivered a fantastic theatrical trailer, the boss, voiced by Angela Basset joined the stage to discuss some aspects of making the game. The most exciting part of the announcement was a live five player demo of an assault mission on an estate. The players had to be tactical and move room by room, all objects are destructbale, including putting a small hole in the wall to scout and sending out drones to disarm mines. Visuals were excellent and AI for opponents appeared excellent, so much so that in rehearsal supposedly the team failed the mission! A beta was mentioned for September on all platforms.
[youtube http://www.youtube.com/watch?v=RQmwgf-HZiM&w=560&h=315]

Trackmania Turbo coming to next gen

A more lighthearted game than some of the others on offer perhaps, Trackmania Turbo is making the jump to next gen consoles. The trailer shown was from actual gameplay and replay footage. The visuals look very impressive and gameplay seemed blistering fast. A live demo showed both a sample race and the new track builder mode which allows for endlessly random combinations of courses to be created and attempted.
[youtube http://www.youtube.com/watch?v=3piye62BYf4&w=560&h=315]

Ghost Recon is back

The return of the Ghost Recon franchise has many people excited, Wildlands will be the next title and the trailer shown did not disappoint. The footage was pre-alpha gameplay but it delivered. It’s an open world, multiple option gameplay and the trailer showed various methods of taking on a drugs base, all very enjoyable in their own way. The entire globe seems to be on offer in terms of play, expect this one to be a big seller when released.
[youtube http://www.youtube.com/watch?v=WdJub3Kz2wI&w=560&h=315]

The trailer round up

Ubisoft also showed a couple of trailers throughout the event, these had no gameplay so are rounded up here! Firstly was The Crew – Wild Run, the trailer basically showed some buzz words and a couple of vehicles, hard to tell at this stage what is being offered except for “Bigger, Wilder, Faster”. My personal favourite trailer was for Trials Fusion: Awesome Level Max. Again, zero gameplay shown, but I kid you not, a bandanna toting cat, shooting a gold gun riding atop a fire breathing unicorn galloped across screen. Yep. There was also a city simulator shown, Anno 2205 the focus point seems to be the race to space, however not much else was offered. Lastly and disappointing as far as I am concerned was Assassin’s Creed Syndicate, a long theatrical trailer was offered, essentially a cut scene from the game. It will be set in industrial revolution London and you play a set of brother assassins. As always, gameplay promises to be fluid and violent. Check out the trailers below!