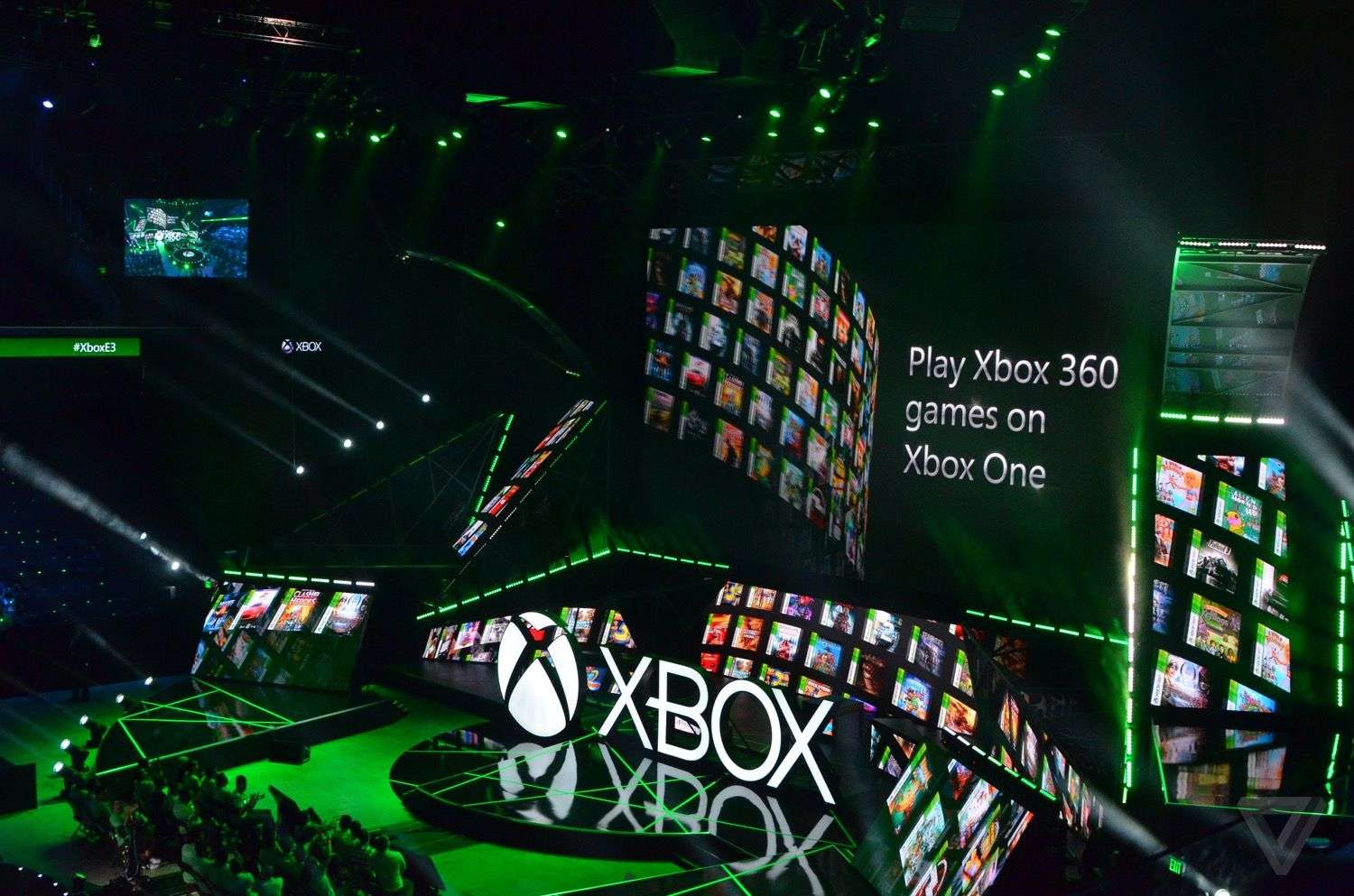 This week at the Xbox E3 2015 briefing, Microsoft showcased perhaps the most solid lineup in the history of Xbox including exclusives, blockbusters and independent titles and much more.

Microsoft’s event, unsurprisingly, began with a look at Halo 5: Guardians with various trailers and a live 4-player co-op demo. It then went into a new, exclusive, Keiji Inafune project called Recore, which looked reminiscent of a more realistic Mega Man Legends. Microsoft soon dropped a pretty big bomb afterwards by announcing Xbox 360 games were going to be soon patched to run on Xbox One via downloads, or with discs.

Todd Howard came out to discuss some new Fallout 4 details, though most of the footage was rehashed from the Bethesda conference. Then there was the Indies. It was hard to keep track of them all. The coolest of which, like last year, was Cuphead.

Of course a few things leaked before the show, but it was nice to see them confirmed. The Gears remastered collection was real. The RARE collection, which may be the best bundle ever, was also confirmed. Plus, of course, Dark Souls 3 is real.

And the shocks continued on from there. Seriously, Microsoft had one heck of a show and it’ll be hard to top. They far outdone themselves from last year and Phil Spencer certainly has a few more tricks up his sleeve. But enough teasing, here’s everything that happened at Microsoft’s E3 2015 event.

Watch a replay of the live stream above (it starts about 20 minutes into the broadcast) and then check out our highlights into a few of the announcements below;

First up Microsoft showed a demo of “Minecraft,” the world-building game it acquired last year when it bought Mojang for $2.5 billion, which worked with the company’s HoloLens augmented-reality technology. The game’s characteristic blocky buildings, people and caves didn’t appear on a screen, but rather rose out of a table as a developer on stage used holographic goggles. He then manipulated the game with his hands, voice, and by moving his head.

The demo appears similar to ones Microsoft gave in January, when it first introduced HoloLens. But this was the first time the gaming community got an up-close look, and the crowd seemed amazed.

Anyone remember when Microsoft and Sony were dismissive of backwards compatibility? Anyone? Now that the consoles have been out for a year and a half, though, the companies are walking that back. Around the end of the year, Microsoft will make its first batch of around 100 last-generation Xbox titles playable on the console, with a promise that players won’t have to pay for titles they already own. The Xbox One can’t play Xbox 360 discs, but will instead download playable versions free once it recognizes a game that players insert. The company said “hundreds” of titles will be compatible by the end of this year, with more coming next year. (Gamers that sold their Xbox 360 games after getting an Xbox One, though, seem out of luck.)

The footage starts with Lara ascending an ice-covered mountain, with plenty of tense action as her companion makes life difficult and Mother Nature conspires against her. After finding solid ground, Lara out runs an avalanche, only to be eventually consumed by it.

Taking more than a few cues from Sony’s Uncharted, Rise Of The Tomb Raider will show Lara’s continued evolution from gap year rich girl to the battle hardened explorer we know and love.

Originally announced for Xbox One at Microsoft’s E3 2014 press conference, it will be published by Microsoft for the duration of its timed exclusivity, after which one can assume it will likely turn up on PS4. There’ll be a 360 version too – but fair warning it won’t look this good. Rise Of The Tomb Raider will be released on Xbox One and Xbox 360 on 10 November

THERE’S A NEW XBOX ONE CONTROLLER

The “Elite” wireless controller for the Xbox One is set to come to stores in October. The new Xbox Elite Controller earns its classification with a huge number of tweaks and options. 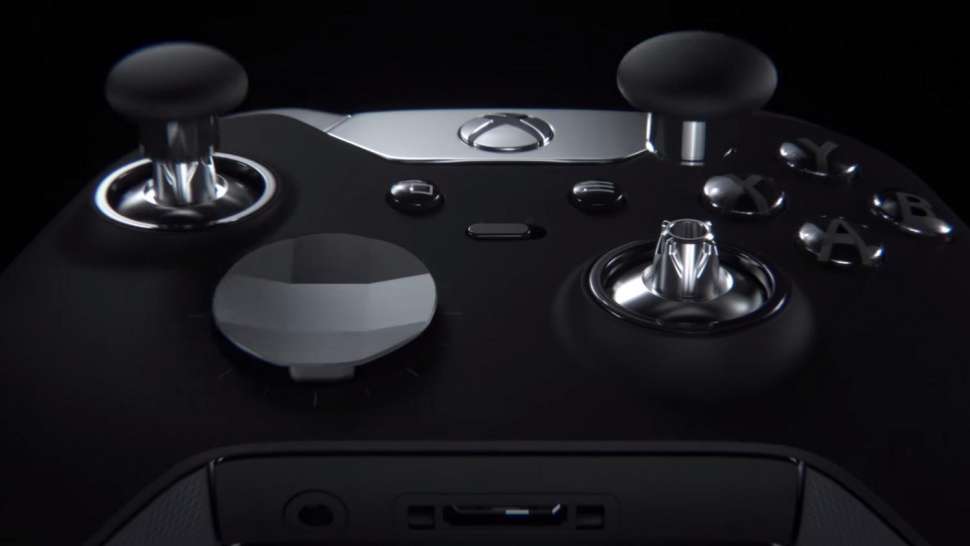 What has changed? The device promises extra precision, as well as some potentially game-changing customization options. This enhanced version of the controller comes just days after it was announced that the standard model is set to be bundled with the consumer release of the Oculus Rift. Contrary to most console controllers, it will be possible to remap input across the entirety of the controller. In addition to this, you’ll be able to swap out components like the directional pad and analogue sticks to fit your personal preferences. It works on Windows 10 as well as the Xbox, making it a bit of a competitor to the computer-friendly and similarly re-mappable Steam Controller.

Microsoft is bringing early access to consoles for the first time with Xbox preview. Early access is a system where players can play games that are partway through development. Made popular on the PC, this is a first for consoles. Every game made available through Xbox preview will have a free trial so players can make informed choices. Elite Dangerous and The Long Dark will be available immediately with DayZ promised for the future along with creator Dean Hall’s new title, ION.

We generally know very little about the post-apocalyptic ReCore, a whole new franchise coming exclusively to Xbox One, from Megaman and Metroid Prime creator Keiji Inafune. It is being developed by Inafune’s studio Comcept and Armature Studio. Playing as one of the last surviving humans, you and a robot companion must explore a mysterious world, with said companion able to inhabit numerous mechanical bodies.

RARE TAKES TO THE SEAS WITH THIEVES

Microsoft-owned studio Rare has made a big impression at the E3 press conference, announcing Sea of Thieves, a “shared world adventure game” described as “by far the most ambitious game Rare has ever created”. In an announcement trailer alleged to have been captured in-game, we see a luscious jungle island before the action transpires to a pirate ship sailing the seven seas. All the while, fellow players can be seen working together.

THEN OPENS UP IT’S BACK CATALOGUE

Rare also announced Rare Replay, a 30-game compilation of some of Rare’s most famous titles – such as Banjo Kazooie, it’s sequels, Viva Pinata, Conker’s Bad Fur Day ,Blast Corps and Battletoads will be bundled and sold for $30 this August. Sadly but predictably, it looks like the especially beloved games Goldeneye and Donkey Kong Country won’t be included.

GEARS 4 BUZZSAWS JUST IN TIME FOR HOLIDAYS NEXT YEAR

Gears of War 4 has finally been announced with an action-packed on-stage gameplay demo. The Xbox One exclusive will be the first Gears title from The Coalition (formerly Black Tusk Studios) since being handed the license after Microsoft acquired from Epic Games last year. Looking as good as you’d expect and featuring two characters new to the series, the game was given a vague release date of Holiday 2016. As it did with the Halo series, Microsoft is also remastering Gears of War, with an “ultimate” edition available in beta today.

HALO 5 IS COMING AND IT STILL LOOKS AMAZING

FINALLY as was expected Microsoft demoed their 4 player co-op, followed by a story and multiplayer trailer for Halo 5: Guardians, which also appeared at last year’s E3 as well. This time though we’ve now gotten a much better look at the game’s cooperative combat and its over-the-top cinematic graphics. Among other things, there’s a new multiplayer mode called “Warzone,” and the multiplayer maps in general are supposed to be several times larger than in past games. Halo 5 is coming out in October