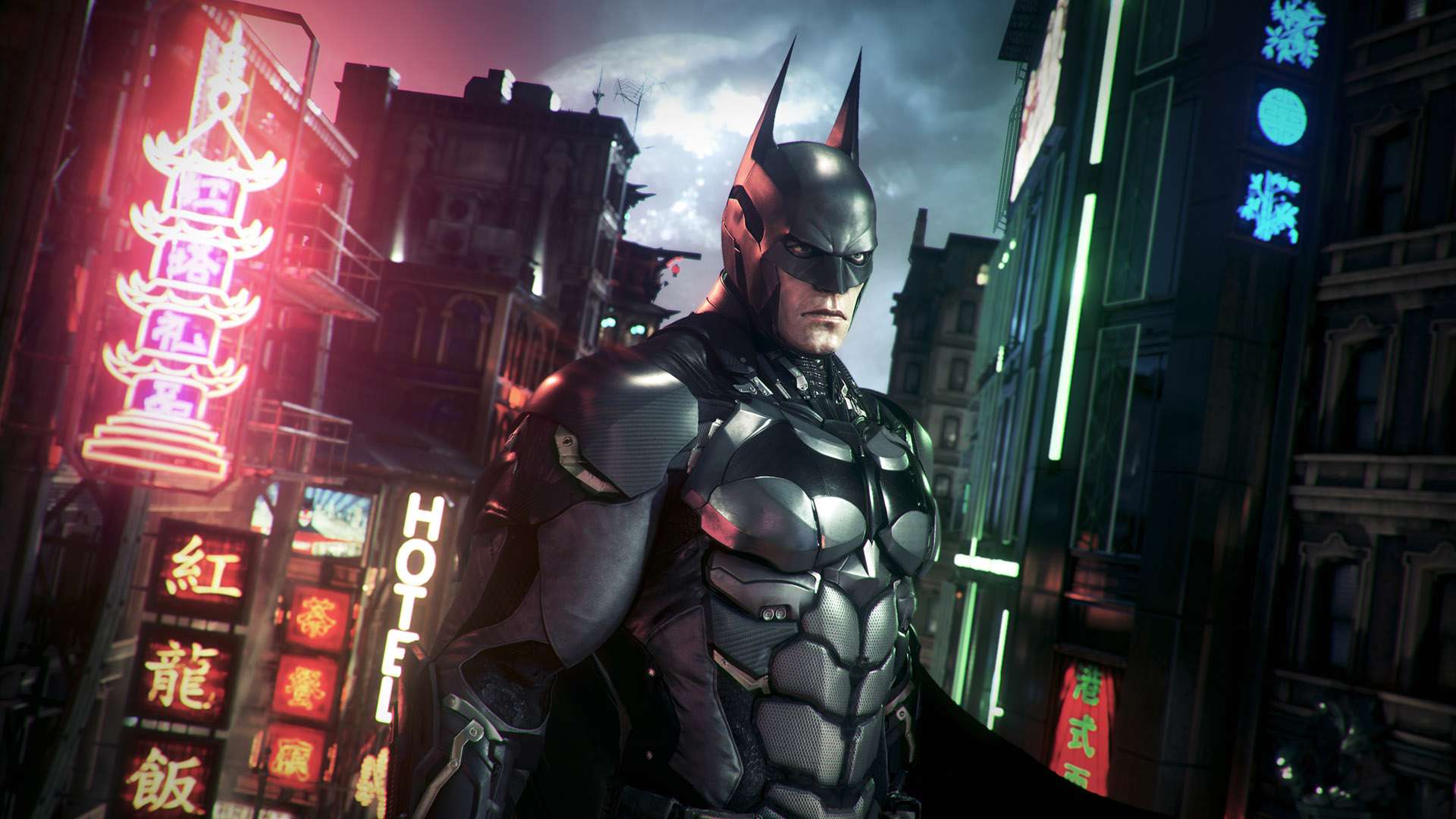 So after months and months of delays and many teaser trailers, Batman: Arkham Knight has finally arrived on PS4, Xbox One and PC. (this version has actually been pulled from stores for the foreseeable future as RockSteady work on some serious frame-rate issues users are experiencing.)

Officially announced as the last instalment in this already fantastic franchise (we’ll just ignore Batman: Arkham Origins) Rocksteady really had a lot to live up to and with delay after delay, they really had to present something special… and they did. Here is what we thought of Batman: Arkham Knight. 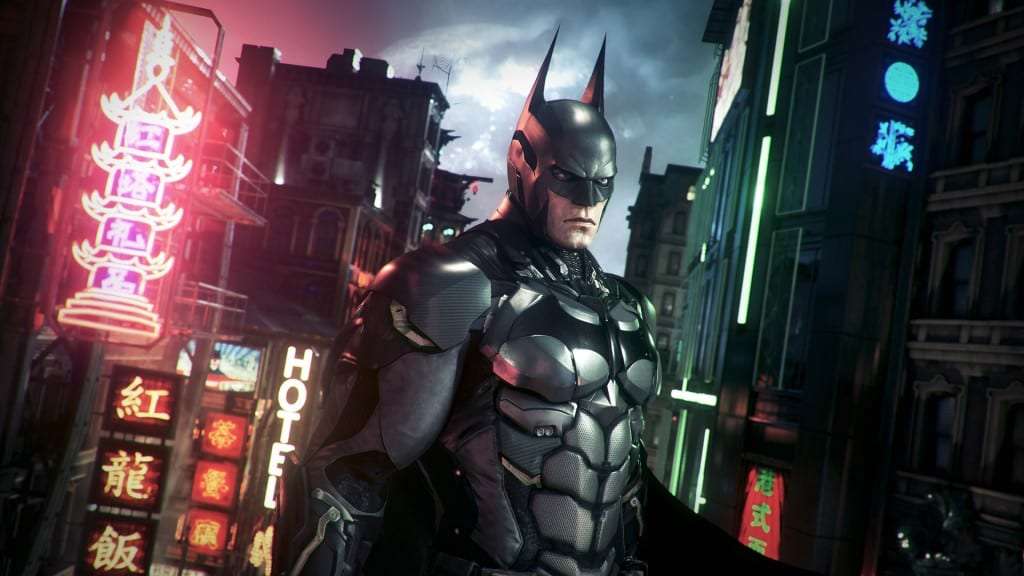 “Batman: Arkham Knight’s plot plays out brilliantly well with each revelation edging you on to the next.”

Story is probably one of the strongest points for this franchise and rightfully so given the vast heritage and history Rocksteady had to work with from the Batman universe. For Batman: Arkham Knight, the plot is said to be a direct follow on from the narrative in Batman: Arkham City.

(Mini-spoilers ahead) With the Joker now gone, Gotham has been left without a central nemesis to fear so it wasn’t long for someone to take up the mantel. Scarecrow has taken control and has terrified the residents of the city into evacuating as he has created a toxic gas that he threatens to release across Gotham. 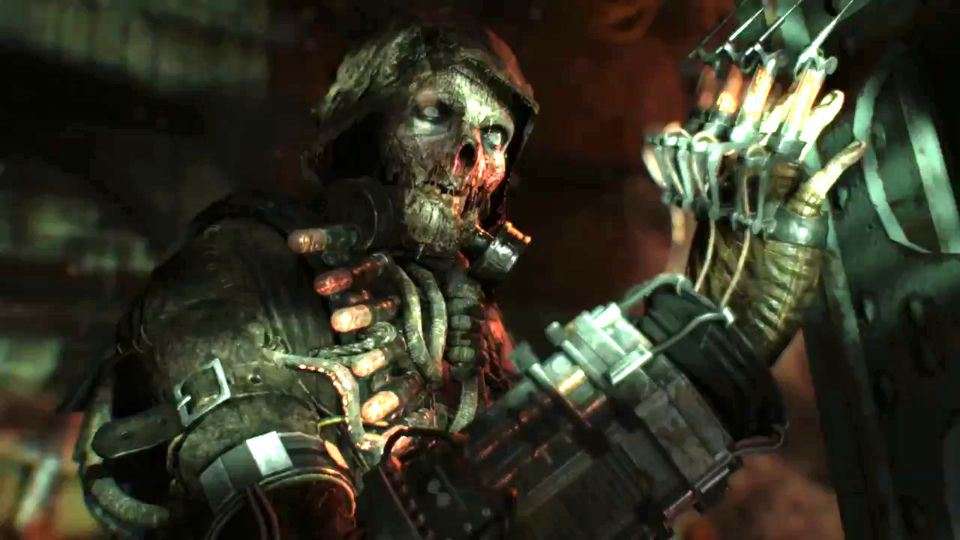 As always, Batman is quick off the mark to hunt down Scarecrow and foil his plans to release his deadly toxin into the world and that’s where your story begins. As the narrative develops, more and more of Batman’s foes come back out of the woodwork and you must team up with your own allies to take them on. There’s everything from Riddler’s mind-melting challenges to the full-on fight feast you must partake in to keep Penguin’s gun-trafficking endeavours at bay. 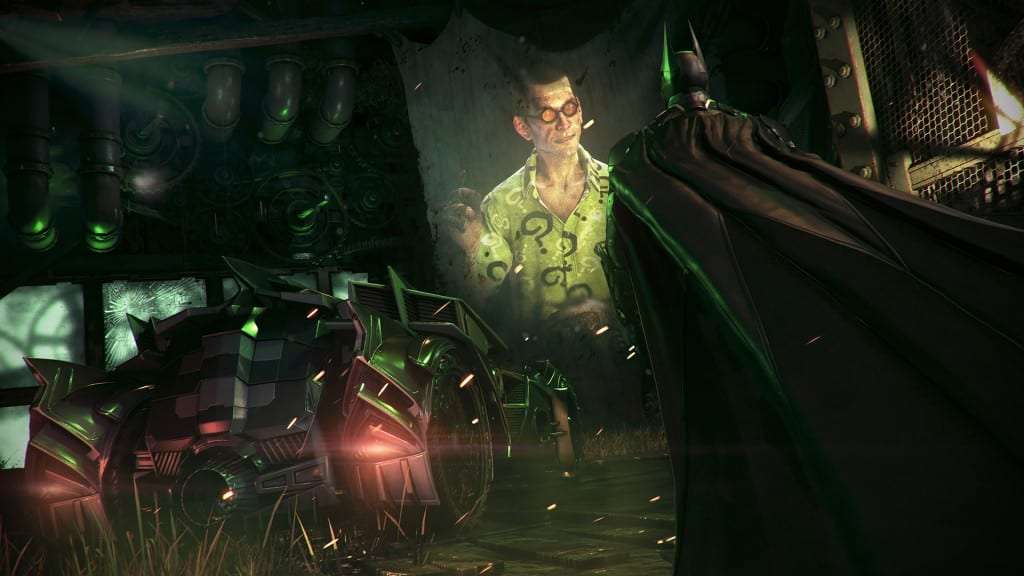 With twists and turns all the way along the storyline and with the new mysterious Arkham Knight character to deal with, Batman: Arkham Knight’s plot plays out brilliantly well with each revelation edging you on to the next. With an ending fit for the finest of Batman’s big screen adventures, Rocksteady have proven themselves to be masters of the Batman narrative and how best to apply it to an open world mechanic.

“I, for one, actually really enjoy the battle scenes with the Batmobile…”

Again, here is a section where Rocksteady have lead the pack in terms of a variety of gameplay features such of fighting and stealth mechanics along with the ‘CSI’ investigation aspects of the game. Batman: Arkham Knight really ups the ante on all these fronts and everything appears to have been honed to an extremely high level. The fighting systems in place are as tight as ever and now, with the ability to ‘double-team’ with various allies such as Robin and Catwoman at different sections throughout the game, a whole new level has been added to the already brutal melee abuse you can inflict in the game. 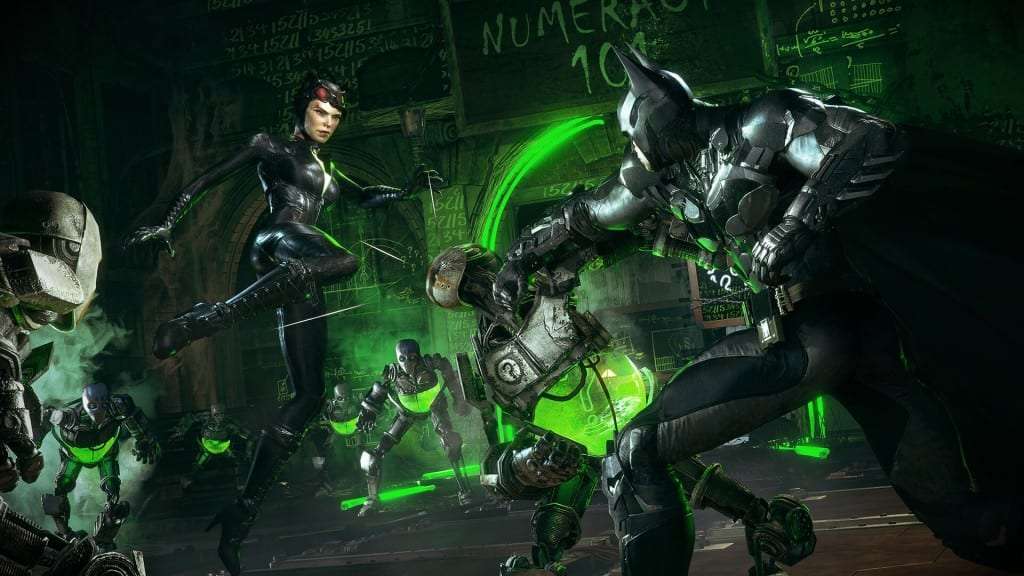 We can’t mention gameplay without mentioning one of the main selling points of this instalment. New to Batman: Arkham Knight, you can now drive a fully-functioning Batmobile wherever you like around this freshly-abandoned Gotham.

Many have seen this as too disruptive to the overall Batman playing experience and the sections of the game where you must fight off drone after drone with your Batmobile in its badass ‘battle mode’ are seen to go against what Batman as an character is all about. I definitely understand why people are a bit put out about the sheer about of main storyline sections the Batmobile is used for throughout the whole game but, for me, it’s one of those things that ‘if you can’t change it, just embrace it’. 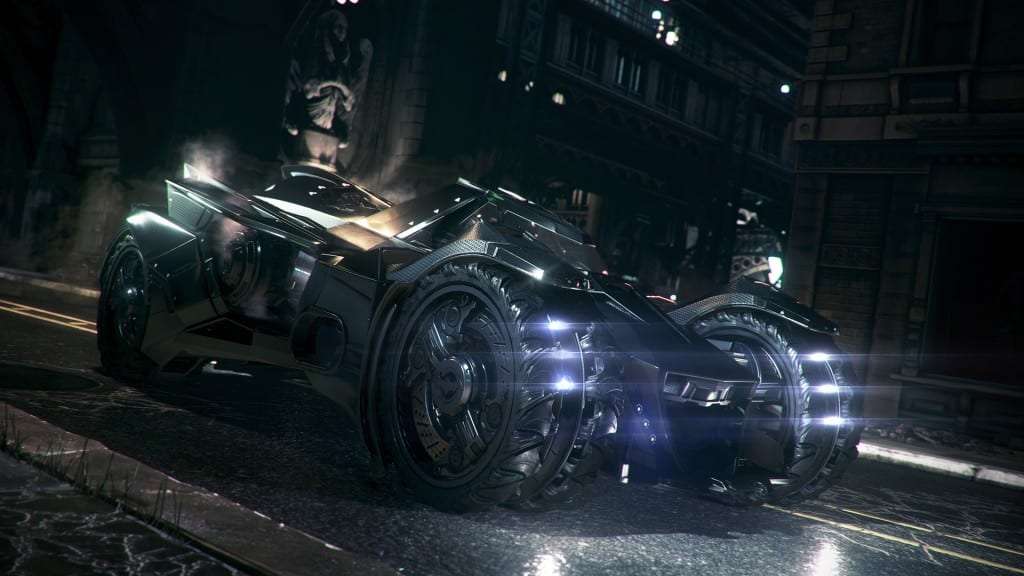 I, for one, actually really enjoy the battle scenes with the Batmobile as I think it adds an great additional level to the overall variety of gameplay on offer and it’s just cool to see how unbelievably powerful this ‘mobile death-machine’ really is. It’s a nice juxtaposition to the quiet, stealth-centric parts of the game as well in my opinion.

“…Batman: Arkham Knight is, without a doubt, the best looking game you can play right now on this generation of consoles.” 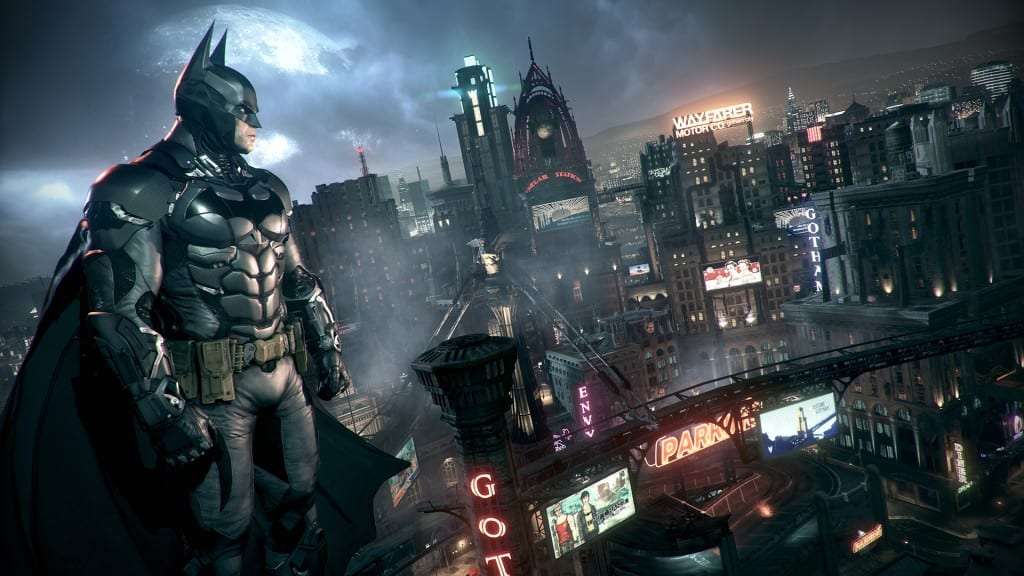 Using Epic’s Unreal 3 engine to perfection, Rocksteady, who were developing this game for the PS4 and Xbox One even before they knew their actually specs, have really proven themselves in delivering the most believable digital Gotham City yet. 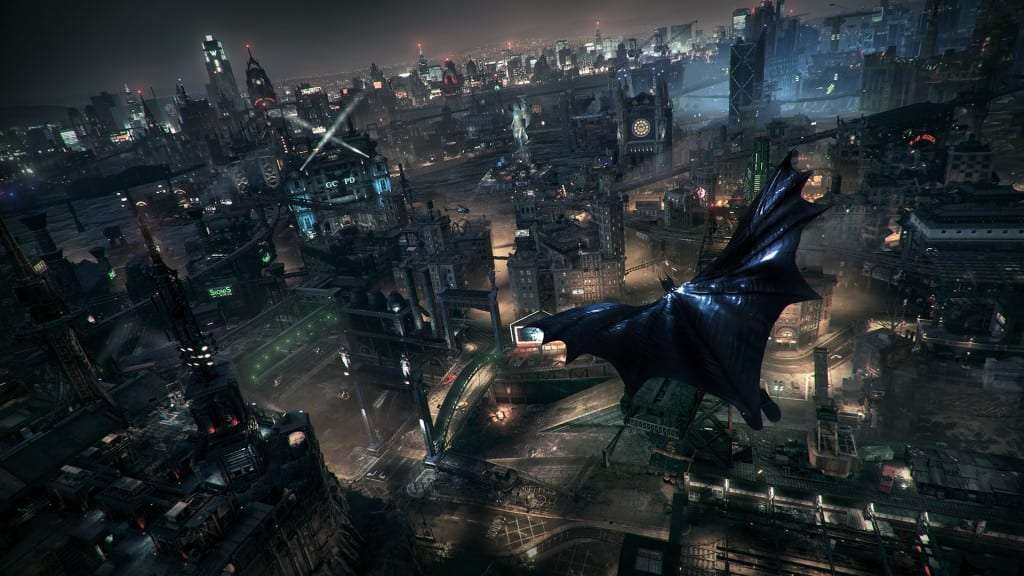 Everything from the lighting, reflections, rain effects and destructibility of the city itself make Gotham and its inhabitants (mainly thugs and goons) look simply fantastic on any screen. I honestly can’t go on enough about how good this game looks but when you take your first leap off faith of a building’s edge to glide across the neon-soaked skyline of Gotham, you’ll see what I mean.

So, having pretty much completed the game and experienced all that Gotham, its villains and everyone else in between has to offer, I can honestly say that, if you’re any sort of self-respecting gamer, you MUST play Batman: Arkham Knight.

Rocksteady really have created a beautiful swan song to the heritage that is the Batman Universe and their digital insert into the Batman legacy will definitely be looked on favourably for years to come.

Batman: Arkham Knight was reviews on a Playstation 4 with a review copy of the game and the ‘day 1’ update applied.