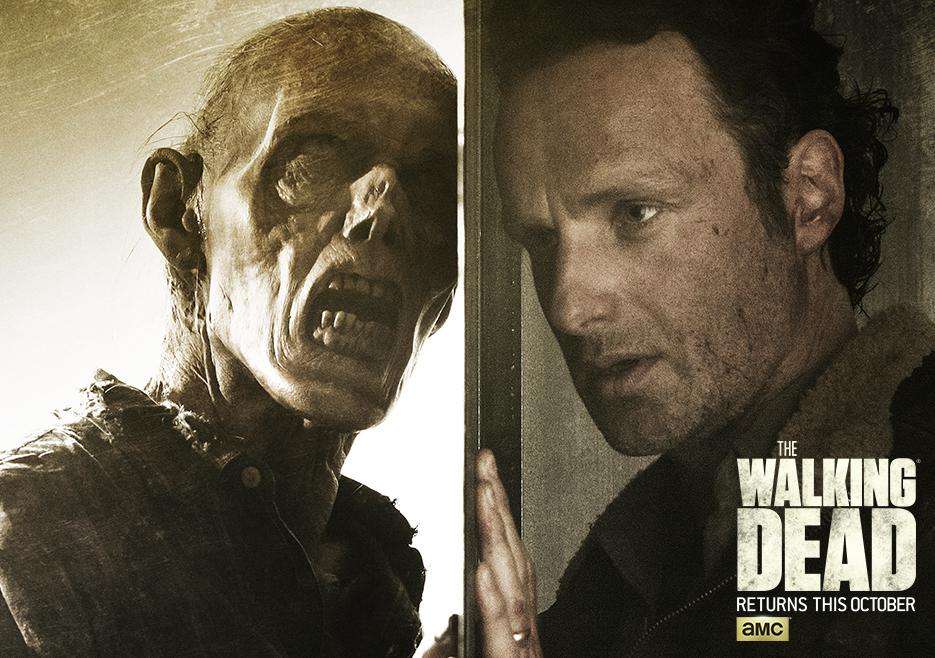 The Walking Dead Season 6 trailer is 4 minutes long and more intense than any previous TWD trailer, showing the group struggling to maintain order and work together after the return of Morgan and murder of Reg by Pete and subsequent execution of Pete by Rick at the end of Season 5.

Fear The Walking Dead on the other hand feels more like a movie trailer and explores the beginning of the zombie outbreak, a period of time noticeably absent from TWD and the comics as Rick was in a coma for it all.

An interesting bit of trivia is the character who wakes up in the church is Frank Dillane, the son of Stephen Dillane aka Stannis Baratheon from Game of Thrones.