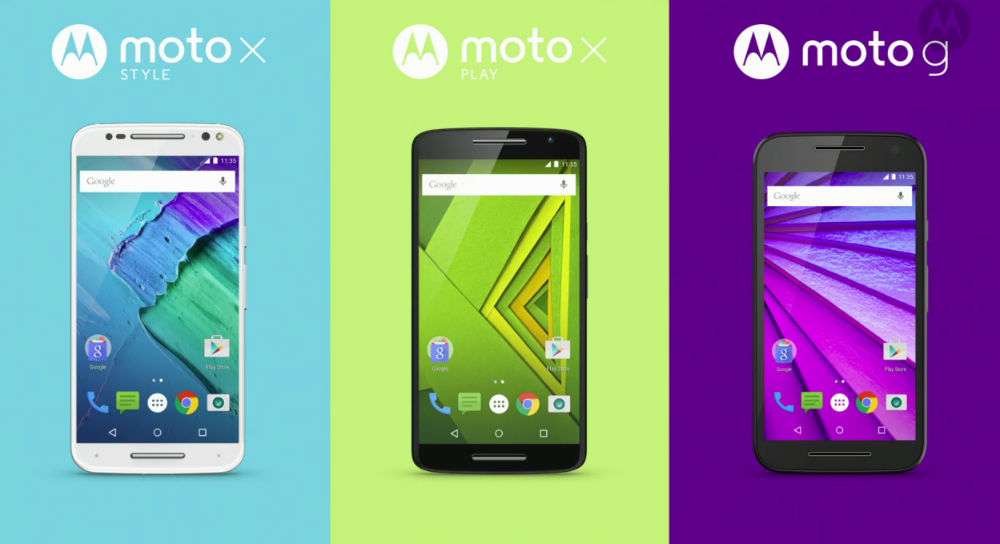 So Motorola have just unveiled their latest offerings in the smartphone arena and we’re extremely impressed by what’s on show. With a live multi-city launch presentation, Motorola really wanted to send the message that they’re all about personality and customisation while still having the cutting edge specs for those die-hard tech fans. Here is a breakdown of the phones that were announced. 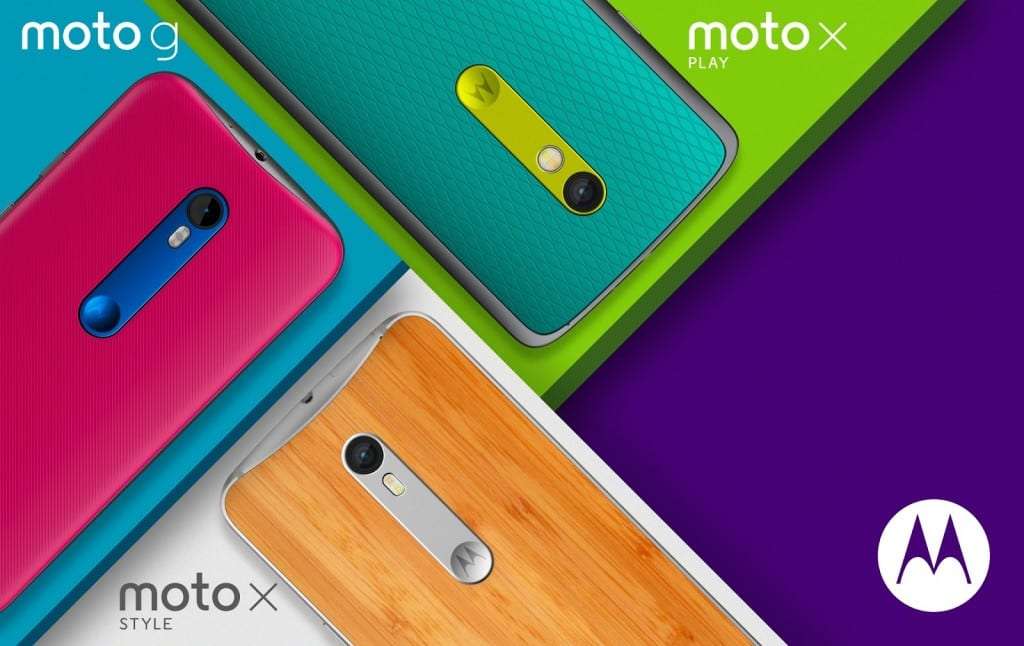 Seen as Motorola’s new flagship phone, the Moto X Style is quite a beast of a device. Here is a breakdown of its specs:

The Moto X Style can been seen as direct competition to the likes of the Samsung Galaxy Note 4 (and soon to be released Note 5) along with the iPhone 6 Plus in the phablet market. Motorola made sure to highlight just how good the new camera is in the Style but we have to wait a little longer to get our hands on one to test it out. At 179g, the Style definitely isn’t a light phone but I guess all that cutting edge tech encased in a smartphone chassis comes at a price.

The Moto X Style also sees the welcomed return of the customisable backs (see below) options along with the Moto Maker online design choices to allow your creativity run wild. Unfortunately, the Moto Maker isn’t available in Ireland but that might chance with the release of these new phones. 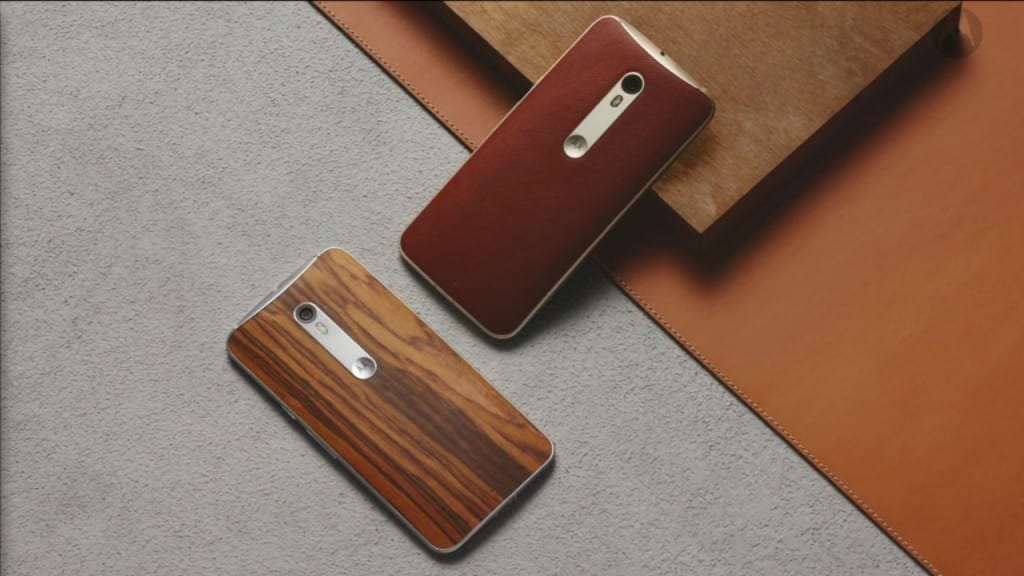 The Moto X Style is expected the launch in September and it has a rumoured RRP of €499 for the entry model. We’ll update this section once we get more info.

Now this is the handset that got most of the guys here in the office excited. The Moto X Play again has some extremely impressive specs which you can see a breakdown of below:

Out of all the above specs, the most impressive one and the one that will make the biggest difference in your day to day life is the battery size. Coming in at a whopping 3630mAh, the Moto X Play has one of the biggest smartphone batteries on the market today.

To put this into context, the iPhone 6’s battery is just 1810mAh so the Moto X Play’s battery is actually more than double the size! Again, the Moto X Play has the same camera as the X Style that we heard so much about so again, we’ll hold off judgement until we get to test one of the units ourselves. 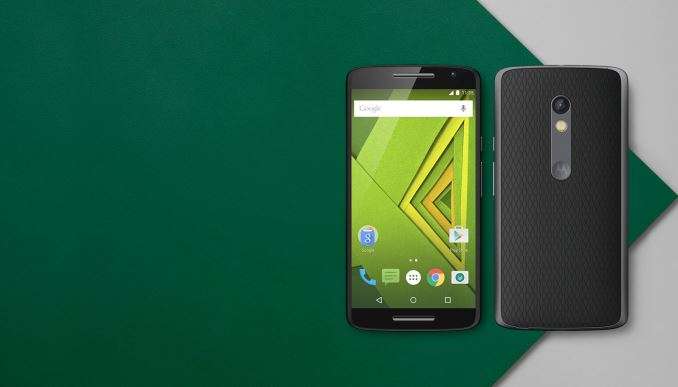 The Moto X Play is set to release here at the end of August, early September and it has a rumoured RRP of €349 for the entry model.

Finally, the last phone announced was the 2015 edition of the Moto G which is Motorola’s entry level phone. An extremely popular handset in the developing countries, the Moto G’s specs are understandably toned down in comparison to the Moto X phones and to keep costs down, here are the official specs:

Out of all the above specs, one of the newest and most welcome additions is the IPX7 waterproofing the phone now has. Shown off with the (now overused) stunt of dropping the phone into a fish tank, the Moto G was still working fine after it was removed.

The Moto G also boasted having the same camera optics as the Nexus 6 which a very nice addition for such a well priced handset. 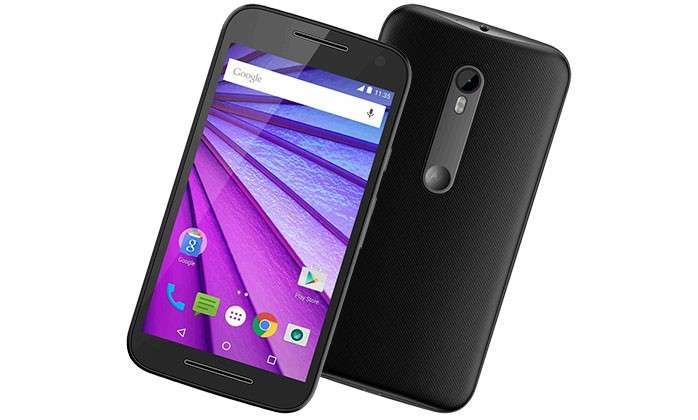 The Moto G will be available in Ireland from the first week of August with an RRP of €179 Pre Pay or from free Bill Pay from Three Ireland, Meteor and Tesco stores.